Review – Young Thug Reveled in his Overdue Superstardom at the Fillmore

At first glance, Young Thug seems like pop music’s most ubiquitous sidekick. He’s featured on Camilla Cabello’s 2017 hit “Havana” and Post Malone’s 2019 single “Goodbyes” — the latter amasses over a million daily streams. This year, Ed Sheeran brought him on as a guest artist for his No. 6 Collaborations Project, and Lil Nas X enlisted him — among other superstars — to make one of the summer’s many remixes of “Old Town Road”. The 28-year-old rapper from Atlanta’s Jonesboro South projects even won a Grammy for his contributions as a songwriter and backup vocalist on Childish Gambino’s 2018 masterpiece, “This is America”.

All this activity and influence warrants a shift in perspective. Perhaps we should see him not as an eye-catching peripheral comet within the mainstream music universe, but as a central force around which all other artists orbit. His newest album, So Much Fun, and subsequent “Justin Bieber Big Tour” — which swept the Fillmore on November 5 — go a long way in rebranding him as one of the dominant industry stars of the last decade.

In order to reintroduce himself as a chart-topping celebrity with a scope comparable to Justin Bieber’s, Young Thug (born Jeffery Williams) first had to define and refine his own act. Thus, this tour performance — like his latest album — was less experimental and less risky than past ventures. Instead, he opted to solidify his famed idiosyncrasies, such as his multifarious vocal delivery, his clever song sequencing and his plotless, parade-like verses about lawlessness and excess. The concert didn’t take anyone by surprise, but it did showcase a purer, idealized version of Young Thug — a cohesiveness his fans yearned for and were grateful to receive. 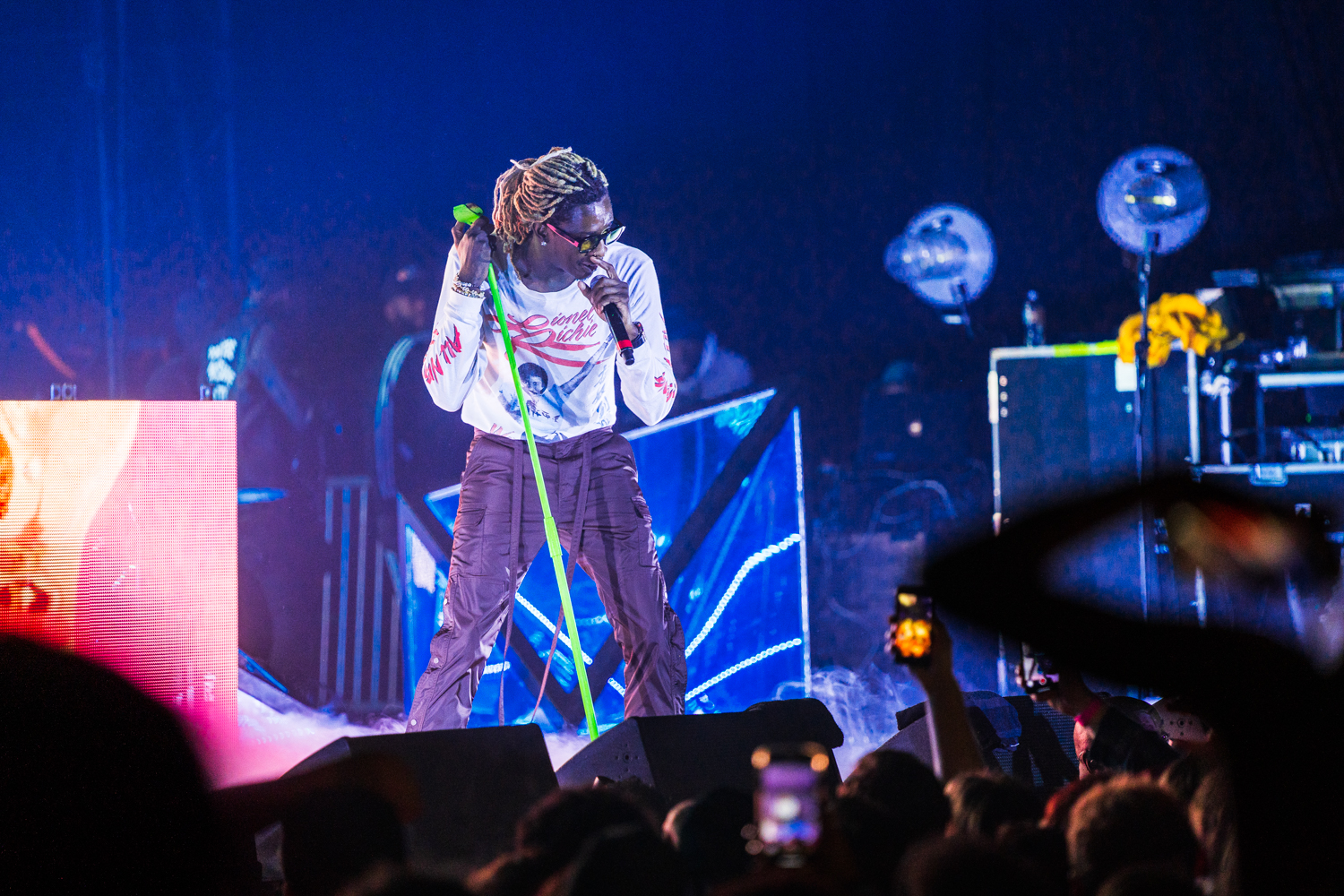 Thugger’s Denver show began with more than two hours of opening acts — a slow build experience that mirrored the artist’s relatively long journey to commercial success and mainstream recognition. Four supporting acts — each with their own DJs — graced the Fillmore stage, beginning with Young Thug’s sisters, known as the Slimestas, and continuing with RJmrLA, Killy, and Flipp Dinero. All of them gave earnest performances but nevertheless failed to energize the crowd as much as their DJs did, who played classic turn-up songs like DaBaby’s “Suge” and Lil Baby and Gunna’s “Drip Too Hard”.

In a way, Waka Flocka Flame was the most successful opener — he wasn’t at the concert, but when “Grove St. Party” and “Fuck The Club Up” blasted through the auditorium speakers, folks on the floor flew off the handle, jumping for so high and so long that their bodies and spirits soared. 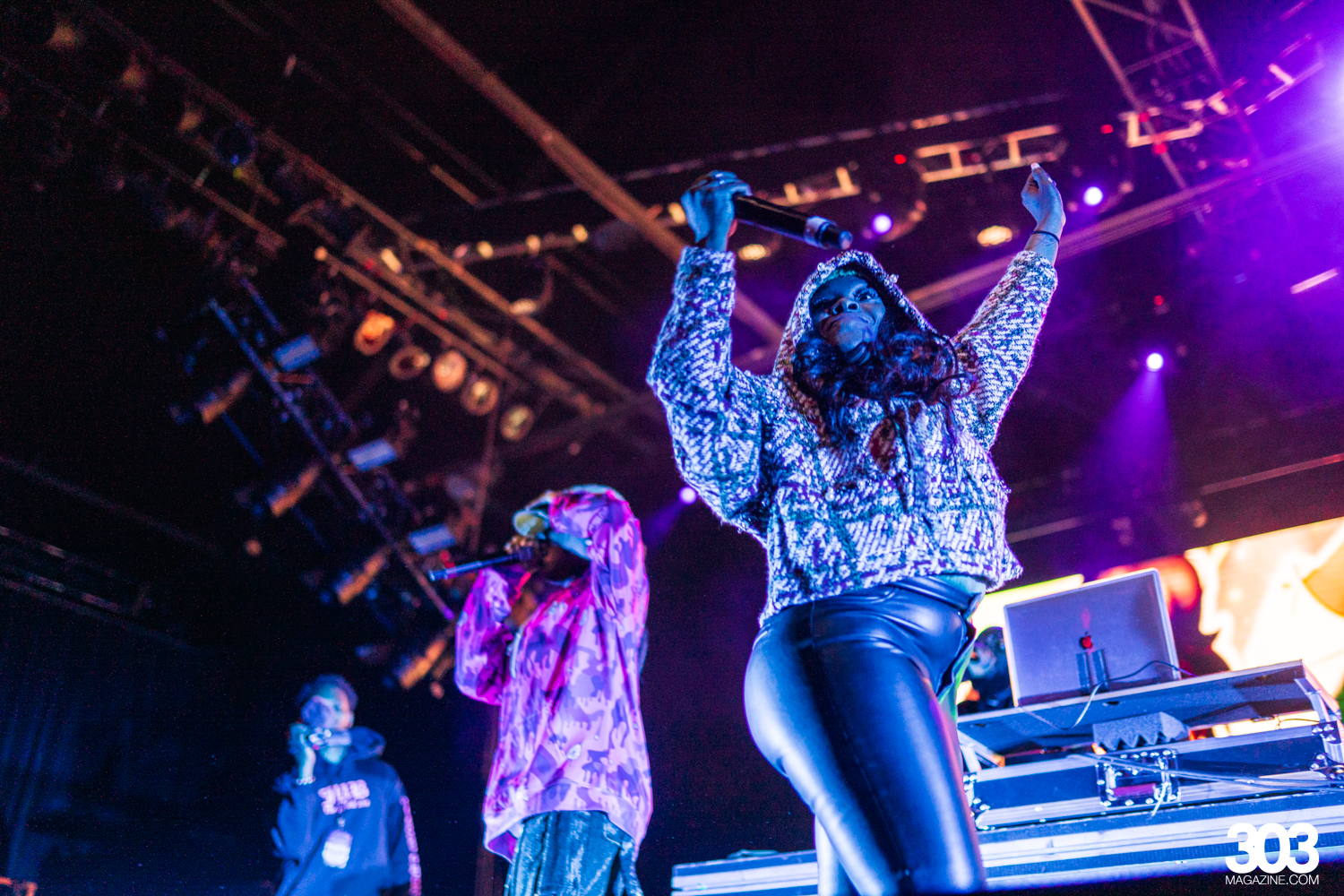 By the time Young Thug came on stage, the audience’s hunger verged on desperation, and the third song he performed — “With That” from the 2016 mixtape, Barter 6 — was the first one they could really sink their teeth into. It inspired a joyful type of ferociousness that left several audience members physically wounded yet emotionally rejuvenated. During this song, the screen backdrop broadcasted a glitchy, rotating, rough 3D model of Medusa’s head — an example of the surrealist free-association that’s become classic to Young Thug.

Overall, the show’s visuals benefited Thugger’s performance. Looping glitch-art portraits of the rapper, neon animations of various animals and kaleidoscopic cinematography of luxury accessories drew the audience into the contagious playfulness occurring onstage without overshadowing it. Since Young Thug himself rapped almost the entire night, he didn’t necessarily need the extra production, but this is a Justin-Bieber-Big tour, and boy were we glad he pulled out the bells and whistles. 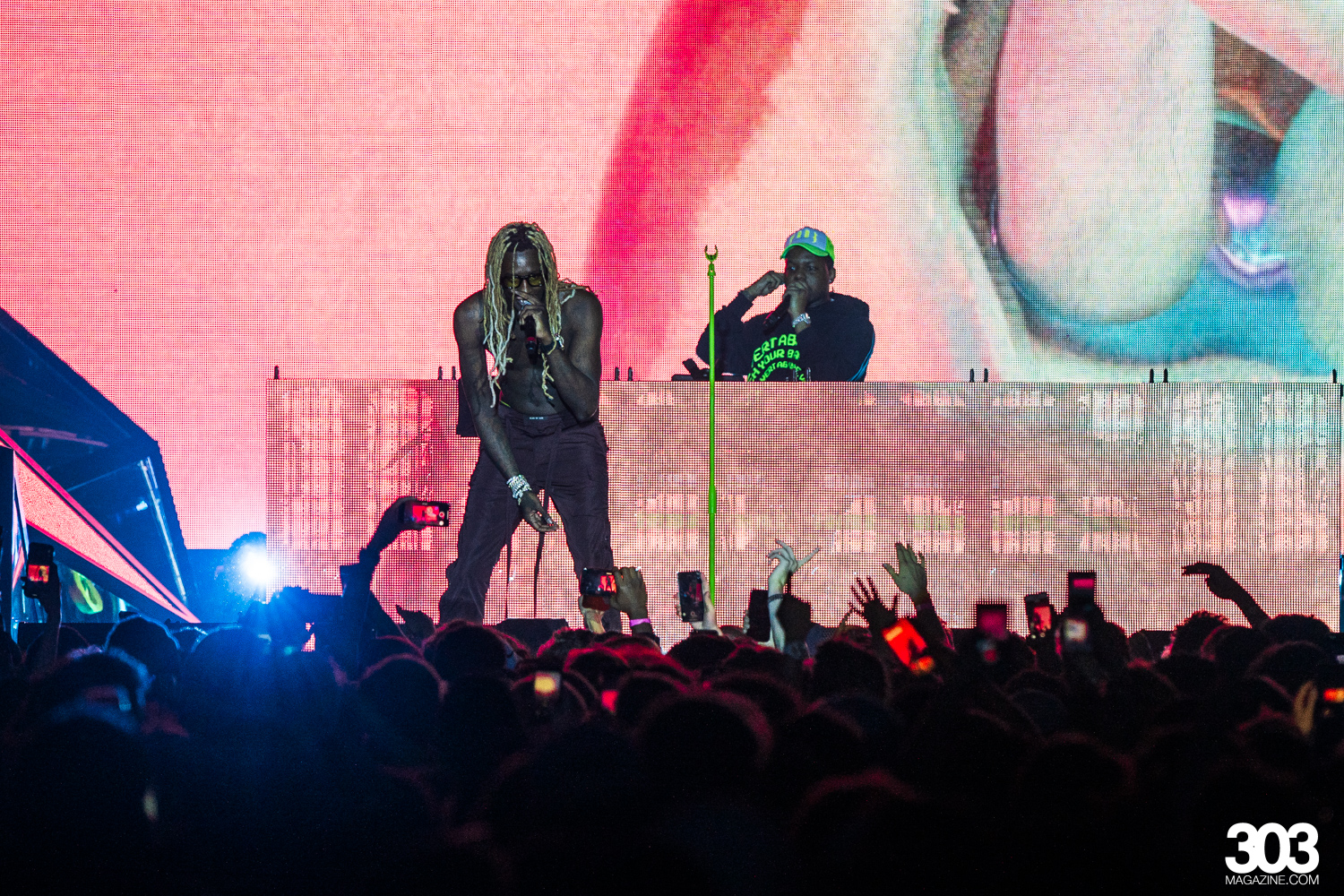 The second half of the show was the most enjoyable part of the night, due largely in part to Young’s setlist structure and pacing. Denver’s concertgoers didn’t get to experience in person the new album’s ludicrous transition from “Bad Bad Bad” — a song that features Lil Baby — to a song called “Lil Baby”, in which he mentions nothing of the titular rapper but namedrops 10 other artists. However, the night’s sequencing — attuned to the energy levels of the atmosphere — was effective for a different reason.

To cool down the uncontained fervor that “Hot” ignited, Williams performed “Relationship” and “Pick Up the Phone” — two relatively sentimental tracks for a typically perverse artist. He rapped the last verse on both of these tracks a cappella, which encouraged audience participation and maintained emotional connectivity with the audience in spite of the downshift in intensity. He turned the heat up a notch with the next song, “Best Friend” — the only song during which he crowd surfed — and sustained that momentum by rapping his verses on Rich Gang’s 2014 song “Lifestyle,” in which he infamously details sexual dysfunction by way of drug usage. 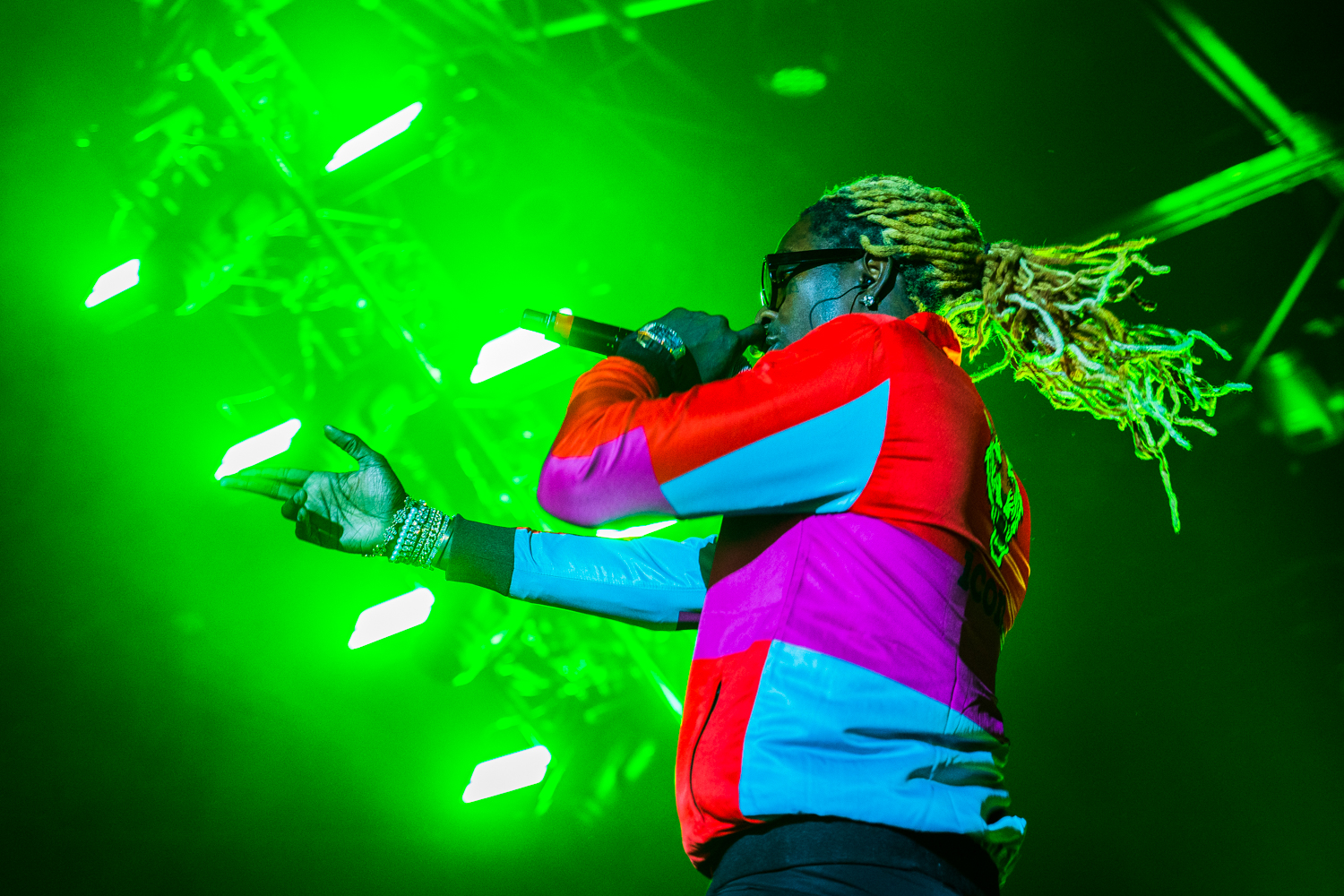 The final song Thug performed was the May 2019 single, “The London”, which features J. Cole and Travis Scott. To date, it’s his highest-charting song as a lead artist, and arguably his least adventurous and most aesthetically refined track. His decision to end the show on this note — as he’s done on all nights of this tour so far — sent a clear message that he’s ready to behave and be treated like a polished headlining superstar.