Mandy Groves and Shinu Talk About The Process of Elimination

Denver-based vocalist Mandy Groves was writing love songs before she even knew what love was. Her wide eyes sparkle when she speaks of the emotion, both imagining the whimsical fantasy of Hollywood “rom-coms” and the thorny reality of watching love end with tears in her eyes or a bitter taste in her mouth (“I was writing ‘Tyrone”-esque lyrics when I was 10″). Romance is the beating heart of Groves’ music, a reckless driver that informs her story. Even as a little kid, Groves recalls listening to one of her favorite bands, Lincoln Park, and wondering why the band she loved shied away from the emotion. In fact, she remembers not even understanding how it was possible. Nowadays, Groves has been around the block enough times to know what love is but that hasn’t stopped her from plucking the petals off the daisies just to pick them back up again. 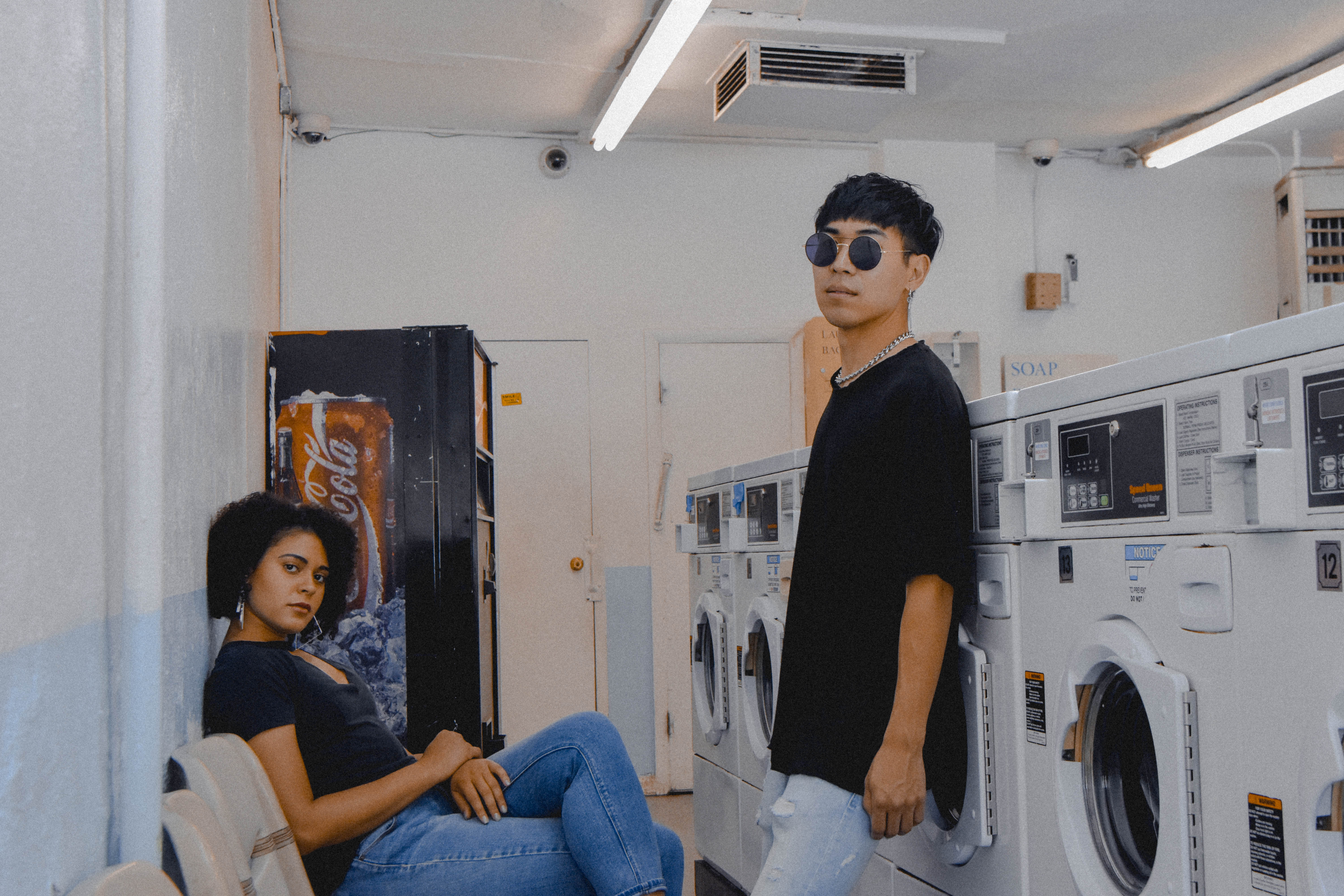 28-year-old Groves is a bright-eyed and animated Denver native — a career entertainer who also lists acting, modeling and dancing among her creative calling cards. It’s not hard to imagine an alternate universe where the multi-faceted singer could’ve been groomed in a Mickey Mouse Club, poised for childhood stardom. With her distinctively reedy voice and her over-the-top personality, she was born for this.

Perhaps that’s what led her emerging producer co-pilot, California transplant, Shinu to link up with her for this year’s excellent EP, Blame. The project, recorded at a breakneck speed over the course of a month, shows Groves and Shinu sharing vulnerabilities. The collaboration has Groves tracking heartache and betrayal, while Shinu steps out on his own, following a two-year hiatus due to the pressures of naysayers discouraging his dream. The result is a genre-skipping clap-back to the two collaborator’s respective situations.

A classically trained pianist turned producer, Shinu was connected to Groves by a mutual friend with shared aspirations to chart their own path on their own terms. Groves, a longtime singer with the local outfit, The Wash Park Band, yearned to chart a path of originality when one failed to materialize with the cover band. Sick of working with male producers and collaborators who had ulterior motives — a narrative she insists she doesn’t want to push but is true nonetheless — finding Shinu was a change of pace.

“Every time you put something out there’s always progress — we don’t plateau,” says Shinu. “Every time we put something out we just keep going higher and brand new ideas keep popping up. When we first did Blame, that was the hardest struggle for me because I’ve never worked with another artist before.” 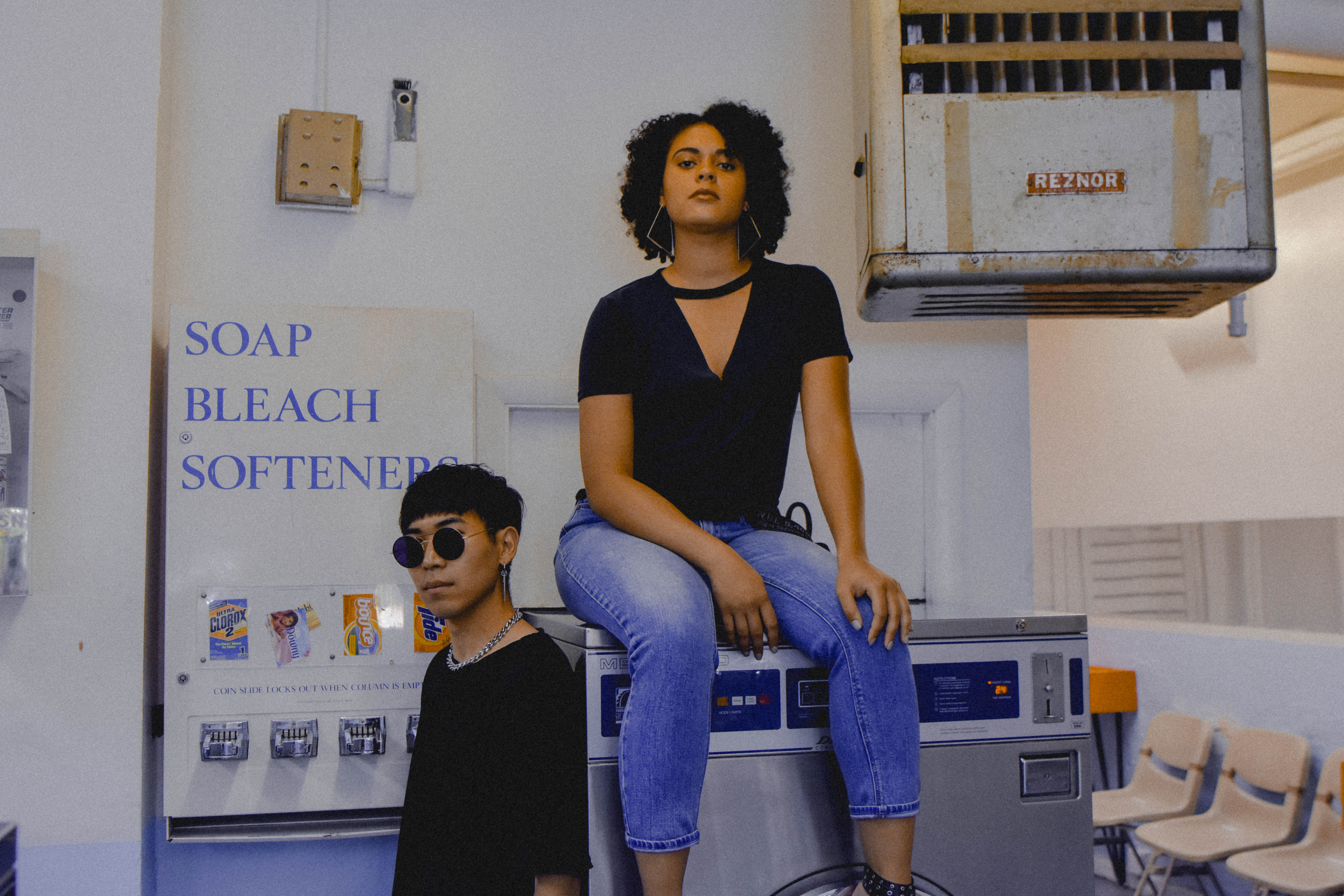 A change of pace in both the literal and figurative sense, Groves’ relationship with Shinu is built on trust and creativity and not transactional as many prior music industry relationships posed. Together the two build their songs from the ground up — Groves contributes her heart-shaped lyrics in an assortment of conditions and Shinu builds a musical tapestry around them. Look no further than the duo’s new song, “Blow,” the first release post-Blame. Continuing down the R&B-tinged house music route, the two are a force to be reckoned with  – throwing together a vibrant sound and image that Denver isn’t accustomed to.

“I was really trying to get on a new path in my life, where I surrounded myself with good people,” says Groves reminiscing on making Blame.  “I had been through just all at once, a ton of shit where people were just treating me like a freaking punching bag and So I said, ‘no more’.”

For both of them, all it took was cutting out the detractors and cutting a space for themselves, to fall back in love with what they loved in the first place — the music.