Let’s be honest, throwing a party is exhausting. The incredibly small party hats and even shorter small talk, the uninvited guests and don’t even get started on the uncomfortable turtle necks — er, perhaps we mingle in different circles. Regardless, if you’ve never been to Denver synth-pop band Retrofette’s type of party, it’s definitely an experience — for lack of a better word.

Returning atop an LCD Soundsytem meets DEVO blessing of a track, “A House,” and its accompanying visual create a party pooper’s dream — complete with unresolved disillusionment and tempered apathy. It’s their party, and they can surely cry if they want to — there are certainly some close calls.

“The video expands the social commentary aspect of ‘A House’ in the idea that we work all day just so we can party all night,” says singer and frontman Sean Culliton. “It all becomes so routine that it’s hard to know if we actually enjoy it.” 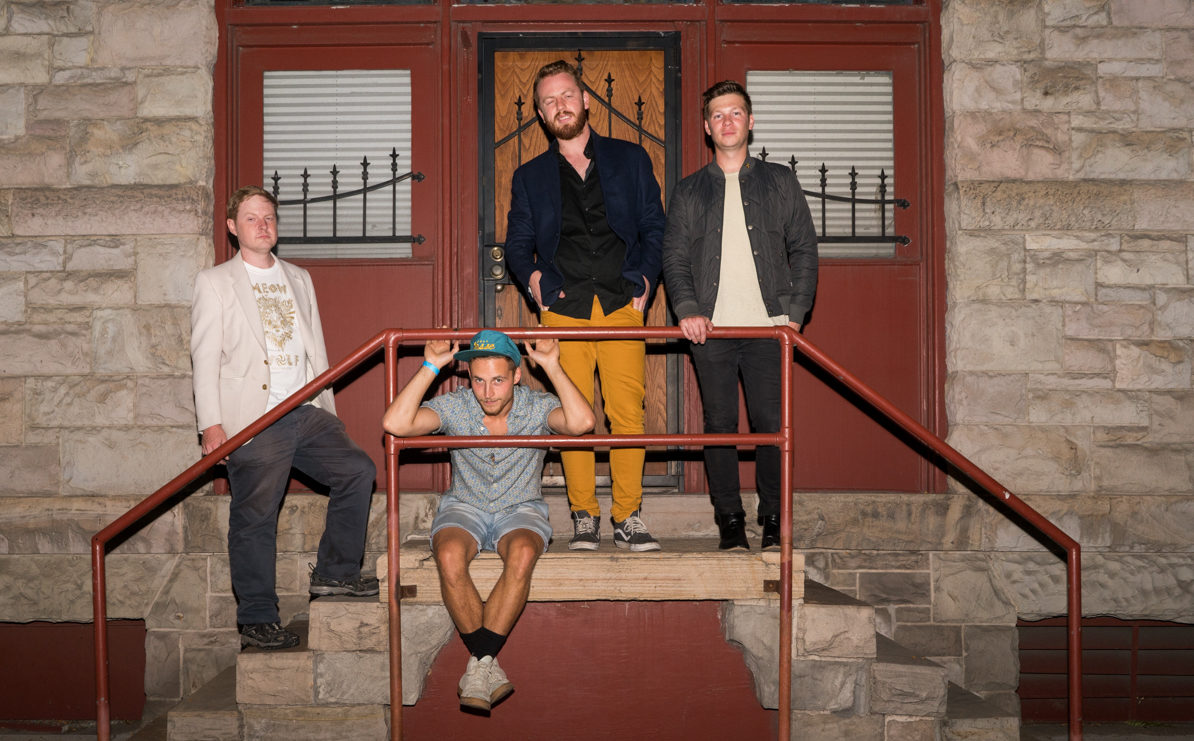 The video, filmed and edited by Denver-based Dead Medium is shot in one room, a house if you will, as the complete chronology of this diasporic party ensues and concludes around the four-piece outfit. From having the instruments and their furniture stripped away from them to performing mundane housework all donning their trademark white turtle necks, the irony is at a cost to the duty of fun, creating a scenario that’s straight from the pages of The Twilight Zone.

Around them, their party guests and friends arrange and rearrange the furniture in anticipation of the evening’s festivities, only to be severely underwhelmed when the shit doesn’t smell like roses. But, would a party pooper want it any other way? What could be misconstrued as a quest of nihilism, is more so a search for life in the most lifeless of occasions and is executed brilliantly.

The new song is the band’s first release following last year’s buoyant “Lover In Japan” and follows rave reviews of the band’s Underground Music Showcase performance and the launch of their monthly synth-pop night at Ophelia’s dubbed, Nightwaves. Though it’s new, “A House” was actually the first song, frontman Sean Culliton wrote for the group.

Check out the exclusive early release of the video below. Tickets for the performance tonight are available here.