Nas and Mary J. Blige have long since burned their names permanently into the hip-hop community, and are both considered royalty in the industry. It seems fitting then, that their current tour — which made its way to Denver on Wednesday, August 7 at Fiddler’s Green Amphitheatre — is named “Together: The Royalty Tour.” Each of the powerful artists triumphed on stage, showing that even after multiple decades, they still know how to show up for their fans and improve the middle of their week exponentially. 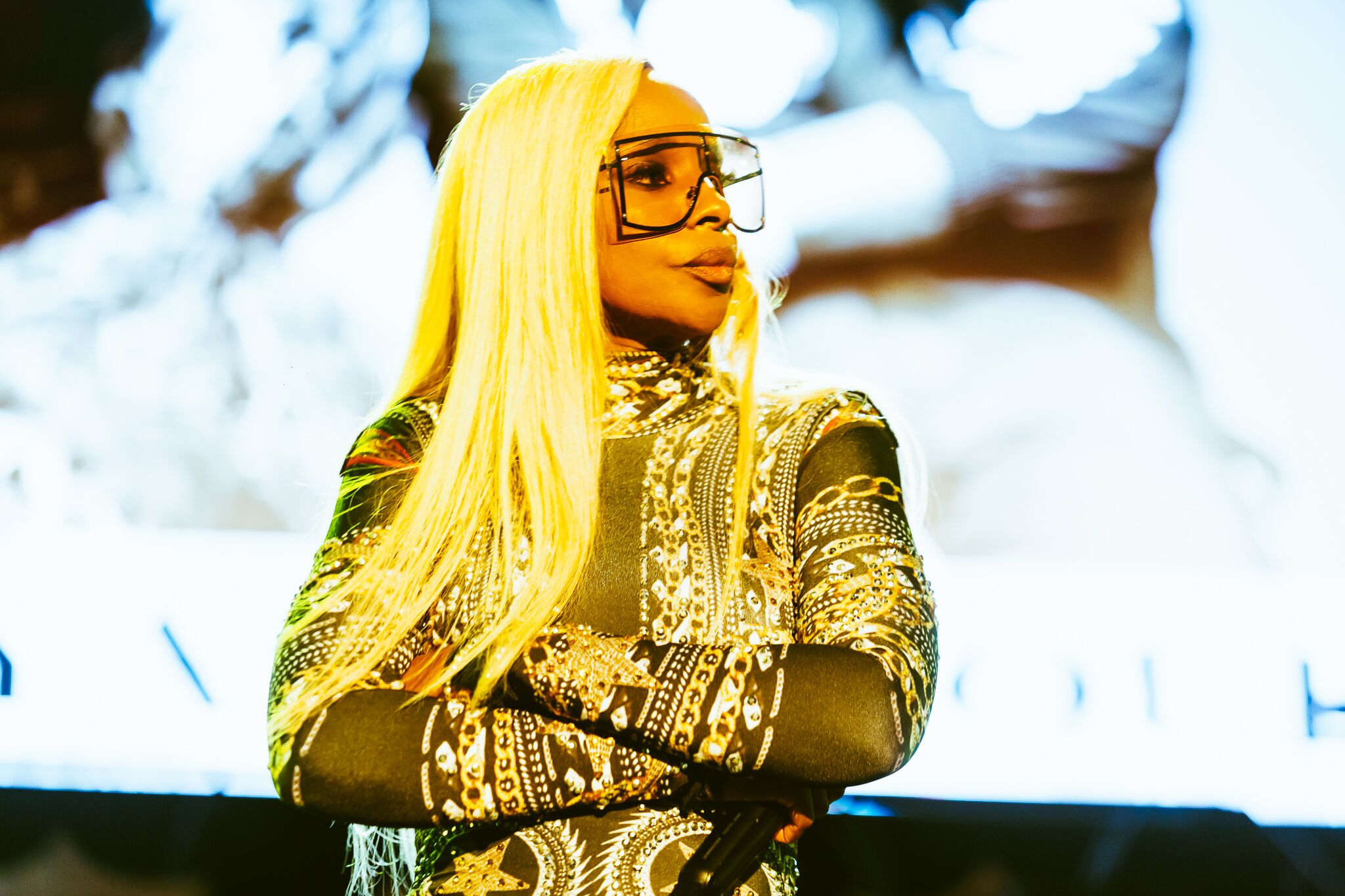 The night was held back by a short delay due to rainy weather, and because Fiddler’s Green Amphitheatre is an outdoor venue, the crowd began their evening with damp clothing. The duo both hit the stage initially, and when Nas took over he rocked heavy-hitting tracks from his iconic album Illmatic, like “N.Y. State of Mind,” “Represent” and “The World is Yours.” The rain caused a hold up in getting the long lines into the venue, and there were several open patches in the seats for a large portion of Nas’ set. Even so, the rapper looked every bit like the star that he is in a white suit jacket and large diamond necklace that glistened in the colorful lights.

There is something powerful about witnessing a seasoned rapper perform their favored songs. As Nas rapidly powered through classics like “Got Yourself a Gun,” “I Can” and “Nas Is Like,” his words could be clearly deciphered, making it look effortlessly easy. Smoke fired up from the ground, spicing up the theatrics on stage as Nas rounded out his time slot before he announced his counterpart, Blige. “You know what time is?” he asked the crowd. “What’s her name? The queen of hip-hop and soul?”

A video of Sean Combs, or P. Diddy, came onto the large screen, also declaring that the audience needs to prepare for the queen. After only a few minutes, out came the boss lady of the night, with long blonde hair and a hot pink sequin romper. By the time Nas had finished his portion of the performance, the venue had quickly filled considerably, so that when Blige belted “I Can Love You Better,” “The One” and “Enough Cryin’,” she had plenty of reinforcements from her dedicated followers. She rocked choreographed moves with a set of back up dancers, which is an added element of flair for the show that is harder to come by at live concerts these days. The crowd yelled “go Mary, go Mary” as she dropped lower and danced.

Nas returned to the show for “Love is All We Need,” and before leaving the stage during a video montage of her older features on famous rap tracks, Blige indulged the audience in the ever-popular, “You’re All I Need.” When she rejoined the show, she had changed, now wearing a pale pink long-sleeved suit. Blige announced that this year is the 25 year anniversary of her second album, My Life, which prompted her to play “All Night Long,” “Be Happy” and “You Gotta Believe,” among other songs from the release.

During “Don’t Mind,” the singer took a seat and explained to the crowd what she deems as important in relationships, which prompted support and cheers from her fans before she returned to the track to finish the song. Following a few more songs, she left the stage once again, allowing the band to showcase their abilities, and came back in yet another outfit change.  The show ended with “Family Affair,” complete with fireworks and a return cameo by Nas. The night was a healthy dose of both of their discographies and considering the milestones and causes for the celebration of their long careers, the experience of them together was a true hip-hop fan’s dream.