Denver’s street art scene took a break from the summer heat this past month in order to completely transform the interior walls of a new lounge and bar opening (softly) August 9 on Broadway. Fittingly, the new spot is named Mural Lounge + Graffiti Bar, with one half acting as a hookah bar and studio space and the other half with a full bar and a wall for graffiti writers to leave their marks and stickers.

Of course, this seems like a “why didn’t someone open this sooner” type of deal, especially with the massive number of bars, restaurants and breweries with epic murals both inside and out. But the truth is, this new spot is created to highlight the street artists and their work, not simply add something decorative to a brand. If it works out like curator and artist Chelsea Lewinski envisions, then the Mural Lounge + Graffiti Bar will become the epicenter for creative networking in the local street art, mural and graffiti scenes. 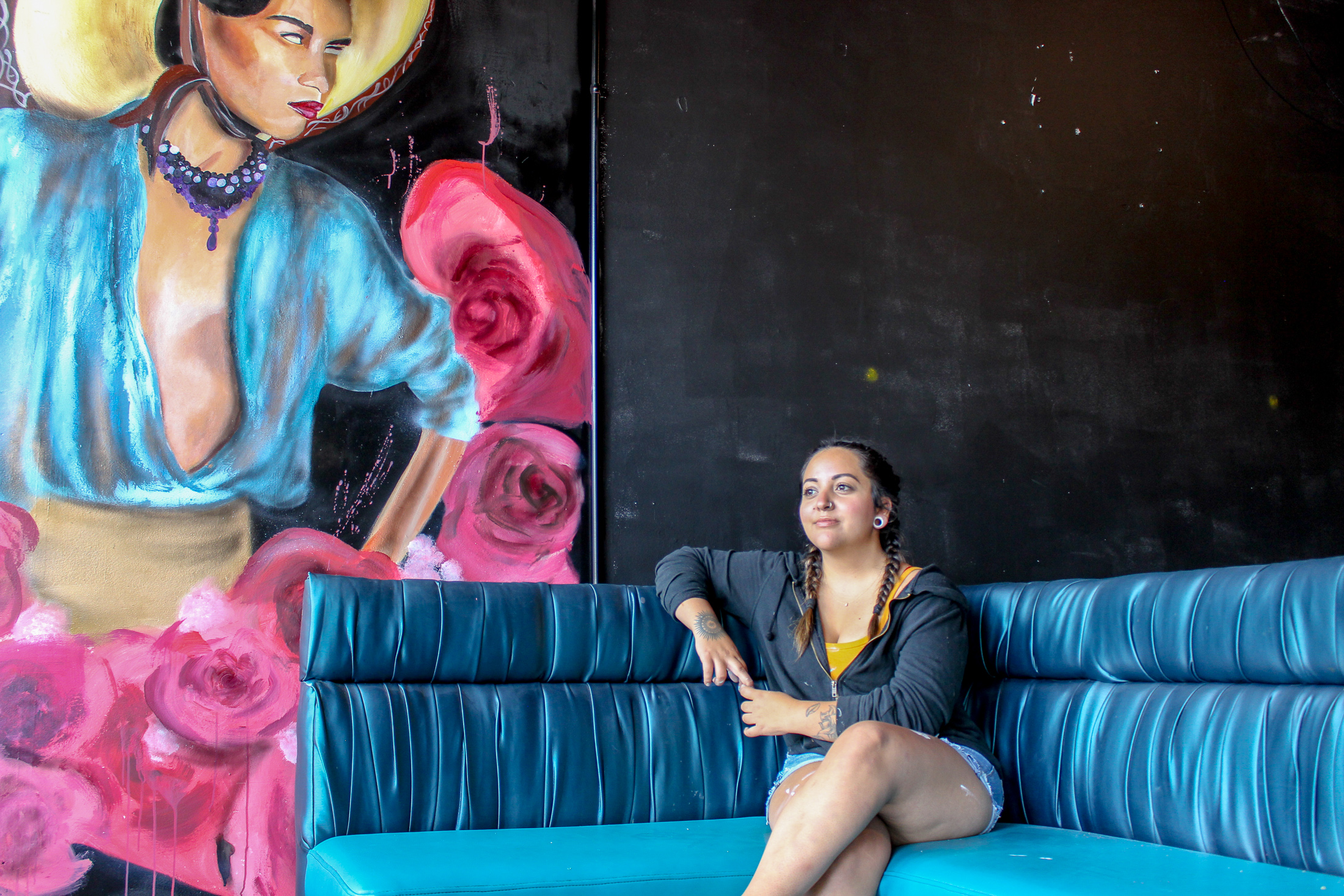 Although Lewinski is the brains behind most of the operations, her parents Carmen and Joe Liotta are the ones who bought the ex-hookah bar at 125 Broadway. “I want to give my parents a huge shout out for supporting me on this, and for supporting all the other artists too. This is a dream,” Lewinski noted. “I don’t think Denver has a true art lounge but I want to change that. I want to have open mic nights, black book nights, singers, you name it.”

Black books are a foundational part of graffiti culture (and refer to the black sketchbooks with blank pages). Often, graffiti writers will exchange black books and collect other writer’s signatures or characters, which sometimes leads to actual collaborations on walls. Having a designated night to facilitate this might lead to exciting and one-of-a-kind creations elsewhere in the city.

So far, the Graffiti Bar is more finished than the Mural Lounge. With work from Zehb_1 (a prominent graffiti writer with embedded roots in CRUSH and other street art activities in Denver), Elvis Freshlee, DINKC, Chris Haven, Blys_428, Rube Zilla and more, the bar has an eclectic vibe that says “every surface is fair game here.” On a wall near the actual bar, there’s space for visiting graffiti writers to tag and leave stickers — both of which are iconic practices in the graffiti world.

In the lounge, Lewinski brokered some big-name artists to leave their mark, although the hopes are that these murals will rotate and change. Currently, a gorgeous piece by Mpek takes on the back corner, two pieces by Lewinski fill the south wall and an iconic Casey Kawaguchi just went up on the other wall. In the bathrooms and hallway, you’ll find some local emerging artists like Dreamscape_r and Kelsea Lake. 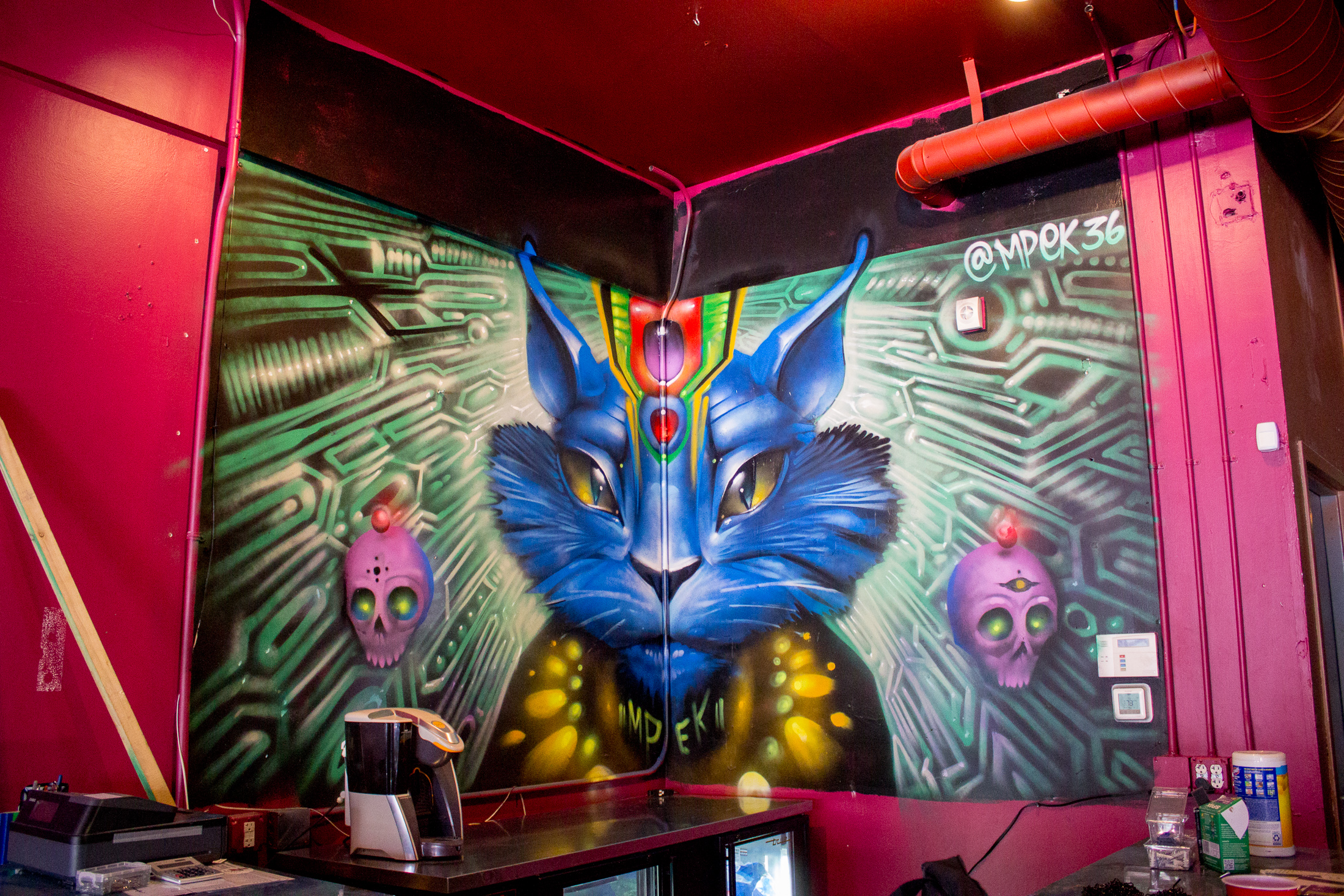 Mural by MPEK in the Mural Lounge

“I also want to empower artists who may have a hard time getting their first mural,” Lewinski explained. “For instance, I had a tattoo artist Kelsea Lake paint her first mural in the women’s bathroom and she killed it. Of course, I’m also doing my best to find female artists wherever I can.”

For now, the space has some way to go before it becomes the polished art lounge Lewinski knows it can be. But the art on the walls and the artists she wrangled is impressive and shouldn’t go unnoticed. And with all of the buzz around Denver’s street art scene, it only makes sense for the artists to have a dedicated space to practice, connect and have some fun. 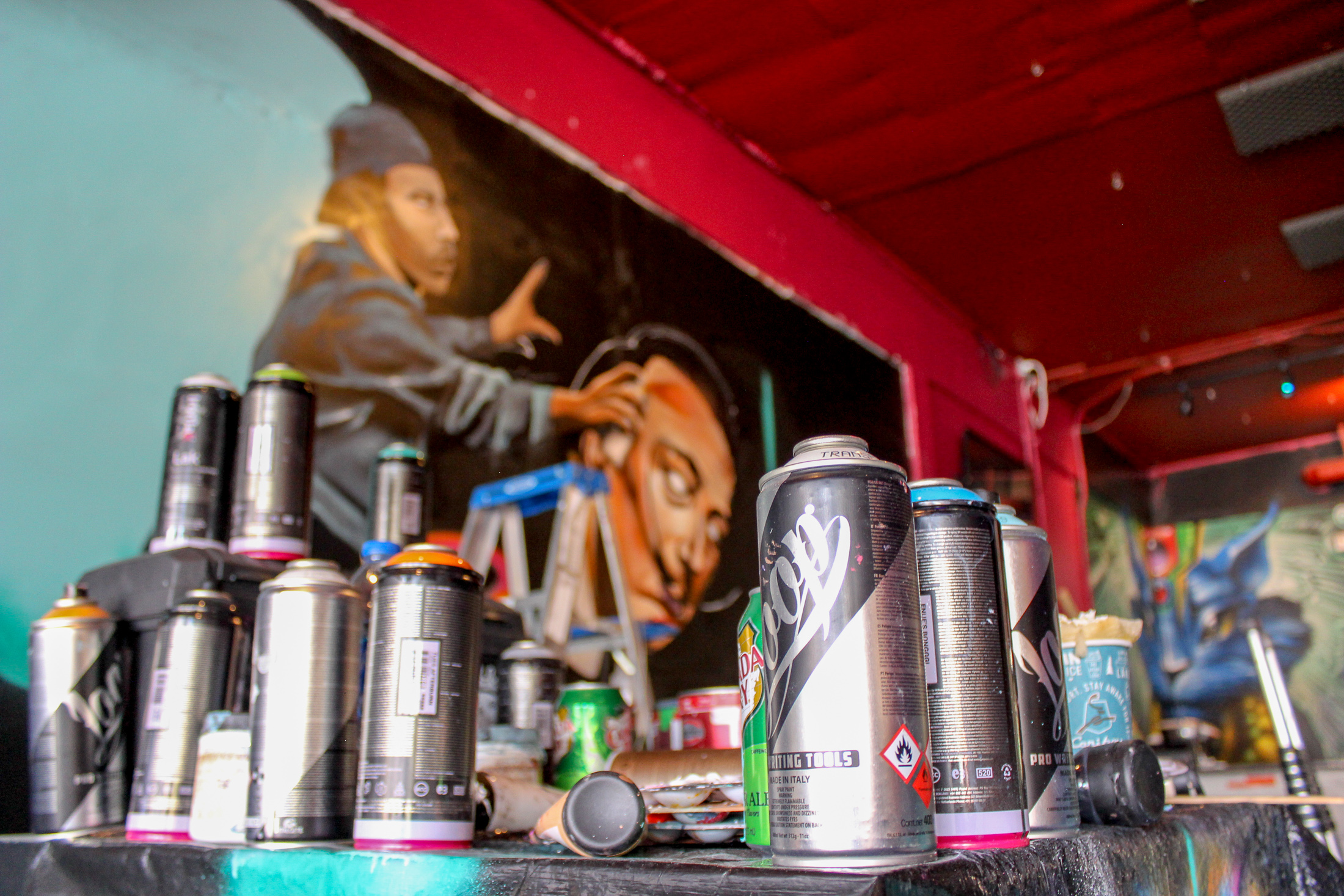 Mural in progress by Lewinski

Mural Lounge + Graffiti Bar is located at 125 Broadway. There is a soft opening on August 9 (tickets required, go here) and a grand opening in September, with details yet to be announced.