How a Local Photographer Turned His Hobby into a Fashionable Career

It was in 2015 that Blake Jackson finally found his spark. He finally knew exactly what he was supposed to be doing — photography. A picture he had taken with no serious intention became a turning point in his life. The emotion that picture held struck a chord, the fun he had in taking it and the result catapulted him to the amazing, self-taught fashion and portrait photographer Jackson is today. “This was in the dead of winter. Here we were, freezing our butts off, taking pics solely for the love of it and bonding over an art form that brought us so much joy. It was at that point that I knew this was what I wanted to do for the rest of my life.”

Jackson is a gifted photographer who is truly destined for great things. His photos have the ability to move you, his attention to detail in his photography and love for film — which highly influences his body of work — encompass his signature style that has garnered this self-taught photographer attention. Jackson has been named by CBS Local as one of the top five Denver photographers to follow, he has also worked with many artists, such as Chance the Rapper, and has also shot in New York Fashion Week for local designer, C.R.LEE. and he is headed to shoot in Paris Fashion Week In September. 303 Magazine recently sat down with Jackson to learn more about his passion for photography and the growth he is hoping to achieve. 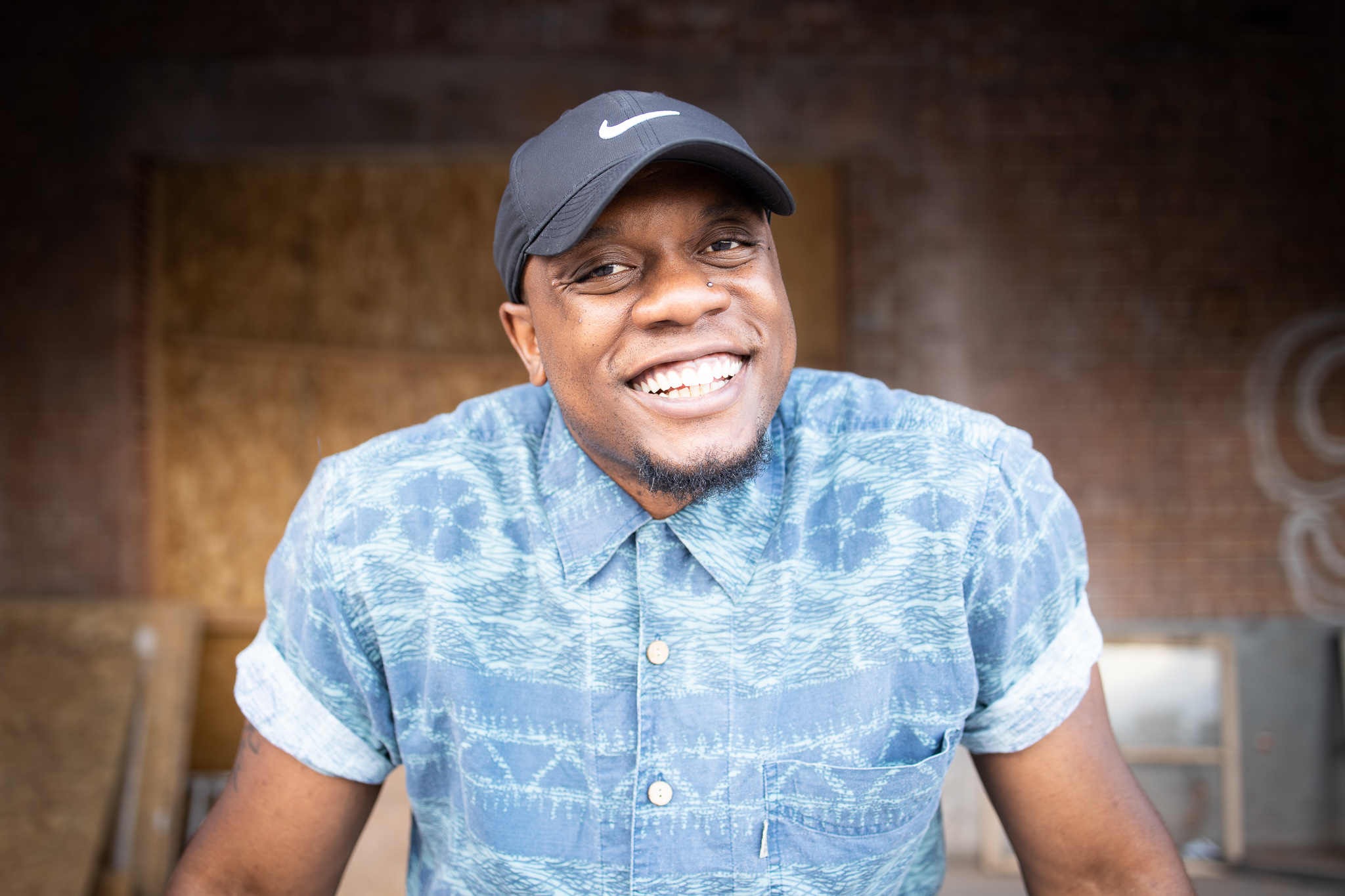 303 Magazine: Is there something you always ask yourself/think about just before you push the button?

Blake Jackson: There is just so many things going through my head before I take the shot  — composition, framing, lighting, camera settings, focus, the subject, etc. But mainly, does the shot feel right?

303: Can you describe that moment when you knew that photography was something you just had to do?

BJ: Back in, I want to say 2015, my good friend Armando Geneyro and I were out shooting some urban captures on the East Side. I snapped a pic of him in the middle of the road and didn’t really think anything of it. When I got home and had a chance to dive into edits, I came across that picture. What struck me was how cold it looked – this was in the dead of winter. Here we were, freezing our butts off, taking pics solely for the love of it and bonding over an art form that brought us so much joy. It was at that point that I knew this was what I wanted to do for the rest of my life.

303: Who inspired you? Are there any artists, poets or films in which you recognize yourself and your work?

BJ: My work is inspired by film — I’m an obsessive cinephile. I know most photographers reference other photographers as inspirations, but I don’t have a traditional background in photography. So, I’m inspired by various filmmakers — Denis Villeneuve, Tarantino, David Fincher, etc. But the one man who I’d say inspires my eye would be the cinematographer, Roger Deakins.

303: If you could take your art in any direction without fear of failure or rejection, where would it lead? What new thing would you try?

BJ: I want to make movies, so that’s something I’ve been trying my hand out lately. 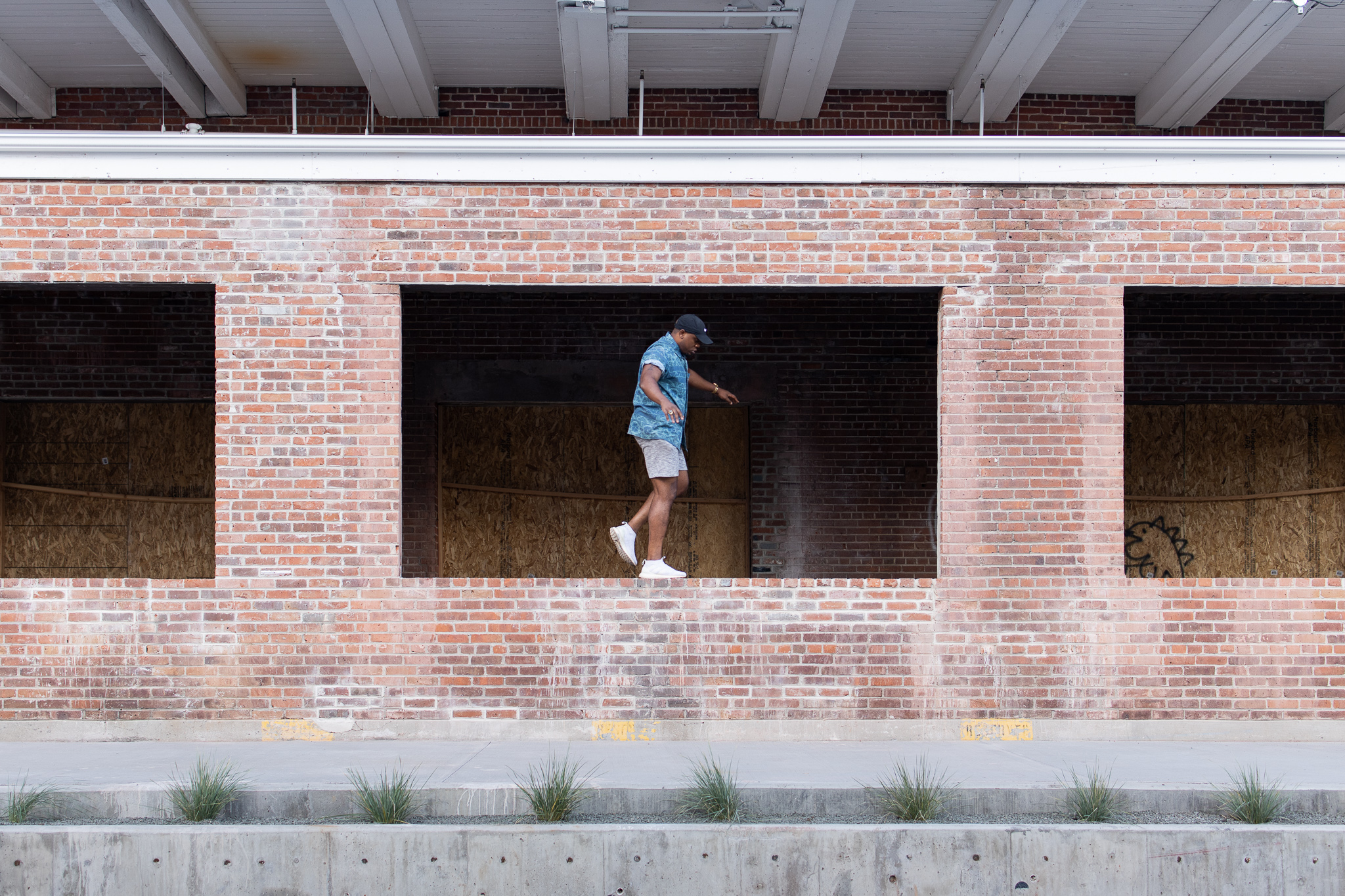 303: Where do you get your passion for your work from?

BJ: My mother, Mary. She’s sacrificed so much for us — she practically put all of her aspirations to the side to make sure we are loved and taken care of, so she’s a major driving force for me. That and the fear of not reaching my potential. I’ve failed at a few things in my life and I refuse to feel that sense of regret ever again.

BJ: I would say shooting NYFW in 2017. I have a great relationship with the designer, Crystal Lee. We have a similar career trajectory. Funny story, the day I decided to quit my nine-to-five, I had to bring back the company car. As I’m on the light rail back home, I get a call from Crystal telling me that she’s been accepted as a designer for NYFW and that she’d love for me to be on the team. That was a life-changing call for me.

BJ: My absolute favorite thing about being a photographer is connecting with new people. Photography is 100% a people business. I’ve seen some incredibly talented photographers who have zero people skills and it shows in their work. They might be technically sound and have a great eye, but the connection with their subject is lacking, so I love the connection I get to build with my subjects and meeting creative individuals in my community.  The challenge in this field is that you always have to be on your toes when it comes to marketing yourself because if you’re out of sight, you’re out of mind, but coming up with new ways to get your name out there is fun if you have the right mindset.

One thing that I wasn’t prepared for was encountering people who seem like they genuinely want to be a friend or colleague only to find out that they hope that they can finesse a free shoot out of it. I’m getting good at sniffing out the frauds though. 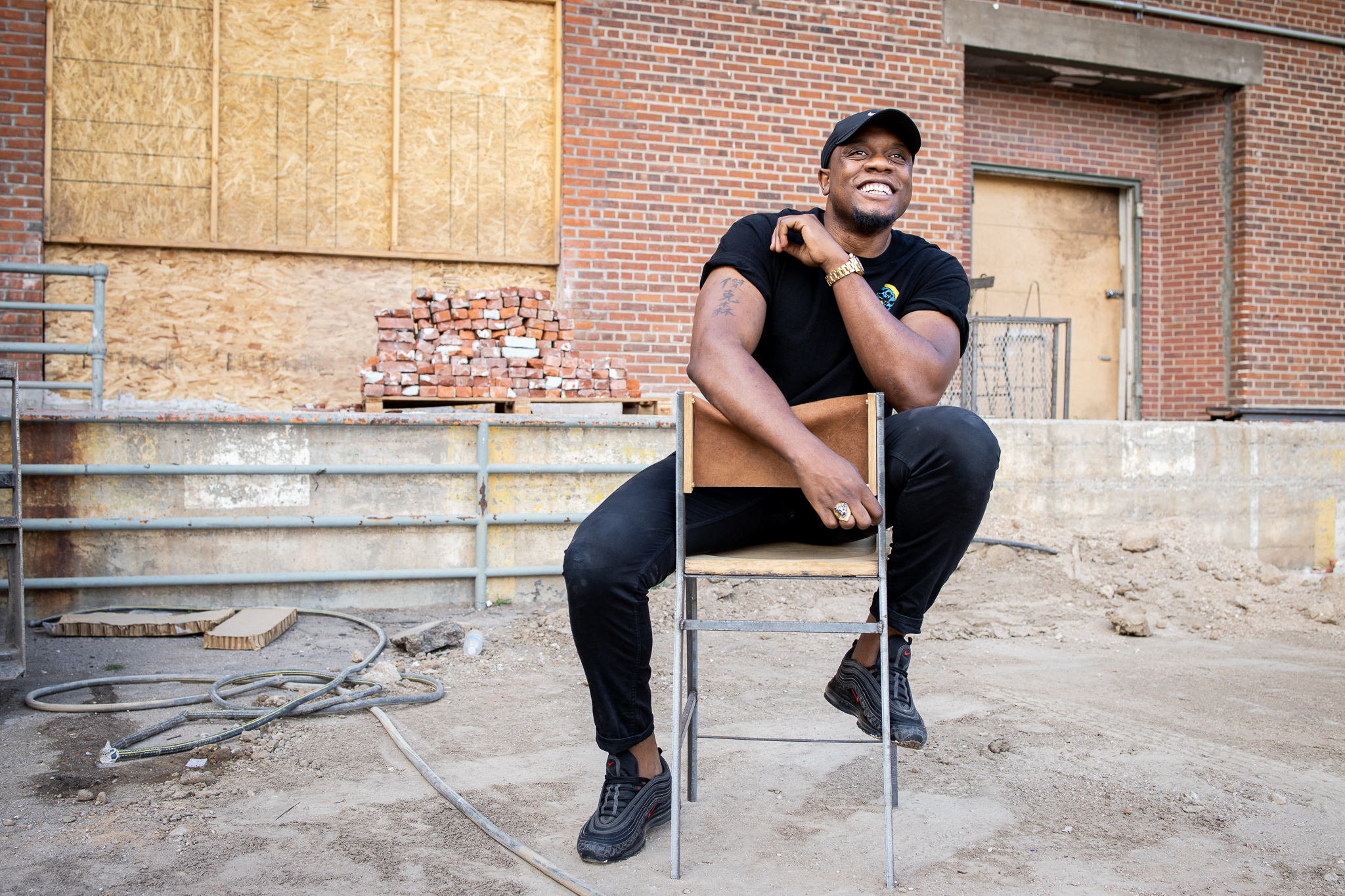 BJ: I wish I would have had a clearer idea of the type of work I wanted to produce earlier in my career.

303: How has photography influenced you as a person?

BJ: It’s completely changed my perspective on the world and those in it. It’s created so many exciting and challenging opportunities for me, of which I’d never would have had otherwise. And it’s such a privilege to say I’m a photographer when people ask me what I do for a living. It’s also made me more patient and compassionate.

303: What is your favorite photography work/ project you have ever done?

BJ: I recently completed a project with Avery Ashmore, Jordan Wright and Aidan Bach that we’re submitting to a major publication. Very excited about that and proud of what we produced. 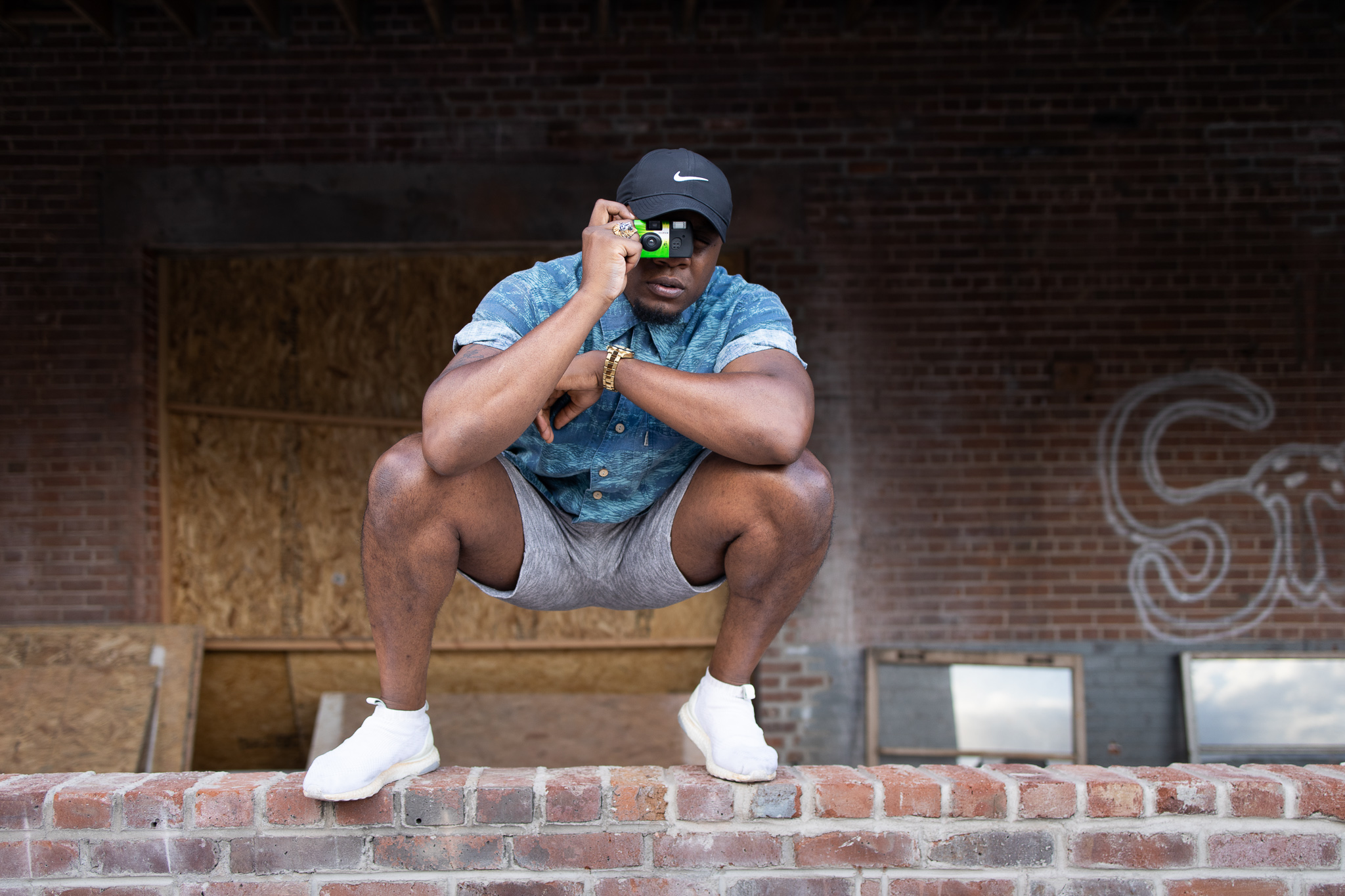 303: What advice would you give to an amateur photographer wanting to change their passion into a full-time profession? Do they need fancy equipment?

BJ: My advice is, first of all, know 120% that you want this life. Being a full-time creative is not for the faint of heart, the unmotivated or the easily broken. You will question your talent and self-worth and you will absolutely struggle at times, so if you’re not built for that life, just keep it as a hobby. There’s absolutely nothing wrong with that, but if you’re sure, save a ton of money, invest in marketing (promotions, portfolio, etc.), shoot with intention and work with professionals who you know can help build your portfolio — I’ve paid models, stylists and makeup artists for shoots I wanted to add to my portfolio because I knew it would get me ahead. Network, network, network and try your best not to burn bridges. Oh, and don’t go broke on gear. No point in expensive gear if your work is trash.

303: What makes the good photo stand out from the average?

BJ: Outside of the obvious (framing, composition, coloring, etc.) it’s if the photo produces emotion in the viewer.

303: Who have you learned the most from?

BJ: I have had a ton of mentors in this game — Armando Geneyro, Joe Friend, Jason Siegel to name a few.

303: What’s the single most important piece of advice you’ve received as an emerging photographer?

BJ: Just go shoot, the rest will work itself out. 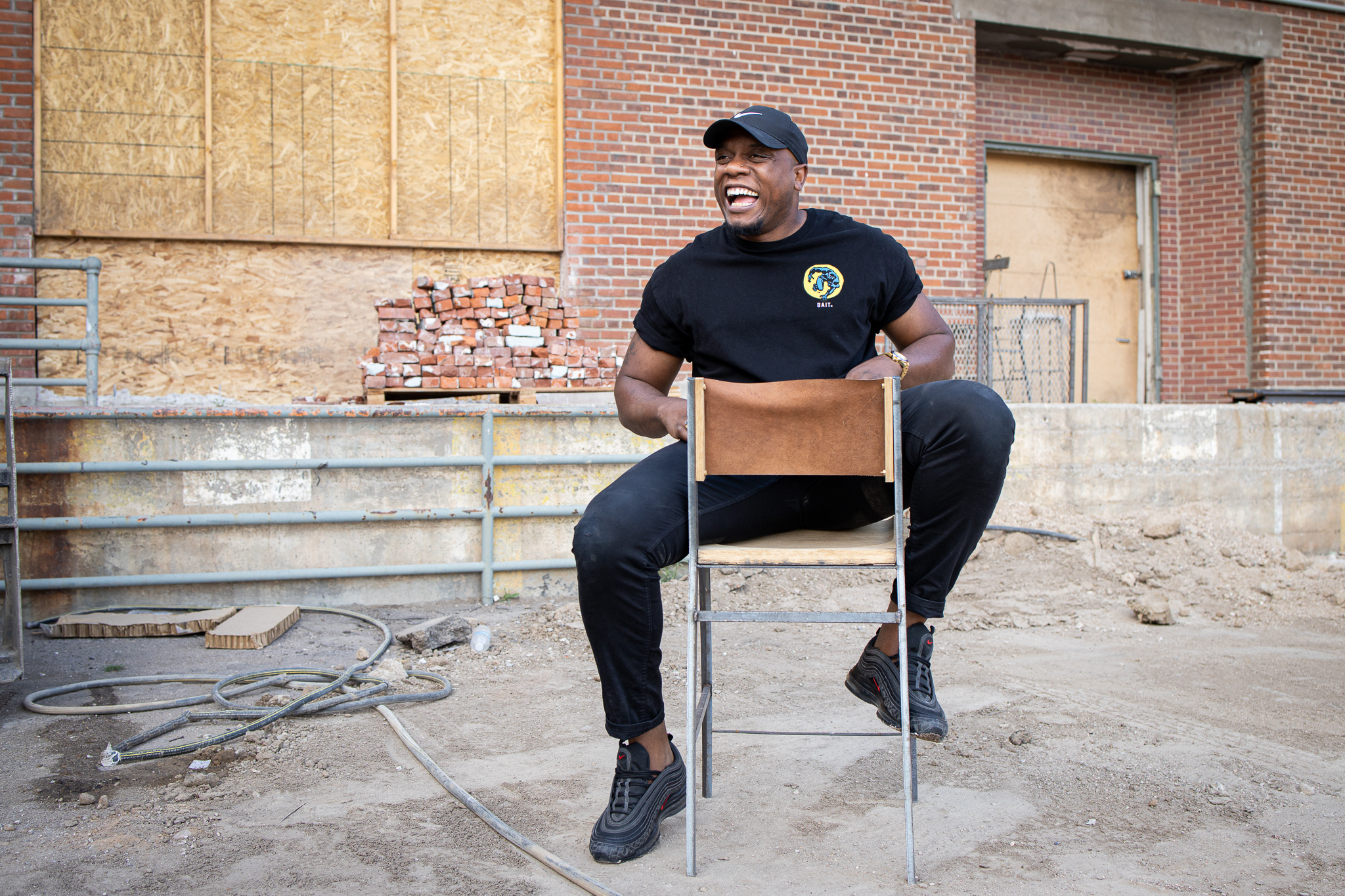 303: Tell us more about your podcast and how it came about.

BJ: Yes! So it’s called Popcorn & Jalapeños and I started it with my friend Nate Bishop. We always found ourselves in the corner at parties talking about movies, to the point that a crowd would form and people would join in. Finally, somebody suggested that we just start a podcast and we sort of laughed it off.  Well, more people suggested it, so we just decided to take the plunge — sort of. We recorded a bunch of episodes and didn’t release any because it didn’t feel right quite yet, but we finally made it official when Jordan Peele’s Us came out this year. We just love movies and television, so we wanted to share that with people. Mainly, we make it for our friends who also have a passion for movies. It just so happens that other people have caught on. It’s probably the best thing to happen to me this year.

303: What lies ahead for you? What is your next goal in photography?

BJ: I’m working on something really big that I don’t want to spoil because I’m quite superstitious, but my goal is to work more with publications and creative agencies to work on larger editorial projects, and I’m diving more into video and film, so be on the lookout for that.