All photography courtesy of Lucy Beaugard and American Elm.

American Elm Opens Today in the Former Way Back Space

Today, on Thursday, August 22 a new American bistro opens in the space that once held The Way Back. The comfortable restaurant with a tight interior and well-developed patio takes its name from the courtyard’s massive tree that provides both a physical centerpiece and a more abstract symbol for the concept at large. American Elm is an upscale yet approachable neighborhood joint that hopes to become a community fixture with deep roots.

Owner Bob Reiter is aiming to pay homage to some of the Brooklyn bistros — including Extra Fancy, Rye and St. Anslem — of which he enjoyed during his many years spent there amidst one of the area’s more notable food renaissances. After buying the property in December 2017 Reiter has been establishing himself in the neighborhood, having lived in several houses — his current home is just a few blocks from the restaurant. His desire to create a neighborhood social club runs much deeper than business, he seems truly invested in the community in which he’s been developing the space.

Reiter has a long history in hospitality, having spent most of his 20s managing restaurants and bars. Eventually, he moved to New York where he ran venues including a stint as the director of East Coast operations for the famed night club The Knitting Factory. This will be the first restaurant he owns, but the time spent shows in the tenacious attention to detail. The team features prominent local talent, and everything down to the layout and interior design has been developed to fit the scheme. 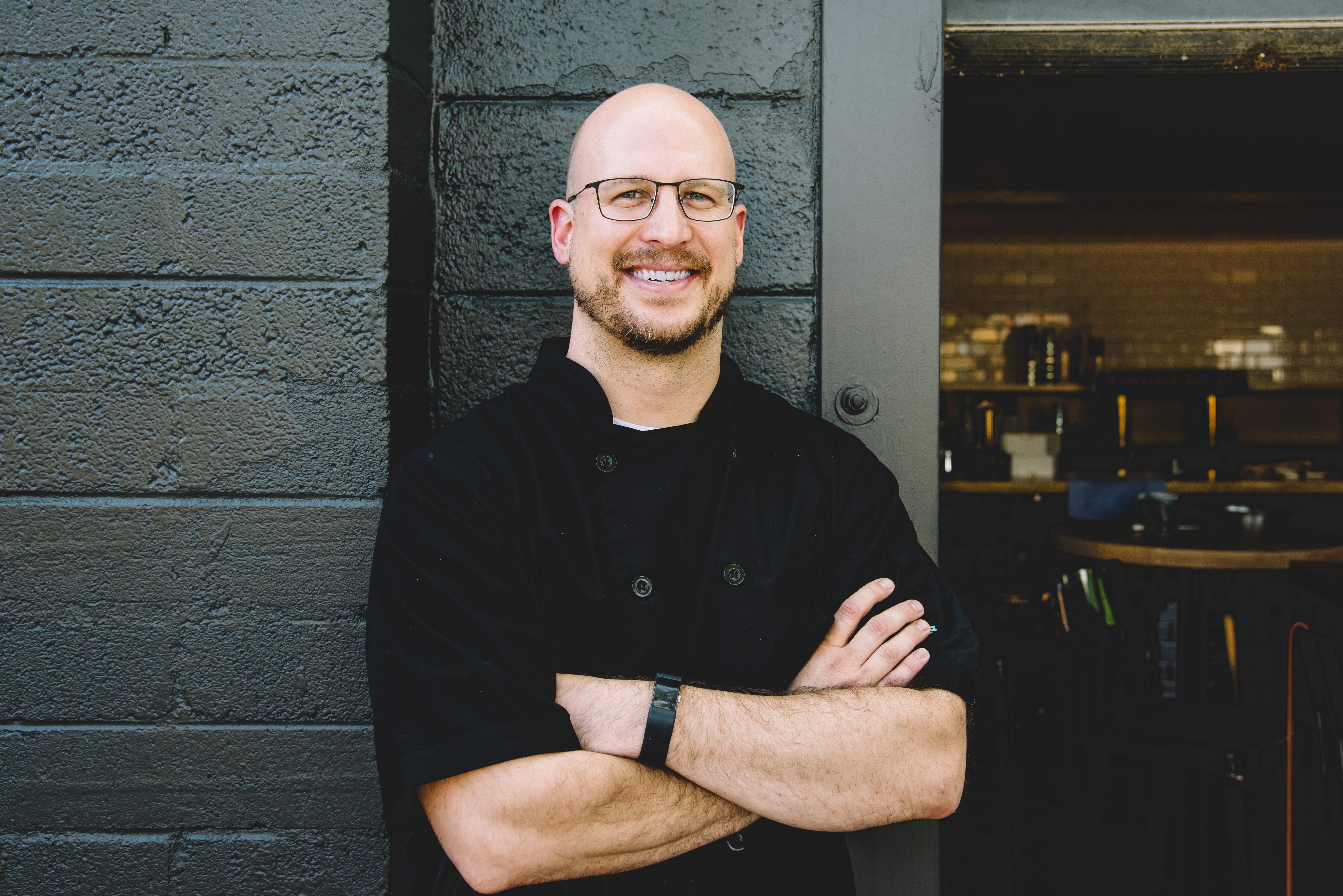 Chef Brent Turnipseede — having most recently served as the executive chef at Guard and Grace — developed his chops at culinary school Le Cordon Bleu in Austin. He was then recruited by Vail Resorts and served in famed mountain kitchens including Sweet Basil, then helped to open The Sebastien Hotel. His techniques are sophisticated and the many relationships he’s developed with local purveyors are already starting to appear on the menu. The chef appears quite excited for the chance to develop a menu that favors bistro-fare and is outfitting the kitchen with a team he can trust — including sous chef Nick Duree who he worked with at Troy Guard’s celebrated steakhouse.

The short but impressive menu is decidedly unpretentious, but a closer look will reveal serious cuisine. Turnipseede gracefully knows how to combine down-home southern traditions and cozy American fare with the kind of techniques more often reserved for white table cloths. The juxtaposition is what gives the food much of its charm. While the upscaling of classic new-world items can be found on every corner of the city, American Elm manages to bring both originality and unexpected excellence.

The seared scallops ($25) with butter bean succotash, cornbread gremolata and smoked tomato beurre blanc is one of the neatest examples of Turnipseede’s multiplex approach. The crunch and sweetness of the cornbread merge nicely with the soft seafood and the sauce makes for a beautiful plate. The watermelon and arugula salad ($11) is melon compressed in rose wine, sweet corn, Fruition Farms feta, local basil and rose vinaigrette. It might be one of the most refreshing salads in the city — one perfect for beating the summer heat.

The beverage program was developed by Jesse Torres — most recently of Poka Lola Social Club — with input from beverage maven Travis Gale. A sturdy selection of wine and beer are present, but Torres shines brightest in his imaginative cocktail design. The naked and famous ($12) is mezcal, Aperol, chartreuse Jaune and lime. It can also be done in a reserve version in the original style with Del Maguey Chichicapa single village mezcal. Cocktails come in a variety of great stemware including a fish-shaped “glug jug” fit for a proper punch.

American Elm should fit nicely in the neighborhood. Reiter intentionally designed the space to be both warm and enduring. By every indication the restaurant has everything it takes to materialize as a lasting and well-loved member of the neighborhood, and all the quality necessary for it to take hold.

All photography courtesy of Lucy Beaugard and American Elm.