If you’ve been paying attention to the local hardcore scene during the last six years, then you’ve likely heard of Remain and Sustain. They’ve made quite a name for themselves in Denver —  and their reputation has spread across the west coast as well. The metalcore quintet has amassed a dedicated fan base locally, and their steady rise to the top of the scene shows no signs of slowing down. They’ve had a slow start to the summer so far, but the local heavy-hitters will take the stage at the Marquis Theater on July 19 for the first show of their brief summer tour.

The five friends got their start in 2013 when they decided they wanted to start creating heavy music together. Since then, their fan base has grown steadily and they’ve opened for noteworthy names in the scene such as Agent Orange and Knocked Loose. Remain and Sustain has become a powerhouse in the local hardcore scene, known for their frenzied music and high energy shows that draw in an impressive number of devoted fans.

To date, Remain and Sustain has only released a handful of EPs and singles. Their most recent release, Still/Life —which was a collaboration with local band The Burial Plot — was released in 2017 leaving fans anxiously awaiting new music. Their debut full-length album is set to be released later this year. Their show at the Marquis this week may prove to be an opportunity for fans to hear the new music, for which a release date has yet to be set. 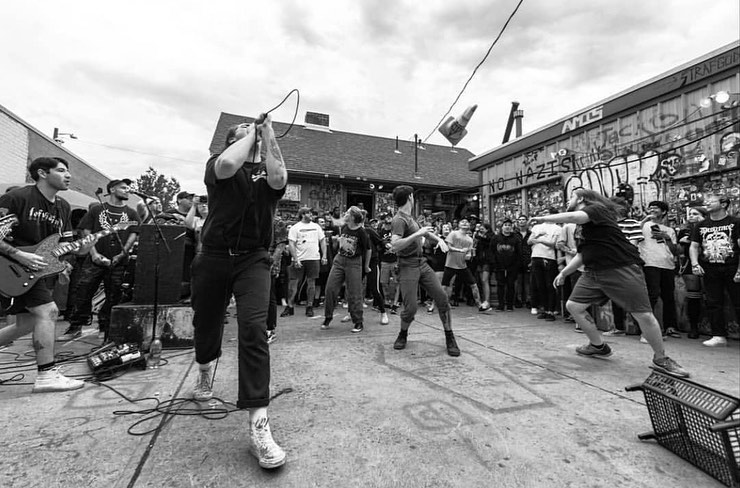 For fans of the local scene with a taste for music on the more aggressive side, Remain and Sustain’s show at the Marquis on Friday night will be one show you won’t want to miss.  Their energetic stage presence is demonstrative of their DIY roots — which they show no signs of abandoning anytime soon. The local powerhouse’s frenzied music won’t slow down, giving fans plenty of opportunities to mosh. With a spot at the top of the local hardcore scene and a devoted following of fans, the local quintet’s tour kick-off will be one hell of a show. Remain and Sustain’s Denver show has the potential to be one of the best hardcore shows Denver will see this year. They will play alongside fellow hardcore bands Deathwish, With Anguish, Our Father and With Crows.

Remain and Sustain will kick off their Summer tour at the Marquis on July 19. Tickets are available here.