Coming from a bit out of town, six-piece jamgrass band House With a Yard puts Fort Collins further on the music map. The band, who have a clean and traditional bluegrass/folk sound, consists of lead vocalist and rhythm guitarist Davey Wallace, lead guitarist Jon Lindeman, Casey Lee on fiddle, upright bassist Eric Wolheim, Josh Vogeler on drums and Sean Fazzini on mandolin. The six-some released their debut full-length album Carousel in June and are fresh off a 22-date album release tour. House With a Yard will hit Denver’s Globe Hall this Friday, July 5 in promotion of Carousel and show off what they’ve been working towards for the past few years.

House With a Yard came to fruition three years ago when Wallace, who wrote the full music and lyrics for Carousel, teamed up with his Pennsylvania-hometown friend and mandolinist Fazzini. The band had released an EP back in 2017 and decided to trade out the keyboard for fiddle-player Lee on the debut album, honing in on Wallace’s vision of creating real Americana/bluegrass music. In the past three years, the current lineup of House With a Yard has played roughly 250 shows, finding a community while playing in Fort Collins and the mountain towns. “It comes with open arms,” Wallace said about the community him and his band has found in Colorado. “Bands don’t seem to be in competition and everyone is positive.” 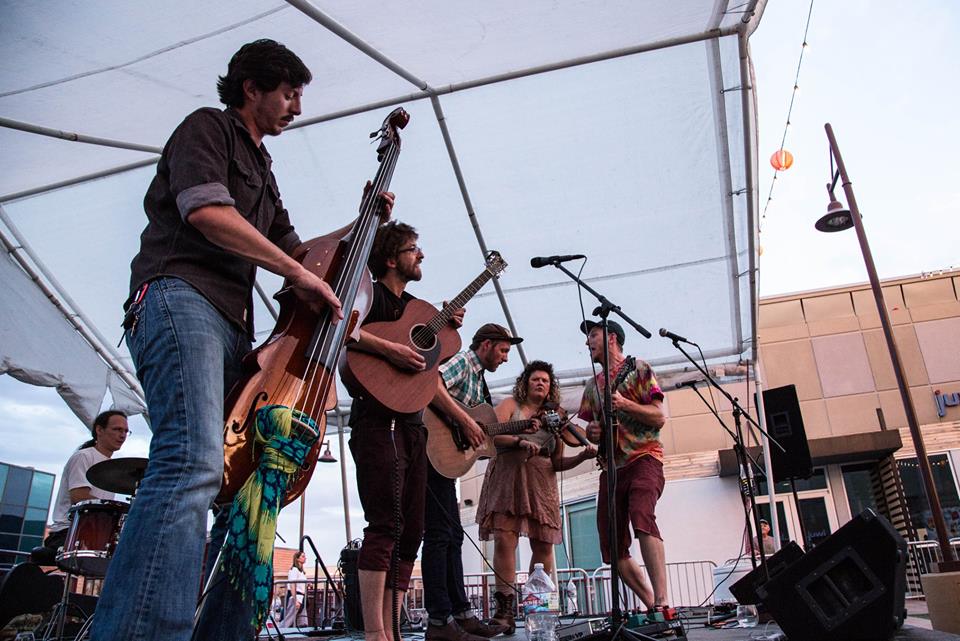 Courtesy of House With a Yard

“Southern Drawl” opens the debut album with an excellent organ intro before jumping into ten songs of crisp yet rich and full-bodied instrumentation. Like any great bluegrass album, a well-rounded combination of fast and slow exists on Carousel. Where “Sunshine in a Can” is down-tempo, “Hibernation” is hyper. Then there’s “Half Glass Full,” which opens with an ambient rainfall sound effect that adds dimension towards the middle of the album. It wouldn’t be a tried and true bluegrass album, however, if it didn’t include one instrumental tune, and “Hummingbird” is the perfect addition to Carousel, feeling like something off of Jerry Garcia and David Grisman’s Shady Grove.

Wallace’s vocals sound like bluegrass — he’s a little raspy, really smooth and accompanies the music beautifully. And his lyricism throughout the album is well up to par — “You’ve got that sunshine in a can and it’s on fire / You’ve done everything you could to put it out / Some survive, some burn alive/ There ain’t no time to worry ’bout that now.” On tracks like “5-10” and “Love Like a Cigarette,” Lee’s backup vocals help to harmonize, adding a soft feminine touch to the music. When she’s not on backup vocals, Lee plays a deliciously haunting fiddle on songs like “A Modest Egg Breakfast,” and proves she was the truly necessary addition to the band that Wallace knew he needed.

“One Last Try” is the last track, bringing the album full circle by closing with an organ outro. With the introduction of Carousel to the local music scene, House With a Yard shows they’ve got game, and they’re bringing it to Denver in full force come this Friday at Globe Hall, alongside co-headliners Creature Canopy and supporting bands The Grand Tour and The Simple Parade.

Get tickets to House With a Yard at Globe Hall on July 5 here.