The fandom for Carly Rae Jepsen is a disease. A panic-inducing condition that steadily erodes your defenses and inclinations, infecting you with pop perfection — it’s incurable, it’s unapologetic. The reward for hanging on past the gargantuan wad of bubble gum that was “Call Me Maybe” was a heavy dose of ’80s bliss on 2015’s critically acclaimed EMOTION — and more recently the decadent effort of this year’s Dedicated — culminating into a cult fascination that has inspired think-pieces and a quiet hysteria across the spectrum. Jepsen’s trajectory is as unlikely as it is amazing, pushing past any notion of becoming a one-hit-wonder to creating a legion of “popheads” who eat from Jepsen’s hands as if they were silver platters of pop excellence. The rise, however, has been subversive — a seemingly under the table exchange of the good stuff leading to the pandemonium of Jepsen’s sold-out show Wednesday night at the Ogden Theatre. It comes as no surprise then, that Jepsen even has a song called “No Drug Like Me” in her arsenal — she’s just that potent. 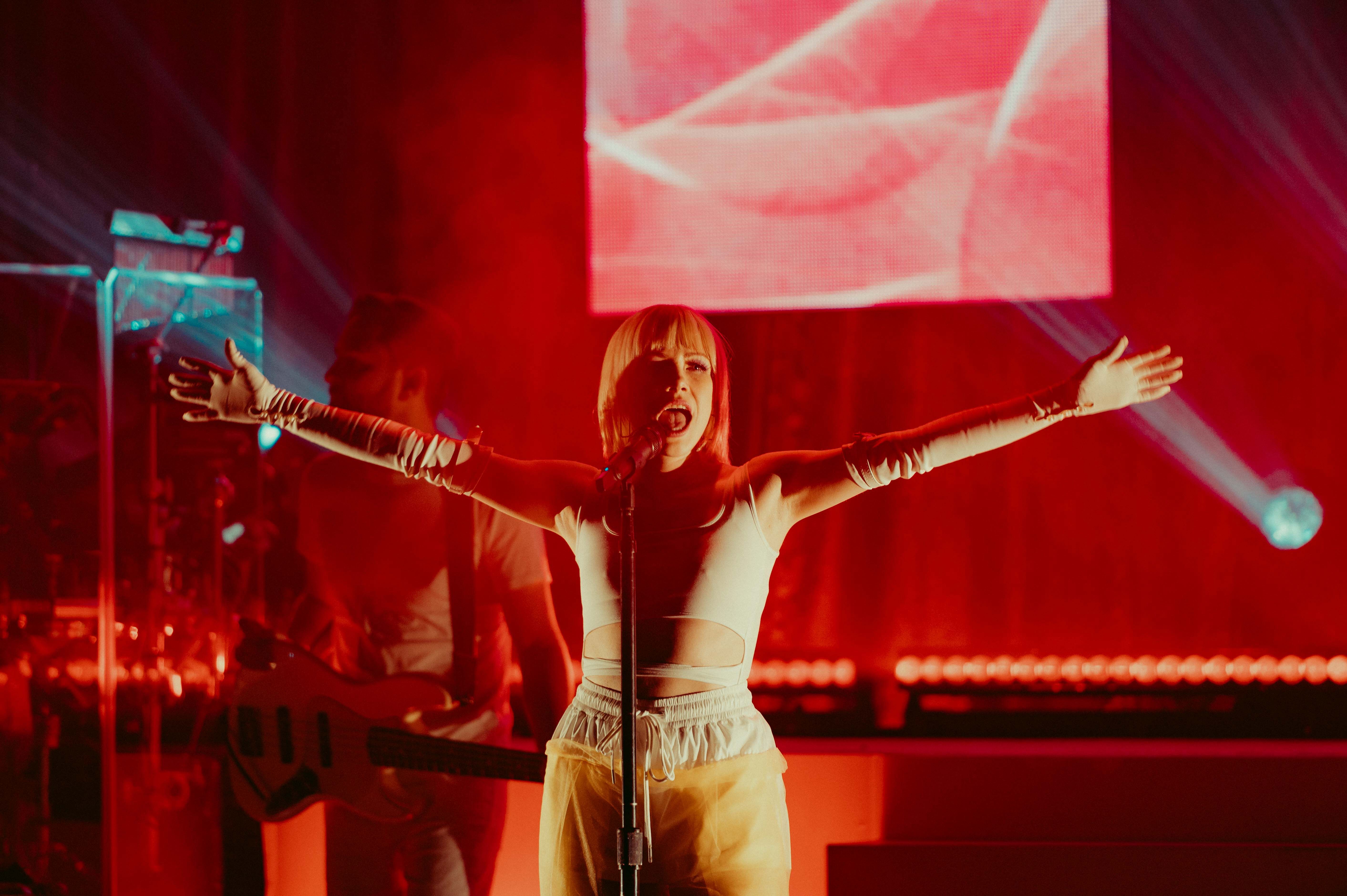 Scores of people flooded into the packed Ogden Theatre rattling off anecdotes relating to the pop singer as they entered the venue. The energy building among the throngs of fans remained stable so long as the house lights continued to stay afloat. As soon as the bulbs rendered themselves to darkness, all bets were off. Shrieks and cheers ricocheted from all sides of the building as Jepsen’s band first spilled onto the stage, followed by Jepsen herself — causing the overflowing excitement to seemingly collapse in on itself. Fittingly launching straight into the intoxicating ” No Drug Like Me,” Jepsen lit the theater up and witnessed it slowly burn as she sauntered across the stage watching the audience inhale the ’80s inflected tune. Fanning the flames through the preceding “Emotion,” Jepsen turned the theater into a blaze as the triumphant horns of “Run Away With Me” blared, stirring up the debris of the Ogden floor as people jumped along to the reckless abandon of the chorus. 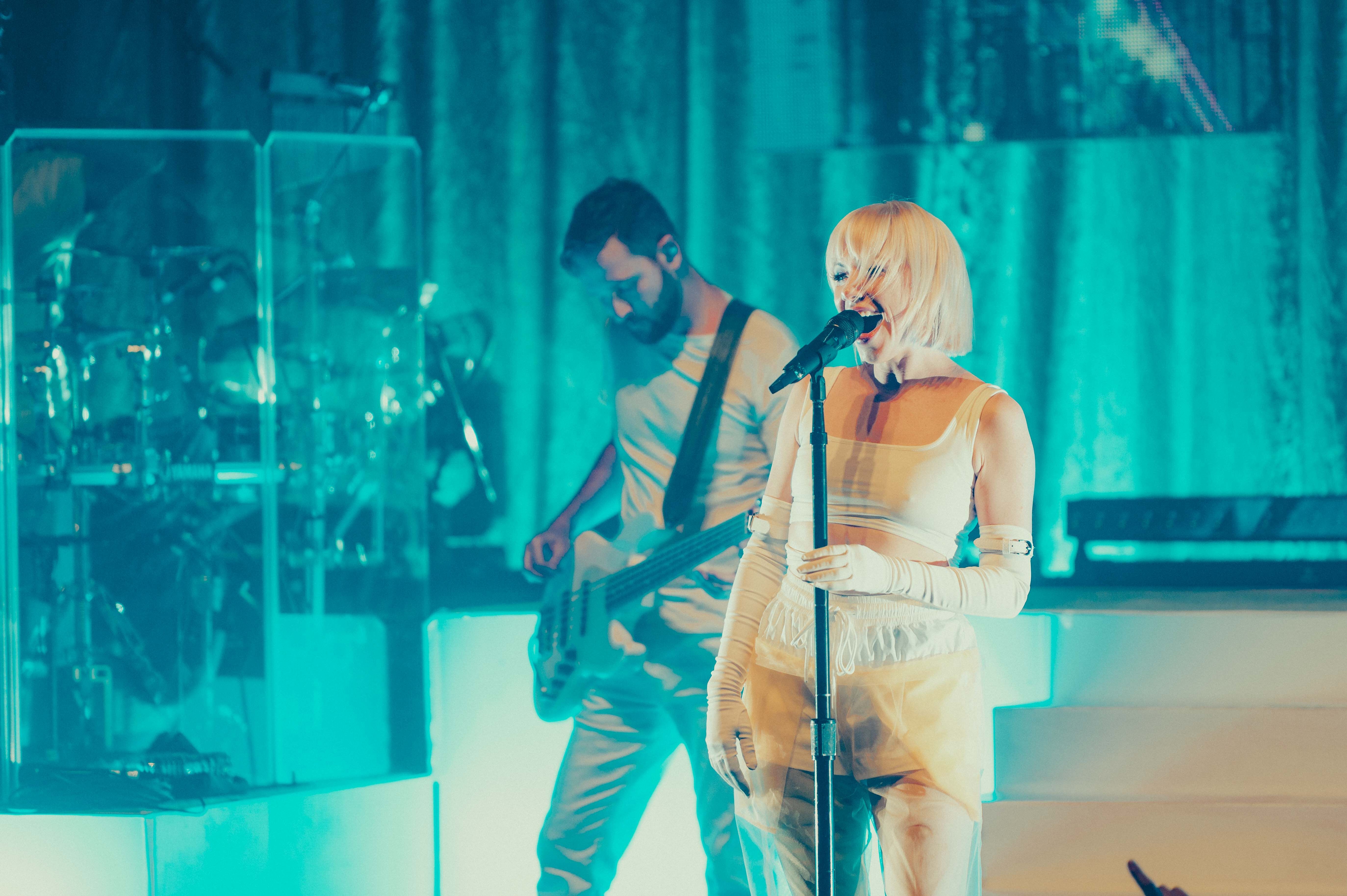 Flirtatious in her delivery, Jepsen led the audience ball and chain to dance below the disco ball that hung over her head. With neon panels throbbing behind her, the concert flew by in a blur of ecstasy. One moment, the crowd was shouting along to the exuberant “Want You In My Room” meanwhile in the next, they were all tangled up, gyrating to the thick bassline of “Boy Problems.” Moments of softness, like “Everything He Needs” and ” All That” came in sparingly, breaking up the momentum ever so slightly while songs like “Call Me Maybe” and “Julien” sent the crowd flying high on a full throttle joyride of uncontained euphoria. Once the pistons were in motion, the atmosphere was as electric as a rapidly beating heart.

Denver’s response to the pop star may have surprised even Jepsen herself, as the few words she was able to mutter were drowned out in waves of cheers and every song she sang was met in the middle, with everyone singing along word for word. For many in the audience, super fans and those new to the kool-aid, Jepsen was the fix — a long-awaited one at that. The resulting party had everyone rolling on the same high, peaking at the same times, so when Jepsen closed with “Cut to the Feeling” the audience was already two steps ahead.