Over the years, there have been countless rumors about musicians selling their soul for their shot at stardom – and The Devil Makes Three may have made one such deal. The Devil Makes Three artfully combines bluegrass, country, folk and jazz, sucking listeners in with inescapably catchy hooks and choruses. They do this all while discussing sin and salvation, ultimately casting a spell on their audience. They brought that dark magic and captivated Red Rocks with their charm Friday night.

Canadian country-singer Colter Wall kicked off the evening with some classic country. Though many audience members were still finding their way inside the venue when Wall took the stage, the front half of Red Rocks was packed with fans who couldn’t help but dance along to his music. Wall’s distinctive vocals carried over the crowd and pulled plenty of attendees to their feet. 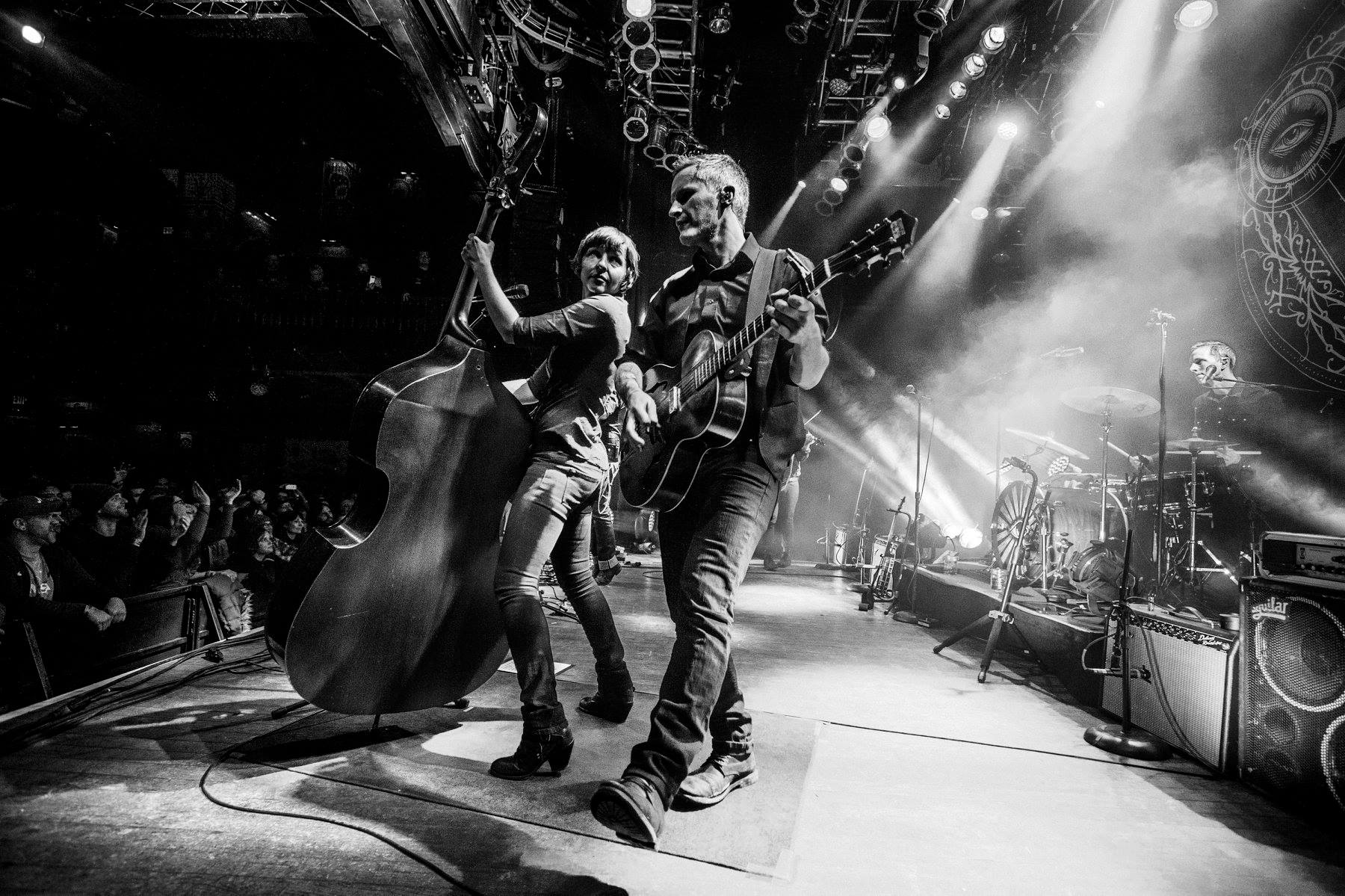 Lucero followed Wall’s set and immediately faced a few hiccups. They spent a brief period of time re-tuning instruments and adjusting their feedback monitors. Fortunately, Lucero has an incredibly charming stage presence – watching them tune instruments and talk to the audio engineers proved to be almost as captivating as their performance. However, once the sound was adjusted it quickly became clear that the groups’ charms were no match for the power of their music. While fans were still filing into the venue, the concert-goers who had found their seats quickly discovered that they wouldn’t be sitting for Lucero’s set – Lucero’s music commands audiences to dance. And dance we did.

When Lucero closed out their set, it was clear fans were still ready for more. Fortunately, The Devil Makes Three provided precisely what the audience was looking for. After an evening of dancing with Wall and Lucero, Red Rock’s was nearly begging to continue the party into the night – and following the recent release of their Live at Red Rocks album  The Devil Makes Three was happy to oblige.

Dressed in all black and slick as Satan himself, the band effortlessly made their way out of the shadows. They arranged themselves neatly center stage, inside a circle of lights – much like an entity summoned to Red Rocks that was safely contained within the confines of a summoning circle. “I can’t think of another place in the entire world I’d rather be right now,” frontman Pete Bernhard called to the audience between songs. Based on the excitement of the Friday evening audience, it’s fair to say that fans couldn’t have agreed more.

There’s something about The Devil Makes Three that commands the audience to dance. It’s nearly impossible to listen to their uptempo music and sit still. However, there is still something about it that suggests there might be something sinister lurking in the shadows. Even the band’s name suggests that something evil might be along for the ride. At times, the music almost begs listeners to sink into the depths of sin and live there for just one night with the band – and in return, they promise salvation. 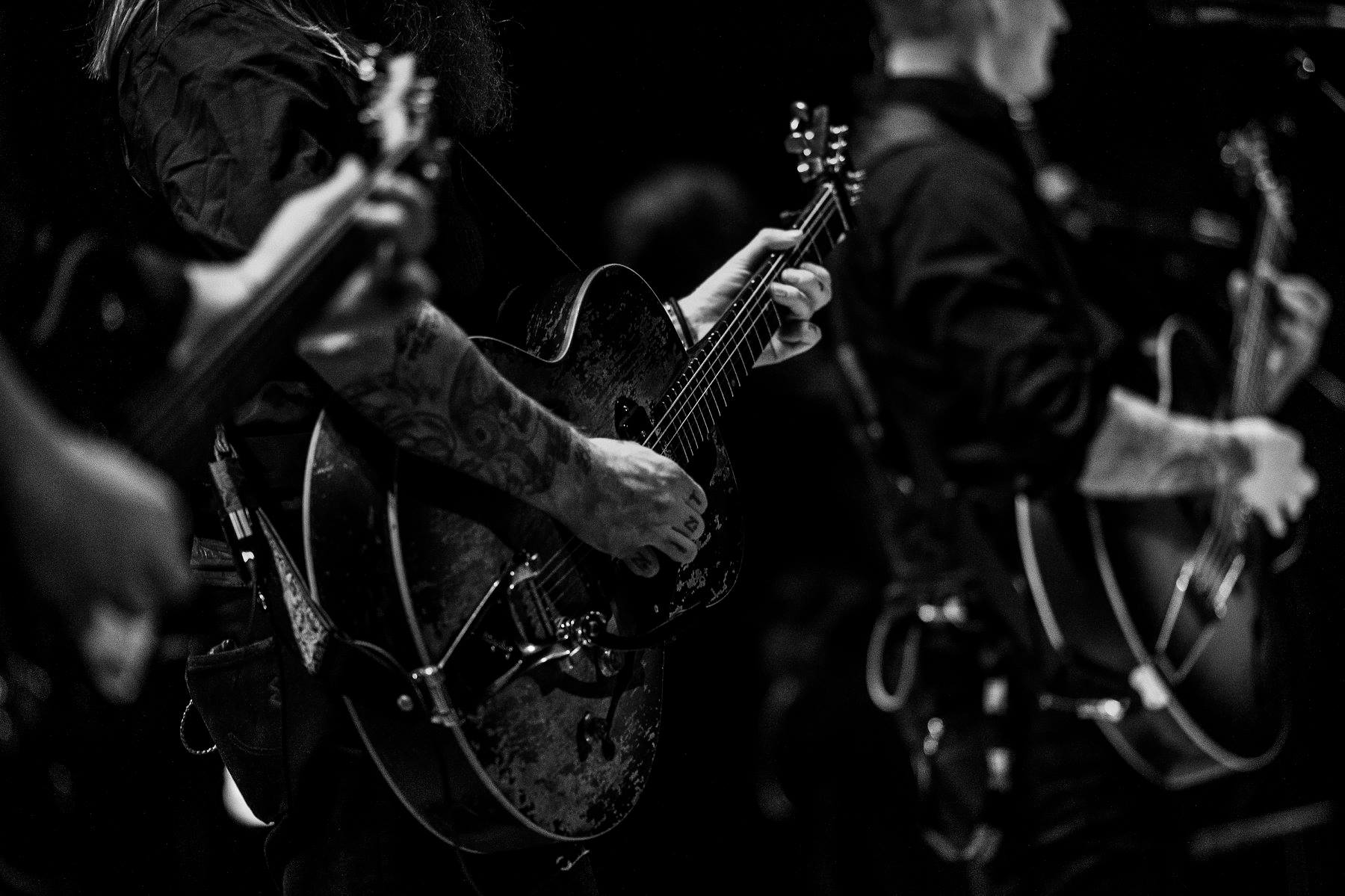 The Devil Makes Three perfectly combines their uptempo music with hauntingly slow intros and outros. Perhaps the most spellbinding intro of the evening was a cover of the first verse of Black Sabbath’s “War Pigs.” While the cover was a departure from the classic rock heavy sound of Black Sabbath, it was true to The Devil Makes Three’s folk and bluegrass style. The undeniable sound of the steel guitar, banjo and mandolin gave the music its country sound, which reverberated off the rocks at Colorado’s most prized venue, captivating the audience.

All photos courtesy of The Devil Makes Three on Facebook.