Religion, politics, love, age, music — the themes of Kevin Morby’s music are scattered. His ability to weave them together with a hardened swagger, though, is what makes him truly special. This past Saturday night Morby and his Oh My God Band performed an hour-and-a-half show to a sold out Bluebird Theater.

In April of this year, Morby released his fifth solo album — a dual LP titled Oh My God. The ambitiously entertaining piece stripped back Morby’s guitar-driven element that fueled his previous works, and made use of more diverse instrumentation in its place. Spitting poetry at every turn and embracing impactful — often neglected — musical elements like silent pauses and spoken word, Morby creatively deepened his simplistic sound with Oh My God.

Morby’s bandmate and producer Sam Cohen opened the show. Proving to be one of the real champions of the night, Cohen played for nearly two-and-a-half hours with the exception of about a 20-minute break between sets — the first set his own, and the second on guitar beside Morby. The man is a well-known producer having worked with the likes of Shakira, Norah Jones, The National, Karen O and many more. He was also the Musical Director for The Complete Last Waltz concert which featured members of Dr. Dog, Cass McCombs and Kevin Morby himself.

Cohen utilized his opening set to showcase his solo material for those that showed up early. The producer and musician gave the Bluebird a dose of blues-rock that was at times playful, at times impassioned but always soulful. He was charming and laid-back showing off his skills on the guitar and vocals. His time in the spotlight was well spent, simultaneously warming up the crowd.

After a short break, Morby and his six-piece supporting band — Cohen included — stormed a dimly-lit stage paired with minimal production. Fake flower bouquets were affixed to the mic stands and cloud-like cotton lined the stage — but that was all. The back wall was simply a black curtain hanging from a pipe-and-drape. I often wondered when it would drop, revealing some sort of Oh My God artwork or projections that tied into Morby’s creative and wacky music videos. That moment never came, though, and that was okay because by the end none of that mattered — this Saturday night was about the music.

Morby wore a dark suit wreathed with patches including angel wings, planes and candlesticks — like some sort of provocative tin soldier. The show took off with Morby playing nearly all of Oh My God, appropriately alongside Cohen granted Cohen produced the album. Working his way through the abysmally baptismal new release, Morby showed that — though, midway through his tour — he was still emblazoned and passionate about the work. Often giving praise to Denver and his fans, he would stumble across his words as if he was too excited to share them — and his music. It was real, breathing even more life into the night. 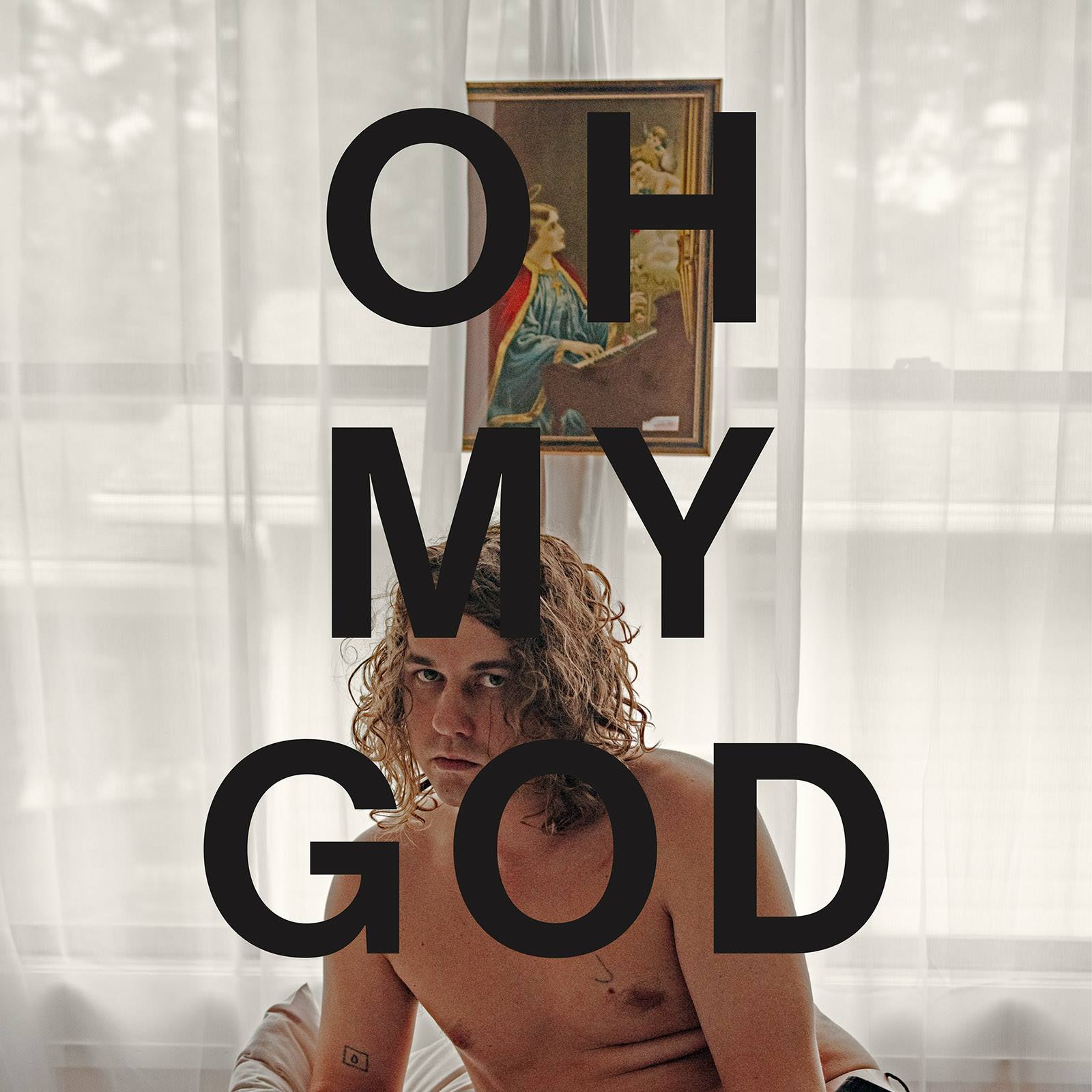 Morby wrapped up the show with a handful of selections from his other works, slowly back-tracking through his discography and ending on an encore of “Harlem River.” The whole thing felt like a celebration of his art, starting with his most modern achievement and then a greatest hits medley to close it all out. As a tremendous fan of the new album (though still not my favorite), Morby gave me exactly what I wanted from the tour.

The musician is hilarious, heartbreaking and poetic all at once. Playful yet political, his tongue-in-cheek humor is so well illustrated it just adds to his cool charisma when performed out live. His use of superb lyricism combined with repetition rides a fine line, on the verge of being too ambitious at points, but his vision is clear and his words well spoken. Morby’s voice was flawless this weekend in Denver, not that he flexes a huge range. Regardless, that cool-sounding tonality never faulted and the Oh My God album proved even more powerful when played live, backed by Morby’s masterful songwriting and talented band.