There’s nothing quite like rabid fandom — the type that manifests itself in teenage shrieks, uncontrollable shakes and tears. Pop stars live and breathe said worship, as it comes with the territory, and Australian pop outfit Cub Sport is no different. With a sound that conjures pastel hues and toes the line of a sparkling pop obsession, enshrined on the wall of a teenage girl’s bedroom, Cub Sport’s music is the reckless love of a young heart. Hitting the Marquis Theatre Saturday night on the heels of their newest self-titled project, Cub Sport had the audience’s blood pumping and hearts racing, chasing the entrails of the band’s vision of young love. 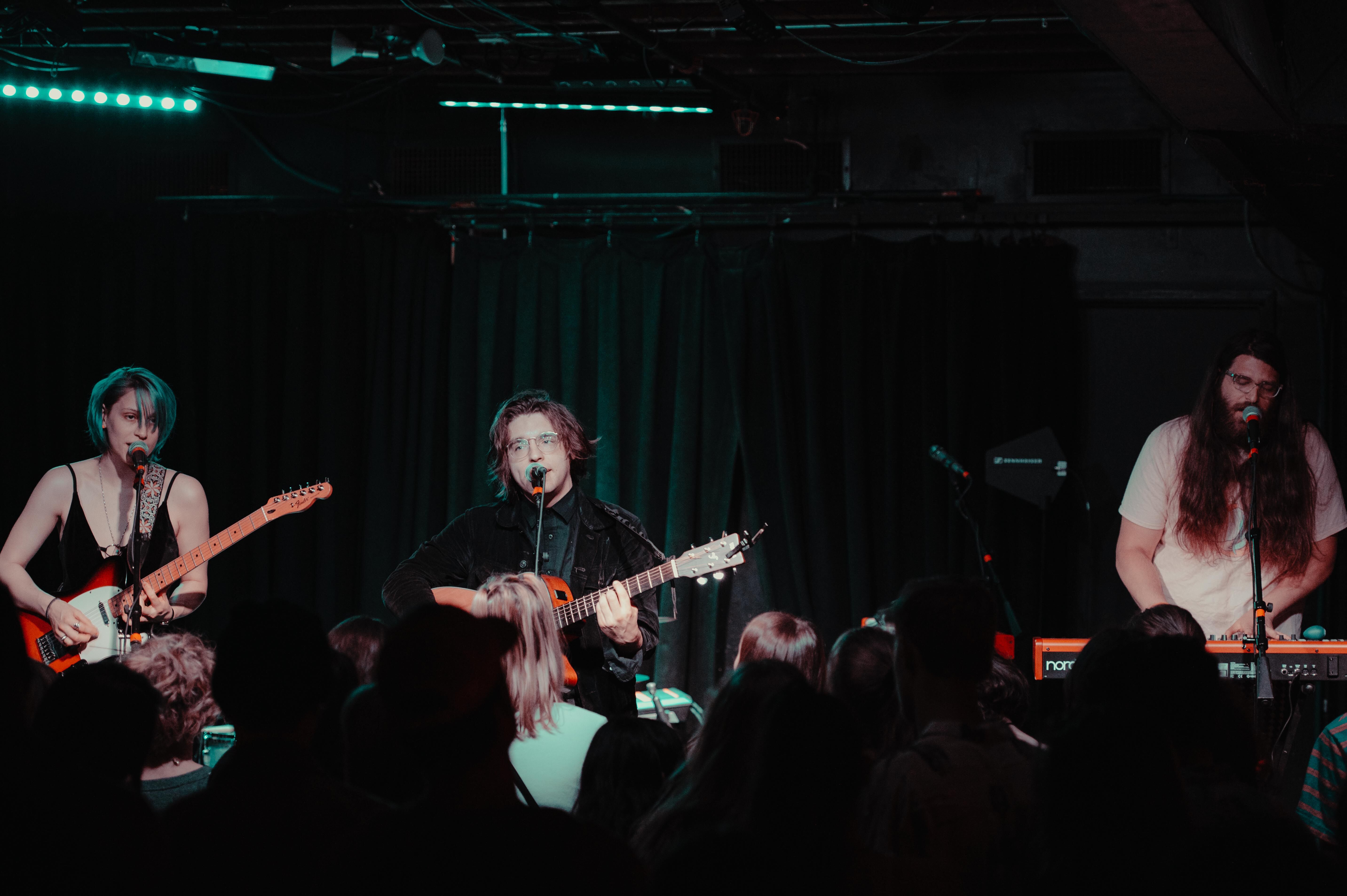 Denver-based Modern Suspects opened the performance. Bringing their pop-rock jukebox to the early birds that gathered in the Marquis. Playing with rousing energy, the band charged up the modest accumulation of fans. With far more ambition than most opening acts, Modern Suspects performed as if it were their own headlining gig, surely converting many Cub Sport hopefuls into fans in the process. Hailing from Richmond, Virginia,  delicate pop band  Minor Poet took over where Modern Suspects eventually left off. Sounding more academic and waspy than Vampire Weekend leaning into their most Vineyard Vined intonations, Minor Poet poured out jangling tunes that had the heads of the audience bobbing. Something, however, was amiss. The sound of the band felt at odds with itself — haphazard notes crashed into misfired harmonies, making for a rather grating experience. The audience, however, took it all in stride and encouraged the band despite it all. 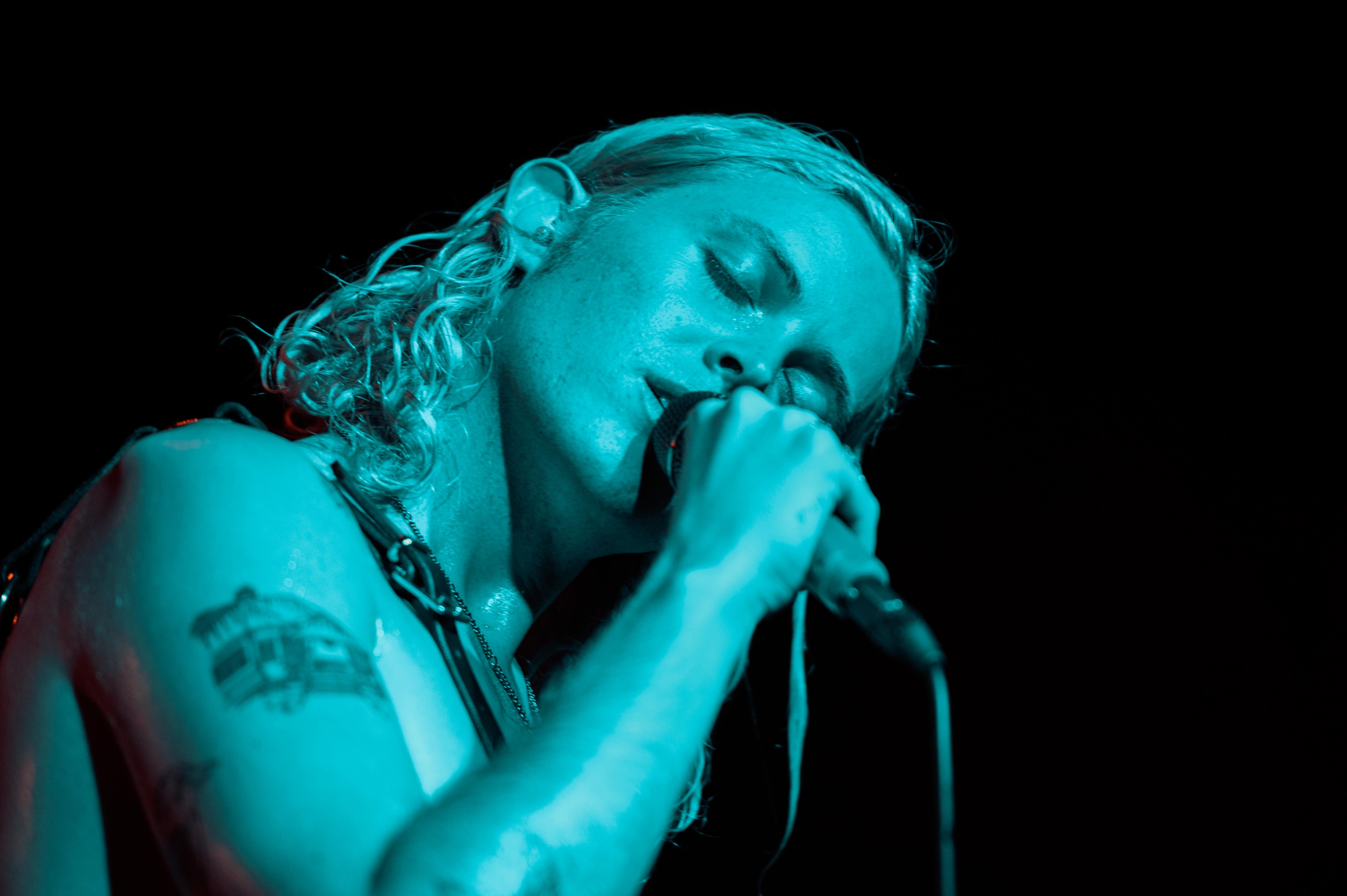 When the time came for Cub Sport to hit the stage, the crowd erupted in screams and X-marked hands reached for the ceiling, clutching iPhones, eager to take in the moment. Lead singer, Tim Nelson with long platinum blonde hair meanwhile donning a chained harness, grappled our attention — launching into the vulnerable acapella of “Unwinding Myself.” His voice swept through the venue sounding effortless as it challenged the conversations in the back. Reaching a near silence, the band followed with the autotune inflected “Video.” Nelson, pacing the stage with baited steps looked angelic — locking eyes with people in the audience and singing directly to them for a number of songs. Girls and guys sang along to the tracks as if they’d cease to exist at any moment, holding onto Nelson’s words as they slipped from his mouth. Several times, Nelson would stare into the audience and hone in on a fan so intently that they’d be brought to tears — the intimacy of the moment reaching a fever pitch. 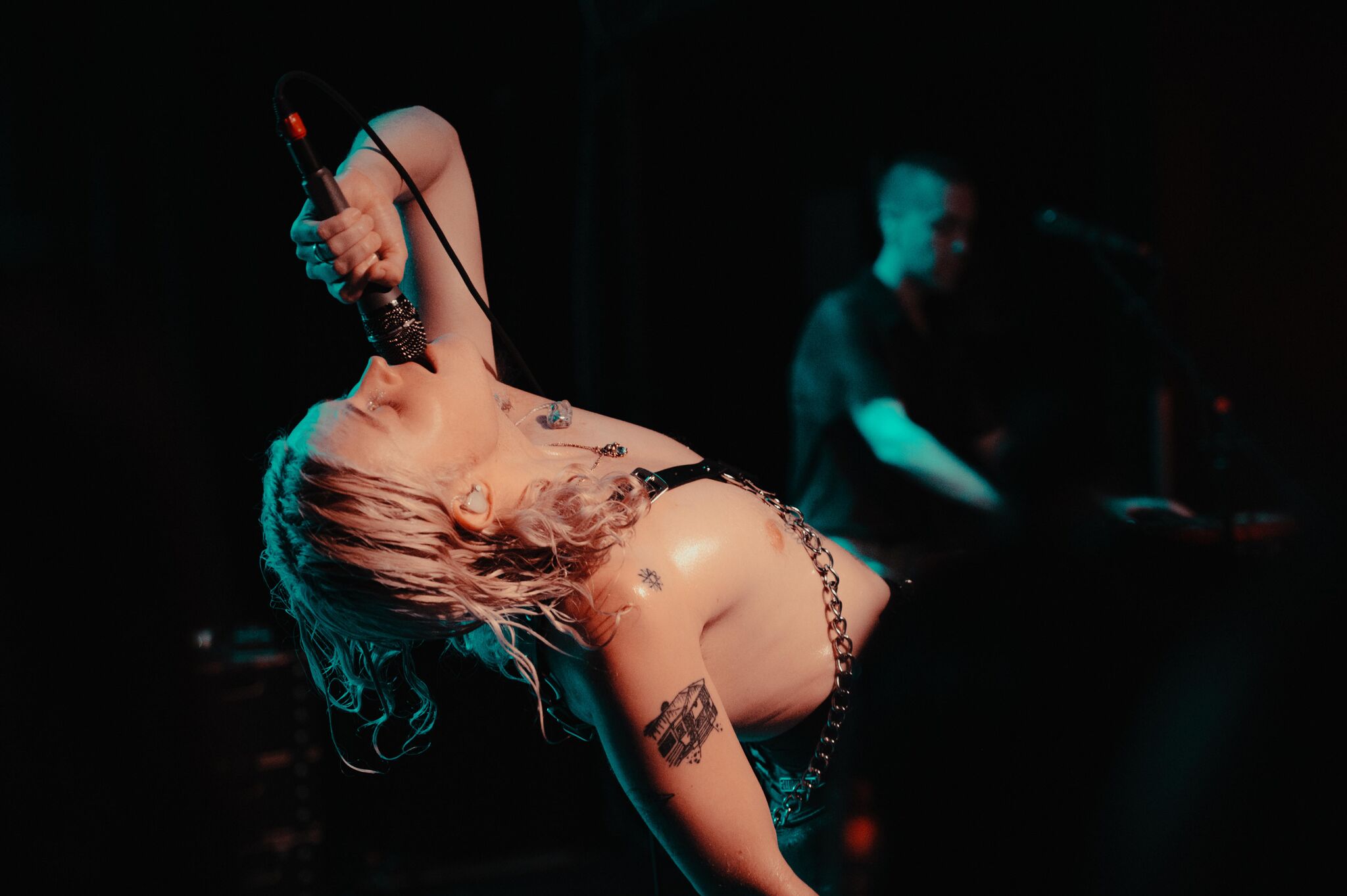 With many of their autobiographical songs diving into the adrenaline rush of young love and Nelson recently marrying his longtime bandmate, keyboardist Sam Netterfield, Cub Sport brought a teenage dream to reality upon the stage. The band’s songs touched upon the struggles and desires of the audience in a way that came off like a conversation. Looking around, the crowd was rapt in the music — catching a second-hand high and never wanting to come down. “Sometimes” sparkled as Nelson’s vocals swelled and soared to euphoric heights, “Good Guys Go” tore through the room with an uneasy trepidation and “Party Pill,” dedicated to Netterfield oozed with affection. At the closure of the performance, Cub Sport sent the crowd out to the streets in a tizzy with a send-off scored by the band’s last song of the night, “Come on Mess Me Up.” The crowd left the venue vulnerable and reeling from the excitement, but ready for another go — much like young love itself.