Mural festivals are quickly gaining popularity. The combination of live action painting and spending time outdoors suits Coloradans well and as a result mural festivals are replacing more traditional art and craft fairs — especially for younger generations. Denver’s mural scene has grown so much that RiNo isn’t the only place to find this kind of an event anymore. Come next month, a new one dubbed COLORCON will pop-up in an alley off Broadway.

Presented by one of the hubs of art and culture in Denver — the Golden Triangle Creative District — COLORCON will transform the back alley behind 1112 Broadway with murals and improved lighting on June 28. The event was thought up by seven independent businesses in that area — Zen Compound, Howard Lorton Galleries, SoCo Nightlife, Stoney’s Bar & Grill, Third Way Center and 11th Avenue Hostel — as a way to curate a new spin on an already hip neighborhood. Each business contributed funds to make COLORCON happen, while supplies were donated by Meiningers.

For this first year, the festival will makeover a single alley. However, the event hopes that each year a new alley along the Broadway corridor will take its turn. Eventually, all of the businesses who want to participate will have their own murals and the vibrant area will be even more colorful, artistic and infused with local talent. 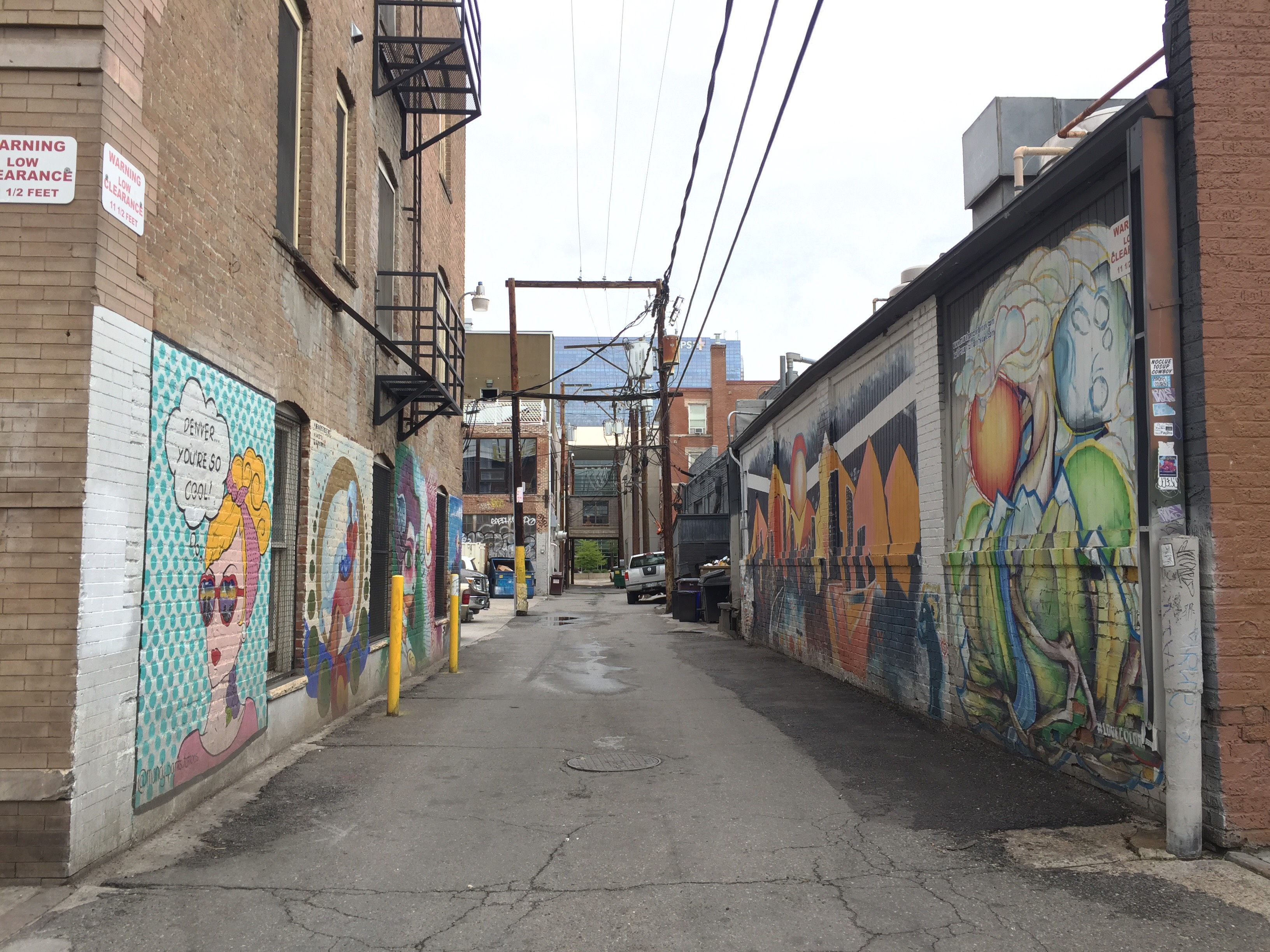 The selected alley is behind 11th Avenue Hostel and already is home to some murals — including a heavily Instagrammed piece by Mandy Hazell (a Denver-based tattooer) that reads “Denver… you’re so cool,” and more recently one by a long-time local female street artist, UC Sepia (Seymon Gurule). Hazell’s piece will remain, but some of the other paintings will be replaced with fresh ones.

COLORCON’s list of participating artists is something for a first-year festival to be proud of. It includes Anna Charney, who will bring her optical illusion-inspired swirls. Chad Bolsinger is sure to beautify his wall with something influenced by natural imagery. Denver legend Koko Bayer — a descendent of the famous Bauhaus artist Herbert Bayer — will wheat paste one of her iconic pictures that have become a badge of honor around the city. Well-known multi-media artist Jaime Molina (aka Cutty Up) who has been featured in the Denver Art Museum, as well as walls all over the city, will also join the list. There are still more to be announced, but already with these artists, the Friday night festival is sure to bring some dedicated fans to Broadway.

The event itself will include live mural creation (both painting and wheatpasting) as well as live music, local beer and food. Although the hours with all of those things are 6 to 9 p.m., the artists will begin working at 9 a.m. — so if you want to see them in action, it’ll be best to stop by sometime before 6 p.m. in case they work quickly.