Kris Davidson sees in shapes. His geometric triangles and plus signs move fluidly from paper to skin. He’s a tattoo artist, but the word “artist” always comes first.

Often times, tattoo artists start their careers because they have inherent creativity and artistry. Once an artist becomes a tattooer, they are under pressure to create the visions of their clients, but how do they marry their clients’ needs with their own creativity and freedom?

Davidson, a Colorado-based tattoo artist, has mastered this challenge by having creative control over his clients’ tattoos. He’s gained a considerable following on Instagram, and has clients who travel from around the world in pursuit of his ink. They give him a general idea of their likes and dislikes, and from there he works his magic and makes a customized piece of art for each person without revealing the tattoo until the day of. 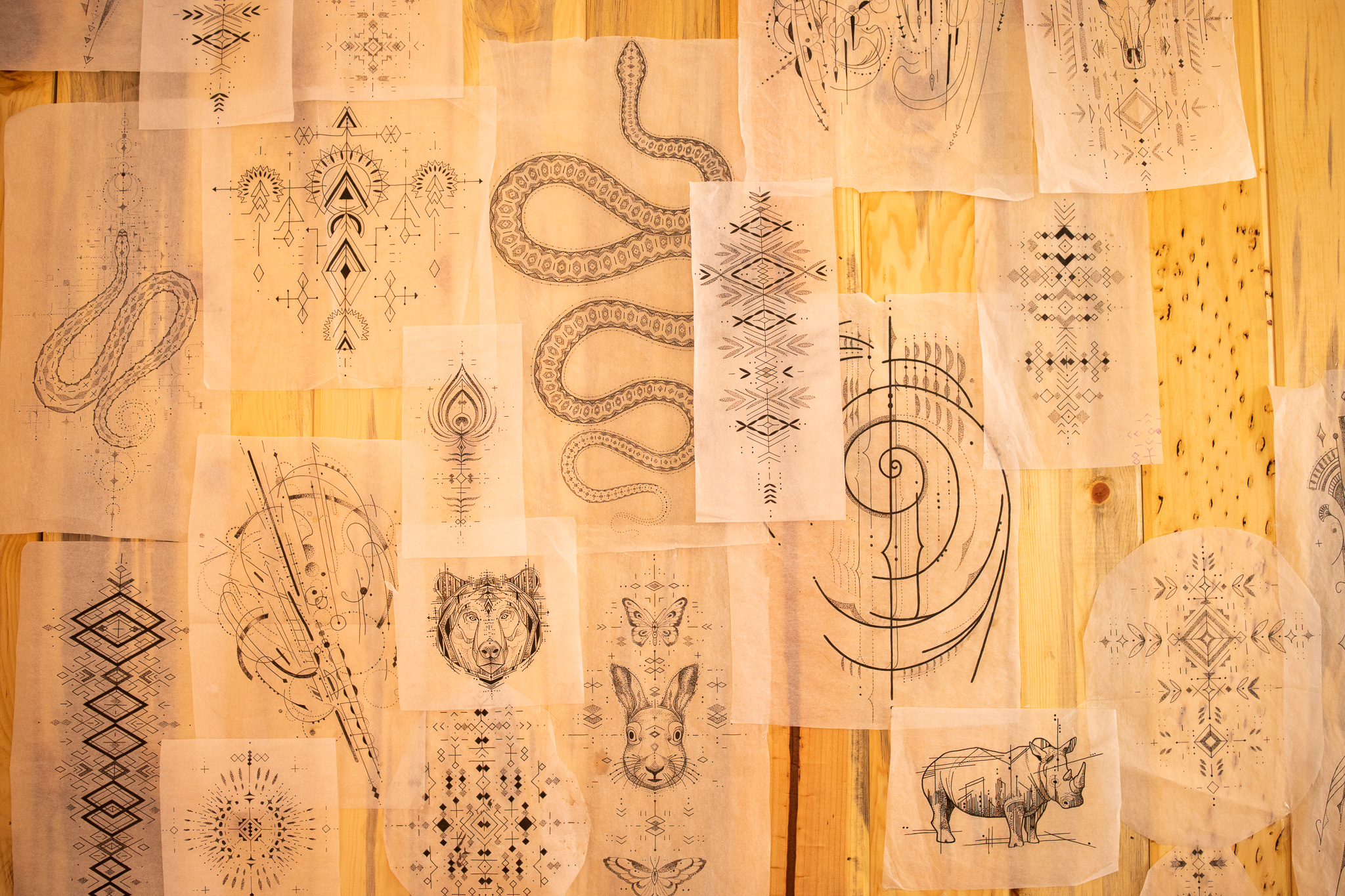 According to Davidson, this actually works out quite well for both him and his clients. In fact, people seek him out, not just for his signature style, but because of his nuanced approach to tattooing.

“When I draw for somebody, it’s different then what I draw for myself. And 99 percent of the time it works seemingly perfect for the person,” said Davidson. His confidence in his vision and ability to tailor that to each individual, makes the tattoos speak for themselves. The outcome of this is he doesn’t have to follow rules or sacrifice his own creativity in the process.

“I’m thankful that I can draw and create whatever I’m inspired to do and tattoo it on people,” he said. With control as a tattoo artist, it gives him the freedom to explore and find artistic growth through each piece. “It allows me to innovate and keep it fresh and inspiring,” he added.

Considering his artwork will be permanently on the bodies of others, Davidson recognizes the importance of the connection between himself and his clients, and therefore is not afraid to say no to a potential client. “If it seems like we’re not the right match, I say no. I don’t really hold back anymore because I’ve learned to trust that,” he said. 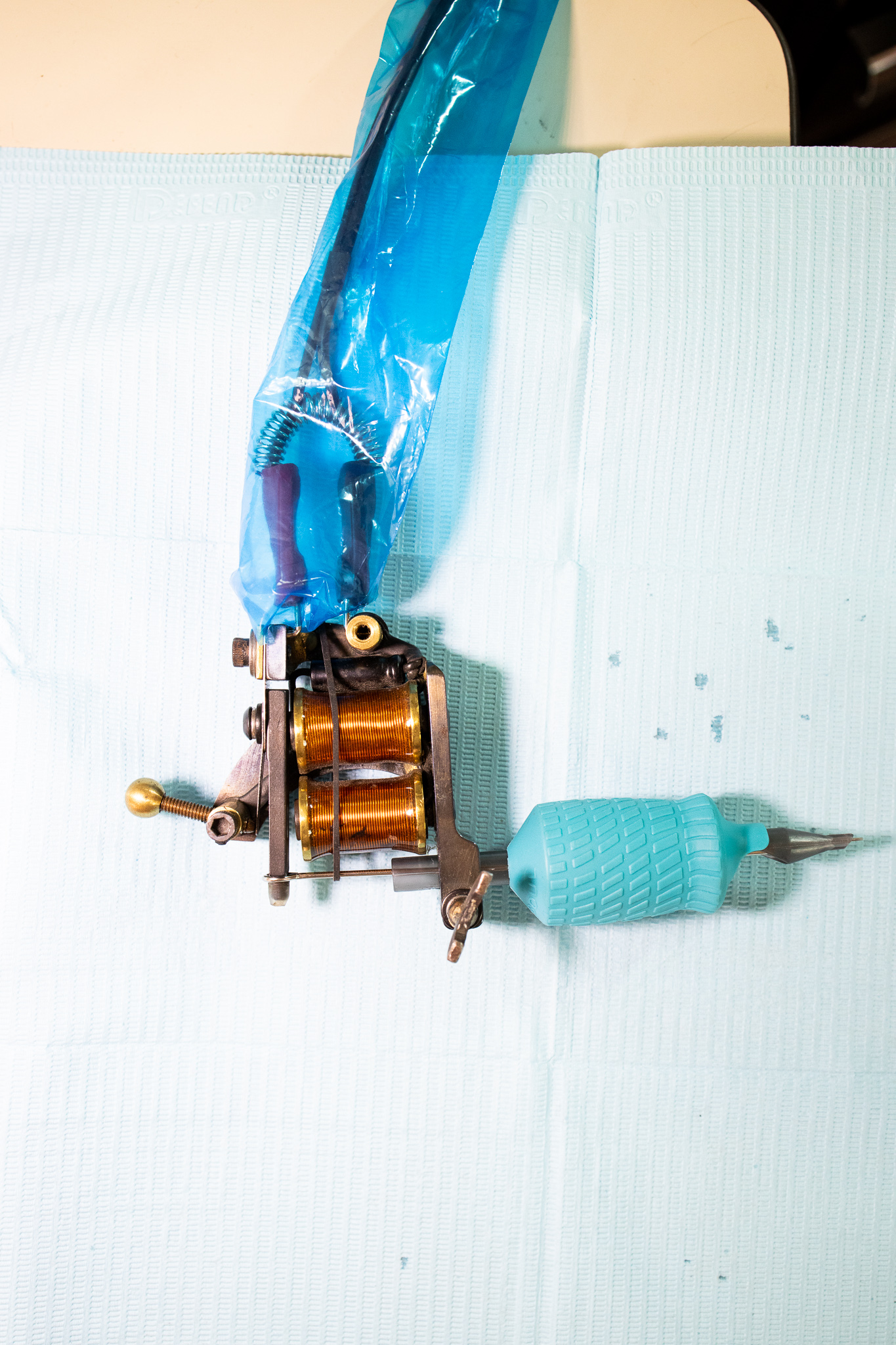 Davidson gained experience and knowledge through years of live-painting and constant exploration of different artistic mediums — from painting, to sculpture, to tattooing. His creativity brought him to tattooing in 2010, and he now works from his own studio in Boulder, Colorado. In his studio, his dedication to the process is shown by his choices in the music playing in the background, to the art that hangs on the brown shiplap walls around the chair.

“I like to look at tattooing as obviously a visual art, but I also see it as a healing art,” explained Davidson. “If you are being present with somebody while they are consistently experiencing pain, on levels that are spoken about or not, things are shifting mentally, emotionally, and energetically. When that type of thing is happening, tattooing can also be healing.”

Davidson was always drawn to therapeutic healing, and says that if he wasn’t a tattoo artist, he would be a therapist. He doesn’t promote himself as a “spiritual tattoo shaman,” but more so sees healing as an unexpected outcome that happens from the one-on-one connection in a tattoo session.

All too often, the significance of a tattoo is carried by the image itself, and not the artist behind it. Davidson brings a new meaning to his profession by sharing his art through the form of tattoos. He demonstrates that the human connection between the client and the artist is not a one-sided exchange, but rather, can have an emotional impact on both individuals. His unique style is evident in each tattoo, but by allowing intuition and creativity to drive the process, he is able to bring life to his client’s vision better than they could themselves. 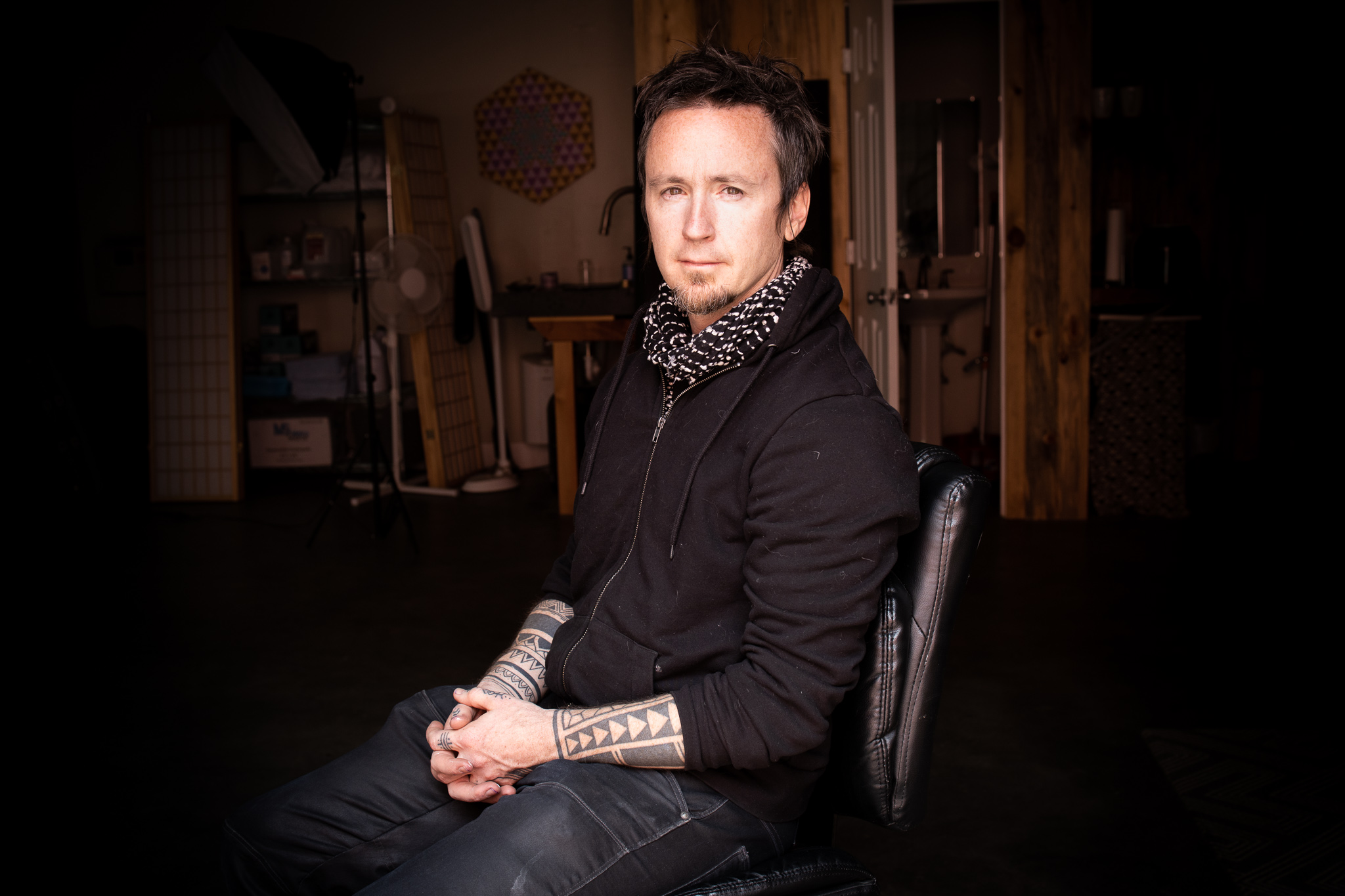