Most buildings hold ghosts — perhaps not in the spiritual sense of the word, but certainly in the sense that memories or traces of what used to occur within them remain for future inhabitants. Some are more haunted by these ghosts than others, and it is a special occasion when the present moment can invoke some of those historical apparitions. Such an occasion is happening in an old slaughterhouse in Denver’s Globeville neighborhood until May 11*, where the company Control Group Productions is hosting its current pop-up theatrical event, Aggregate Immateriality. By definition, “aggregate immateriality” means “an act of mass disappearance” or the ethereal concept of all that is nothing.

If that sounds heady, then you’re on the right track. The purpose of the show is to explore the transition from life to death — a murky area that has been tackled by philosophers, religions and entire civilizations. Artistic director Patrick Mueller approached it with the eye of an artist, using actors and dancers to shepherd the audience through an at-times-perplexing narrative in the basement of the old slaughterhouse. “In an experiential, interactive combination of theatre, dance, design, and site, we invite audiences to contemplate their mortality as we follow a friend through her transition from life into death,” the website states. “In a space made for animal mass murder, we offer gentle gifts and warm human contact, working to dispel our fear of the specter of death, and invigorate the exquisite sensation of being alive.” 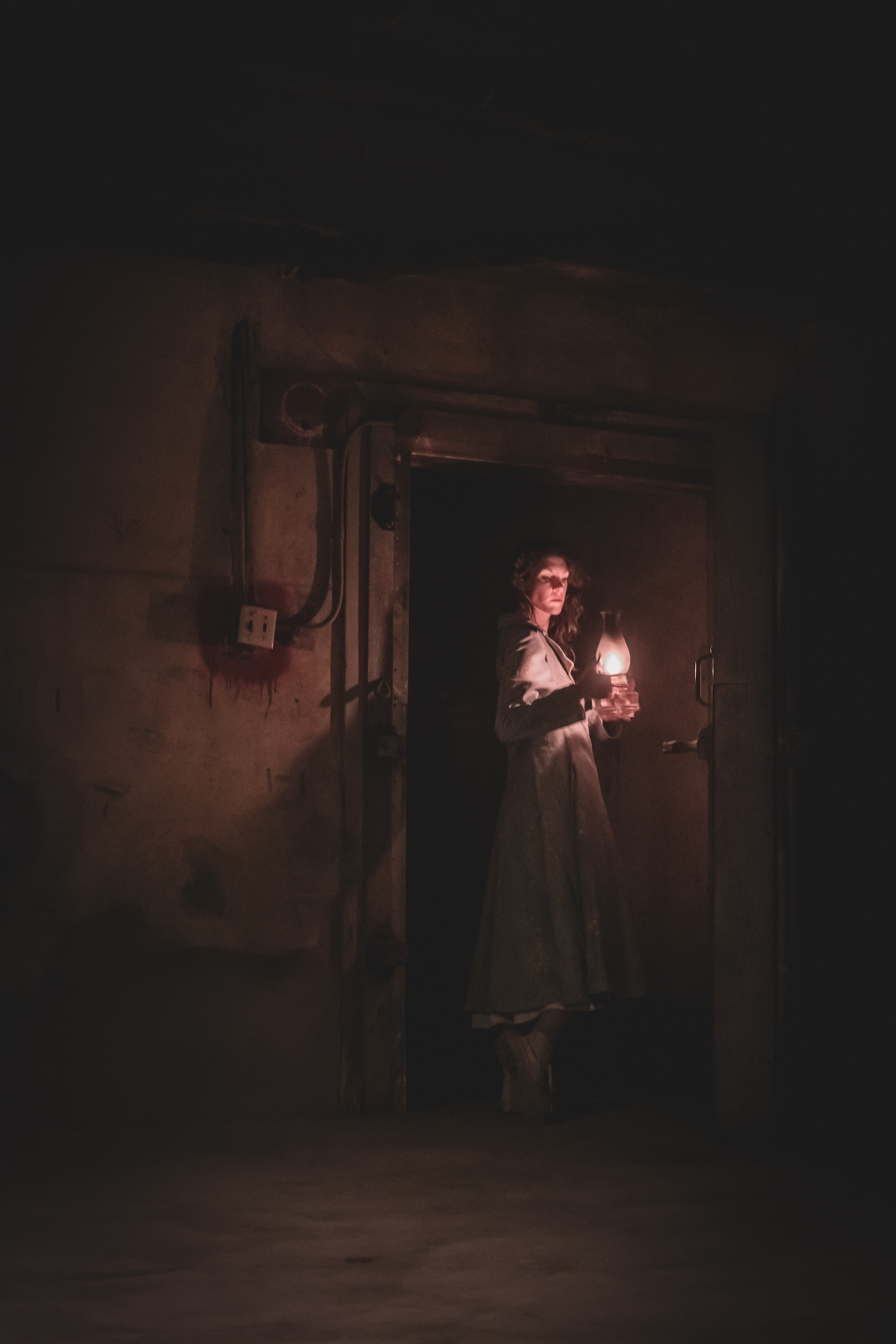 Most of the scenes are played out in near darkness (and a few with a blindfold in a state of sensory deprivation) — a choice that represents the veiled passage to the afterlife. It also allows this show to be the last of a series by Control Group Productions called dances made to be viewed in the dark which started in 2015. Many different rooms are used, forcing the audience to take part in the show by following actors and allowing them to lead them in a maze-like path in an unfamiliar, dark warehouse. For some, this will inevitably feel creepy, and part of the beauty of the show’s design is to embrace that fear (in order to release it later).

The first encounter with the show begins with an email from Mueller, instructing you to report for your first day of work at 4800 Washington Street. Upon arrival, each “employee” is given a punch card, a white butcher apron and a hairnet. From there, the audience is divided and led in different directions — a tactic that not only allows each scene to have intimacy but also means that the sequence and narrative vary by group. The “chapters” of the story are both moments in the transition to the afterlife and memories of the past.

One, for instance, is a room filled with a foot of dirt, where an actor greets you with fake roses to plant. Through a well-written monologue, the actor hints at how Globeville was a Superfund site while also speaking to the idea that purgatory is like planting a garden that won’t ever be harvested. There are other “Easter eggs” scattered throughout the show that either relates to historical events or traditional concepts of the afterlife — amplifying the experience for those who catch onto them. 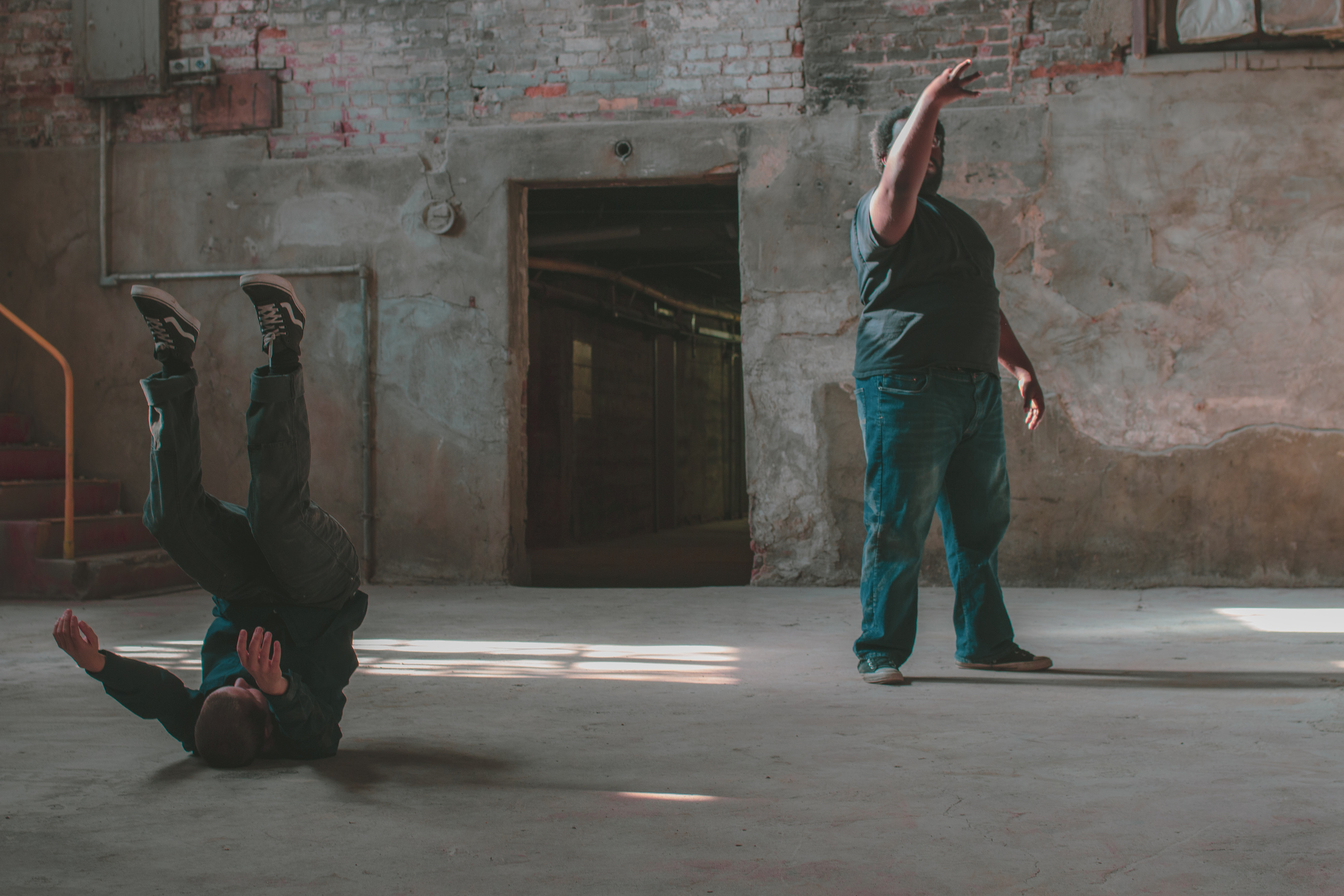 The group that created all the “stage” designs is a local one called Incite Productions who thrive on reanimating old or forgotten locales and consequently, encountered plenty of inspiration from the abandoned slaughterhouse. Because of their ingenuity and the convincing nature of the actors, there are moments that articulate the purpose behind the show perfectly and poignantly, without too many props. The whole thing is a lesson in letting go, and in order to teach that to the audience, the designers, actors and directors had to let go of many preconceived theatrical ideas and come up with something avant-garde.

Aggregate Immateriality obscures the boundaries between life and death so that the journey from one to the other is recontextualized. But it doesn’t stop there, it takes it one step further and uses the historical artifacts of the building and the neighborhood that surrounds it to reach beyond entertainment and into a world of deep personal reflection. These interactions are far more complex than an audience watching a performance. They are so complex, in fact, that there will no doubt be a time when you feel lost and confused. I still can’t quite put my finger on the reason behind the aprons and “employee” designation, except to say that it relates to the vibe of the slaughterhouse. But that’s all part of it, and presumably, part of the process of remembering sad things and of dying.

Above all else, Aggregate Immateriality is a poetic experience that requires humility and curiosity. It demands a suspension of belief, temperance of nerves, a recollection of the past and an open mind about the unknown. Much like the subject it revolves around, there is no answer to your questions. No one knows, and that’s the point. 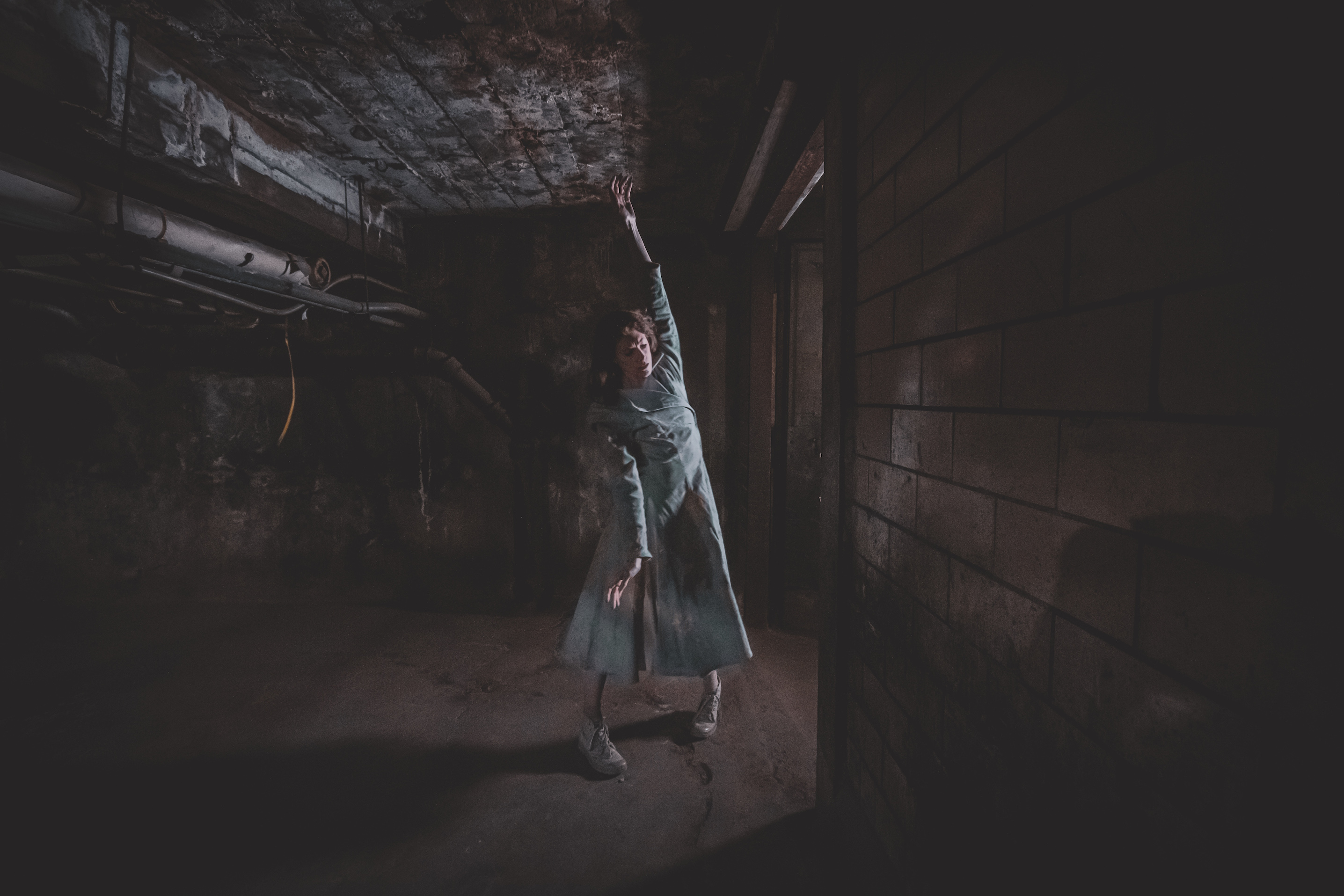 Aggregate Immateriality is on view until May 11, 2019. Tickets are available here.

All photography by Nicholas Caputo, courtesy of Control Group Productions

*Editor’s Note: Due to popular demand, this performance has been extended by two weeks. At the original date of publishing, the end of the show was scheduled for April 29.