Vince Staples is as dystopian a rapper as they come — except the tales he raps about are vivid and all too real. The 25-year-old Long Beach rapper is an armed and ready lyricist — spitting magazines — a bevy of lyrical bullets. His words have as much to do with wounds both emotional and corporal — an enduring legacy from his life growing up with gang culture in Southern California. A musical militia of one, when Staples shoots his shot, he makes sure to connect. Coming through the Ogden Theatre, on his “Smile, You’re on Camera Tour,” Staples was acerbic and calculating, launching an all-out assault of a performance — and it was all caught on video. 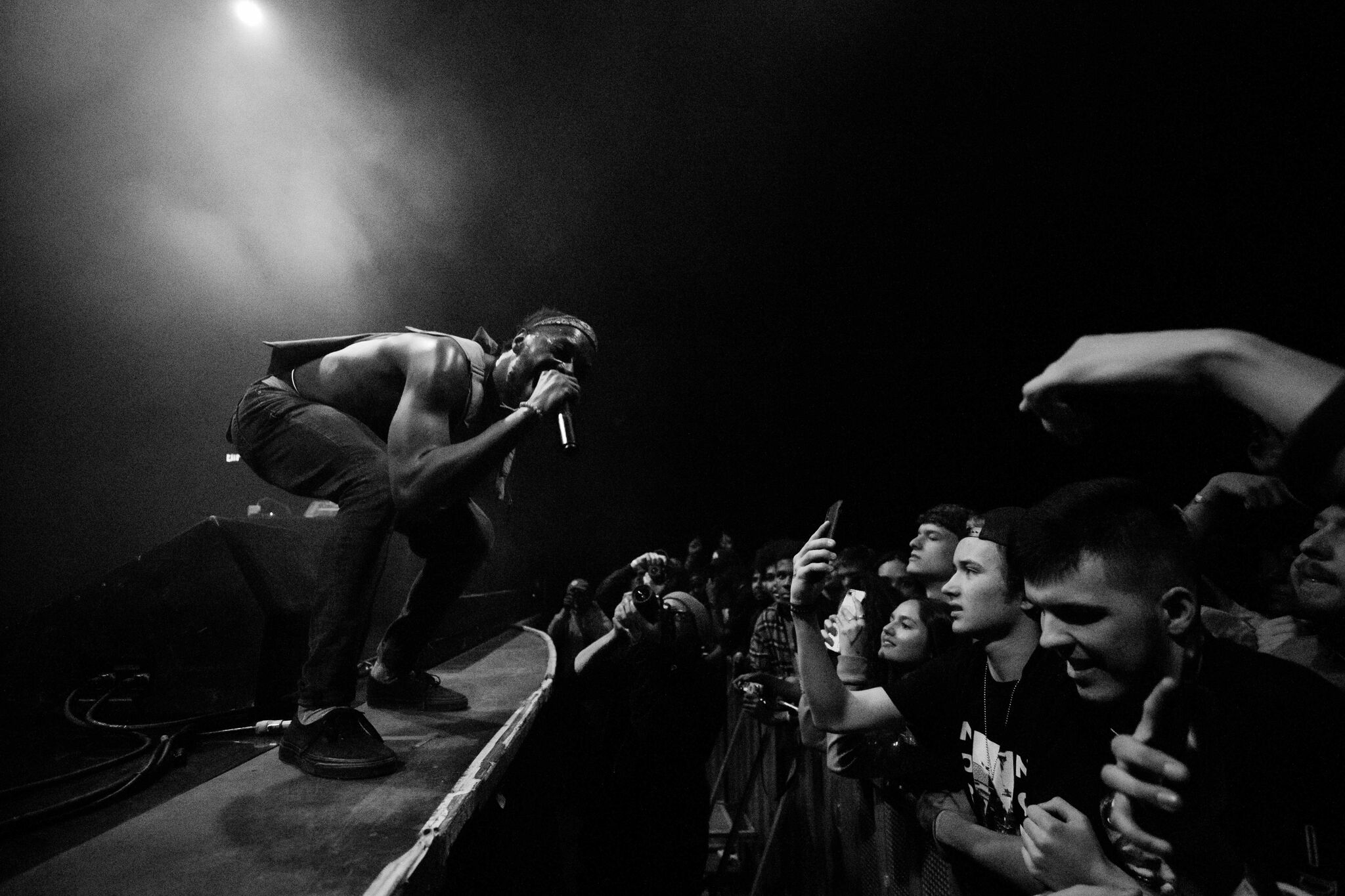 Rising experimental hip-hop artist, JPEGMAFIA opened the performance in bruising accord. Equipped with only a laptop and a completely barren stage — claiming he was “too high and the lights were too bright,” the crowd was extremely dubious for the forthcoming performance. However, queuing up “Real Nega” and letting out a guttural yell from the pit of his bullet-proof vest clad chest, JPEGMAFIA flipped the Ogden on its head. Violently thrashing about and pacing with manic desperation across the stage, mosh pits throughout the theater opened up and JPEGMAFIA dialed full-stop into his irrepressible brutalism. Convulsing, shaking, breaking down, as if his entire body were retching, JPEGMAFIA was a force of nature — a man out of his right mind. His glitching, noise music-based beats popped and skittered as his jagged vocals punctured their way through in broad strokes of vehemence. Positively screaming, “all I need is rest, I am uncontested,” from his song “Thug Tears,” JPEGMAFIA battened down the hatches and threw his all into the ring. A fan dove from the crowd onto the stage getting tackled in the process, JPEGMAFIA jumped into the epicenter of an impending mosh pit and swung from a teenager’s neck, phones, keys and even shoes were discarded in the upheaval of limbs and sweaty bodies as they converged in the middle. The entire episode was on a whole different level. 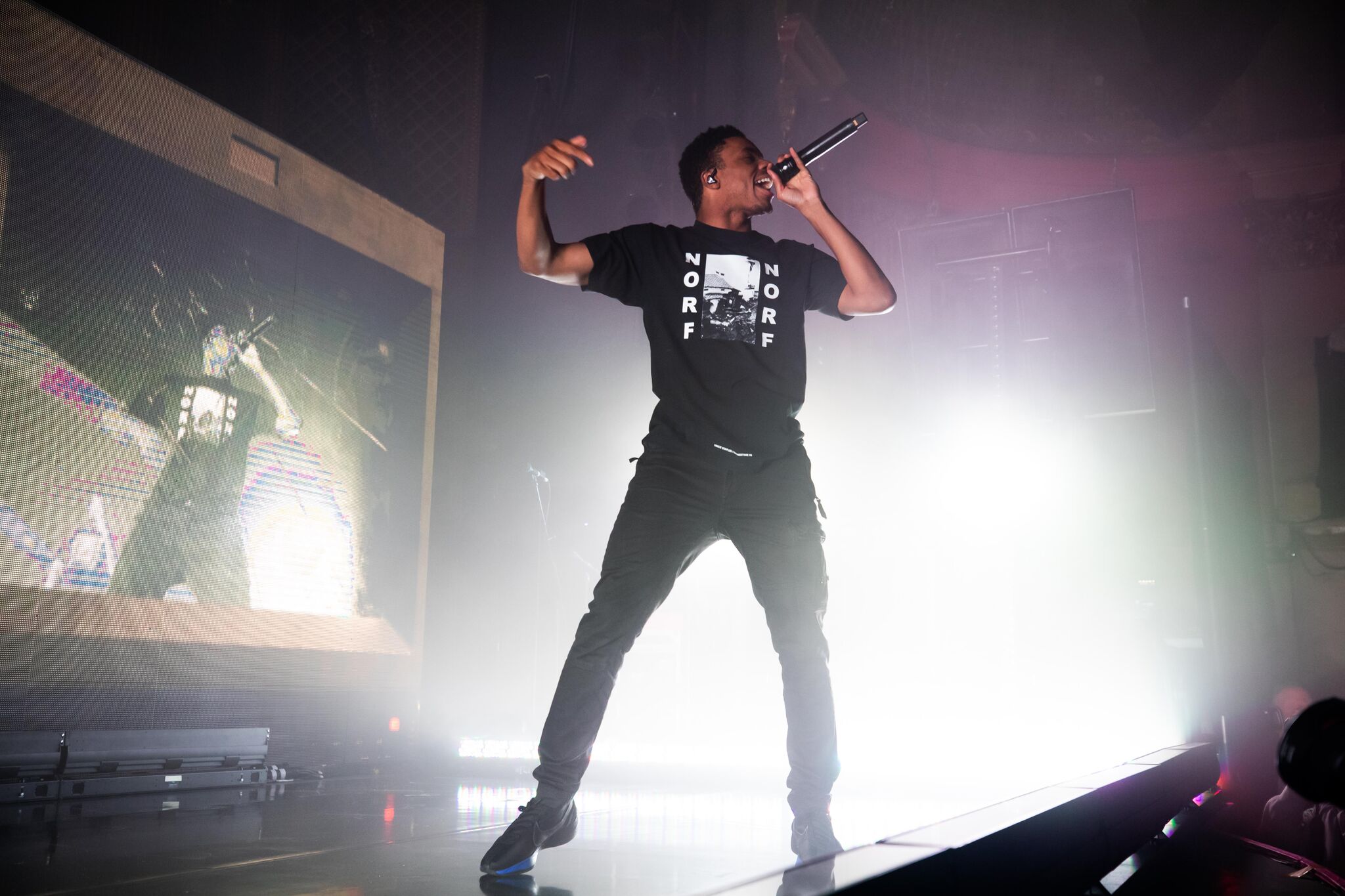 Coming back to our senses however so briefly for Vince Staples, the Ogden had become saturated in evaporated sweat as palpable energy coursed through the theater. Coming out in front of a massive LED screen filled with security displays that had the audience captured at several different angles, to the tune of “Feels Like Summer,” Vince Staples was watching the crowd as much as the crowd watched themselves. Easing the audience into his onslaught, Staples with immense magnetism, drew the crowd into his menacing street anthems. The audience, rapping toe to toe with the young MC, bounced between moshing in droves and feeling out Staples’ oft-experimental beats. Staples, staring through the crowd, didn’t miss a word, bounding from verse to verse with a full clip after clip of verbiage in his arsenal. Traversing through his discography — Staples was a militant figure on the offensive attacking his songs with urgency. “Big Fish” held the audience captive in its nuclear fallout of a massive chorus, “Norf Norf” became an arm’s race amidst the gnashing of limbs, to rise above the tides of falling bodies, and “Yeah Right” shut it down in a metallic curb stomp of Staples’ drawl of a voice and the sounds of malfunctioning Transformers that riled the audience into one last frenzy. 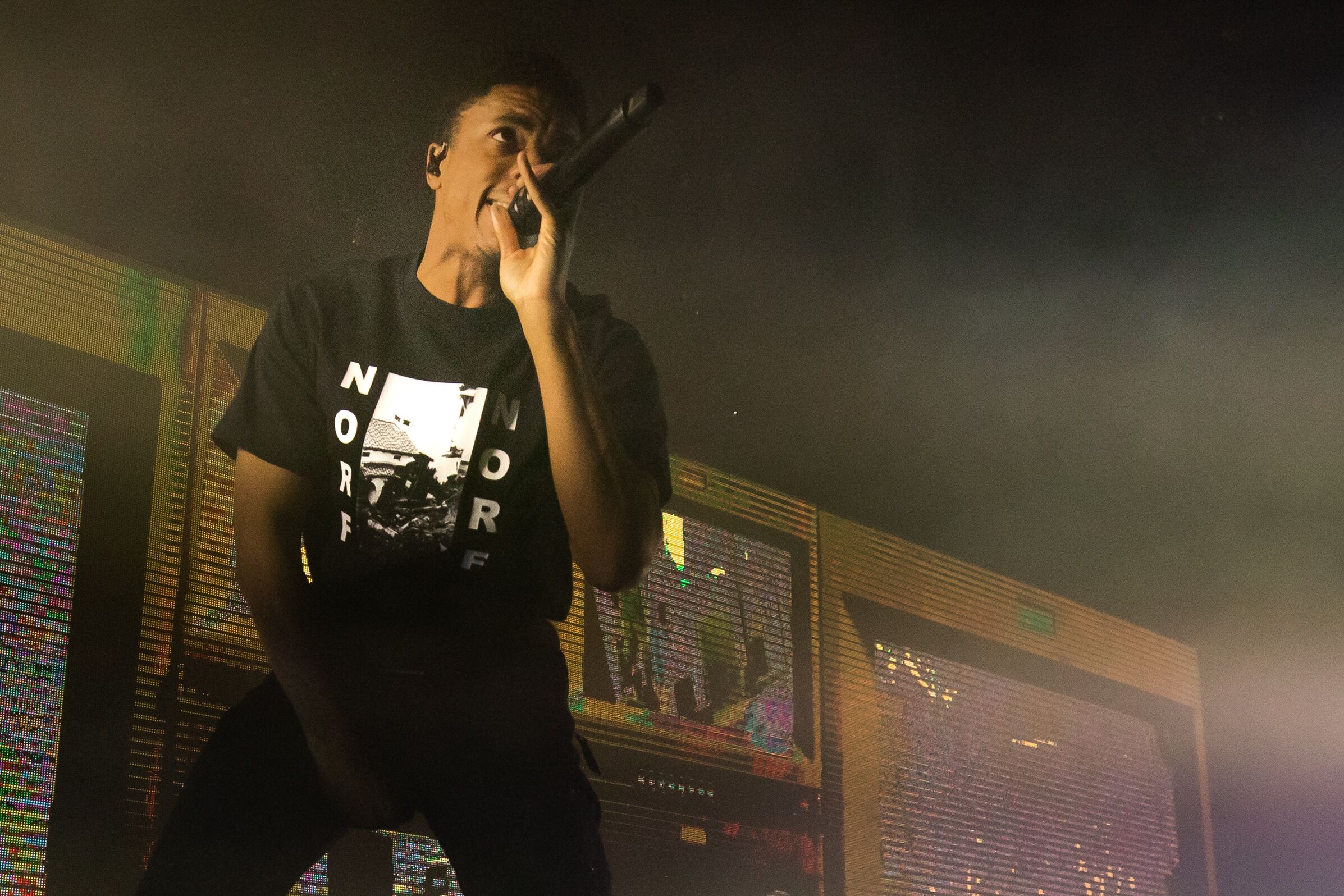 By the end of his set, sweat splattered the railings and moving out through the soaked and mangled crowd felt like moving through the battle lines and assessing the damages. However exhausted and battered the audience was, many lingered for Staples ending reprieve that was contra to the sheer intensity of the show. Walking off at the end of “Yeah Right,” the large LED screen cut to clips of the late Mac Miller’s NPR Tiny Desk Concert, that in its own way felt like a peace treaty or sorts — closing the curtains on a savage night.