How One Colorado Couple Built Their Careers By Creating Fantastic Worlds

There is no brief way to describe the local duo Handsome Little Devils. They are worldbuilders, experience makers, magicians, buskers, performers, engineers, costume designers, estate sale experts, collectors of odd props, furniture refurbishers and clowns. Using all of their skillsets and more for each event they curate, Handsome Little Devils creates an experience that pivots on the unexpected. Their hard-to-define lifestyle is anything but boring, and they use every ounce of imagination to curate events that are beyond this world.

In the two decades of the Handsome Little Devils lifespan, their events have won awards, they’ve made a full-length feature film called Decay, they’ve collaborated on a nationally touring magic show with Piff the Magic Dragon and they just moved to Denver to transform a 1940s gas station into a mini-hotel, pool and event venue on West Colfax. It’s less a question of what Handsome Little Devils have already accomplished — although that list is vast and impressive — and more a question of how to support their expertly crafted oddball revolution.

“We are an art and entertainment company, with the focus on bringing high art to the entertainment. We’ve done full-scale theatrical productions, we’ve toured for many years with shows in performing arts centers. But we also create art, and we also create immersive experiences. That can range from festivals to backyard parties to giant corporate events,” one of the two members of Handsome Little Devils, Cole Huling, commented.

Although it is accurate to call what they do immersive, it is inaccurate to lump the Handsome Little Devils in with more recently trending immersive art. Since the Devils have been around since 1999 — long before the days of Meow Wolf and Instagram — it could be argued that their efforts throughout the last two decades have helped to catalyze local audiences to crave immersive entertainment. 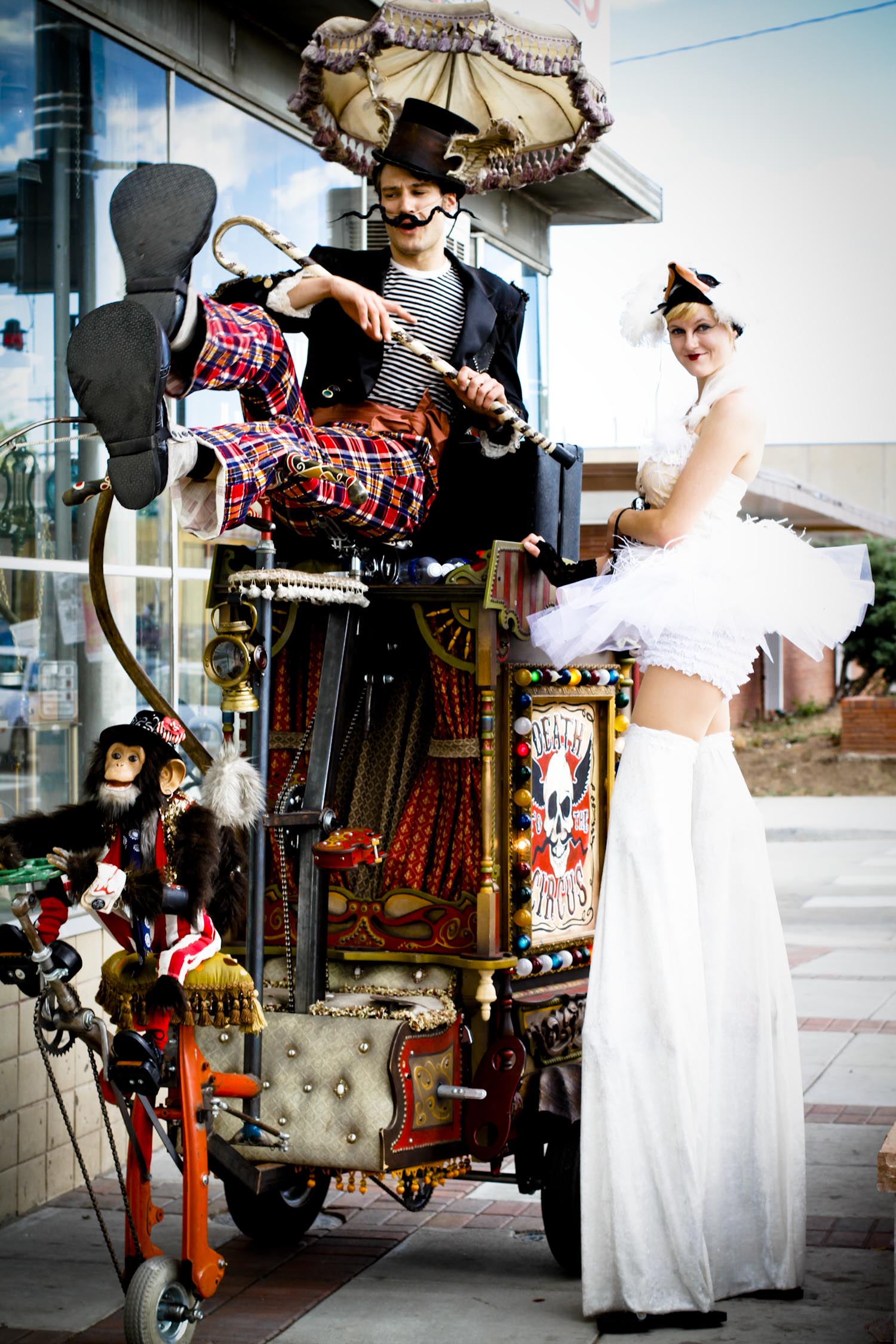 Originally founded by brothers Dan and Mike Huling as a juggling bit, Handsome Little Devils changed ranks 13 years ago when Mike met his now-wife, Cole, during a swing dance night at the Mercury Cafe in Denver. Mike eventually was able to juggle a chainsaw, a bowling ball and an egg. “We don’t perform that [kind of stunt] as much these days, which makes my mom happy,” he admitted. His brother Dan already wanted to pursue other hobbies — he’s still involved in some of the costume design and fabrication for Handsome Little Devils, so this was no Yoko Ono situation — and Cole provided new insight, energy and skills. Since then, Handsome Little Devils has become a full-time career for Cole and Mike. The expanse of their repertoire is best understood in volume — with one warehouse and one large garage filled with tools, props, costumes, mobile stages and so many more bizarre items that contribute to their comedy sets, Vaudeville-esque shows, festival productions and commissioned events.

Some of the shining moments from their past include creating original performances, art and venues for New Belgium’s Tour de Fat for nearly as long as the event has been around, producing a show called Squirm Burpee which performed Off-Broadway and was reviewed by The New York Times, the enormous kinetic wooden puppets of animals at the Denver Zoo and their three years working with the Cherry Creek Arts Fest. Even though they take great care to not replicate their performances — a product of their obsession with invention and innovation — much of their style falls into the realm of nostalgic-futurism. They’ve been mislabeled as steampunk, or as a little brother to Cirque du Soleil, and recently they’ve struggled with the references to Meow Wolf — but ultimately the beauty of Handsome Little Devils is that it’s nearly impossible to pin them down, or put them in a single box (and Cole is “surprisingly good at getting into and out of tiny spaces,” as she mentioned, anyway.)

*All photos in this gallery courtesy of Handsome Little Devils

“We look a lot to Art Deco/Art Nouveau for inspiration. There’s something really beautiful about the Victorian and Edwardian eras as well. We are really hard-working artists, and I think we are drawn to the stories of perseverance during difficult times in our history. Often, the most beautiful artwork (to us) has come out of those times. However, we totally adore the opulence of Versailles, the totally ‘extra’ fashion of the 1960s and ’70s, and the amazing shapes of Bauhaus, as well as any kind of sci-fi from the 1940s and ’50s,” Cole explained.

Every single prop used in the performances is conceptualized by the duo, and almost everything is made or reinvented by them as well. Hunting through estate sales, thrift stores and even plane graveyards, Mike and Cole accumulate relics that sometimes provide the jumping off point for an entire event. Currently, in their garage unit — where the fabrication happens — an old carriage seat stuffed with the original horsehair sits, waiting for Mike’s adept handiwork, while plastic bins line the shelves with labels like “Circus Contraption Parts + Monkey Heads” or “sprockets and chains.”

Every month, Handsome Little Devils performs at Barfly on West Colfax, inside the Alamo Drafthouse with a variety show called “The Devil’s Workshop.” No two shows are ever the same, with differing performers, themes and bits. It’s a playhouse and laboratory for Cole and Mike — as well as the guest performers — in order to attempt new scenarios or characters. “We’ll sometimes come up with a concept the day before we perform it, and it goes off without a hitch,” Cole remarked. “There’s an authenticity to the performance that very much has to do with the energy of the people there, experiencing it.” For their other conceptualizations and projects, the process can take a year or more of brainstorming, framing, building, practicing and making it come to life.

“This job is all-encompassing. It can also be difficult to see the meaning [behind it],” Cole said. She continued, “I mean, we could be spending all this time working ourselves to the bone to feed the homeless, raise money for cancer awareness, build houses in Puerto Rico. Why should we even bother making art and comedy? That being said, we know that what we do affects people. We know that art is one of the most important elements that keep people going when they’re down. It’s the difference between a desolate, dark cavern of uncertainty and a glowing light at the end of the tunnel. We create experiences that allow people to feel something. And that’s not easy to quantify in terms of contemporary American society.” 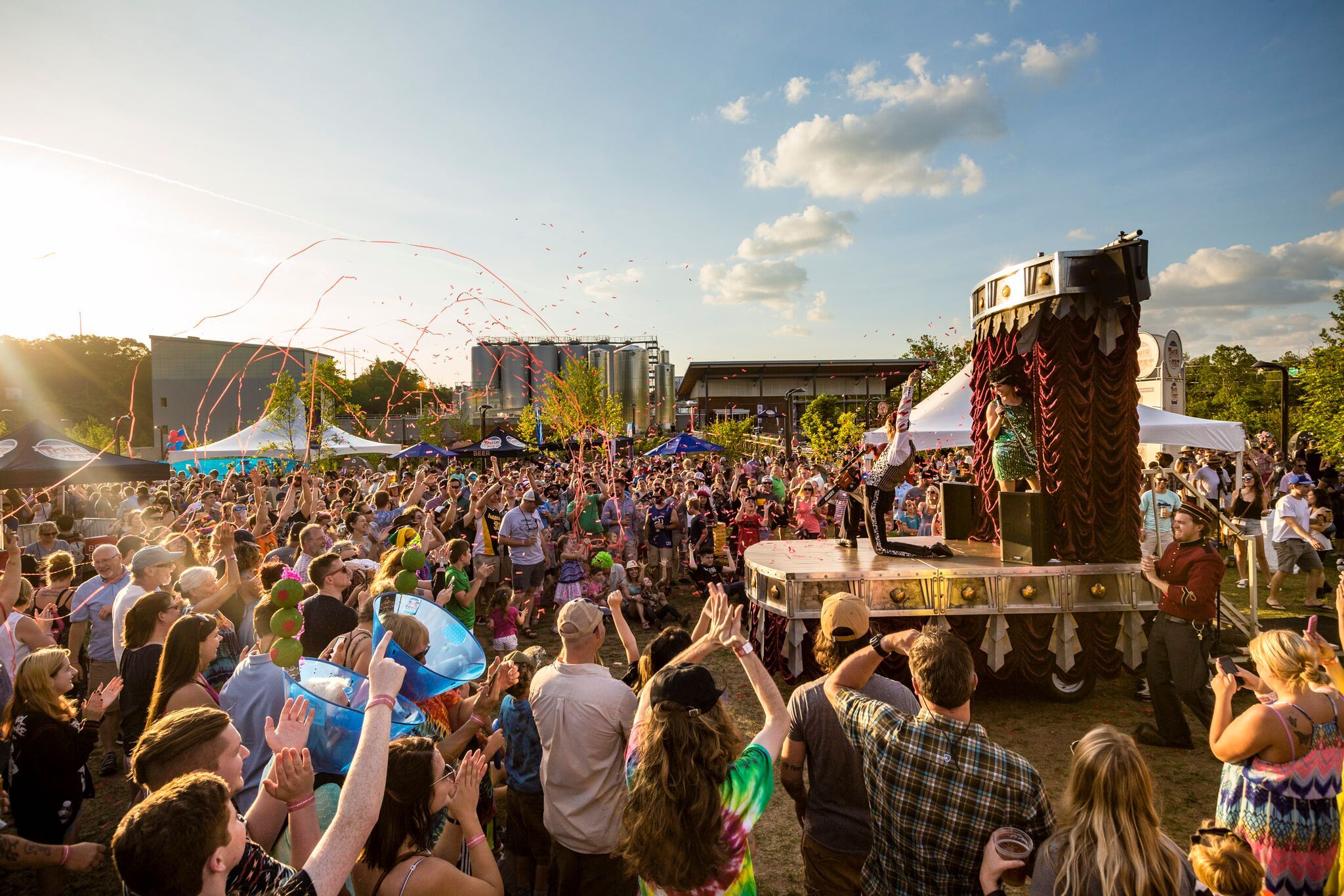 One of the best signs that the Handsome Little Devils’ events are not merely immersive, but rather the foundation of what we accept as immersive, is the lack of proof from their audiences. People who come across a Handsome Little Devil activation are often so entranced by the spectacle that they forget to pull out their phones. Aside from performing at art festivals and corporate events, the Handsome Little Devils also take their shows to firefighters coming back after 12 hours of fighting a fire, military families, soldiers with PTSD, children and medical patients.

“We’ve performed at the lowest point of the Recession, for people who didn’t know if they were going to lose their homes, or where the next paycheck was coming from. We’ve performed for people who didn’t even realize they hadn’t smiled in weeks. And we made them laugh. And we made them look at the world a little differently… We’ve turned random strangers into heroes on our stage. We’ve danced with grandmas suffering from Alzheimer’s. We’ve given families a story to talk about at the dinner table. We create tiny new bonds, memories and communities with every audience,” explained Cole.

In the coming year, the Handsome Little Devils have a packed schedule. One of their biggest projects is transforming the old gas station on West Colfax they just purchased into a hotel, pool and event space — an undertaking that will add to the renovation of that corridor. They’re also working on a festival concept for Denver — something that seems obvious after seeing their repertoire of elaborate float designs, stage setups and moving props — but they could not give too many details about that just yet. “It will incorporate a lot of what we do under one umbrella, with a focus on performance, spectacle and discovery,” the duo remarked. 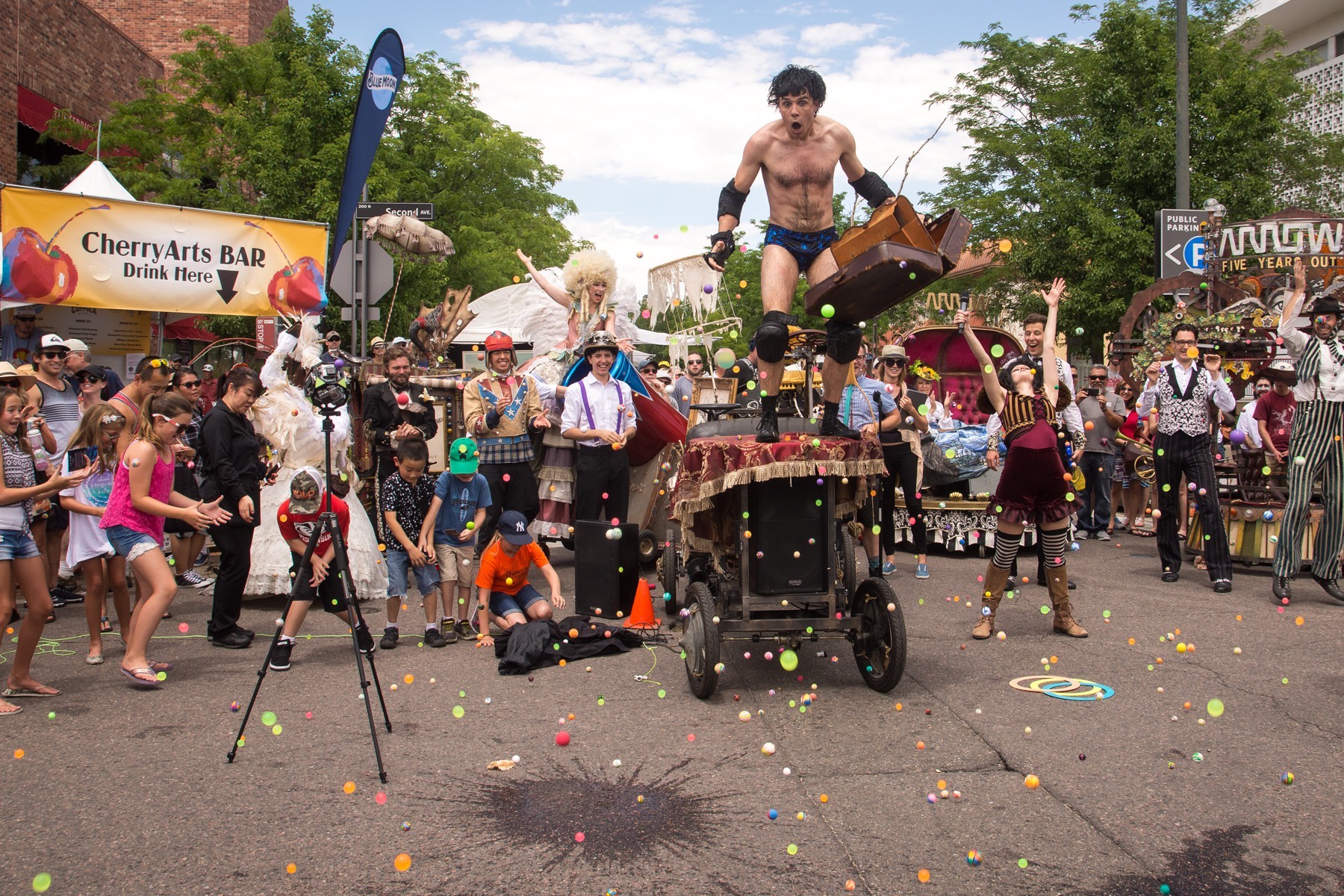 Clearly, what Handsome Little Devils do is not easy to explain. It’s a wonderfully complicated mixture of theater, street performing, high art, fashion and comedy. Their style — and therefore the experience audiences take away — is mercurial, always changing and adapting to the Hulings’ skill and to the world around them. Mike and Cole’s inspiration is as varied as the props and sets they create, and with their already vast array of worlds built, there’s no sign they will run out of ideas any time soon. Plus, with the increasing need to find a diversion from reality, from the events we see across the world, the possibility of getting lost in an unexpected outburst of the extraordinary is just what we all are looking for.

“We give people a short respite from everything that’s so unbearably difficult in the world. We help them escape, we help them laugh, we help them feel surprised, shocked, amazed, incredulous and often, maybe confused. They feel something. They laugh,” the couple explained. “And in that moment, their brains change. They get flooded with serotonin. They actually experience safety — it’s built into our wiring. If they’re laughing, we’re laughing, we’re all in it together. And we’re safe.”

The next “Devil’s Workshop” at Barfly will occur March 13, and those are always free to watch and enjoy.

All photography by Heather Fairchild, unless otherwise noted.