Sabroso — the craft beer, taco and punk rock music festival — will return for another go on April 28 for what may, in fact, be the greatest combination event of the season. The music portion of the festival will once again be headlined by The Offspring and will bring about the likes of Bad Religion, The Vandals, Black Flag and more. Attendees can indulge in tasting over 100 craft beers from breweries like Ska Brewing and Odell Brewing Co., catch Lucha Libre style wrestling all the while chomping down on tacos from some of Denver’s top chefs and restaurants. Not to mention, lawn games, contests and much more.

Lucha Libre style wrestling stars will descend upon Denver for Sabroso, and battle for the title of Sabroso Champion. There will be multiple qualifying wrestling matches that’ll eventually conclude with one final championship match. In fact, Ramses (aka Cesar Gonzalez (Silver King)), the villain from Nacho Libre will return to Sabroso  to defend his 2018 title of “King Of The Ring.” So, if there was ever a time to delay taco Tuesday to the weekend, this would be it. 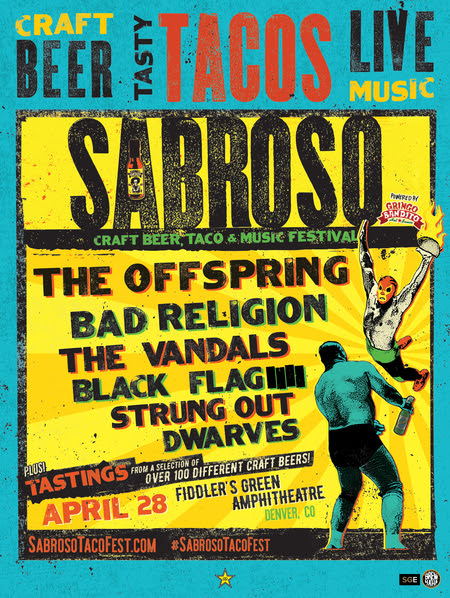