For EDM fans, this lineup is on a whole other level. Today, AEG announced that the Pardon My French crew, comprised of DJ Snake, Tchami, MALAA and Mercer, will all be descending on Red Rocks Amphitheatre on April 26, 2019, for a one-night takeover. The ‘Taki Taki” producer is no stranger to Red Rocks, having played the venue last year as part of Denver’s edition of Hard Summer and previously Global Dance Festival in 2016, when it was still hosted at Red Rocks. However, this will be the first time the mega-producer/DJ has made it a family affair — inviting his French contemporaries to the blowout. The four DJs specialize in future bass, a rapturous and insanely danceable style of electronic dance music that has swept the dance floor in recent years. The crew comes together as Pardon my French, as a means to push the French house sound and immersive attendees in a full-throttle electronic music experience. In a year that so far hasn’t seen many electronic concerts pop up on the radar, especially at Red Rocks, this one will not be one to miss.

Tickets for the show go on sale Friday, February 1 at 10 a.m via AXS. 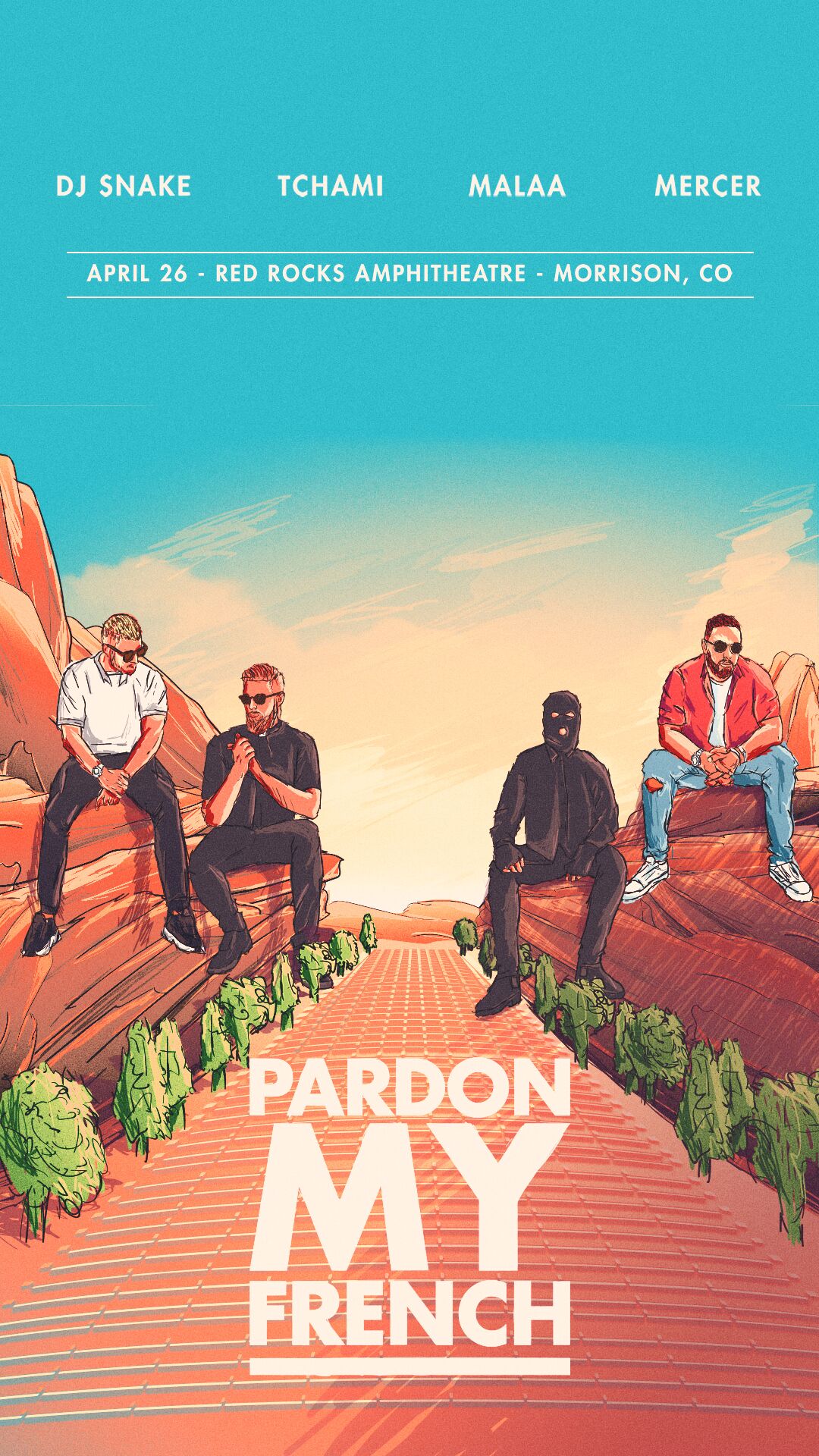