Today’s not #throwbackthursday, but Fiddler’s Green just announced one hell of a flashback. MC Hammer, Sir Mix-A-Lot, Biz Markie, Sisqo’, 2 Live Crew and The Funky Bunch will all descend on Fiddler’s Green Amphitheater for “Hammer’s House Party” on July 19. Besides Halloween, there may be no better time to bust out those oversized gold chains, parachute pants and to get that hi-top fade you’ve always wanted, even if it’s for one night only. These acts represent peak ’90s fanfare, with mega-hits of yesteryear like “U Can’t Touch This,” “Baby Got Back” and “Just A Friend” and others shared between them. Denver is a part of a series of cities set to be hit with a dose of nostalgia from  “Hammer’s House Party Tour,” which has also brought out the likes of En Vogue, Kid n Play and many more.

It’s been about seven years since MC Hammer stepped foot onstage in Denver, and nearly as long for Sir Mix-A-Lot who hasn’t played since 2014 at Cervantes Masterpiece Ballroom, so for those who have a penchant for reminiscing, this is a show not to be missed.

Tickets for Hammer’s House Party go on sale this Friday, January 24, at 10 a.m. via AXS 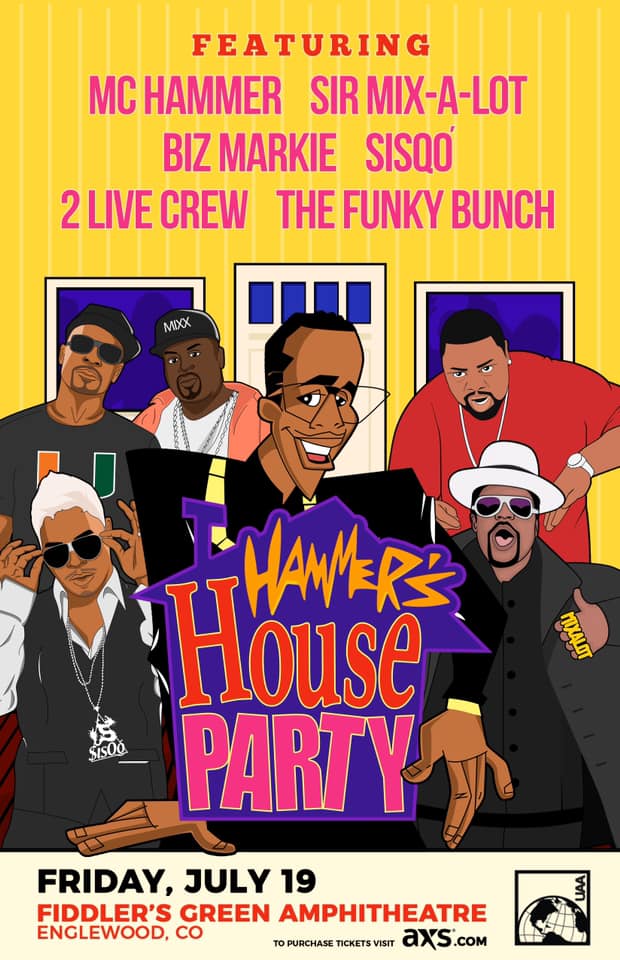