This year hasn’t been a lucky one for the local restaurant The Hornet, situated at the corner of Broadway and 1st Avenue in Denver. At the beginning of December, a driver lost control of their car, crashing it into the corner of the dining room, causing nearly $60,000 worth of damage, after two other cars had already made their mark on the same corner earlier this year. The second and third impacts were only two weeks apart from each other. The Hornet tried to make the most of the accident, rigging signs that said “NOT a drive-thru” and then another saying “I assure you, we are open!” But despite the humor and quick reconstruction, the restaurant has been feeling the brunt of it.

This week, local artist Markus Puskar visited The Hornet to grab some food and saw the damage from the third car. Puskar received some recognition at the beginning of 2018 when he painted the inside of a house on West Colfax that was slated for demolition. When we say he painted the inside of the house, we mean every single inch of it — from the ceiling to the window panes to the floor. When he saw the new wounds from the recent crash, he was intrigued at the possibility of it as a canvas. And he offered to paint over it. 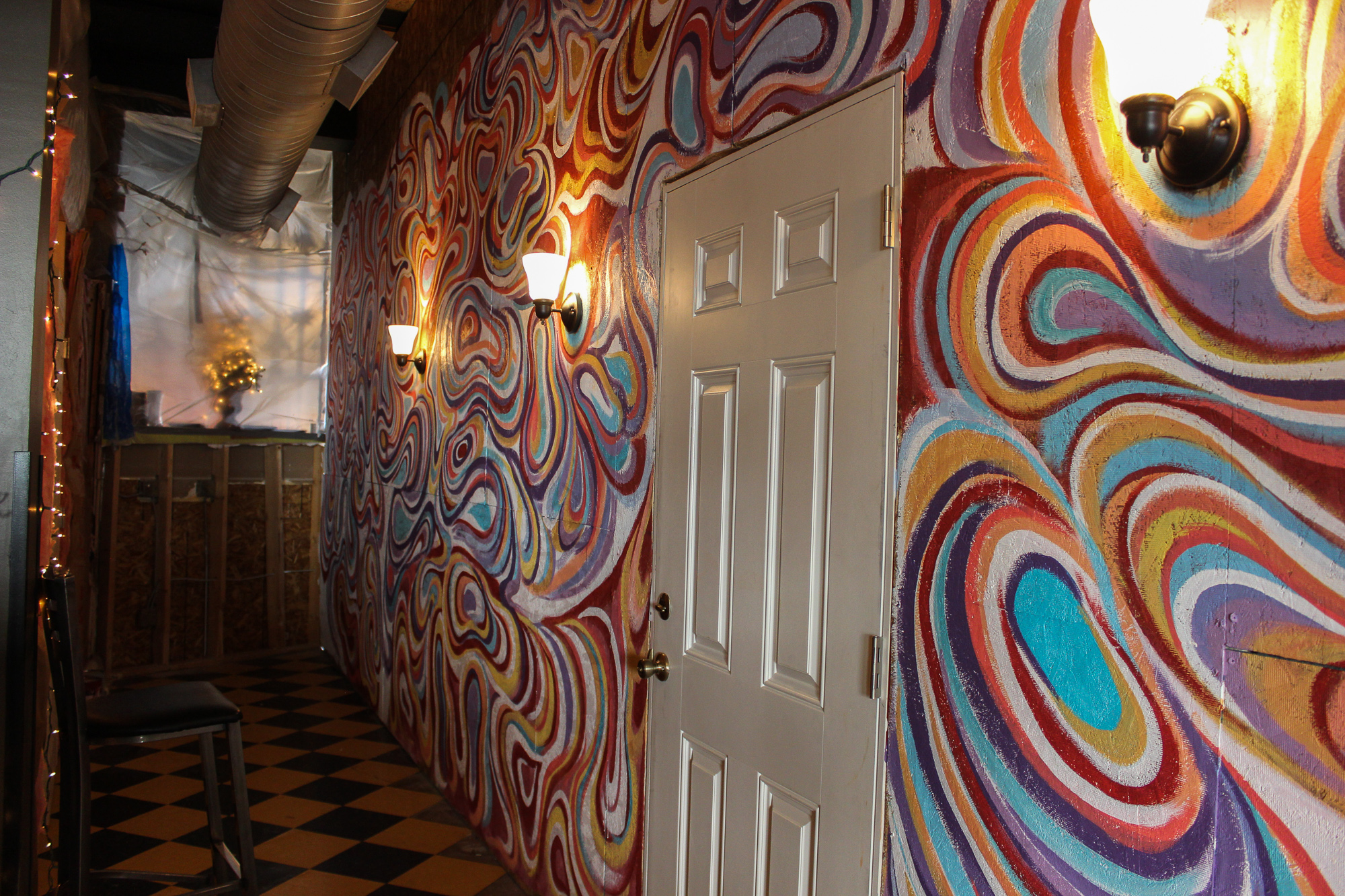 “I go to the Hornet semi-regularly. It is a great place and I have really enjoyed the people that work there,” Puskar explained. “I [went] in a couple weeks ago, and I was chatting with Carli, one of the managers, about how a car had recently crashed into the Hornet. It’s a pretty absurd thing to happen, so I jokingly said something along the lines of, ‘oh well, it was just a bumper coming through the building, that’s whatever. We need a full car in here.’ Fast forward a week or so, and I [went] in and was greeted by Carli who told me in disbelief that later that night, [another] car was fully inside the hornet. It took me a couple seconds to register how absurd it was. I was just kind of dumbfounded and said ‘well you could probably use a mural over there now.’ Carli said that they wanted just that, and I got to work just a couple days later. It is probably the most bizarrely serendipitous thing that has happened to me.”

Although the area where the car crashed only has limited seating, the entire mood of the corner has changed from disastrous to whimsical. Puskar covered most of the plywood that covers the main construction of the facade, and then continued some of his painting onto a wall that is undamaged. “The mural wraps around through the construction area and into the restaurant. You’re fully enclosed in the work which is how I like it,” he remarked. 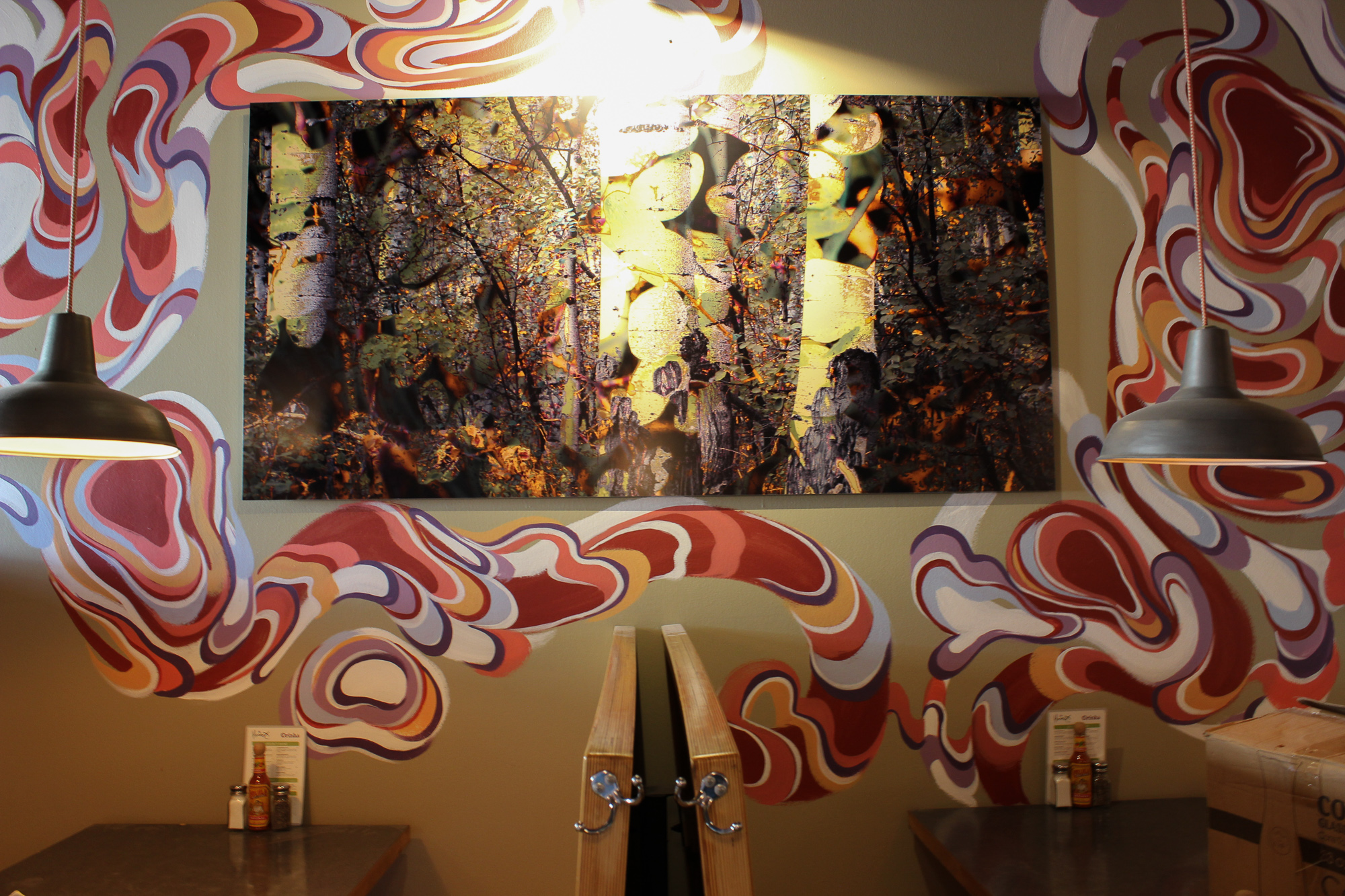 Although reconstruction is an obstacle for the bustling restaurant and bar, the staff at The Hornet continues to hustle, even if some of them are astounded at the sheer bad luck of the crashes. And it seems as if the mural has uplifted some of their moods, which is exactly what Puskar wants out of his art.