Burning Man concluded in September, and with it came the release of Tycho’s DJ set for fans to stream online once again. The two-hour set — now titled Waypoint — incorporated samples from Chrome Sparks, Com Truise, Jon Hopkins, Aphex Twin and Tycho (Scott Hansen) himself. Hansen is a Burning Man regular, playing an actual sunrise set every year for the past five years. This time around, the Grammy-nominated musician and graphic artist brought a take on the sunrise and sunset mix to Denver’s Summit, inadvertently symbolizing the rebirth of the new venue under its recent Live Nation acquisition, renovations and reopening. 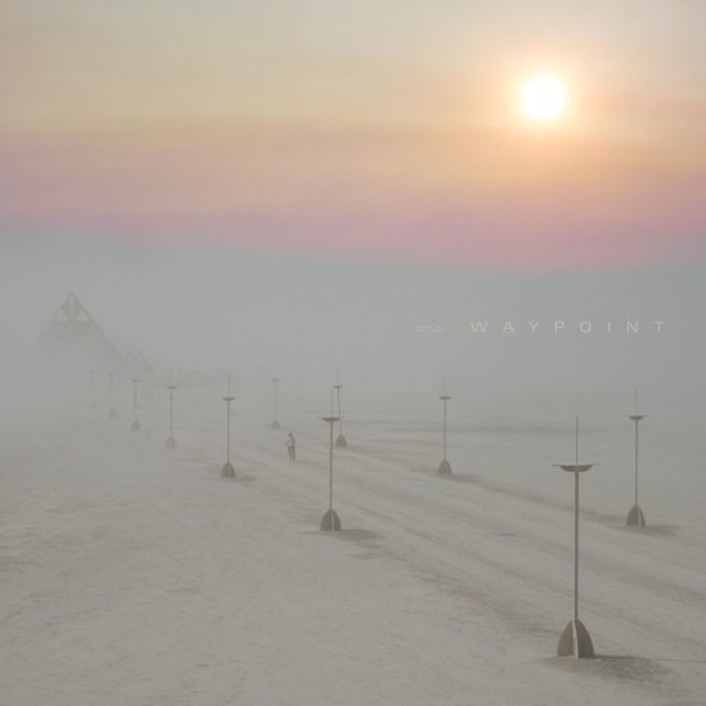 Tycho’s two-night run this past Friday and Saturday featured strictly Denver musicians as openers. Fans who arrived early had the opportunity to catch a hometown show and grab a drink before the headliner they anticipated. Friday night was kicked off by Ishe/Tnure who provided the deep-house and bass music. Seasoned with subtle worldly influence, the set brought trance-like desert vibes to Summit. Mr. Frick came next, kicking things up a notch with more moveable music. Pop-funk merged with electro-house in a set that only excited the crowd even more for what was to come.

Friday night was Tycho’s “sunset” night, not chronologically as some may think (sunrise first, then sunset). Taking the stage to a wave of applause, Hansen immediately lit up the projection screen behind him and dived in. The night was chillwave from the get-go — immersive and laidback, but still something one could dance to. The musician mixed in Tycho elements like the recognizable ambient sounds and percussions he’s become known for. Psychedelic visuals like moth wings and pixelated arrangements — backed with Tycho’s atmospheric sound — were hard to look away from.

Local crew Black/Tuesday — a duo of Joe Bruchard and Matthew Reyer — opened Saturday night with a well-curated set of house tracks that were both exciting enough to get the dance floor moving while still pretty enough to neatly fit in with the general mood of the evening. The group has been making waves in the local scene, so to see them sharing the stage with an artist as well established as Tycho seemed not only appropriate but compelling and well-deserved.

Tycho’s second performance blended many genres into a surprisingly cohesive set. He tactfully merged tracks with a wide range of tempos and styles. Some of what he played was slightly more dance-friendly updates of his more mellow album cuts but a lot of the set was occupied by funk and disco tracks that were surprising for a man generally known for his relaxed, ambient pop. The “sunrise” designation was a bit hard to decipher, but the tone of the set definitely veered towards more festive than the first night. While the DJ definitely incorporated his prettier productions the music favored retro synths and driving beats.

While Tycho played some original music on Saturday night, there was a decent amount of quality selections from other artists. One of the best-appreciated tracks was from criminally underrated Los Angeles-based synth mastermind Com Truise. Truise’s retro synths fit nicely with much of the set which was as much Stranger Things as it was downtempo. His visual aesthetic was impressively original, stemming from design and photography work as ISO50. Pixelated cityscapes swirled into more abstract, colorful arrangements. The artist’s keen ability to project visuals that matched the music may have been the performance’s greatest asset.

Friday and Saturday night shared some similarities, like how the dance floor was surprisingly tame despite the consistent groove. A lot of the audience seemed more focused on ogling the sophisticated psychedelic visuals than letting loose. Tycho took solid advantage of Summit’s new sound system but went surprisingly light on the low end, failing to take full advantage of the venue’s many subs. While the diversity of his set proved his sonic dexterity, some of the transitions were confusingly abrupt. The frequent tempo shifts made it difficult to get into a consistent groove, but the crowd seemed more interested in soaking in the sound than lighting up the dance floor anyways.

Despite Tycho’s selections veering towards the inconsistent, he never went so far out that it seemed botched — the low energy of the crowd seemed to have to do more with personal style than anything the DJ was facilitating. The crowd seemed satisfied with the listening-party atmosphere — the fact that a real dance party never erupted did not appear to be any failing on Tycho’s part, and that’s okay.