Halloween, otherwise known as The Witches’ New Year, is upon us and the season of the witch is in full force. It is also the third anniversary of Ritualcravt, Denver’s premier source for provisions such as jewelry, candles, crystals, art, antiques and other curiosities to aid in the spiritual process. Owner Missy Rhysing opened Ritualcravt in 2015 as a haven for those wishing to find ethically sourced and sustainably made spiritual goods.

“I can’t make everything that I use in my spiritual practice. We’re working with energy and vibration and source. You can feel it when you hold something that’s been sourced either ethically or sustainably or made by somebody who made it with a very specific intention. For more earth-centered spiritual practices, why not get things that are ethically beneficial to the planet and support small makers? That’s really important to me. Probably 90 percent of what is in here is made by hand in ceremony,” explained Rhysing.

Ritualcravt has elevated the niche retail experience in a way we had to know more about so we sat down with Rhysing to hear more about her process, spiritual services and magical touch.

303 Magazine: What was your vision when starting Ritualcravt in 2015?

Missy Rhysing: There were things that I found were missing locally in Denver. It technically started when I owned Ritual Tattoo & Gallery. I started bringing in small batch makers into that space and it just did really well locally. I was running the online store out of a metal working studio that I had on Tejon Street. The mission was to bring more ethically sourced, handcrafted spiritual goods. I was finding a lot of things made in third world countries, mass produced or not so ethically sourced animal products. I wanted to do something more integral. Crystals are a big one because a majority of stones are mined, so you have to be sure they are being mined in a sustainable way.

303: What are the duties of House Witches and Readers? What does an average reading entail?

MR: Our House Witches are the people who work behind the counter here doing certain things like dressing candles for a specific intention or blending potions, medicinal or magical teas and flower essences for you. We have readers here every Friday, Saturday and Sunday and that varies with tarot, astrology, rune casting — all different kinds of mediums. The length can vary depending on the reader — 15 minutes to 60 minutes depending on what they are using to do the divination. It can be guidance on a specific question or a look at what is to come in the next year by looking at natal and birth charts.

303: You currently hold various classes including Herbs for Samhain and Memento Mori: The Dark Magic of Victorian Divination. Can you provide some detail about the classes? Who is a great candidate for these courses?

MR: We will announce the online class launch around our anniversary, which is Halloween. We have two school coordinators here, Loretta and Brittany. They are curating and facilitating the entire school in-house and online, so they have made some really special changes and upgrades to the school. We have teachers ranging from all spiritual traditions and paths ranging from a young, modern approach to teaching all the way up to some really notable elder witches. They’re doing core classes like Astrology 101 and Tarot 101 and then from there building on it with more specific classes. It is for anybody who is interested in just starting to move into their own spiritual path. We’re all working in different paths so I think it is really approachable for everyone.

303: Do you see more new customers during the Halloween season since the theme of your store pairs perfectly with the holiday?

MR: Yes, of course. I think it’s not so much Halloween, it’s more Samhain. October 31 is basically the Witches’ New Year. We’re obviously not a Halloween supply store in any way but it ties in with the veil and ancestor worship, so we definitely see a huge spike.

303: What advice do you have for anyone looking to get in touch with their spirituality through the products you carry?

MR: Start with the basics. Pick up a few stones and a good book we can always recommend. Pick up a basic tarot deck and just start playing with it. Take a class here and there if you learn better that way. The thing with these kinds of spiritual traditions is you open one door and a million open after it, so it is really a matter of getting in, dabbling around and seeing what fits for you. It’s really not anyone’s place to tell you what is going to work for you. Get your hands dirty and try things.

303: Do you have any special events coming up?

MR: We have our big 3-year anniversary sale and reader fare on November 3. The entire store will be 15 percent off and crystals and stones will be 20 percent off. We will have one dollar per minute readings all day, which is a great way to get in and experience our different readers to see who resonates with you. We have a holiday craft market coming up December 1. I like to bring in independent small-batch makers and they set up in here in our classroom — it’s really fun. 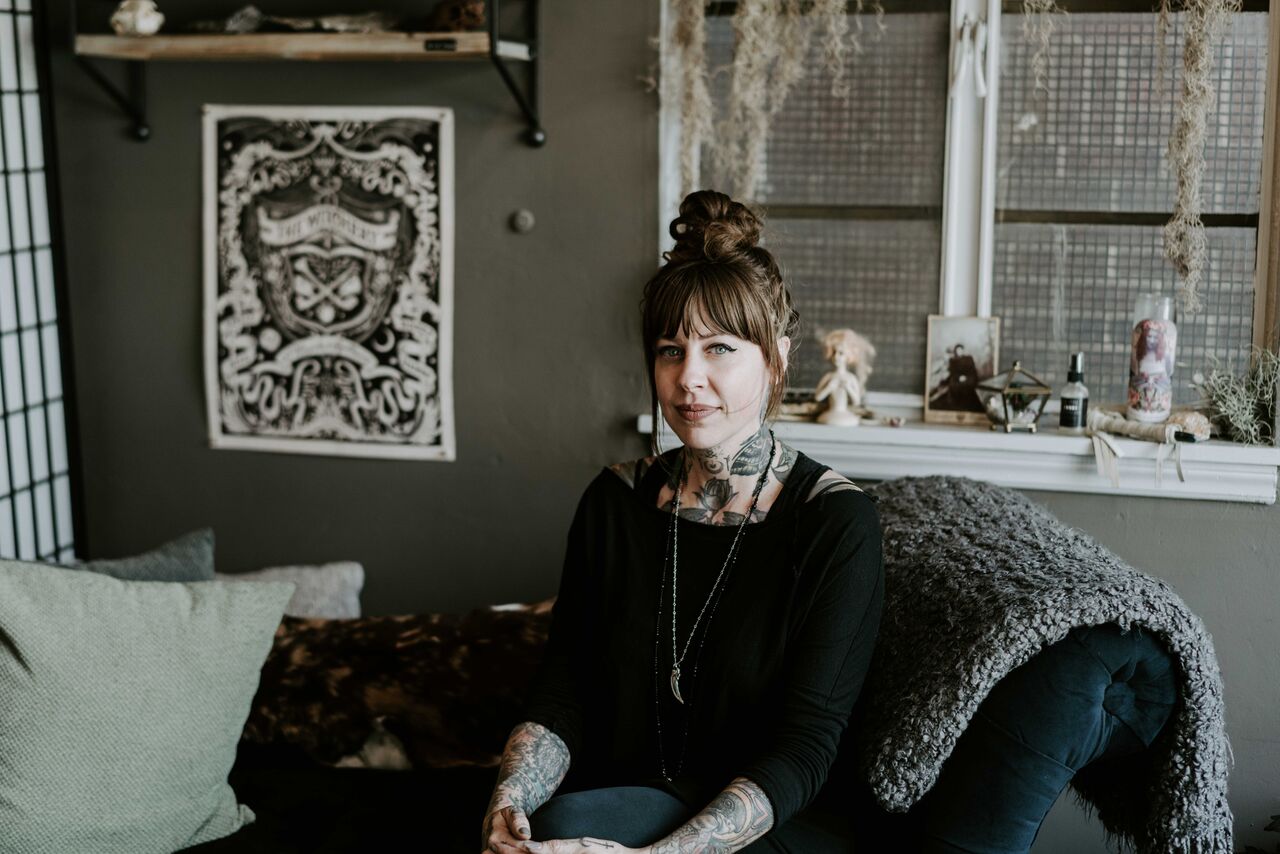