Ariana Grande is Coming to Denver

Grande is embarking on her world tour after her latest drop, Sweetener, which earned the singer her third number one album on the Billboard 200 Chart. Sweetener’s songs racked up 126.7 million audio streams in its debut frame (the largest streaming week for a pop album by a woman ever). And this isn’t the first win for Grande. In 2016, she released her third studio album Dangerous Woman, which charted at number two on the Billboard 200. “Dangerous Woman,” it’s title track, hit number 10 on the Billboard Hot 100, rendering Grande the first person in US history to have every lead single from their first three albums on the list. In addition to that victory she’s received two MTV Music Awards, three American Music Awards, has been nominated for four Grammy’s and Time named her one of the 100 most influential people in the world on their 2016 annual list. Now, she’s bringing all of that talent to The Pepsi Center on April 20, 2019.

The concert is scheduled for April 20, 2019, at 7 p.m. at the Pepsi Center. Tickets are not on sale yet, but you can get updates for their release here. For a complete list of Sweetener tour stops go here. 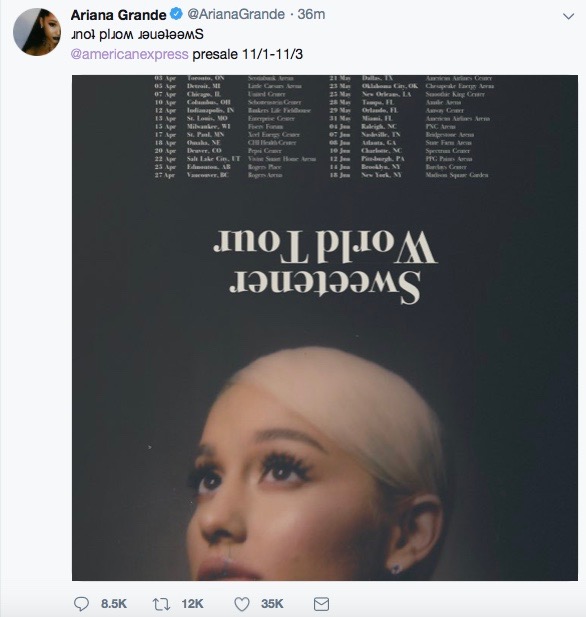