Shish Kabob Grill is hidden in plain sight. The place has been situated on the corner of Grant and Colfax for the past 14 years and beneath its understated signage and casual interior is some of the city’s finest Middle Eastern food. While most of the menu is quite excellent, it’s the highly addictive hummus that provides the sturdy backbone for the rest of the fairly traditional offerings. The restaurant is owned and operated by the family from Aleppo, Syria, giving the cuisine distinction from its regional peers. The menu consists of all the usual suspects — staples like gyros, kabob, falafel are all produced with family recipes under scrupulous care. 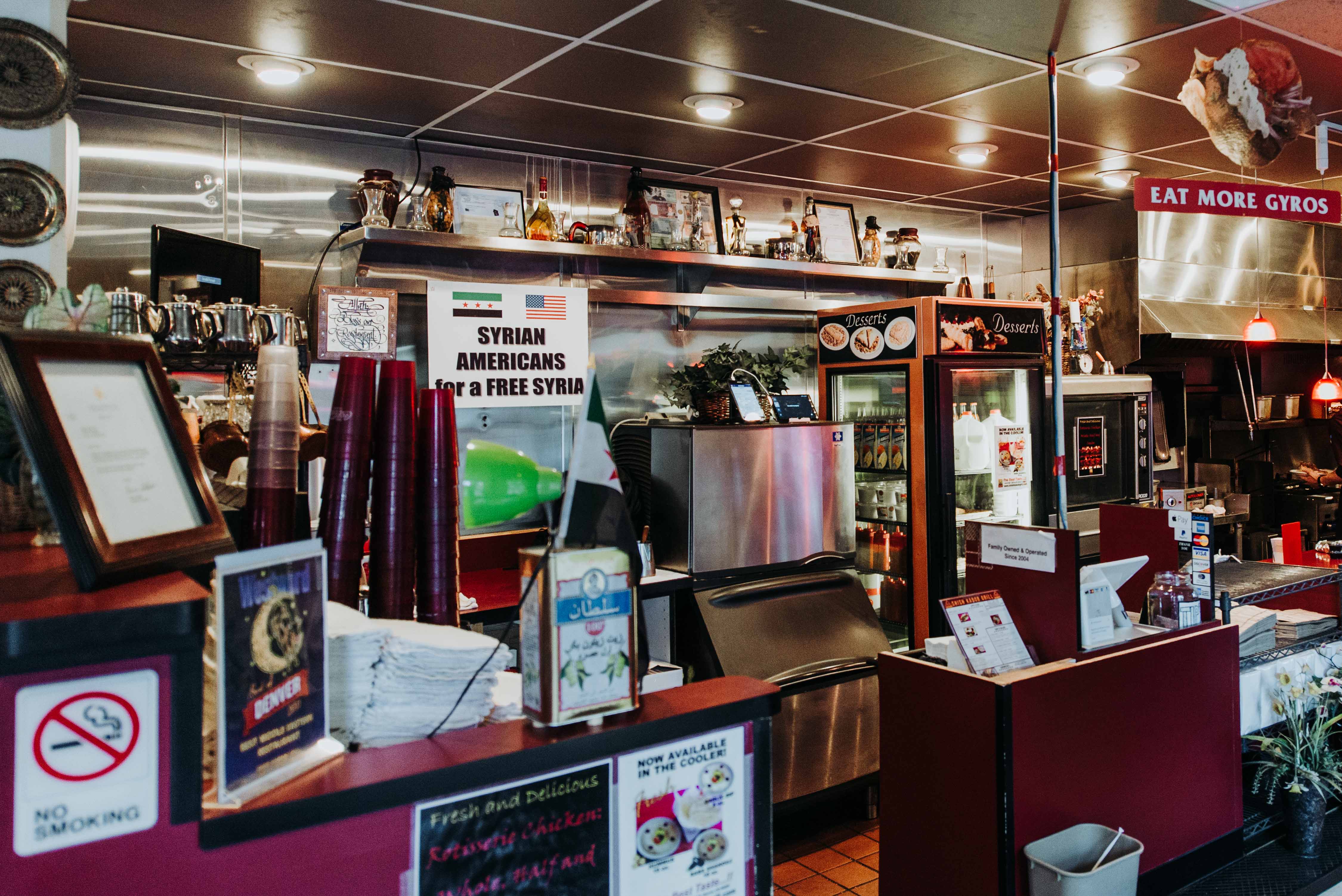 Hummus is a very popular dish in Colorado. With many health enthusiasts making up a large swathe of the Denver dining population a segment of local companies have been able to build a small empire off of the garbanzo-based snack. Boulder-based Hope Foods and Blue Moose both have large distribution, and front range staple Falafel King went from selling their product only in the restaurant to enjoying widespread dispersal at grocery stores across the state. Needless to say, Coloradans have had a known hankering for the stuff for some time.

Shish Kabob Grill’s variation is quite different from the ones listed above. The appetizer plate ($5.49) is chickpea puree, tahini, citric acid, fresh garlic, salt and olive oil, served with slices of warm pita bread. The whole affair is topped with parsley, tomato and sumac — a reddish-purple powder with a tart, almost citrus-like flavor. The hummus is blended into a silky-smooth texture that can be missing in some of the thicker, more robust American counterparts.

The hummus and meat plate ($14.99) comes with a choice of gyros or chicken shawarma over a bed of hummus topped with all the same accouterments as the appetizer, with garden salad and fresh pita bread. While the concoction is good enough that it should be enjoyed alone, both the gyros and chicken are brilliantly accented by the rich dip. The hummus is also excellent poured atop any of the pita sandwiches.

While the stuff has been generating some buzz, the restaurant has remained something of an underdog, quietly peddling the excellent product from the unassuming storefront across from the capital. Many have made the audacious claim that it’s the best in the city. This is hard to substantiate, as tastes differ, but it certainly is some of the most original. The flavor might be a bit robust for diners who are used to the more salt and lemon forward American versions, but for those who enjoy the more tahini-rich style the Grill’s variety is a sure winner.

Keeping a restaurant open for 14 years is difficult, but the Grill’s dedication to quality and originality have allowed the place to stay afloat in a scene that is both fickle and constantly evolving. The hummus is available both in-store and now packaged in to-go form from for those who need to keep a stockpile.