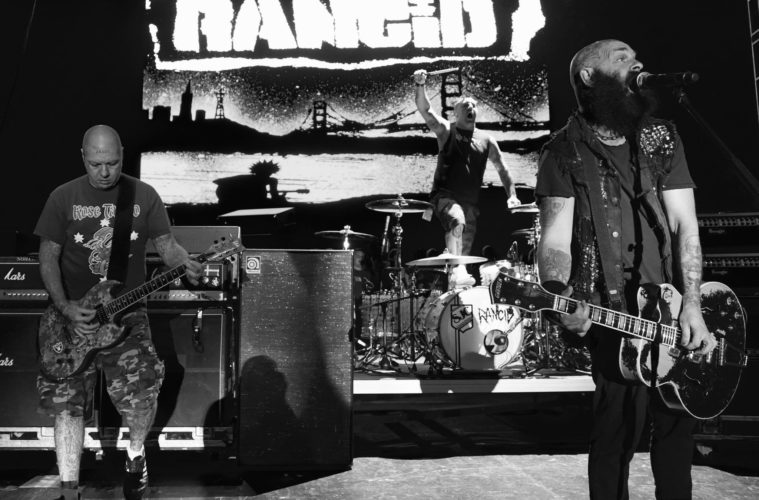 Photo courtesy of Rancid on Facebook. Photo by Chuck Saftler.

In the mid-’70s, a new genre of rock arose in New York and London — a genre that rebelled against the norms of society. We are talking about none other than punk rock — Ramones, The Clash and New York Dolls all had their own style but with similar fast and catchy messages of flipping the bird to what the mainstream considered cool and appropriate. It provided a sanctuary for misfits and those with a little pent-up rage to let it all out.

With the current political climate, many of us may be feeling a bit more angsty than normal — so what better way to release your anger than go to a punk festival? Well, we know of one you might enjoy — not to mention, with lots of beer. 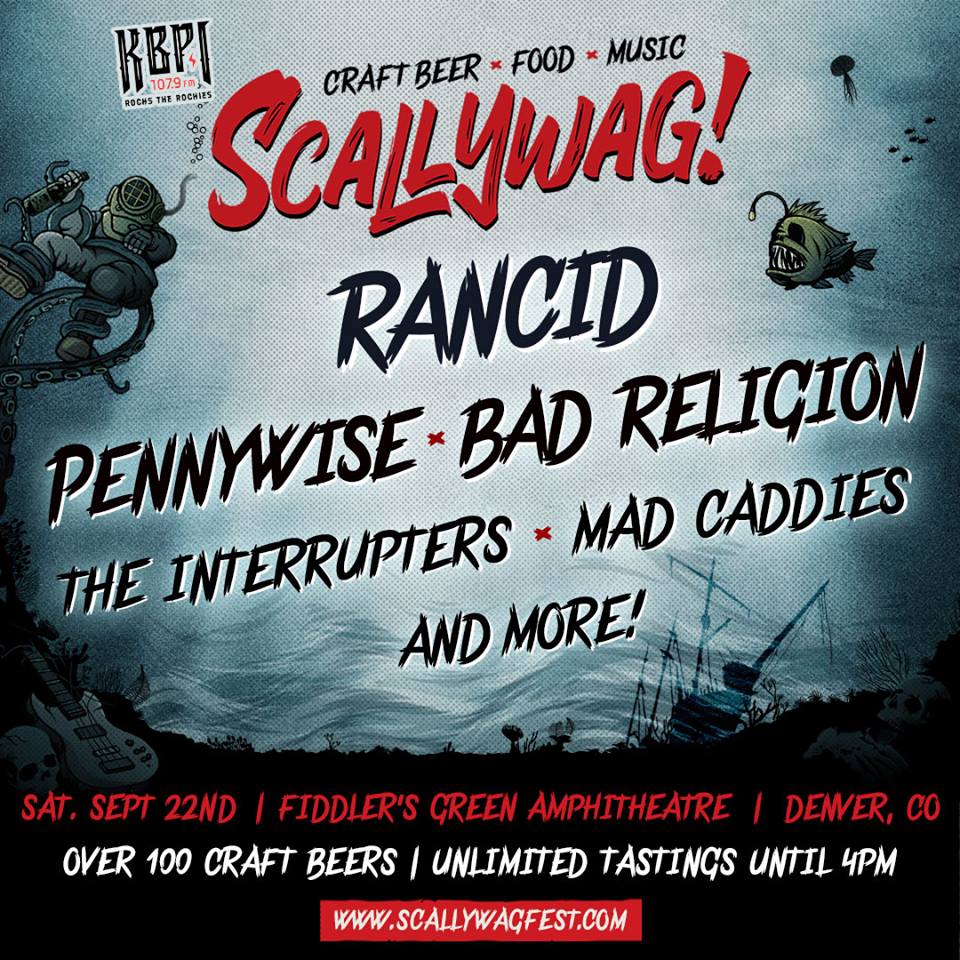 On Saturday, September 22, Scallywag! Craft beer, music and food festival comes to Fiddler’s Green and its headliners are Bad Religion, Rancid and Pennywise. The rest of the lineup includes The Interrupters who are signed to Tim Armstrong’s label Hellcat Records. They sound very much like the Distillers, an early 2000s band that was also on Hellcat and later Epitaph which was started by Bad Religion’s guitarist Brett Gurewitz. The Mad Caddies are a ska-punk band from the mid-’90s and the Potato Pirates are a Colorado band that’s a bit more hardcore punk.

The festival is in its third year — the past two years it was just in San Diego. Having started in California, it doesn’t seem like a coincidence that all of the bands are from California, except for the Potato Pirates. This year, Scallywag will tour through five different cities — the first stop will be Denver.

Gates will open at 1 p.m. and from then until 4 p.m. attendees can enjoy free unlimited craft beer tastings from over 100+ breweries. Arrive early for a complimentary festival tasting glass. And to keep with the California theme, most of the breweries announced so far are Californian: Stone Brewing, Wild Barrel, Burgeon Beer Co., Thr3e Punk Ales, Artifex Brewing and Pure Project. The other two announced are Funkwerks from Fort Collins and Avery Brewing in Boulder.

In addition, to all the beer you could ever want — tons of local food trucks will be present. Wine, cocktails and non-alcoholic drinks will be available as well. Most importantly, live music will be going on the whole day until the festival ends at 9 p.m.

General admission tickets start at $39 plus fees and can be bought online, over the phone or at the box office. VIP packages are available too, which includes early entry, VIP lounge access and more.

Bring your most inner rebel, put on your favorite band shirt — and prepare to rock out like it’s 1994. For more updates, check out the event’s Facebook page.