Review – Temple Tantrum Was All Fun With Plenty Of Filler

Labor Day weekend in Denver is filled to the brim with events reigning in the last days of summer. One such event, Temple Tantrum, launched this past weekend bringing a weirdo block party to the streets of RiNo. From professional wrestling and taxidermy to a Meow Wolf-backed funhouse, Temple Tantrum was the result of an imagination run wild. The sheer amount of ideas the organizers attempted to execute over the course of two days was overwhelming, but, the beauty of the inaugural Temple Tantrum is the fact that they went for it anyway.

Located on the corner of 24th and Curtis Street, a smattering of DIY projects dotted the entrance to Temple Tantrum. Inside, a wrestling ring, a tent of “oddities and curiosities,” two stages, a jerry-rigged swing and a couple food trucks marked the block party grounds. If you were to have passed by, you wouldn’t have known what was going on or quite what to make of it.

The rather sparse attendees — encouraged to wear costumes to the shindig — attempted to decipher the scene as well, exploring the many installations created for the event. The most impressive installation, however, wasn’t outside, rather, it was the immersive DIY funhouse taking place inside the Temple Arts Building (for which the block party was named after). The 15,000-square foot space was completely transformed for the event from top to bottom by national and local artists. Winding through the space, there were plaster snails leaving paint trails, a doorway through a cardboard porta-potty, and Santa Claus chained up as if awaiting Jigsaw, amongst other bizarre scenes. Downstairs, there were vendors selling everything from taxidermy ducklings and still-born puppy fetuses to individual doll hands and heads. 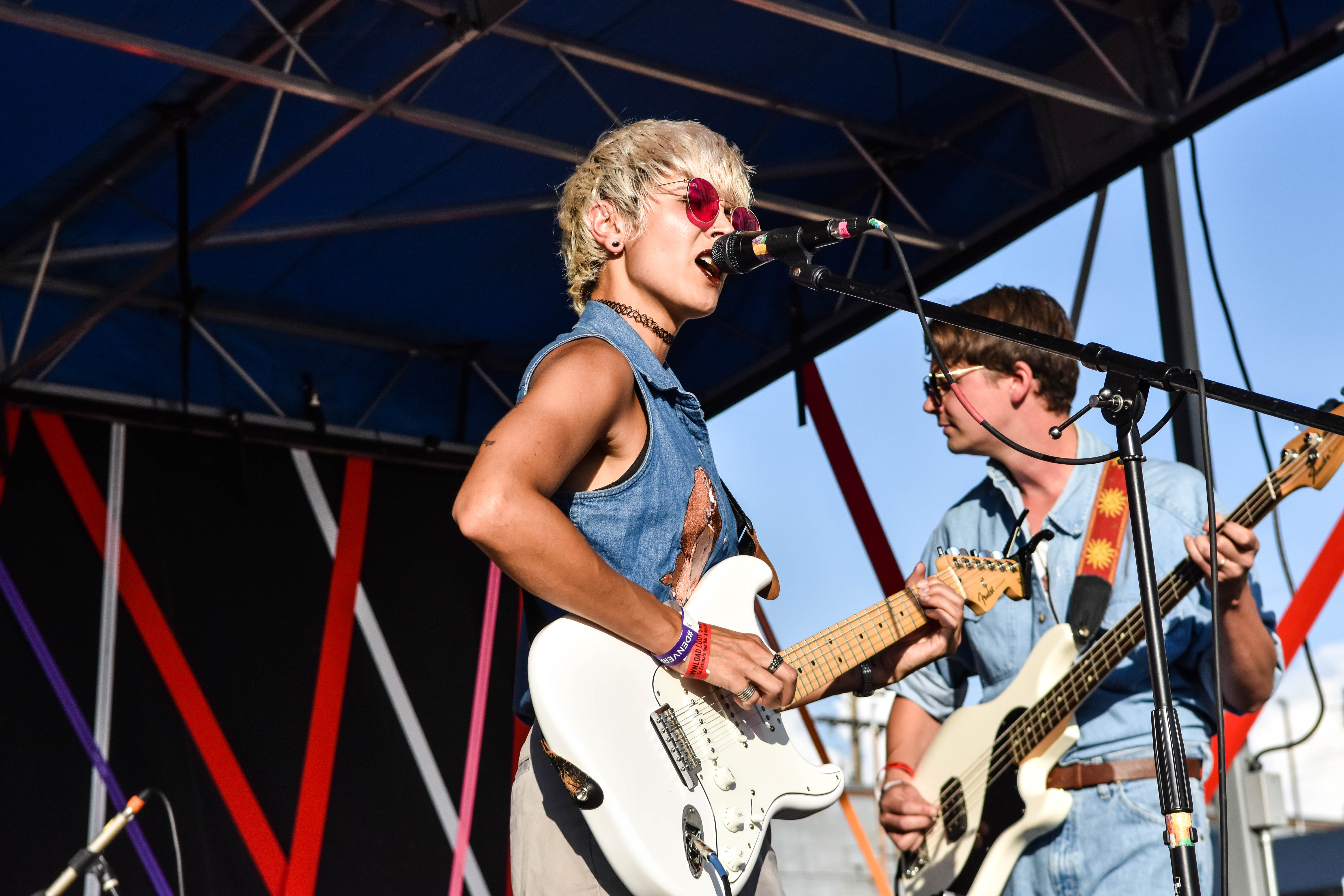 If you came for the funhouse, you surely stayed for the entertainment. Marketed as a music festival first and foremost, Temple Tantrum booked a heavy-hitting lineup of 18 local Denver musicians alongside national headliners Pictureplane and Plantrae. While the musicians yielded some breakout performances (Ginger Perry and Oxeye Daisy specifically), more often than not, the music felt like an afterthought amidst the commotion of the other programming. Along with musicians, Temple Tantrum also boasted comedians, Gallagher Fest (which certainly involved fruit smashing), professional wrestling and punketry — poetry set to punk music (p). Surprisingly, wrestling was the biggest hit — managing to grip the fickle attention of the audience for each rousing bout. 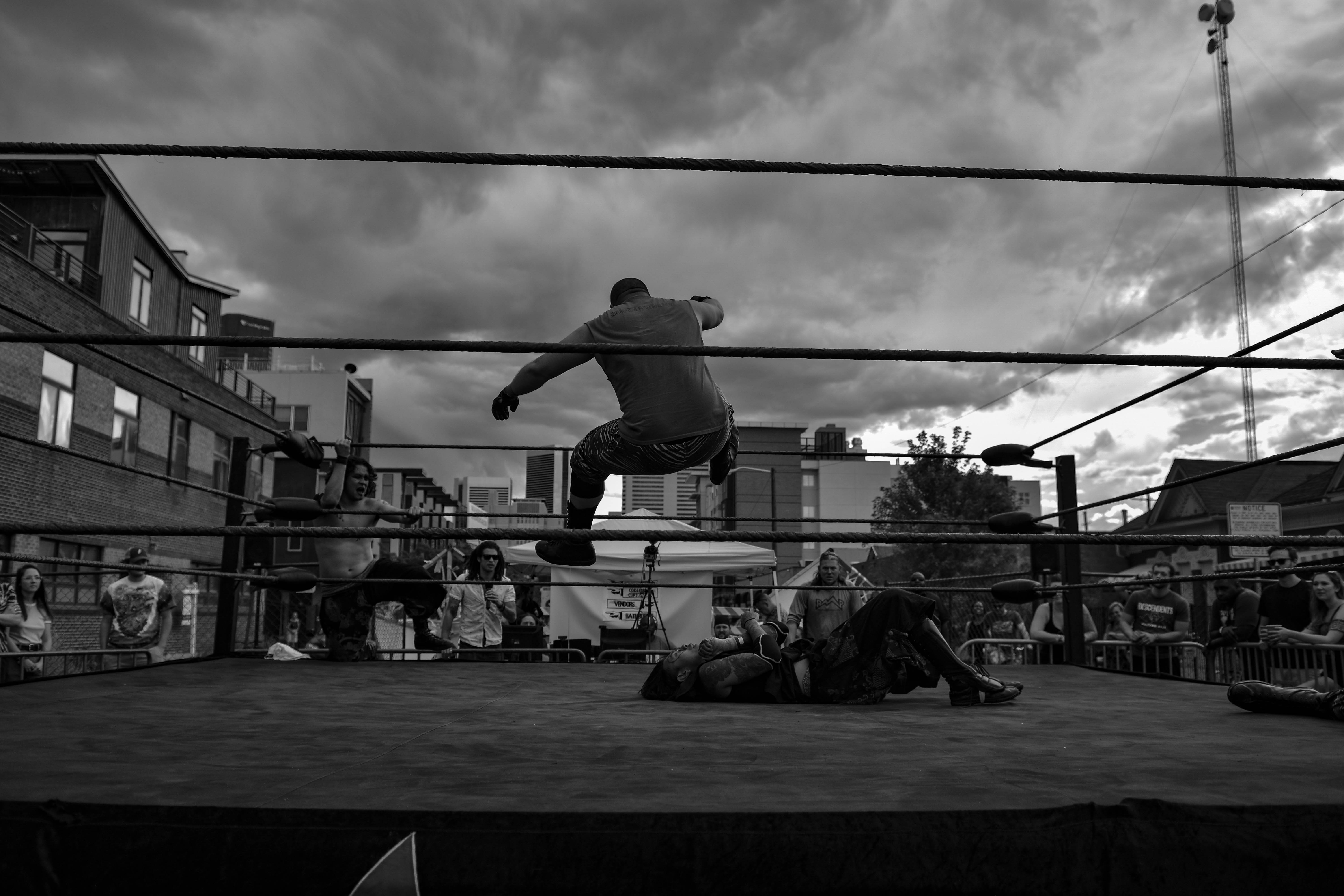 Unfortunately, with so much going on inside the festival, attention with something that Temple Tantrum needlessly fought for, much to its detriment. There were simply too many things happening at once, to the point where many of the attendees struggled with simply existing in the moment and taking it all in. It was overstimulation to the max, with few moments to relax. Making matters worse, the sheer run time of the block party elongated the overstimulation to the point of exhaustion.

Had Temple Tantrum shortened its runtime and perhaps even cut the block party down to one day, the execution would have been far more successful. However, the vision of Temple Tantrum as an art party is what RiNo needs. The inaugural event’s unrefined presentation and risk-taking made for a weekend that won’t easily be forgotten. If they can streamline the ideas and hone in on their vision, there’s no reason Temple Tantrum can’t be Denver’s favorite DIY festival. 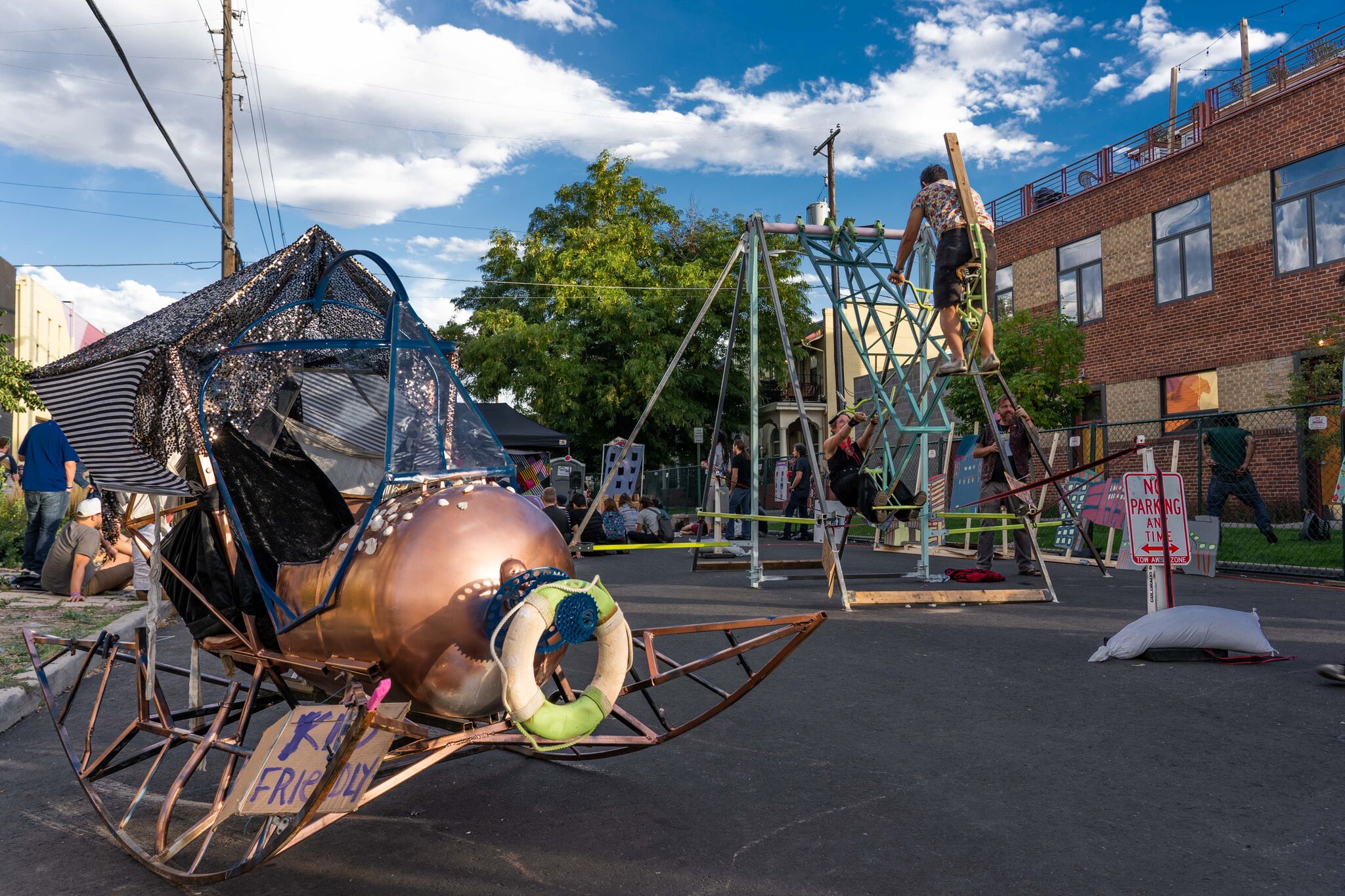 All photography by Kori Hazel unless noted otherwise.