Every once in a while, a band comes along that changes your definition of music. From the uncommon blend of instruments used to the refreshing sound and vocal range of the lead singer, it’s an exceptional band that makes you think, “why don’t more people know who they are?” For everyone in attendance at Red Rocks on September 6, they had already come to this realization — Lake Street Dive was a band deserving of their attention. And Lake Street Dive, in return, proved those fans weren’t wrong. 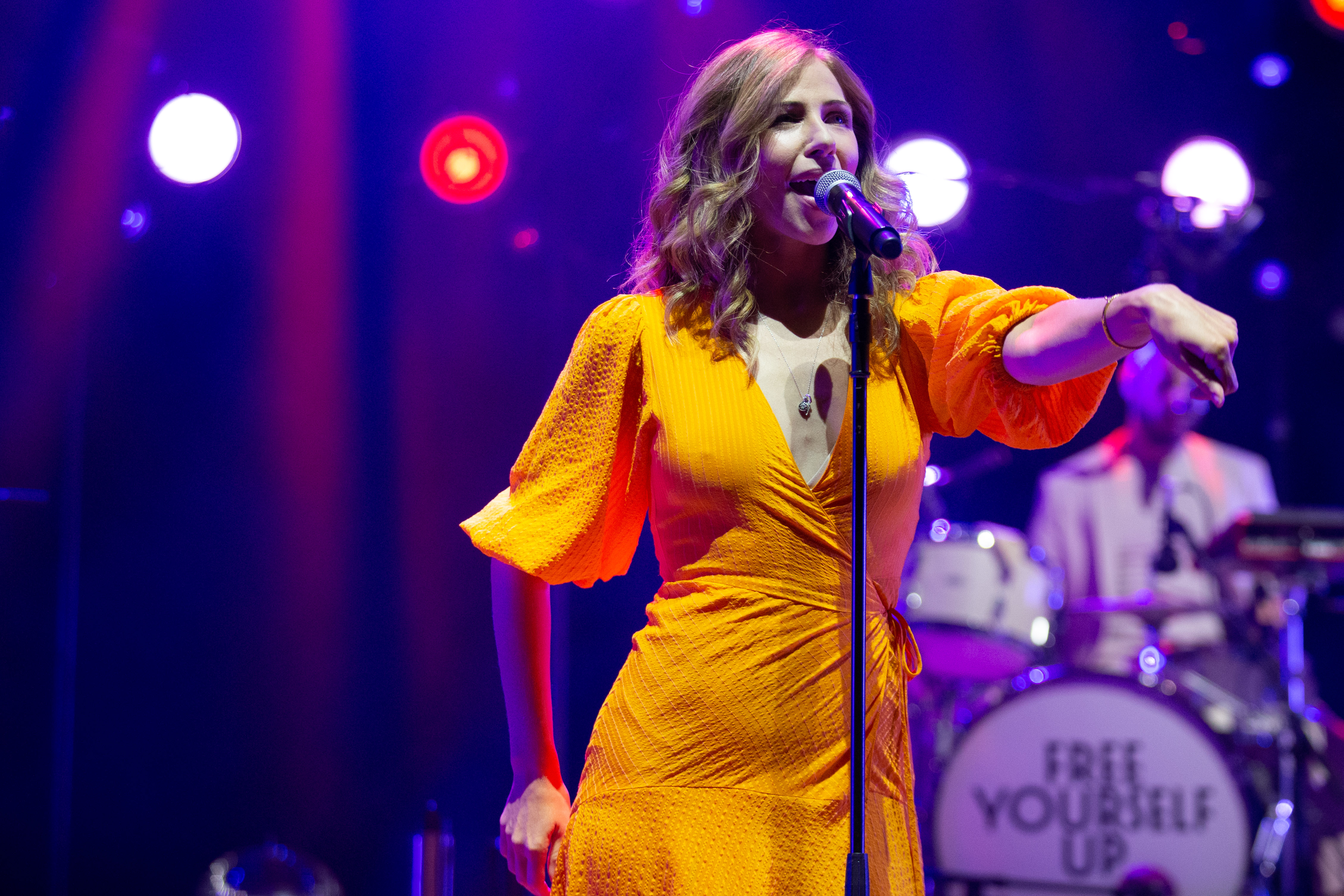 The night began with opener Josh Ritter who took the stage just after 7:30 p.m. Ritter walked out, his band following suit, and before singing anything, he spoke directly into the mic and said “Hell yeah. What a night.” And with that, the tone was set for the remainder of the show. His music carried a folksy twangy sound — a sit around the campfire kind of vibe. Large groups of people with chairs and blankets filled the rows of Red Rocks. Ritter played songs that you would want to hear when hanging out with friends towards the end of summer, reminiscing about old memories. His music kept us warm on the uncharacteristically cool night in September. “Adjectives fail right now,” commented Ritter. He was humbled to be here and we were grateful to have him. His Americana style of music complimented the soon-to-come Lake Street Dive and it was a perfect transition from him to Lake Street Dive — from summer to fall. 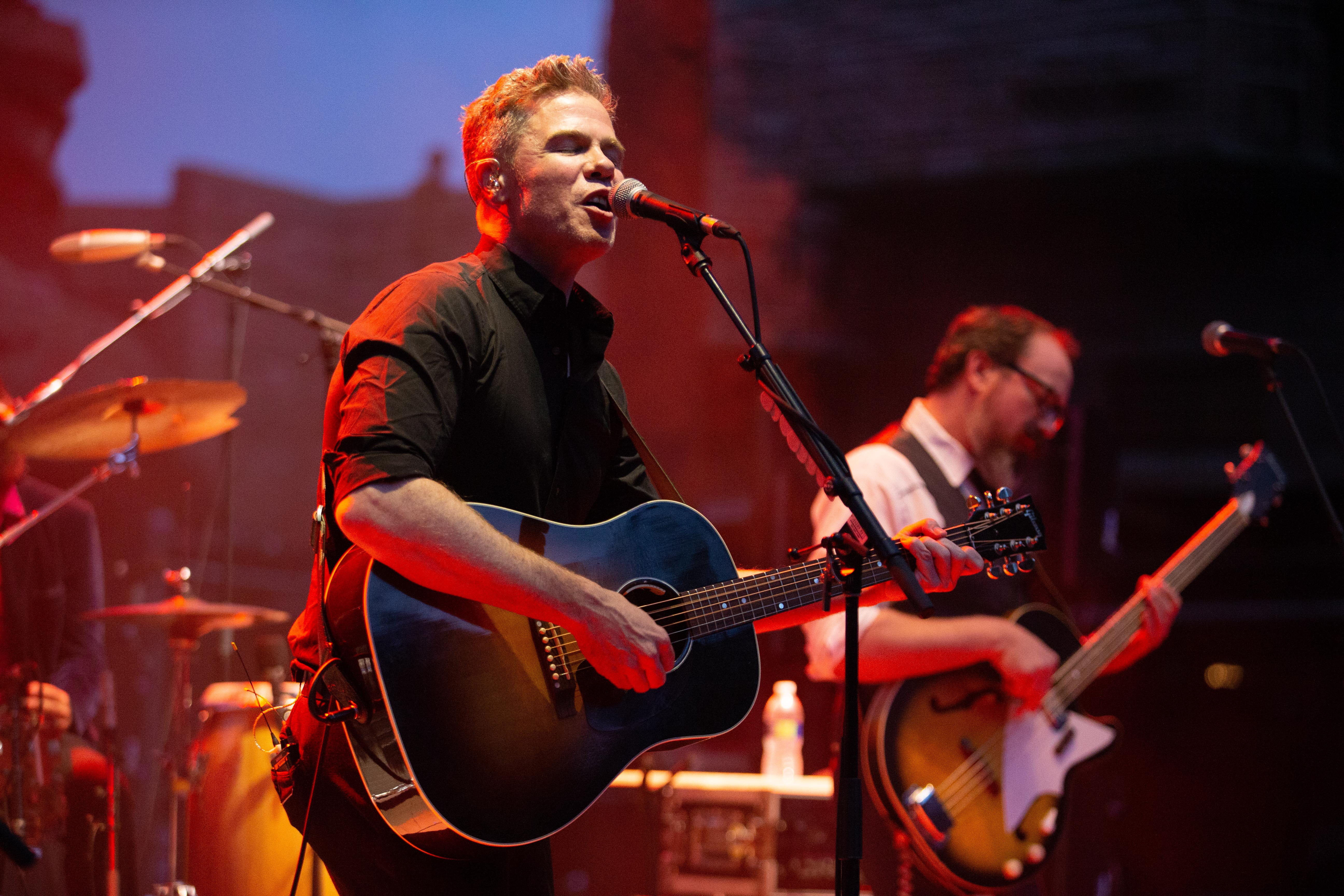 Lake Street Dive came on around 9 p.m. and they didn’t slow it down for a full 20 minutes. They began the show with the disco-dancing song “Baby Don’t Leave Me Alone With My Thoughts” off their most recent album, Free Yourself Up. Lead singer, Rachael Price, wore a yellow dress that could only be compared to to the emoji of the woman dancing in the red dress. She brought the sass, the hip swings, the dance moves and you better believe she brought the hair flips. Between the lighting on the stage, the raised platforms for the piano and the drums, the upright bass player on her left and trumpet and guitar player on her right, Lake Street Dive was going to bring a show that didn’t just deserve your attention, it commanded it.

Their show was like watching an intimate performance that happened to be in front of thousands of people. All eyes were on the stage, the rest of the venue fading into the background. At times, it was like Red Rocks itself was entirely forgotten. They were charismatic and charming, giving their performance all they had — you were unable to take your eyes off them. The songs were a sounding board for classic jazz, ’60s soul and some good old rock ‘n’ roll. While the melody was uplifting and sunny — feet always tapping and heads nodding in unison with the percussion — the lyrics brought you right back down to Earth. Songs like “You Are Free” with its funky electric guitar slides and background vocals masked the raw and honest lyrics that had you realize this song is about needing to be vulnerable in order to be loved. The band also slowed it down with songs like “Mistakes” which were filled with lines that read, I’ve told these stories/I’ve said these lies/I ignore what my heart tells me/And I break it every time. 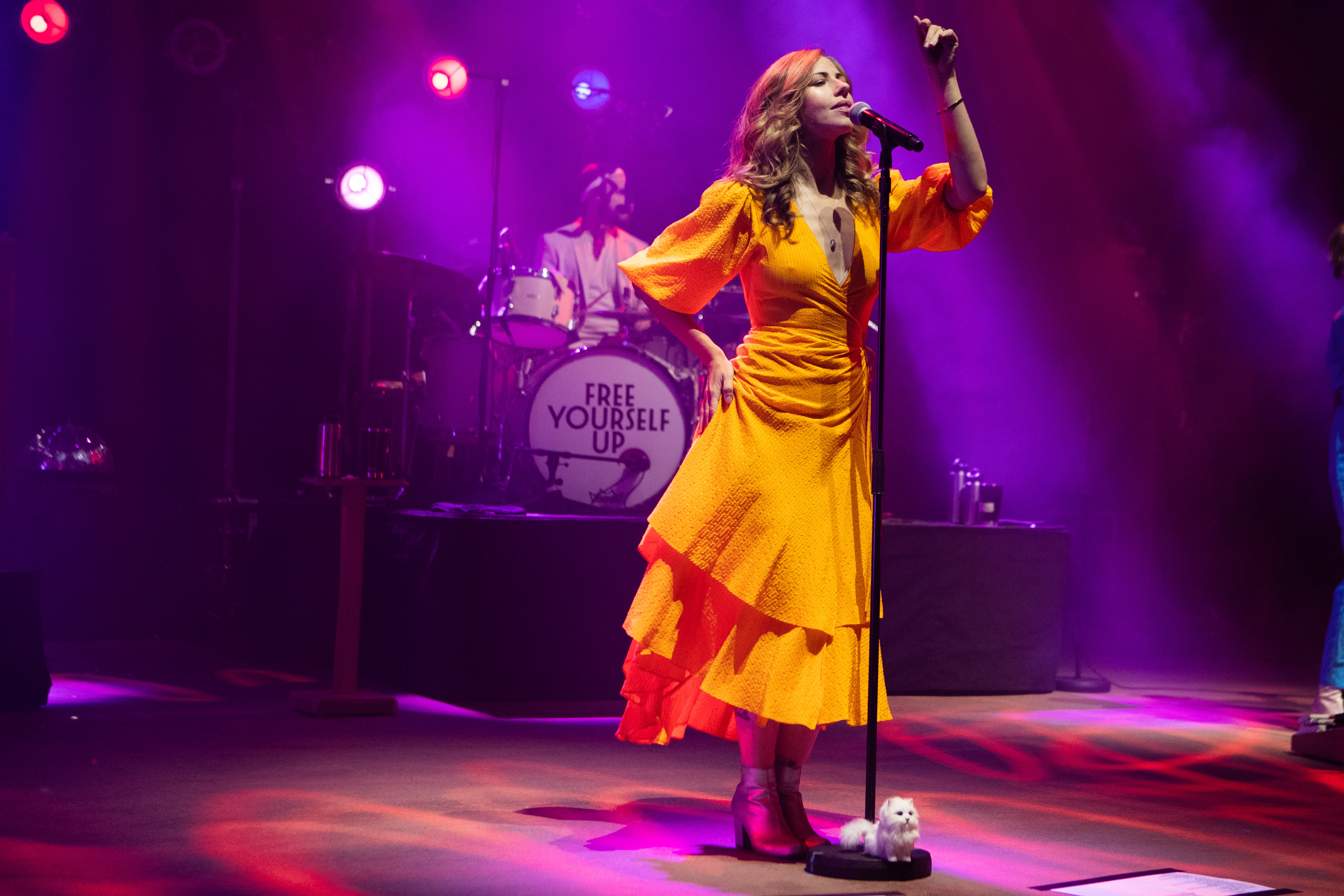 Every song impeccably showed off the raw talent of the band. Each member had their own place on the stage — no one overshadowed the other, both physically and musically. They complimented each other, playing off the sounds their instruments made. You could tell the band had been doing this for a while — 14 years to be exact. But with experience doesn’t come egotism. The band seemed just as humble as they most likely were the first time they ever played a live show. “We’ve been waiting for this night for a really, really long time,” commented Price.

Lake Street Dive played Red Rocks in 2016, opening for Grace Potter. Last night, however, was their headlining debut and they exceed every expectation. Price sang like it was her God-given right — her voice extending and reaching well past the walls of Red Rocks. Not one to forget showing her support, Price showed appreciation for the band behind her, acknowledging them individually, giving them credit to songs they wrote and even dedicating time for them to show off their individual skills and talent. One stand out was the latest addition to the band, keyboardist Akie Bermiss. Bermiss performed a rendition of Shania Twain’s, “You’re Still the One” with the support from the trumpet and background vocals from Price. Bermiss worked that stage with the confidence her voice and the band demanded. As if to say, “We are here. We are Lake Street Dive — listen up and pay attention.”

Throughout the night, Lake Street Dive performed a mix of old and new songs, proving that you didn’t need to know the word to every song to enjoy the show. It was simply good music with good vibes and a great band to provide it. If you haven’t heard of Lake Street Dive, consider this your introduction because one thing is for certain — Lake Street Dive is a damn good time.