Review – Gary Clark Jr. Pushed Through the Rain and Altitude Like a Goddamn Rockstar

Despite the dark overcast of clouds that rolled over the greater Denver area Wednesday afternoon — it was Gary Clark Jr. night at Red Rocks. The fans that anxiously awaited the Wednesday night performance showed no signs of discouragement as the skies turned a gradient shade of grey. For those who were familiar with Clark’s discography, the dark, stormy blanket that rolled through only seemed fit for an artist who carries so much weight and raw emotion in his songs.

Gary Clark Jr. is a take-no-shit, rock ’n’ roll-meets-blues protégé with a lifetime of love, heartache and downright soul-bearing stories packed into the last six years of published music. While Clark is still a relatively young artist, both his discography and live performances tell a story of someone who was born for this role. And, judging by his quick rise to fame and packed Red Rocks attendance, it was a role the world was ready for him to fill. 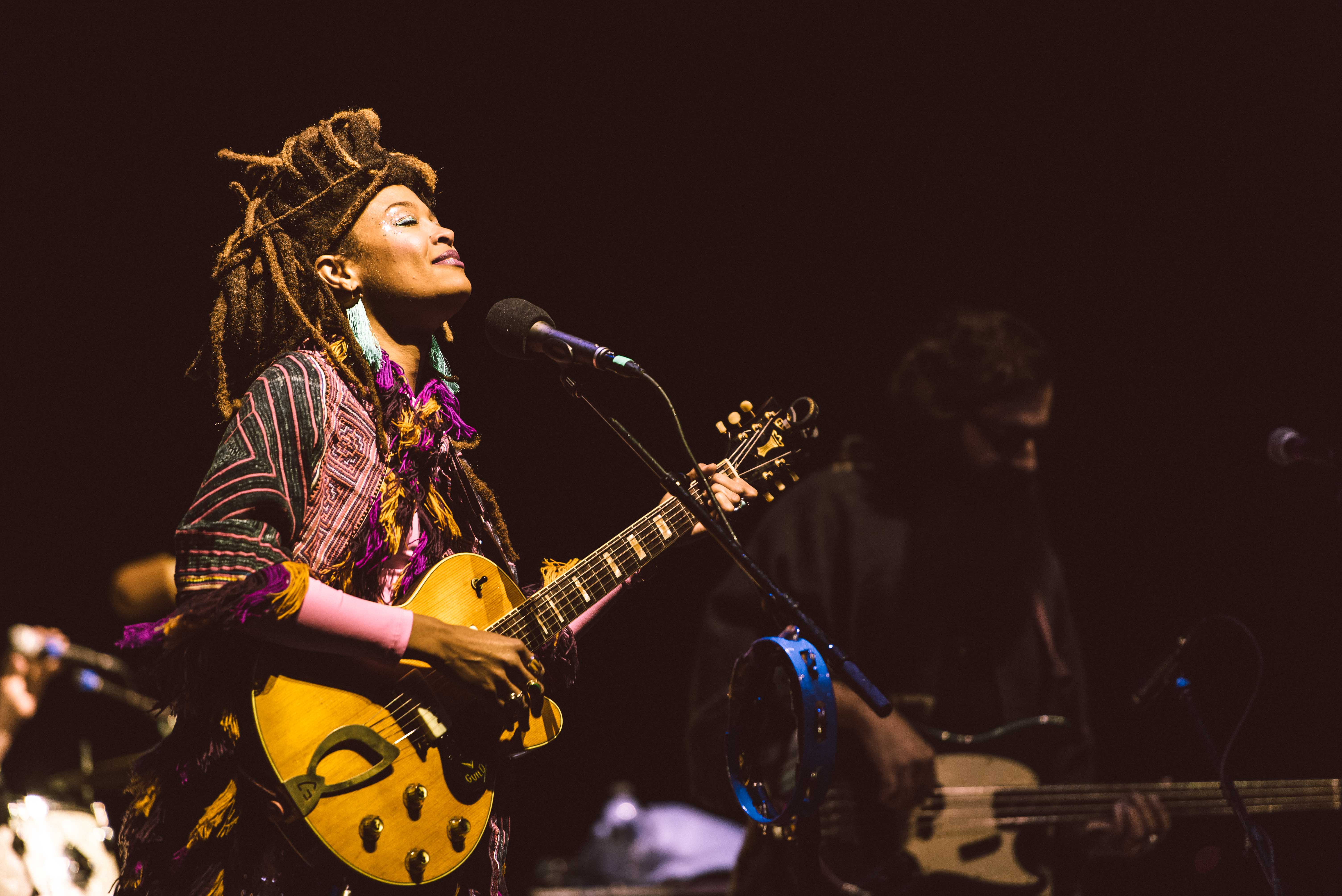 The rain wasn’t even a question of concern for the fans that filled the stands at Red Rocks the night of September 5. The first opener, Think No Think, used it to fuel their chaotic symphony of hard rock jams, which prompted the crowd to match their nonchalant attitude towards Mother Nature’s kiss. The rain rolled off the curly locks of the Austin, Texas trio as they slapped away at their instruments and sent the showers right back up to the heavens. The droplets only added to their routine and set the standard for the rest of the night and performance following.

What happens when a cowboy, a man in a poncho with a three-foot beard and a dreadlocked country singer with a hot pink leotard and sequined skirt take the stage? If you guessed an unforgettable performance and vastly unique experience, then you’re spot on. Before Valerie June breathed her first note, the hodgepodge group from Tennessee gave no clues to unsuspecting spectators as to what they could possibly produce. For those unfamiliar with Valerie June, every note uttered from the band was a complete surprise. Valerie June has a voice so uniquely beautiful that the instruments struggled to stake their claim in the airwaves occupied by her call. The poignantly timed “Astral Plane” winked at the showers with the lyrics, “dancing on the astral plane, holy water, cleansing rain” for a closing song that left the audience wondering how they’ve gone so long without knowing her. 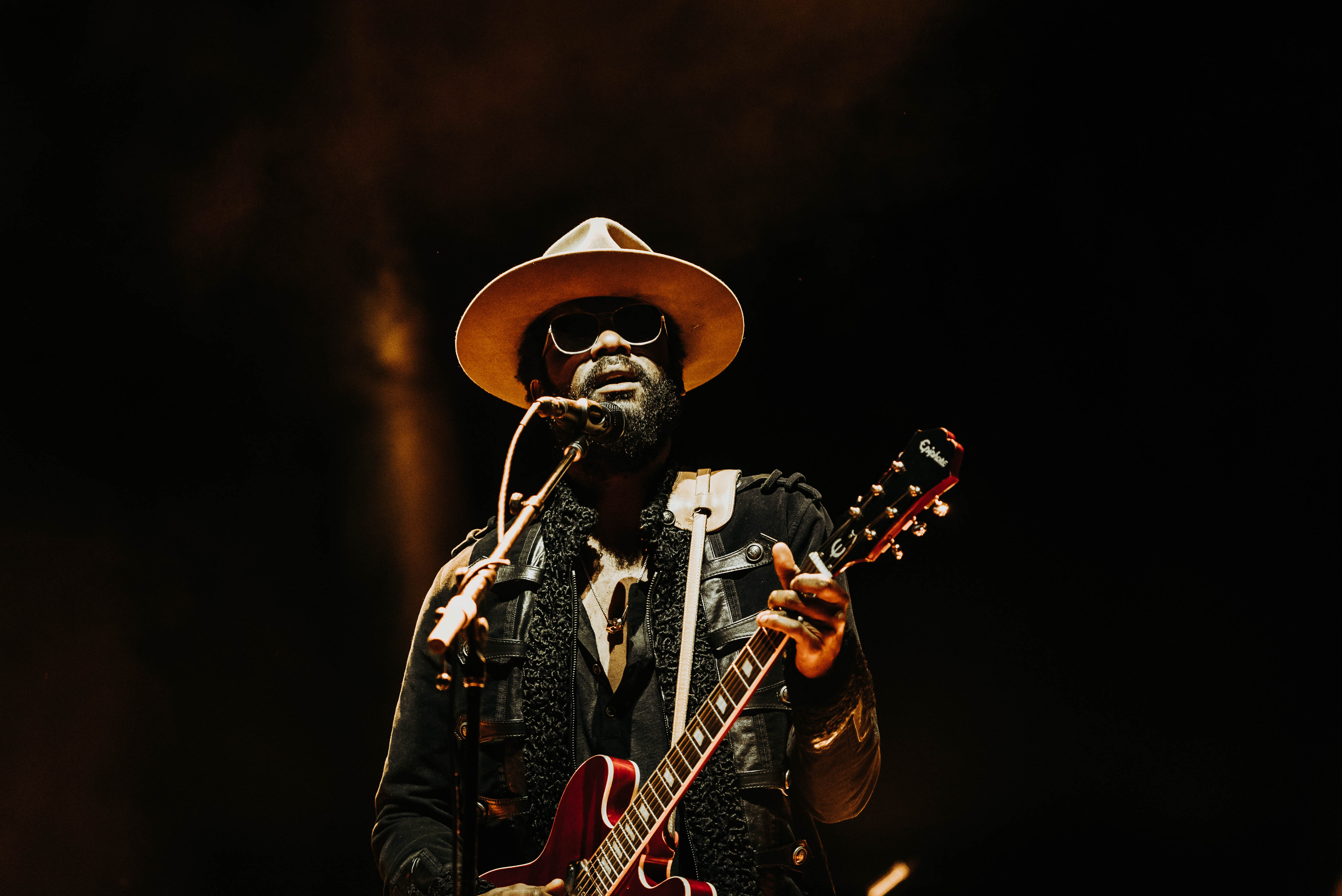 As we apparently received all the cleansing we needed at that time, the rains let up before Clark staked his spot. With no introduction needed, Clark took the stage with an ominously casual stride. With a quick glance from above his mirrored sunglasses, he began his performance. His opening song felt unusually low-key. After addressing the crowd with, “this altitude must be getting to me, I almost just passed out during that last song,” the mild-mannered introduction to his set didn’t seem so off base. While the artist appeared to struggle a bit throughout the remainder of the performance, the altitude didn’t stop him from shredding during favorites “Next Door Neighbor Blues,” “When My Train Pulls In” and “Don’t Owe You a Thang.” The heavens took note of the thunderous jams and sprinkled periodically throughout the rest of the night. 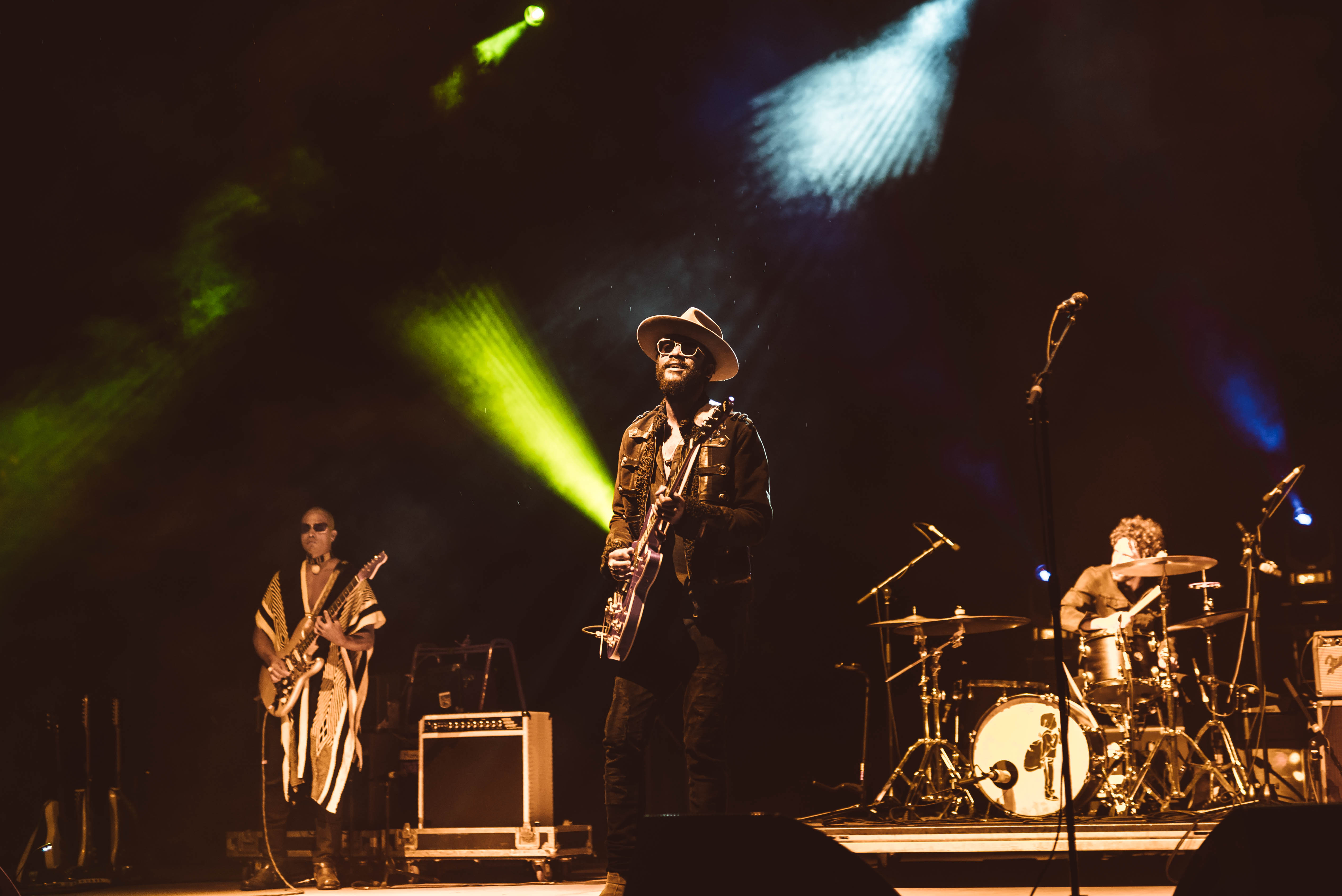 During “Our Love” he seemed to find the happy medium between a strikingly rich outpour of talent and the harsh reality of the Mile High City. It was clear he wasn’t stopping without putting up a fight, as he came back with not one but two encores and laid it all on the line for “If Trouble Was Money” and a red, white and blue colored performance of “Come Together.” Just as Clark really started to hit his stride, however, the night came to an end. Regardless of the rain or crippling altitude, the line-up for the night left attendees satisfied, and if anything, itching for more. It takes a lot more than a chilly night of rain and altitude sickness to slow him down, and during his Red Rocks performance, he proved to be just as strong as the unstoppable trains that roll through his songs.