People are visual creatures – naturally drawn to the big, bold and bright. Up north, on Main street in Brighton, Something Brewery, is using this knowledge to make its labels stand out. In a crowded beer scene, it is hard to be different – good beers are the expectation but unique marketing is an underutilized tool. In order to bring people in – you want to make people want to try the beers which is where the names, labels and the branding come into play.

Something Brewery which was founded by David Allegrezza, Brian Castillo and Dustin Christopher has found a formula. First and above all else, it starts with a beer and a stellar recipe — because you can bring the people in with fun names and labels but they won’t stay without the beer behind it. Once the beer is locked in, the brewery focuses on the name – it will be fun, reflective of the good time and relaxed atmosphere of the brewery. It’s only after those two things are done does David Allegrezza, who we spoke with, start the process of creating the beer labels.

The variety of the brewery’s labels and the ambition of the latest 3D labels creates so many questions – but first and foremost we needed to know where he got his inspiration. The answer is simple, everywhere. From Instagram to Calvin Hobbes the pop culture references are all over his work. We were sippin’ on Haze and Juice which is the breweries take on a New England Style hazy IPA – the reference pops, it’s “laid back.” 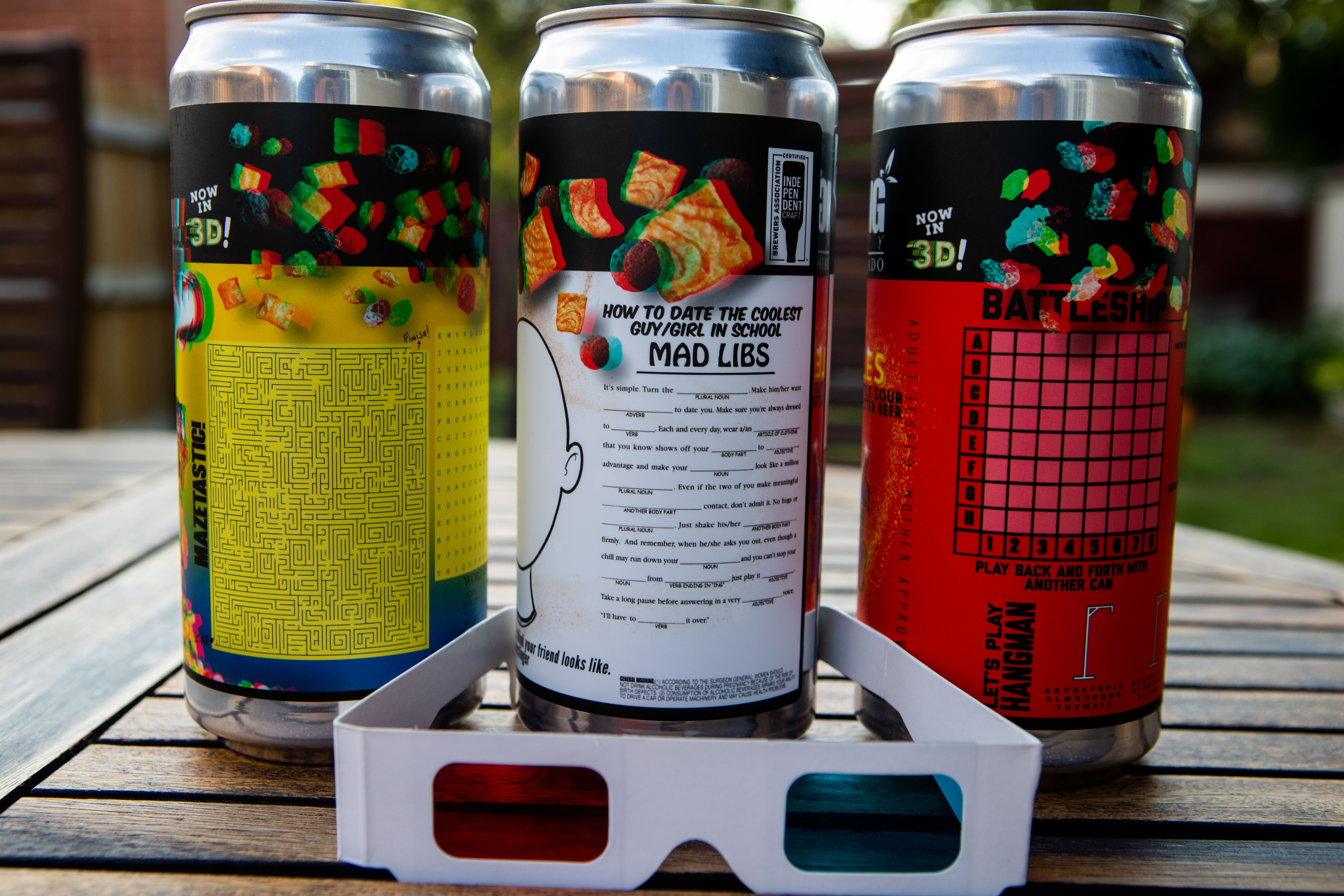 When asked about his favorite Allegrezza hesitates for just a moment. “We Met on the Internet,” he said and before we could even ask the question he was quick to let us know it wasn’t about his girlfriend. Instead, it’s about the process and seeing beers from all across the country online – usually on Instagram. “You fall in love with the beer in the picture, you want to meet it,” he explained.

It’s what he is trying to replicate at Something. The label is critical, people who wait in line for three or four hours, which has happened at Something’s last Cookie Monsta crowler release are basically waiting for an unknown. Allegrezza takes a humble note, “they are waiting on a beer they have never tried, it’s the label that’s bringing them in.” He’s also quick to point out it’s the trust in the brewery and its beer that helps. 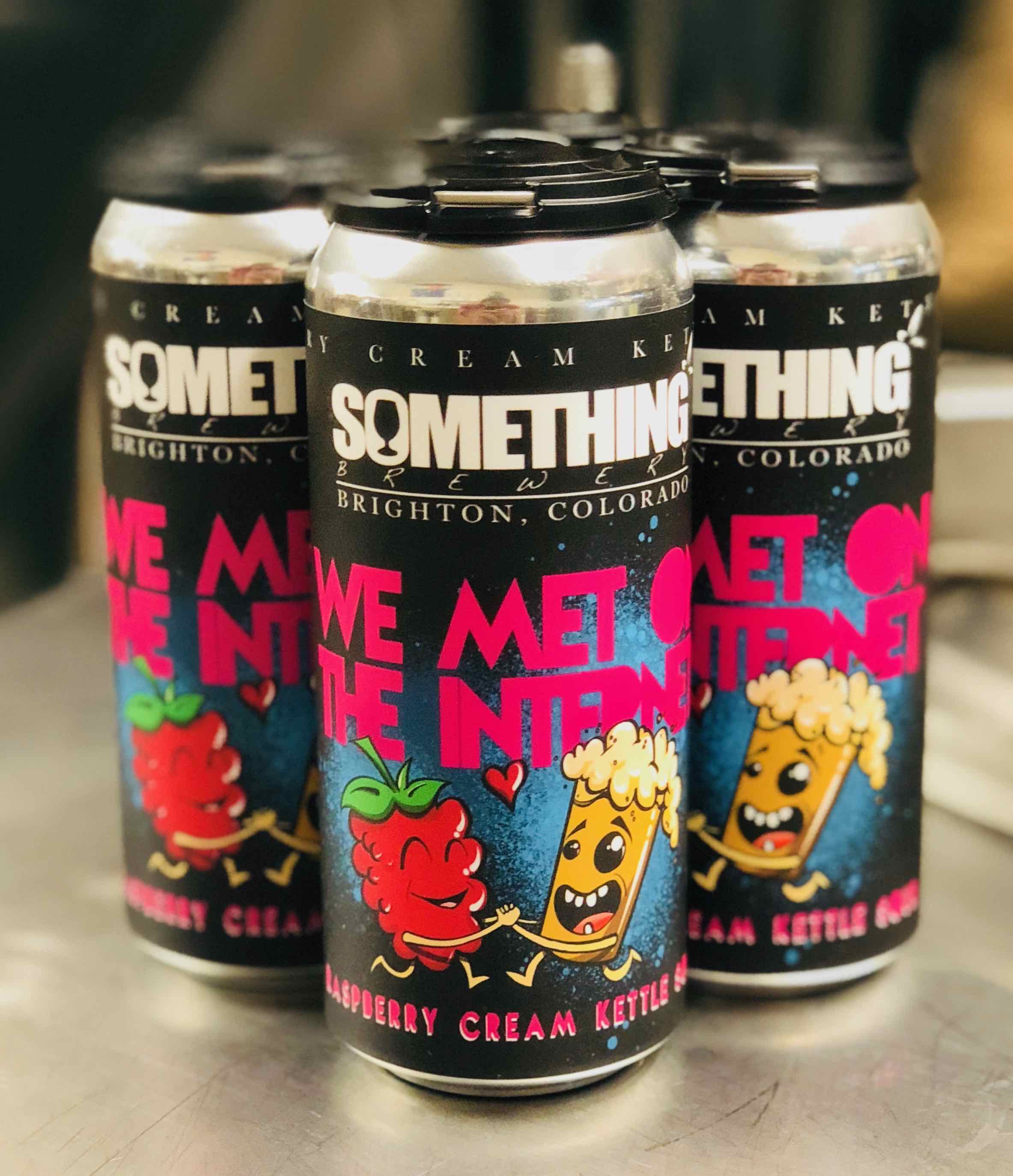 Photo courtesy of Something Brewery

It is no surprise after spending time with Allegrezza that he would take on the ambitious project of creating 3D labels for the Surprise Inside Craft Pack release happening on Saturday, July 28, 2018 starting at 12 p.m. As far as we and the brewery has seen this is the first time any brewery is doing dedicated 3D labels for a beer release.

The labels will be on a set of three crowlers – each beer a different style with a special cereal added in after fermentation. All three crowlers feature 3D labels but also two mini-games such as word searches, hangman and even battleship. The brewery will also be passing out 3D glasses with each three pack. Does this sound familiar? It should – this is the cereal of your youth – only this time you are enjoying beers while completing those games. We promise not to judge if you start your day this way, we might. Nostalgia tastes great. 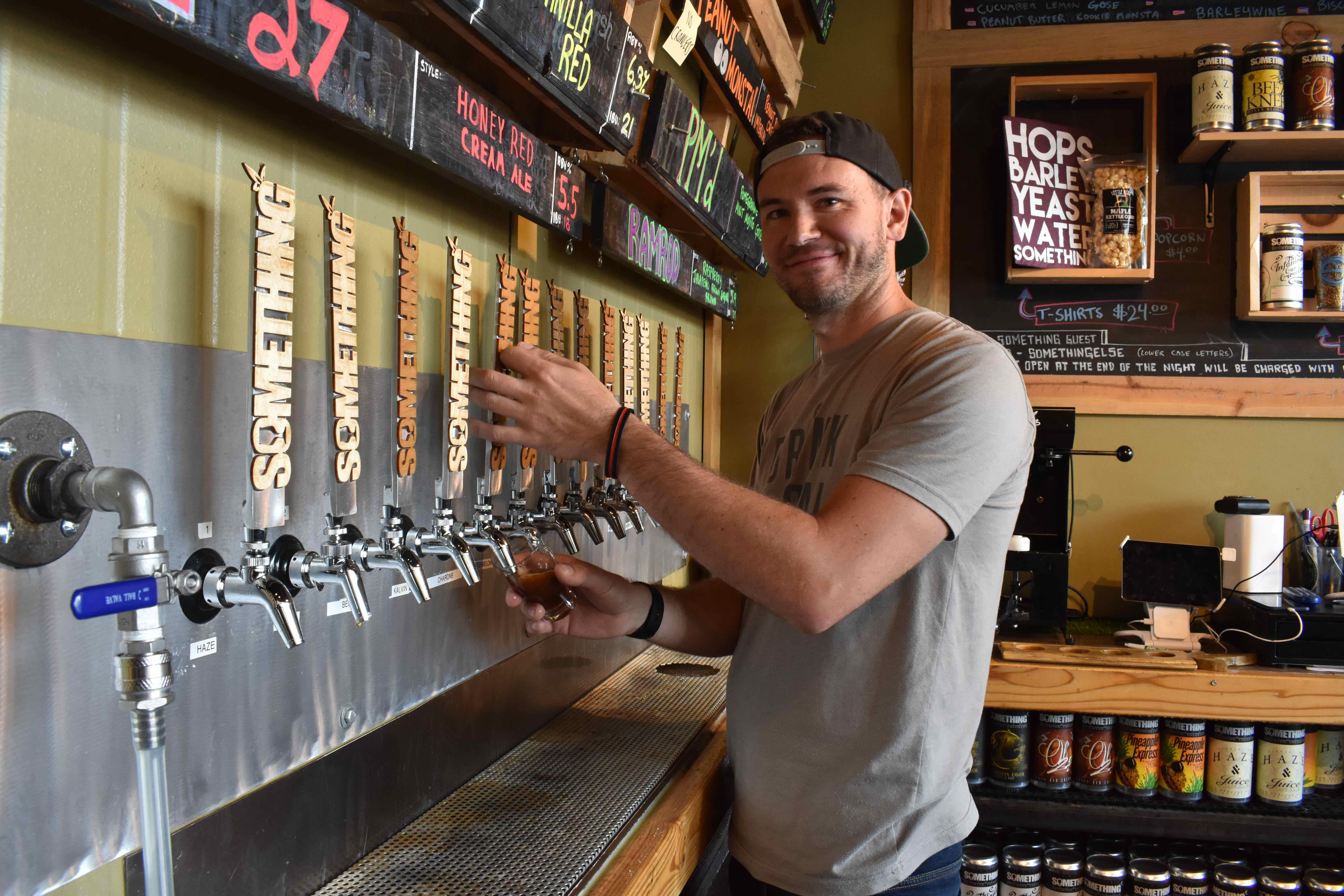 David Allegrezza of Something Brewery – Photo by Alysia Shoemaker

Most label designs take minutes, maybe hours but the process for the 3D labels took Allegrezza 140 hours. It started with the name and then he had to pick the mini-games for each label. From there it was detail – fun fact the superhero on Super Cereal is based on Allegrezza. We asked but he won’t be wearing the full superhero outfit but the just the hat on release day. The Crunch Beeries label features Christopher and Castillo, the other two owners. Fruity Sparkles is a bit of an inside joke at the brewery – ask Jeremy – the beer slinger about it.

Once the design was complete it was all about layering to create the appropriate depth to make it work in 3D. Every fruity pebble has to be drawn just right to make it pop off the screen. We got a sneak peek at the finished product and it was trippy – you felt like you could grab the cereal right off the label. There is a catch, however, the labels have been reviewed only flat, Allegrezza isn’t even certain of how it will play out once they hit the crowler. It doesn’t matter though he points out, “people can just peel it off to play the games and check out the graphics.”

Something Brewery as Allegrezza says it is meant to be, “something different, something unique, something creative.” The labels from the brewery tell the story of the beer, the atmosphere of the brewery and most importantly they bring people to the beer. Yes, the 3D labels are ambitious but in talking with Allegrezza this is just the beginning with the type of fun he’s going to have. 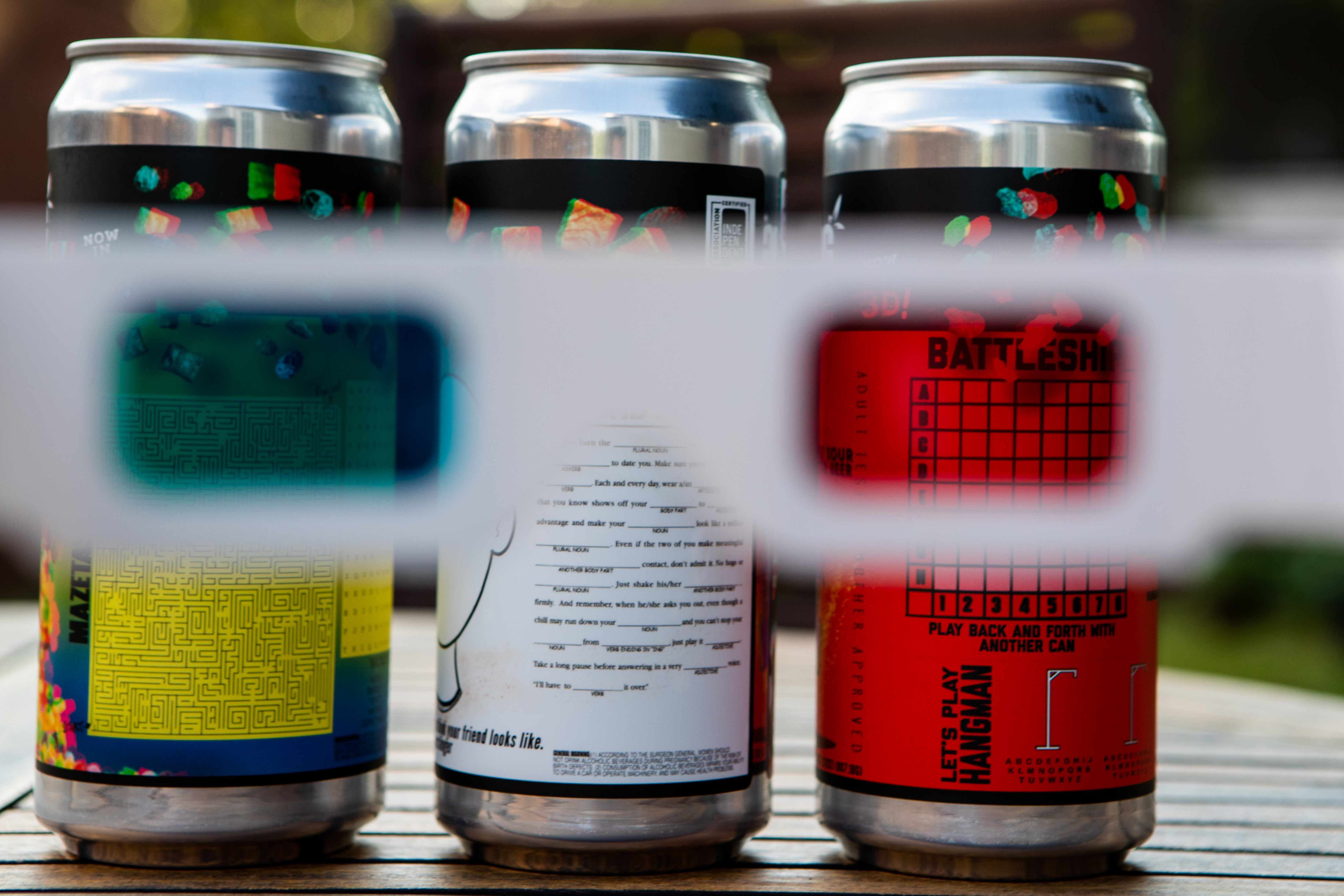