Summer is officially underway which means that Red Rocks season is now in full swing. No summer would be complete without the annual Fourth of July weekend performance by Umphrey’s McGee.

Red Rocks continued their love affair with Umphrey’s McGee for the 8th year in a row last weekend. Since 2010, Umphrey’s McGee has been a staple of the summer Red Rocks calendar and a must-see for music fans. This weekend was their second year performing a three-night run at the legendary concert venue. Fans arrived in droves to enjoy the genre-spanning music but the music wasn’t the only thing that was eclectic. From valuable ground scores to thrift store finds, attendees donned their most festival-worthy garb to rock out in style all night long. 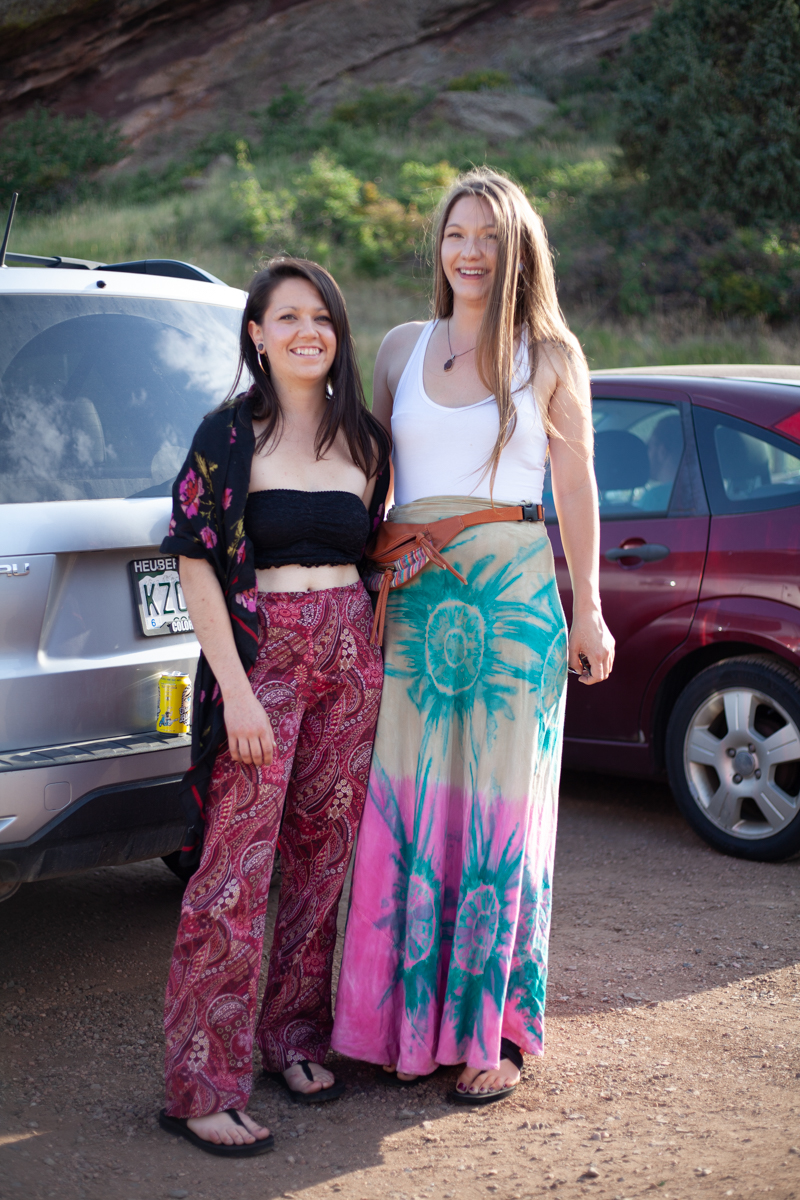 Katelyn Card and Gabrielle Badger tried on several outfits before deciding on pieces that they found at thrift stores. 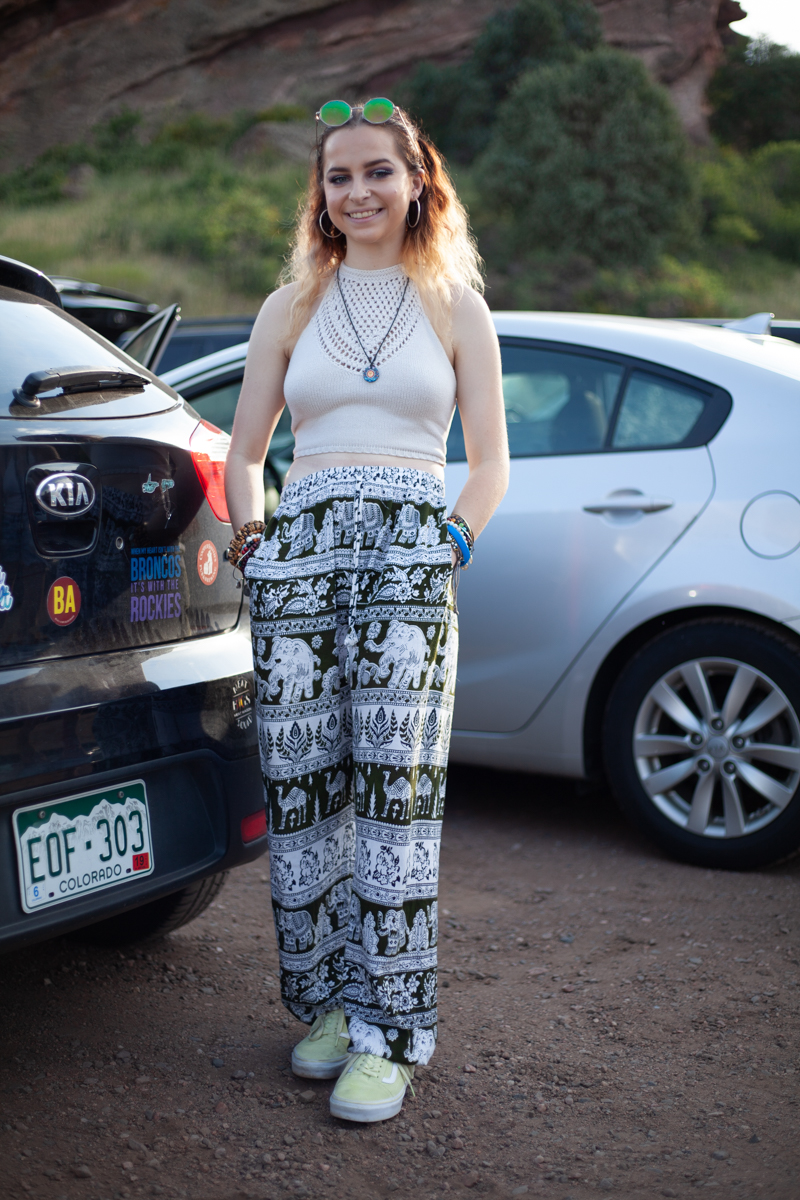 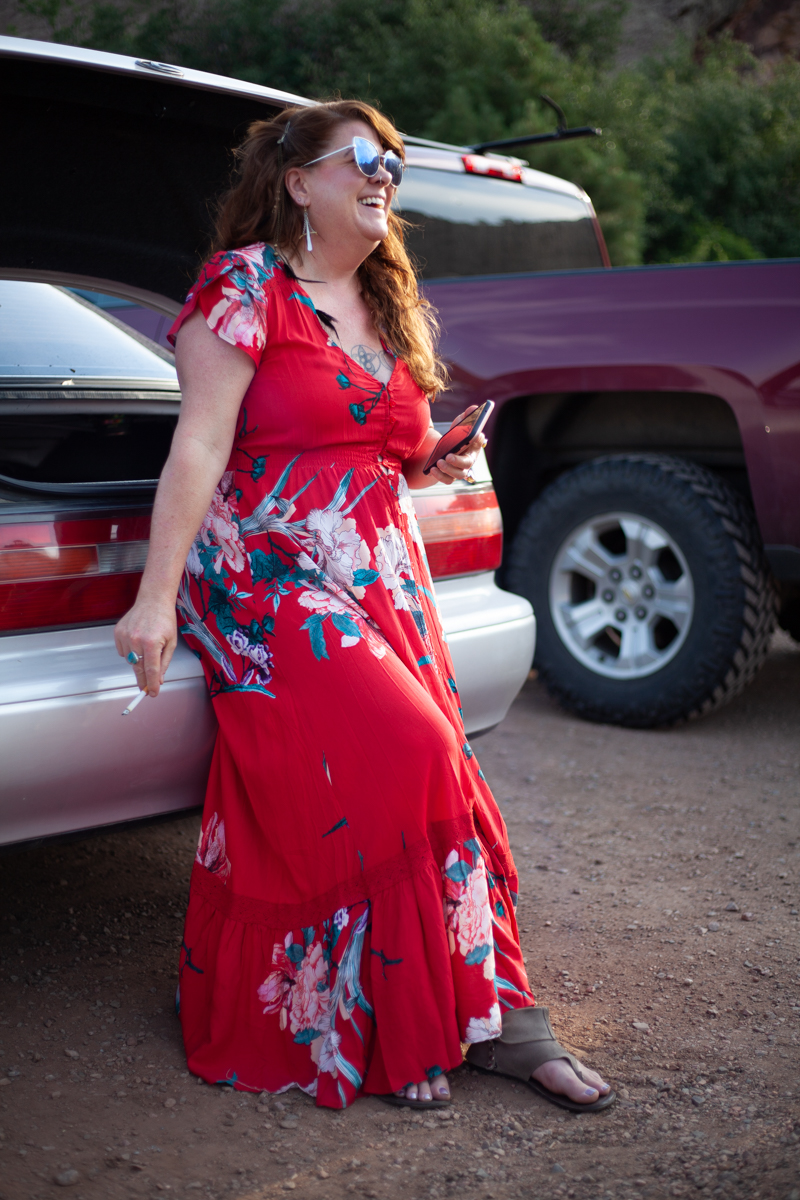 Umphrey’s McGee was Carri Arata’s only Red Rocks show of the season so she decided to dress up for it. 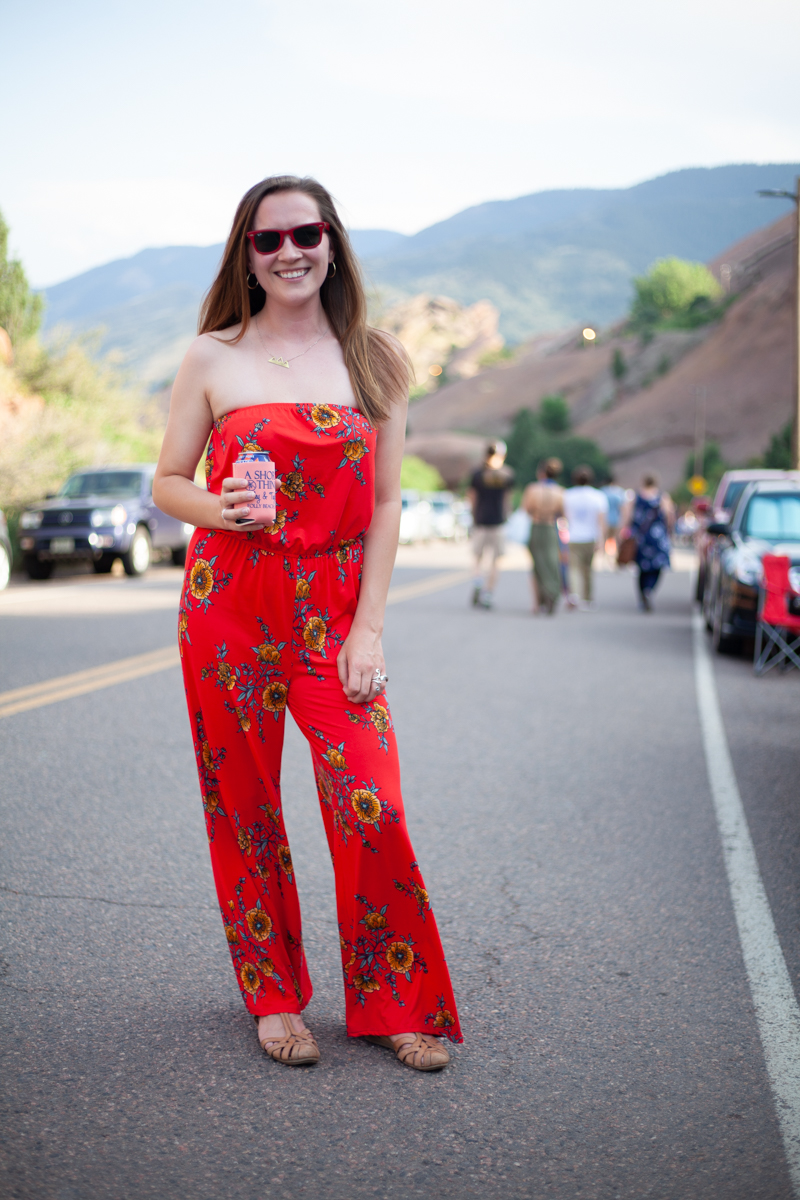 Heather Johnson wore a jumpsuit that she got from Fab’rik in Colorado Springs. 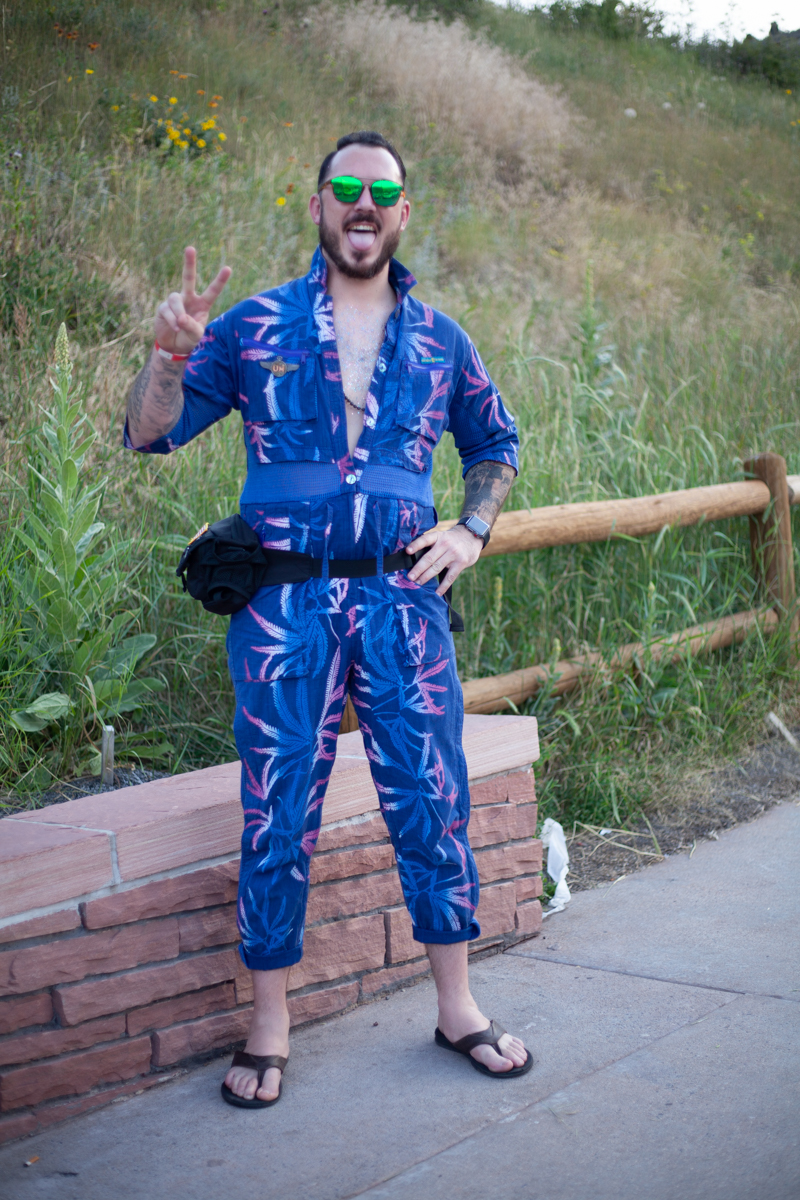 Michael Scott bought his jumpsuit from an antique thrift store in Oklahoma City that features clothes from Miley Cyrus’ stylist. 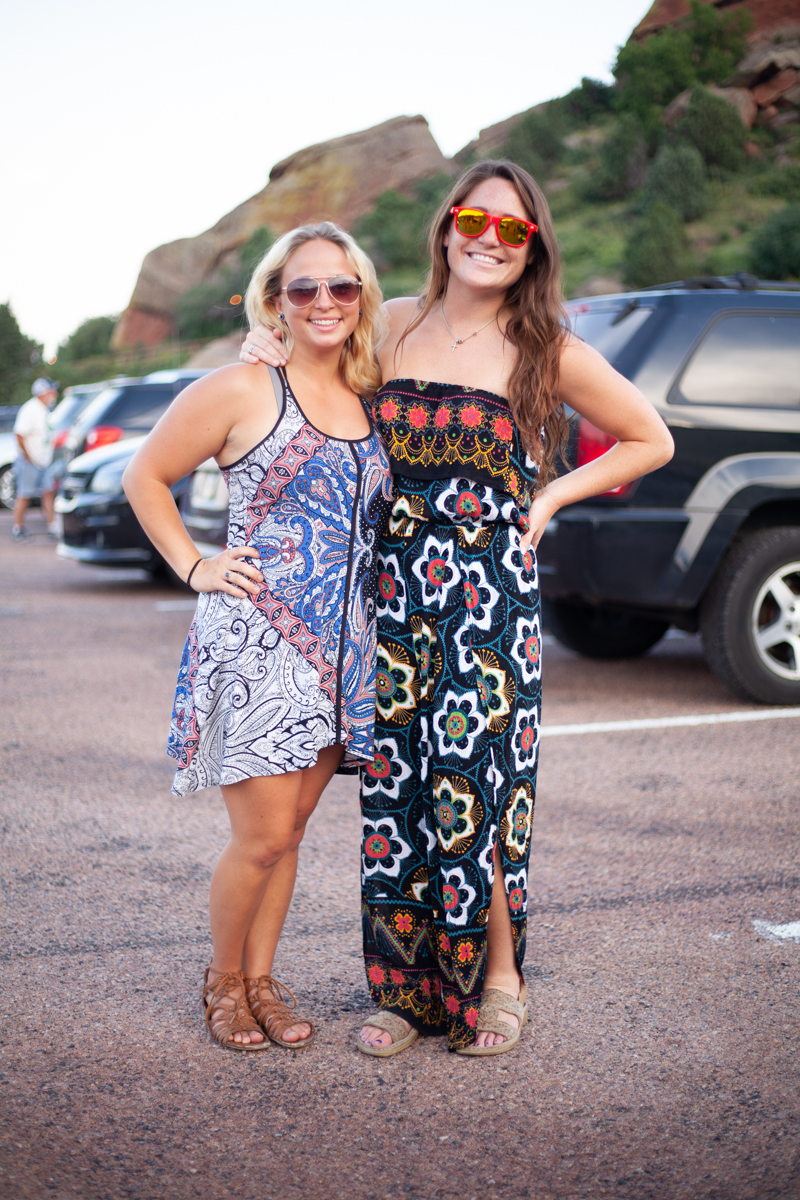 Anna Thompson (left) and Kristen Francomano (right) wore colorful dresses they found in a thrift shop in Vail and Earthbound in Boulder, respectively. 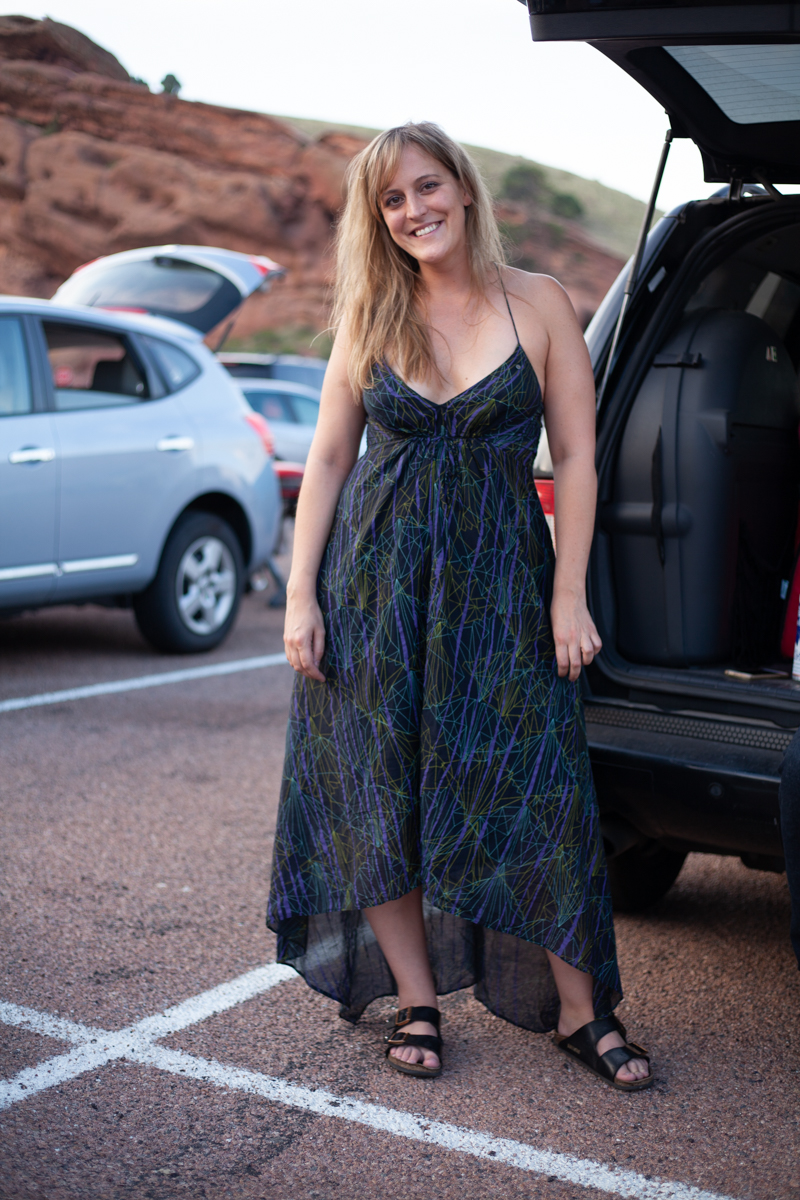 Chrissy Ladam wore a flowy dress that she found at Buffalo Exchange. 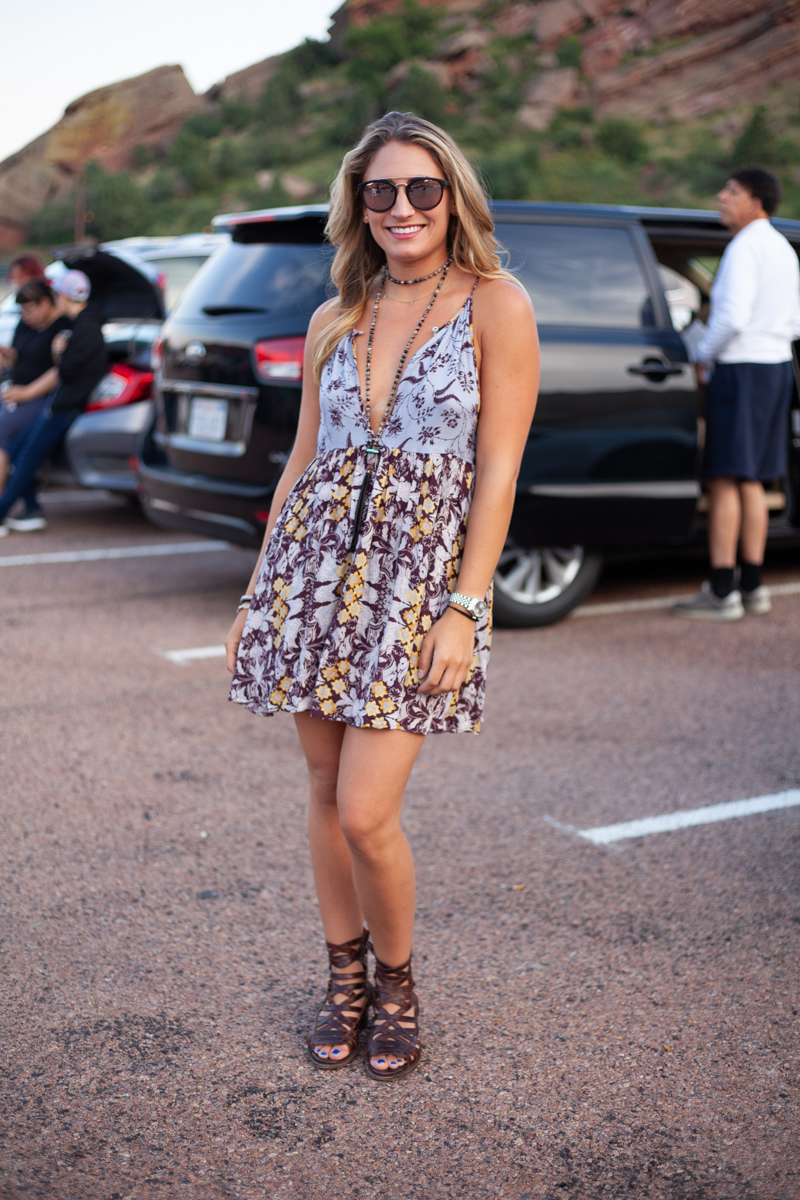 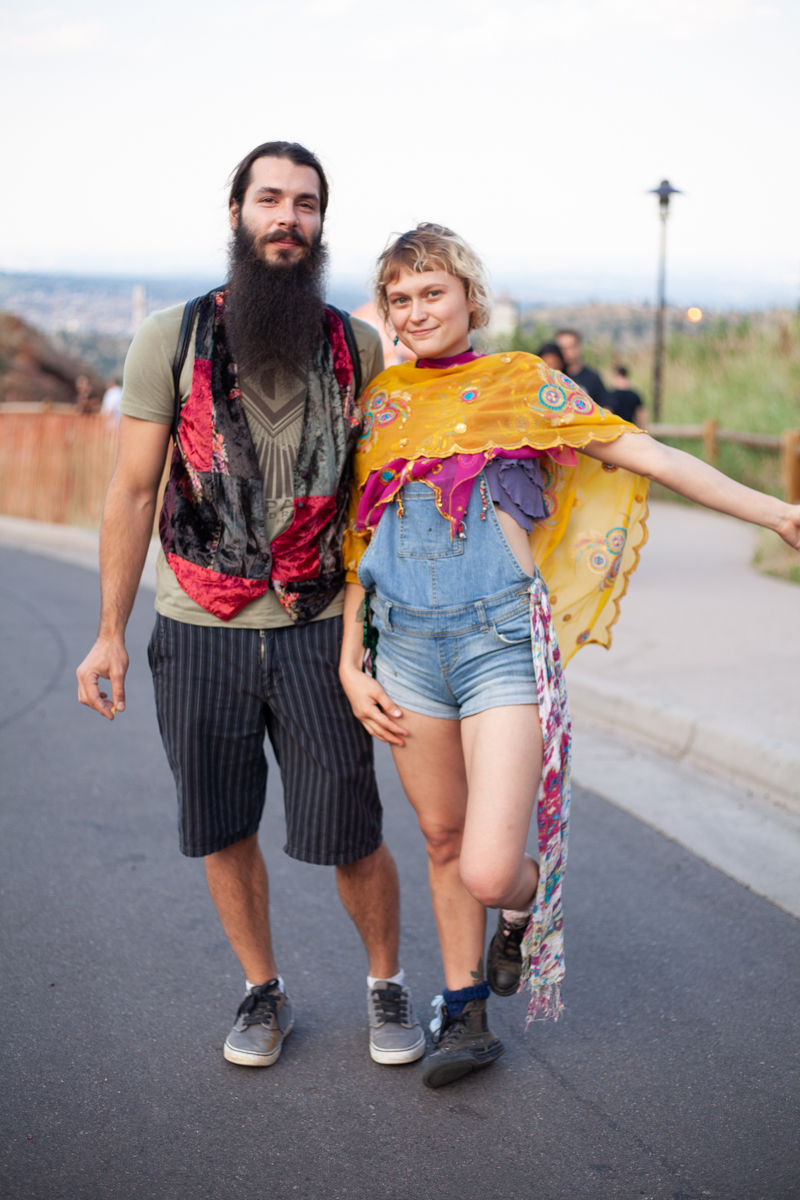 Alana Michelle wore this striking scarf that was a ground score from a festival in Florida when she was working for a recycle rewards program by cleaning up after the festival. Her friend, George Caldwell, wore a velvet vest and Papadosio band tee. 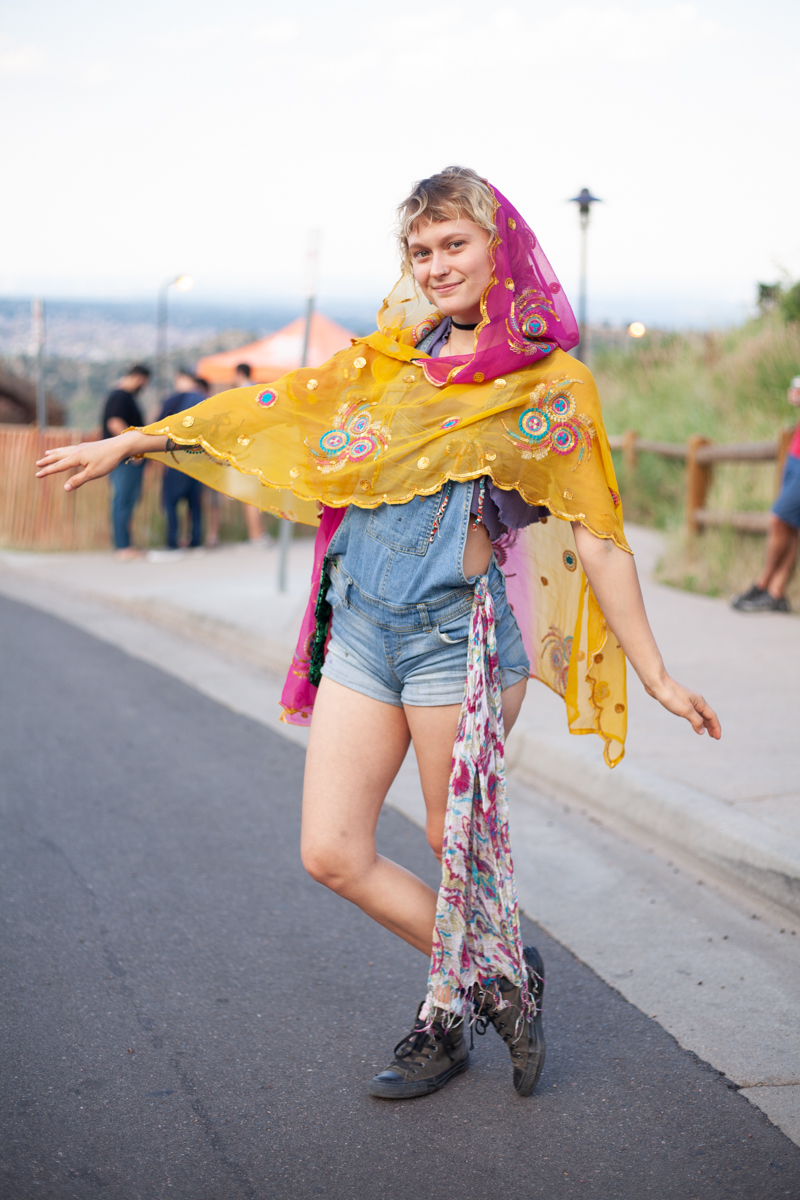 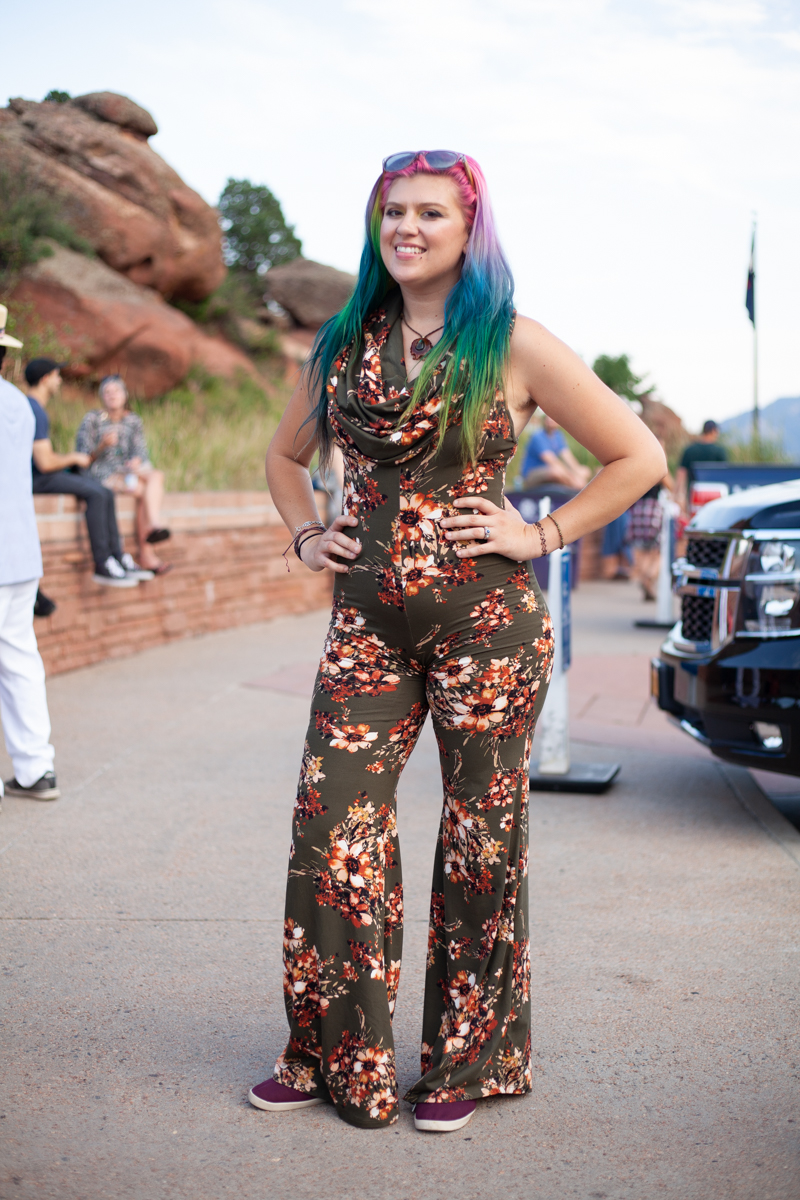 Kayd Price wore a jumpsuit from Warrior Within Designs by artist, Jenn Jenn. 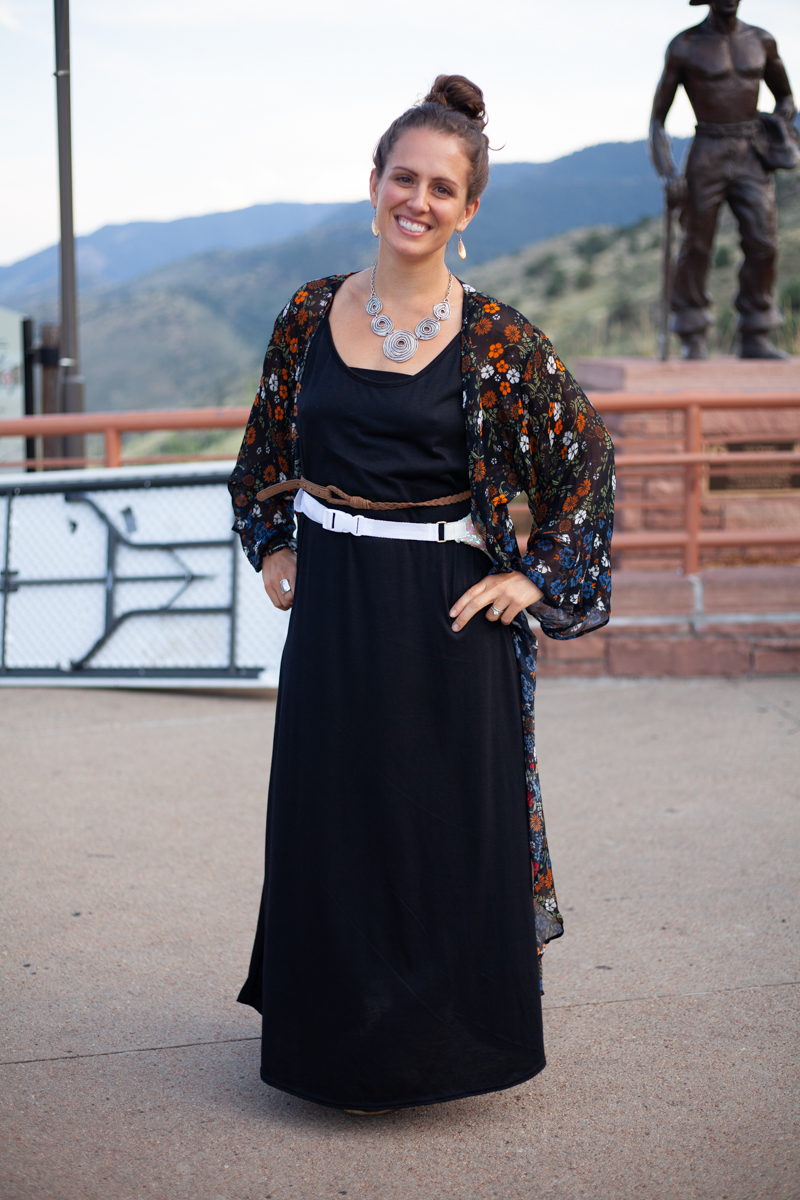 Laura Sabourin loves Anthropology-inspired, comfy clothes. She paired her black dress and floral shawl with a necklace that was a gift from her husband. 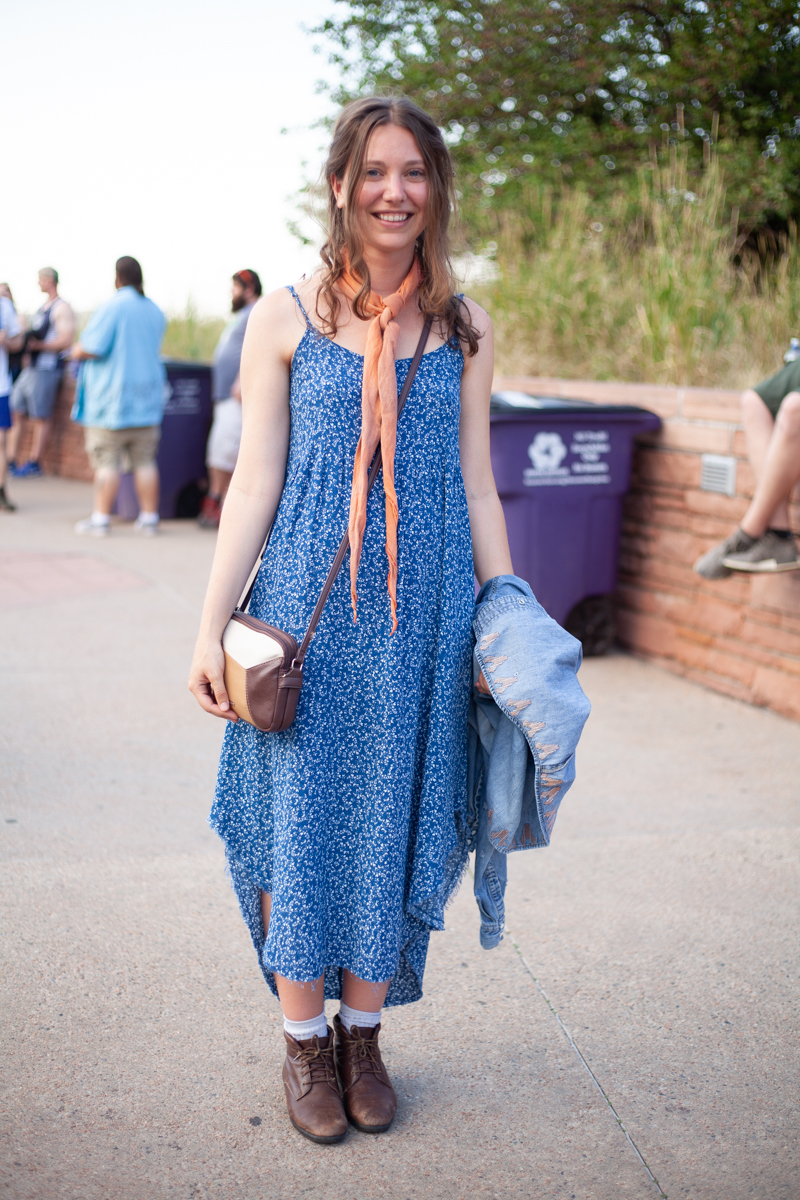 Charlotte Lucke wore a dress from Target and a scarf that was a gift from her dad from a vacation in Chile.

All Photography by Zena Ballas