“How we do it is different from everybody else — we do individual lessons, we only teach like five instruments and we put the kids in a band and that’s really the key to the whole thing,” Johnson explained. “Learning how to play with other people. It’s an entirely different skill set from just learning how to play an instrument. All our regular students who are here to learn are all in bands and playing clubs as part of their instruction here. It’s very hands-on, our students will play at Soiled Dove Underground, Herman’s Hideaway, The Walnut Room, Three Kings Tavern, Stoney’s, all these regular rock clubs and that’s where the students play several times a year,” said Johnson.

He also added that what makes School of Rock unique is the staff are professional musicians. “They play in bands, they play in clubs, they tour and they record, which really gives our students that first-hand experience. What we want to see our students to do is be equipped to, you know, do whatever they want musically. We are able to help them get into music programs at a school where they can learn the business at an even deeper level than we show them, prepare them to learn about recording and engineering and management and all the other things you really need to have to truly be successful and make a living playing music.” 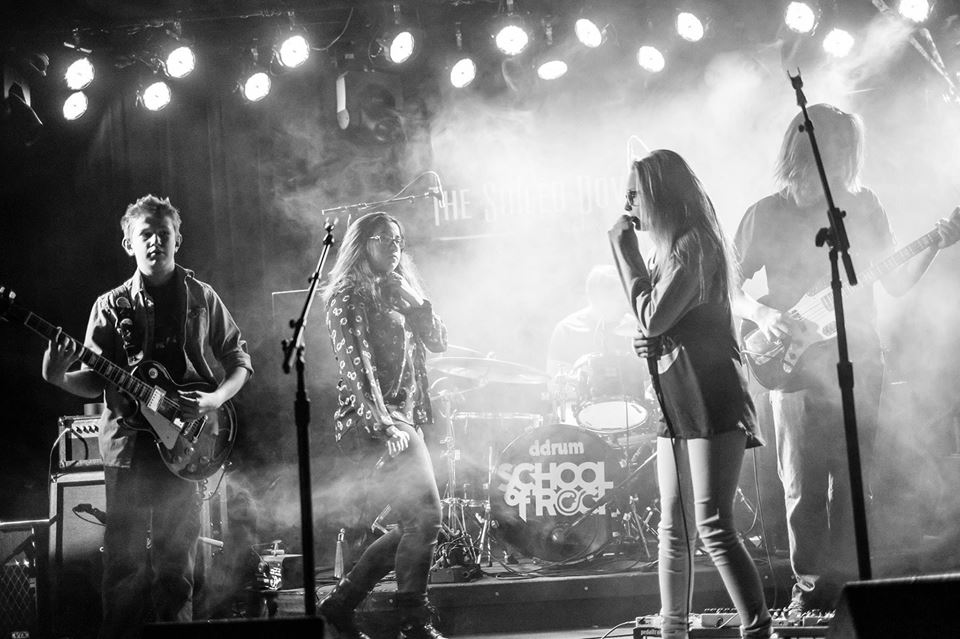 Photo courtesy of School of Rock Denver on Facebook

“I love taking lessons and performing with The School of Rock,” said Ben Maillaro. “I’ve been taking lessons for four years and in those four years I’ve gone from some kid who can barely play a full-length song, to some kid who can play through a two-hour set.” Maillaro added that “the showcase last night was a great example of how School of Rock isn’t only a musical experience, but a social one too. Backstage kids from all five schools were singing together, talking to each other, even competing in some old school fighting video games.”

The School of Rock Showcase far exceeded my expectations. Consisting of the best students in each school including The Denver School of Rock, Littleton, Aurora, Broomfield and Boulder, it didn’t feel like a kids show. The students are truly professional and “play (music) better than he can,” Johnson joked before introducing the bands. After listening to the first few songs I realized he wasn’t kidding.

The show was all ages — a nice, family-friendly atmosphere — with a perfect lawn seating. The rain stopped right before doors opened, making it beautiful weather for the show. There were some amazing food vendors, including a Cajun vendor with some of the most delicious fries I’ve ever eaten. These “poutine” fries were covered in beef gravy and large squares of white cheddar cheese. They also had drinks available and did offer alcoholic beverages to those of age. 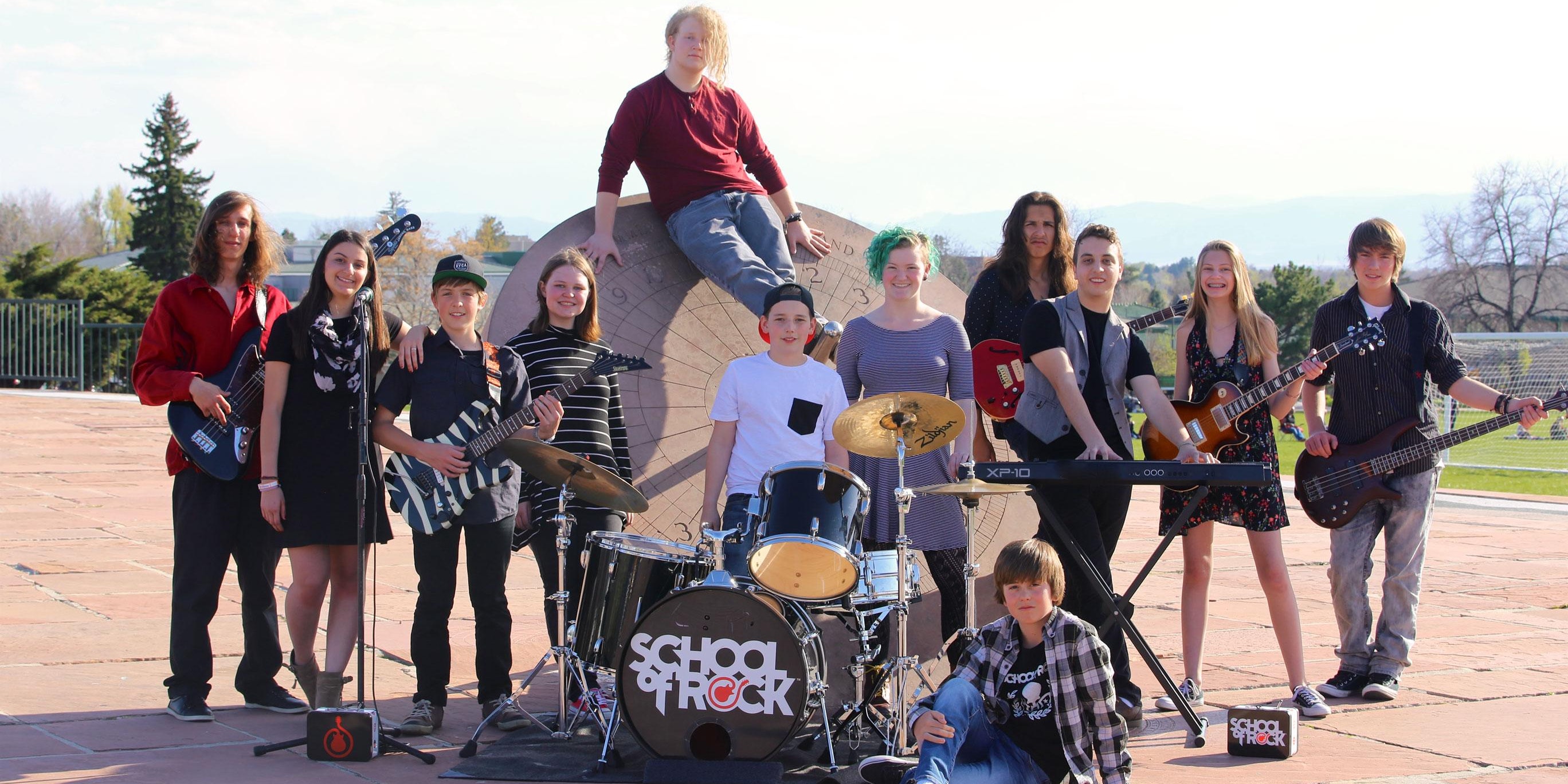 The crowd was full of happy faces, most of them proud parents there to watch their kids do what they love and rock the stage! I was impressed with the variety of rock played, anything from classic rock, like The Who, to alternative such as Jimmy Eat World, to reggae and hard-core rock. The School of Rock Denver opened their set with Bob Marley’s “Could You Be Loved,” sang beautifully by Holly V. and even “Schism” by Tool and ending the show with “Bull on Parade,” by Rage Against the Machine. Other members of the School of Rock Denver included Allie R. on guitar, Nate T., drums, Nathan W., keys and Jake D. on bass.

The local schools will be playing at Red Rocks Amphitheatre on July 23 for Film on the Rocks and will be joined by The Allstar Cast, which is the touring group of the School of Rock’s top 150 students who are picked in a worldwide competition. This is just one of the many shows that Levitt Pavilion will be doing all summer. Be sure to check out their full lineup of free shows this summer.