Just Announced in Denver – Nicki Minaj and Future, Plus a Second Drake Show

It’s a good day for Denver concert announcements. Last month, Denver’s Pepsi Center announced that Drake and Migos are coming to Denver on the “Aubrey & The Three Amigos Tour.” The show is scheduled for July 28, and most of the good seating has sold out. But fear, not Denver — a second night has been added on July 29. In addition, Nicki Minaj announced a Pepsi Center show on November 6 with Future.

After coming to the Mile High City on his last two tours, OVO returns this summer. Set for July 28, the “Aubrey & The Three Amigos Tour” also brings rap heavyweights Migos to the Pepsi Center for a can’t-miss show. This is especially true since Drake has teased an album drop just a month before he’s set to appear in Denver. Reportedly titled Scorpion, the Canadian singer made the album announcement during a surprise appearance at a Majid Jordan concert in his hometown. And if the new release is anything like his past material, we’ll see chart-toppers in the future. The rapper has the most charted songs among solo artists in the history of the Billboard Hot 100, the most simultaneously charted Hot 100 songs in a single week and the most time on the Hot 100’s. He also has the most number one singles on the Hot Rap Songs, Hot R&B/Hip-Hop Airplay and Rhythmic Charts. Drake has won three Juno Awards, six American Music Award and is one of the best-selling rappers of the 21st century, with 86-million estimated global sales. And if that weren’t enough, he’s also landed three Grammys. 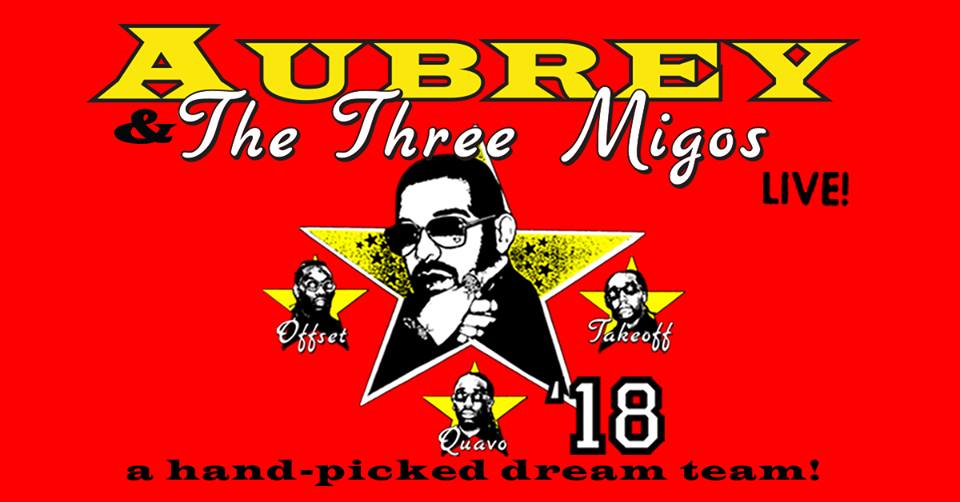 Alongside Drake, frequent collaborators Future and Nicki Minaj have announced their own Pepsi Center date. Crash landing for the NICKIHNDRXX Tour on November 6, Minaj will be promoting her upcoming album Queen and with Future’s sheer work ethic it wouldn’t be remiss to expect new material from him as well on the joint tour. Minaj’s last appearance in the Mile High City was in 2015 as part of the Pinkprint Tour, while Future will be coming off the back of a performance at this year’s Global Dance Festival in July.