It would appear that Brazilian Girls have an extremely healthy long-distance relationship. After a decade hiatus, Brazilian Girls put out their first album since 2008 last month, titled Let’s Make Love — a sentiment everyone at the Bluebird show last night was glad to subscribe to.

Brazilian Girls first cut their teeth in New York’s East Village club Nublu, playing sweaty and intimate shows during the early 2000’s for hip and excitable crowds. Despite all the time that’s passed since those days, their performance last night was quite reminiscent of a club show. Their Denver stop was one of only five US tour dates, which made the event even more thrilling.

“Right now Let’s Make Love seems like a very good message to put into the world. It’s not even ‘Make love, not war’—it’s just ‘Make love,’ and nothing else.” -Sabina Sciubba

Sciubba was extremely engaging with the audience, asking for requests, accepting offerings of joints and passing them around to the band, bringing up audience members to dance on stage and warmly making jokes and small talk between songs in her muddled, dreamy accent that reflects a woman fluent in six languages. Her ability to go back and forth between languages while singing makes her a dynamic performer.

Sciubba’s tone and range is reminiscent of Nico, while the band’s music blends the likes of Thievery Corporation and LCD Soundsystem. But it isn’t really fair to compare Brazilian Girls to other bands in the electro-dance music genre — they’re uniquely themselves and came of age in the same scene and the same time frame as those other bands. When they played their beloved track “Pussy,” it filled me with the same college-aged nostalgia that LCD’s “Daft Punk Is Playing In My House” or Thievery’s “Lebanese Blonde” might.

Brazilian Girl’s dreamy music blends ethereal vocals with a sort of electro-New Wave fusion, peppered with elements of disco and punk beats for good measure. Didi Gutman’s high energy keyboard playing is often much more melodic than your average electro-dance band’s, while Aaron Johnston’s drums (Note: Johnston was recently on tour with David Byrne) and Jesse Murphy’s bass pounds out the rhythm, setting the pace for the dance floor. 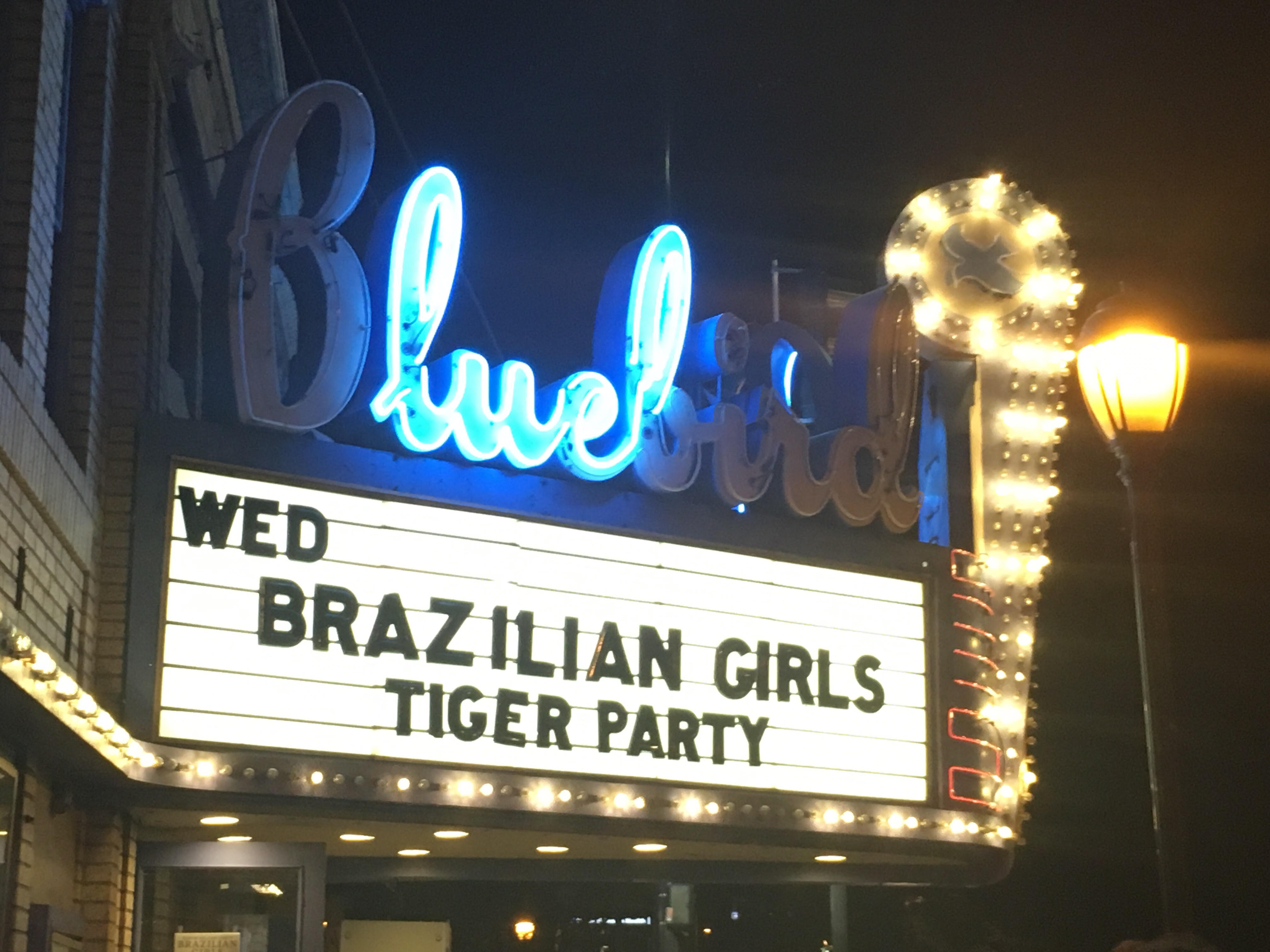 Sciubba — who’s signature wild, thick hair hangs over her face, giving her a brazen “gives no fucks” appearance — is also known for her avant-garde fashion. Last night, when she took the stage in a simple long blazer and white slacks (accented with amazing gold platform sandals), I thought to myself, “Ah, well motherhood looks good on her.”

“…as a young girl you feel this need to be nice and polite, even in the form of creating. And then as you get older you just want to get straight to the point—you don’t want any bullshit. There’s a need to be more authentic.” -Sabina Sciubba

But after a few songs, the lights went down and the pants lit up. The crowd went wild. She sang the rest of the show with her white slacks twinkling from red and purple to blue and green, occasionally fiddling in her pocket to change the settings. It would be an understatement to say the pants stole the show.