Boulder to Open its First Ever Slackline Park

With more than 60 parks in a roughly 25-square-mile radius, Boulder fits the bill as the perfect setting for any park-related activity. On any given day, you might see barbecues, picnics, sports games, celebrations, workouts and all sorts of other outdoor activities at one of these parks. But until last year, slacklining was outlawed at all of the parks in Boulder. This came as a surprise to many Boulder residents when their slacklining sessions were cut short or prevented in the first place by the city — mainly because improper slacklining etiquette was ruining the precious trees.

Slacklining, for those who are not in-the-know, is basically a tightrope walk, except the tightrope is a flat strip of webbing rather than a wire or rope. Typically, the slackline hangs between two trees, anchored by ratchets. Depending on the skill level, core strength and ballsiness of an individual, the tautness of the slackline ranges from bouncy (like a trampoline) to solid (like a balance beam).

Even though it falls into the category of a “recreational” activity, slacklining has attracted local, national and international attention in recent years from a few different sources. At the 2016 Rio Olympics, Giovanni Petrucci outperformed the actual Olympic athletes, at least according to a New York Times writer, who found her slackline performance on a nearby beach mesmerizing. Petrucci is a world champion slackliner — and yes, that’s a thing.

Other feats from the slacklining world — like the skier at Arapahoe Basin last year who saved another man due to his slacklining abilities — have garnered attention from the press, and therefore the world. But originally, it started as a hobby for climbers — something to do on their day off from climbing walls or boulders. It rested their forearms, fingers and back muscles while still activating core strength and balance that is essential to climbing of any type. Which is why slacklining has become so damn popular in Boulder — the Front Range’s climbing heaven.

So, much to the excitement of the well-established slackline (and climbing) community in Boulder, on February 8, 2017, the city announced they would allow slacklining in eight designated parks and on designated trees as long as participants also followed a laundry list of rules. The rules are reasonable — if a little lengthy. They include using tree protection when attaching slacklines, staying below a certain height, and not performing tricks or stunts. Admiral Arleigh A. Burke Park, Beach Park, Bear Creek Park, Howard Heuston Park, Marin Park, Melody Park and North Boulder Park all made the initial list. Luckily, the parks are not concentrated in one area of Boulder, but rather healthily dispersed from north to south. 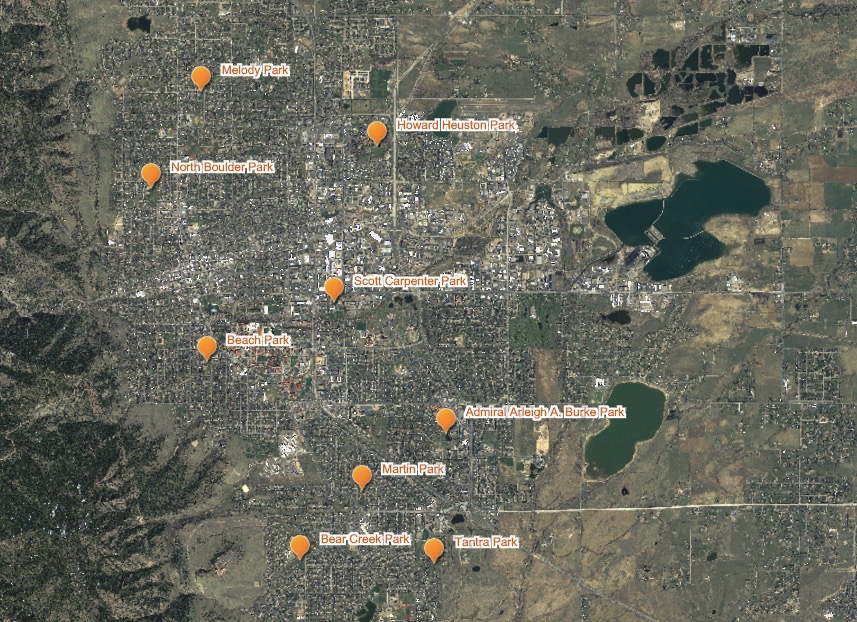 The Boulder parks that are allowed to slackline in.

Now, just over a year after the “decriminalization” of slacklining in the liberal city, Tantra Park will receive a makeover to become the first ever dedicated slackline park in Boulder. With four permanent posts that can accommodate up to five slacklines with a length between 24 and 100 feet, the park is sure to serve as a gathering spot for avid participants of the sport (and perhaps some onlookers, too).

“We’re thrilled to see Boulder join the many other communities around the country that have welcomed slackline courses in public parks,” said Frankie Najera, marketing and events director at Boulder-based Slackline Industries. 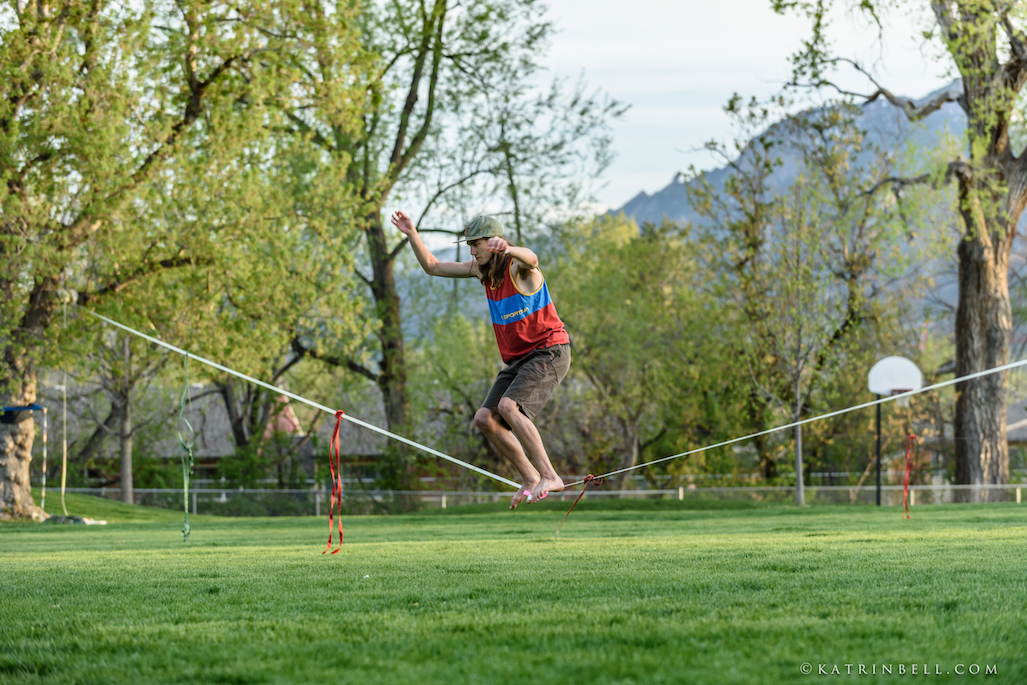 On May 4, 2018, the “Slack Park” will have an opening celebration, hosted by the City of Boulder and Slackline Industries — a Boulder-based company who makes slacklines and teaches the sport as well. From 5 to 6:30 p.m., a handful of Slackline Industries’ professionals will demonstrate what’s possible on a slackline and help newcomers “find their balance.”