The esteemed astrophysicist is coming to Denver to talk fact and fiction in regard to all of your favorite movies.

It’s no surprise that Hollywood isn’t always a prime source for scientific accuracy. From the outer space explosions in Star Wars to gravity on Mars in Martian, many of the cinema’s best miss the mark when it comes to reality. Neil DeGrasse Tyson is coming to Denver to review all of the science that our favorite movies got wrong and some of what they got right. Tyson has earned his fair share of academic and scientific credibility. From earning a BA in physics from Harvard and a Ph.D. in Astrophysics from Columbia, Tyson’s academic achievements eventually brought him to the White House, twice. Once in 2001 as one member on a 12-person commision established to study the future of the US aerospace industry and again in 2004 as one member of a nine-person commision for the implementation of the US space exploration policy. Dr. Tyson has written 13 books including his memoir, The Sky is Not the Limit: Adventures of an Urban Astrophysicist, and served as executive editor and host for Cosmos — an Emmy, Peabody and Critics Choice award-winning series.

Cosmos, a follow-up to the 1980 television series Cosmos: A Personal Voyage, which was originally presented by Carl Sagan on the Public Broadcasting Service, has been watched by at least 400 million people across 60 different countries.

He’s received the distinguished public service medal, the highest award given by NASA to a non-governmental citizen and now, he’s coming to Denver to discuss talk science and cinema. This once in a lifetime opportunity will take place at the Bellco Theatre, Monday, October 15 from 7:30 to 10:30 p.m. Tickets for the event go on sale tomorrow at 10 a.m. here. 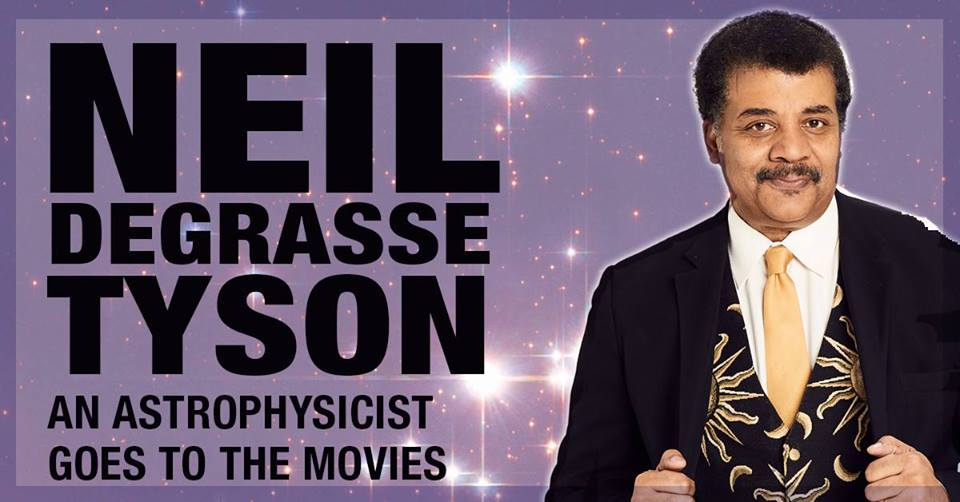