There are a lot of great reasons to go out in Denver and drink beer. This Tuesday, you can add supporting women to that list. The Pink Boots Society recently brewed an Equal Hopportunity Pineapple IPA that will hit taprooms across the state to support women in the beer industry on Tuesday, April 10.

If you haven’t heard of the Pink Boots Society, their mission is to assist, inspire and encourage women beer industry professionals to advance their careers through education. The group includes over 2,500 members, 60 chapters and can be found around the globe. Just how will drinking this beer assist those women? The beer is being donated to 12 local businesses with the requirement that the business makes a donation back to the society with the profits made from that beer. 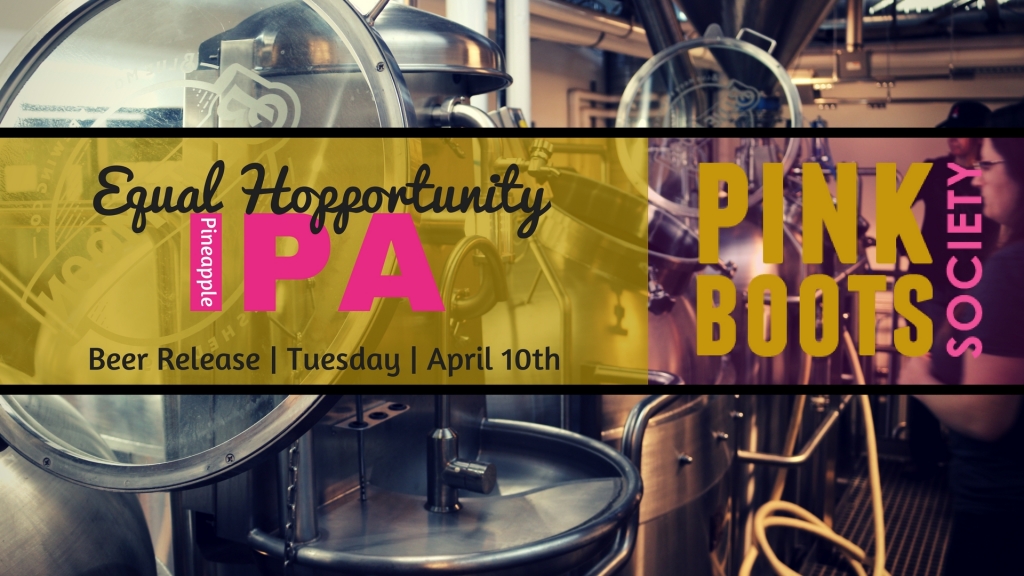 The beer is considered a fruited IPA and has a malt bill which includes pale, wheat, Munich and slightly lactic malt. In addition, there is a special Pink Boots blend of hops which includes Palisade, Simcoe, Mosaic, Citra and Loral hops. The yeast for this collaboration brew was donated by Inland Island Yeast.

On Tuesday, April 10, there will be a small release party hosted by Blue Moon Brewing Company starting at 6 p.m. If you can’t make the release there are plenty of other locations where you can support women in beer. Look for the Equal Hopportunity Pineapple IPA at breweries such Dry Dock Brewing Company, Great Divide Brewing Company, Woods Boss Brewing, Launch Pad Brewery and Eddyline Brewing Company. A full list of the participating locations can be found here.

This Tuesday you can go out, enjoy and a beer while knowing that your purchase is supporting a great cause. More women in the beer industry will lead to the expansion of not only beer provided locally and abroad but who knows what kind of creative takes these women will provide once given the education in addition to the opportunity.