It’s rare for one to attend a concert and give any attention to the background vocals. Sure, the voices add depth and unique harmonization, but if anything, it’s an accessory to a song and the artist performing. It’s rare for the background vocalists to captivate the audience. But Thirdstory is different. Hailing from New York City, the soul-folk-pop group — comprised of members Elliott Skinner, Richard Saunders and Ben Lusher — were the background singers for Chance the Rapper on his 2017 spring tour. If you attended his Red Rocks shows, you may have noticed the guys jamming in the back.

But long before their time with Chance, the three-member band was on YouTube covering contemporary pop songs to viewers of 2.9 million. It was their cover of Sam Smith’s “I’m Not the Only One” that caught the attention of Smith’s people and kickstarted their journey. From there, they opened for Grammy-nominee Tori Kelly on her “Unbreakable Tour,” released a three-song EP and toured with Chance. Now, the guys are headlining their own tour in support of their debut album, Cold Heart produced by Grammy-winner Malay (Frank Ocean, Zayn, Sam Smith).

303 Magazine chatted with them about their creative process, the lessons they learned while on tour with Chance the Rapper and what they’re looking forward to most on their Denver stop.

Elliott Skinner: It’s going pretty well. We’re five shows in and pretty much every show has been pretty fun. Every crowd has been energetic and super responsive. This is kind of the first time we’ve been playing a lot of these [new] songs for people, so it’s really cool just getting to experience the show in a different way after the product is out.

303: Your first tour was opening for Tori Kelly. What were some things that you learned while on tour with her?

Richard Saunders: She basically taught us how to tour. She is really good at keeping up her health while touring and she killed it absolutely every night. So that was really cool to watch and just see how she keeps herself going — even on a six week run of going across the country and singing for that many cities.

303: Do you guys have any pre-show rituals that you do?

Ben Lusher: I think it’s different for all of us. I tend to have a lot of energy before shows and kind of have to bring it down a little bit before we get on stage and then Richard likes to be the opposite and chill out before shows and meditate.

303: What is kind of a creative process behind the song for you guys? How do you play around with harmonizing and figuring out who’s singing what and when?

BL: In the beginning — especially — it would almost always start with melodies. We like to think “melody first” in our writing and arranging. We’ll [sometimes] write to beats that producers send us. But generally, once we have a lot of the melodies written, we’ll kind of try and see where it fits in [with] each other’s voices and figure out moments to add harmonies and expand upon a melody. It’s a really organic process. Each song kind of unfolds differently. We kind of have genre A.D.D.

ES: A lot of it depends on the song. It depends on what energy that, that song is giving us after we spent time together. Then we get to a certain place, and it’s “Oh, these lyrics relate to one of us more — this melody is in our range more.” It kind of gets divvied up after that. It’s super collaborative.

303: What was the most challenging song on the record for you guys?

RS: I might say “Goodbye My Friend” because that was actually the first song that we recorded with Malay and at first, it was very bright and up-tempo — almost happy sounding. Eventually, we started doing some revisions to the lyrics and realized this is definitely a sad song. And so we completely revamped the production to fit that mood more. [It] took a while to hit it on the nose.

303: What are your favorite songs on the record?

ES: Oh man, I think it’s different for all of us. For me it’s “Over (When We Said Goodbye)” — that was one of the first songs we wrote for the project. We wrote it in about a day, maybe. Sonically, it’s in a really soulful kind of groove place. And the song really hits me too. The lyrics are really personal.

RS: I think actually “Goodbye My Friend” is my favorite just because I love the chords and the atmosphere of the production.

303: You have your Denver show this Saturday. Is there anything you’re looking forward to?

ES: Yeah, we played a few shows [in Denver] and we went to Butcher’s Bistro — so bomb. We all talk about what great of a meal that was. It was such a memorable time.

303: Are you guys going to be going back there?

ES: Maybe if we have time, I don’t know what our schedule’s like for the surrounding days if you like, get in early or something, but hopefully. We’re big foodies.

303: Denver is a big foodie city. You’re coming to the right place.

ES: Yeah we’re super excited. We’ve been a few times before and have always loved playing [Denver] and experiencing the city.

303: Any surprises for the Denver concert?

ES: I think with each show there’s a little improvising on stage and kind of playing around with some song orders. Nothing planned yet. We’ll see what inspires.

ES: [Laughs] Right. Everyone will actually just be sitting down on the floor and we’ll give everyone small pieces of meat before the show.

303: Honestly, if you give people free food, they will love you forever.

303: Our Red Rocks season is almost here. Is that a venue that you guys will hopefully want to headline one day?

BL: We did two nights with Chance the Rapper at Red Rocks and that was so amazing. The energy at that venue is so special. The energy and the setting. You’re quite literally surrounded by rocks in nature and it sounds great. It’s a lot bigger than you even realize. It’s huge but you feel connected to the crowd. We would absolutely love to play there. 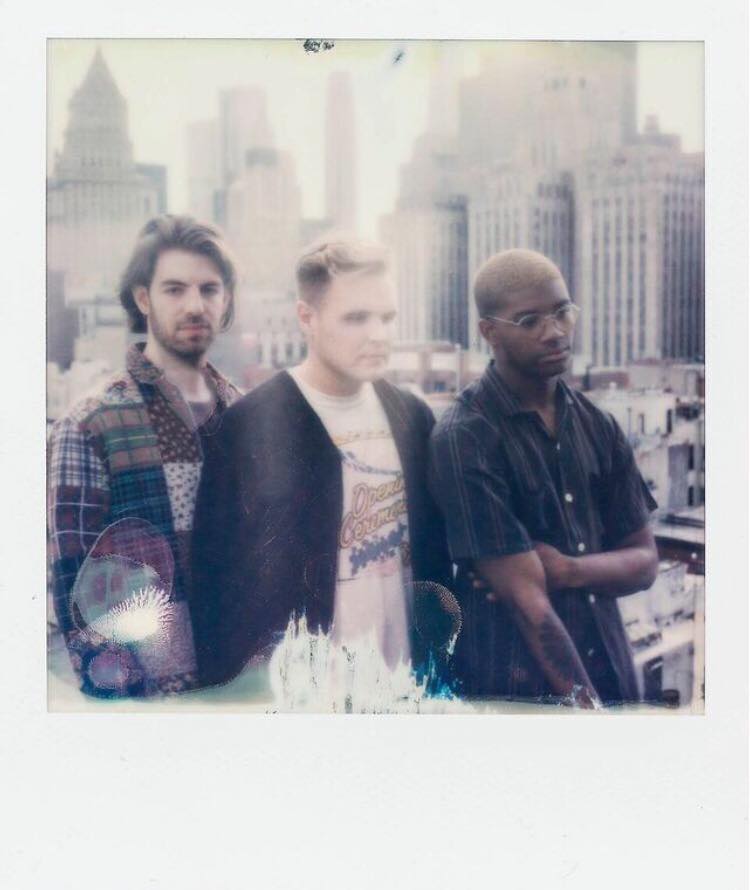 303: Speaking of Chance, how was touring with him? What was that whole experience like?

ES: We definitely learned a lot. You know, talking about our experience with Tori and our experience with Chance, I think with both of them were super different — different venues, different energy [and] different people. But I think with both of them it really was wrapped up in the people that were on the tour and the people that you’re going to spend two months with. It can really affect the show and how productive everything is. And I think in both those settings and definitely in this past year, it felt like we were like a part of a family by the end.

303: Any chance of a collaboration with Chance in the future?

BL: We’ve been in the studio quite a bit with Peter Cottontail who’s one of Chance’s close collaborators. We made a bunch of music with him. We were featured on the Christmas Project of Chance’s with Jeremih released a few months back. So I definitely think there’s some collaborating in the future.

Thirdstory’s haunting melodies and harmonizations, captivating lyrics and chill-inducing rifts create soulful arrangements throughout their entire album. The songs hold perfectly synchronized sounds while their unique blend of voices effortlessly compliments each other. All of this combined will produce a live show you will not want to miss.

Thirdstory is playing at the Marquis Theatre on Saturday, March 31. You can purchase tickets here.