A Look Inside of the Colorado Anime Fest

The Colorado Anime Fest made its way to Denver for the third year in a row. If you don’t know what an anime fest would entail, let us fill you in.

Almost 3,000 people attended the event over the weekend, all there to have a fun time in cosplay, see their favorite voice actors and directors, and attend more exciting panels. You could explore a Vendor’s Hall, Artists Alley, a rave and charity auction.

The Vendor’s Hall held a myriad of vendors booths, selling manga, Japanese candies and drinks, swords and kimonos, just to name a few. People flocked to the market to stock up on their favorite items and get things that they can’t usually find in stores around Denver.

The Artists Alley held booths of artists, showing off and selling their amazing works. Nancy, a local 3D animator, and graphic designer worked in the artist’s alley at Booth 10 and said her favorite thing about the fest was everyone enjoying themselves.

The rave that was held at the anime fest allowed people from all ages to dance all night long to music from DJ Kagamine, DJ Von Hutch and ZURC. The rave also paid tribute to the late DJ Ben Bullock.

Each year the Colorado Anime Fest chooses a charity or cause to raise funds. This year founders of the fest chose to support Youth on Record in honor of the late Ben Bullock, a founding staffer. His parents spoke at the opening on Friday. They raised funds by holding a booth in the vendor’s hall with items for purchase and open donations, raffles and a silent charity auction on Sunday.

This year the Colorado Anime Fest raised over $9,000 for Youth on Record, their highest record yet for funds raised for charity. 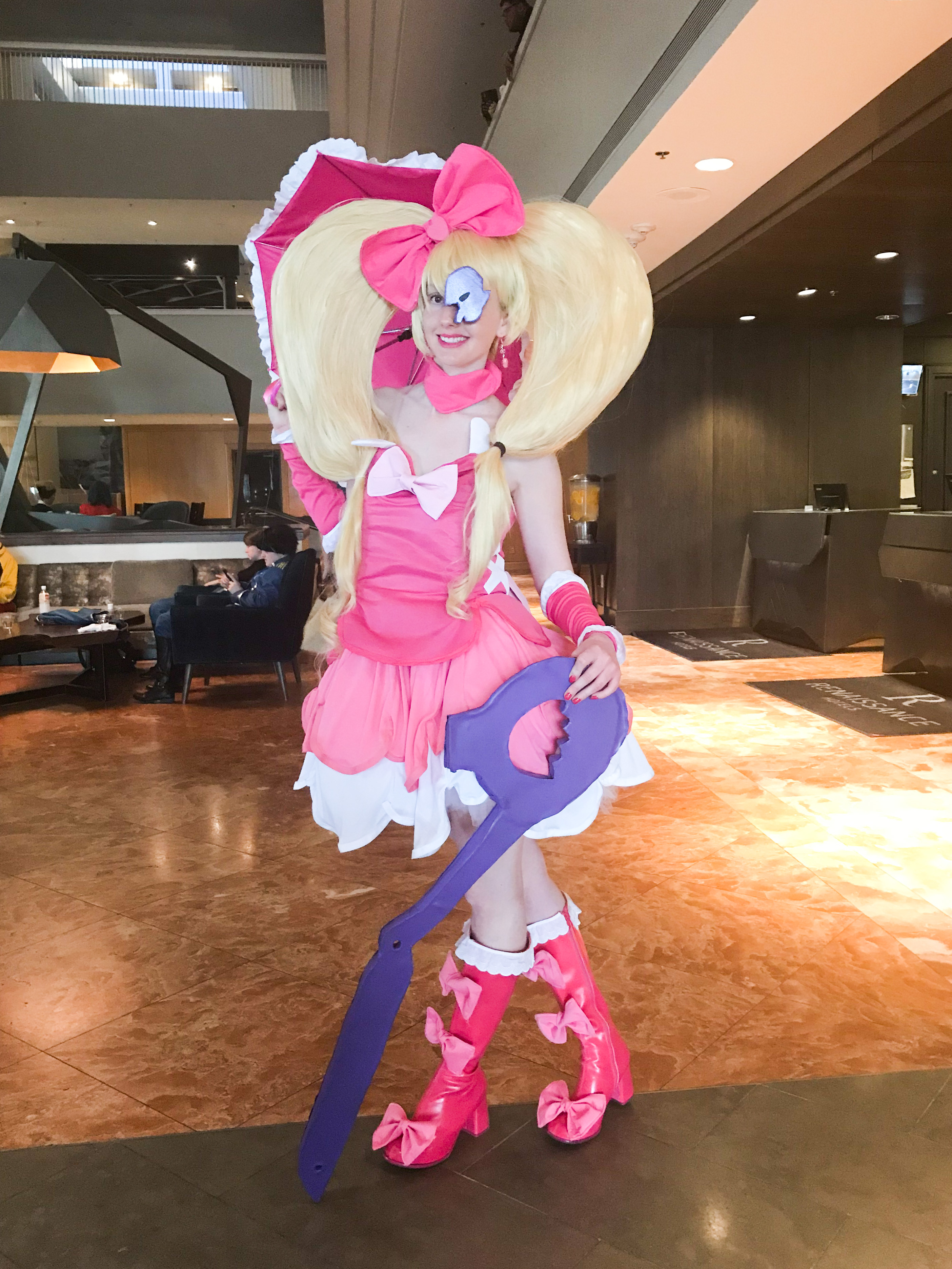 Special guests included Amanda C. Miller, the voice actor for Sailor Moon; Cassandra Lee Morris, the voice actor of Leafa from Sword Art Online; Kieran Strange and WE ARE THE CHAOS — an English singer/songwriter and her band. Erica Lindbeck, the voice actor of Mordred in Fade/Apocrypha and Barbie in multiple features, Dan Coglan “Samurai Dan” & Jillian Coglan (martial arts experts) and Greg Wicker the producer and host of games shows featured in anime fests across the US, all made appearances during the event.

Some of the panels included  “Women in Anime & Video Games” with Miller, Lindbeck, and Lee Morris that let the three women talk about their experience in the industry and how it is changing to be more inclusive. Miller stated,”The types of roles for women are narrow in games (and shows). It is getting better. Animation is changing and adding more roles. Adding more ethnicity.”

The Colorado Anime Fest and other anime conventions like it are known for embracing all types of people. As a result of this acceptance, many people from the LGBTQ+ community feel welcome at the conventions.

Strange — a singer/songwriter, who also happens to be trans — led a specific LGBTQ+ panel talking about the LGBTQ+ community within the anime community.

“What’s interesting is the convention scene and the LGBTQ are unlikely partners, but they are very likely partners at the same time. I mean it’s through a lot of anime and a lot of gaming that we, that a lot of us do discover our gender and sexuality.  I discovered that through really just identifying with male characters and writing fan-fiction and slash fiction, I think it’s really important for the community to continue being so accepting of the LGBTQ community because they meld so well. It’s a really safe space for you to just experiment with yourself.”

This rang true as, walking through the fest, you could see people from different genders cosplaying as another or even possibly expressing themselves as Furries (people who like to dress up as animals/creatures and identify as those animals).

A lot of the special guests had high reviews of the Colorado Anime Fest, despite the fact that it has only been running, for now, three years.

David Vincent, a voice actor and director and now the co-founder of Unlocked, an app specifically made for those involved in anime said, “the Colorado anime fest is a relatively new convention, but it’s put on by the people who know what they’re doing, they have a lot of experience combined in the convention industry and specifically in the anime convention industry.” He also stated that if you are nervous about the people — don’t be. “They’re just the nicest people you will meet on planet Earth. Everybody is here because we’re enjoying something that we will love. And we’re enjoying it together.”

Strange also noted that the Colorado Anime Fest was special because of the people who run it. “There’s a really cool vibe around Colorado Anime Fest that maybe not a lot of the attendees would know. A lot of their staff members, like their department heads, actually get flown in from other states.”

Not only did the special guests enjoy the fest, but so did the attendees.

Elizabeth from Illinois came dressed as Star Guardian Misfortune from League of Legends. “I’ve been going to conventions for a few years now. It’s a blast. I’ve never not had fun at a convention.”

Zach from Grand Junction, dressed as Kass from The Legend of Zelda: Breath of the Wild expressed his love of the fest saying, “I like it because it is a little smaller than the NDK Convention.” (The NDK or Nan Desu Kan Convention is the competing Anime Convention with the Colorado Anime Fest).

Jessica from Longmont joined Zach, dressed as a mystical type of furry, stated that she liked the anime fest because it gave her a chance to have fun and do something out of the ordinary. “I like to dress up and I like to explore the anime culture.”

A lot of people in Denver might be a bit turned off by the fest, but be assured that it is for everyone, not just lovers of anime.

Strange said it perfectly, “Even if you’re not an anime fan, don’t let the name put you off it. It’s all about every facet of nerdom. It’s not just anime. So come out and see what’s going on and you’ll probably see something you like. They have day passes, check one off next year and just come for a day. See if you like it. You will.”

If you want to check it out next year, the Colorado Anime Fest makes its fourth debut in Denver at the Denver Marriott Tech Center from April 19-21.

All photography by Jessica Engen.