Mollie Kathleen Gold Mine. Photo by Peter Ciro via Flickr.

9 Hidden Caves in Colorado You Need to Explore

We love waterfalls and mountain lakes, but have you ever hiked to a cave? Colorado is home to many caverns, grottos and the like, so make sure you check out these hidden caves and try spelunking. Beautiful year-round, the underground world of the Centennial State is sure to amaze you, so don’t forget to see what lies below your feet. Whether you are new to or experienced at cave exploring, make sure you bring required gear and check out these tips from the United States Forest Service and register before making your journey. 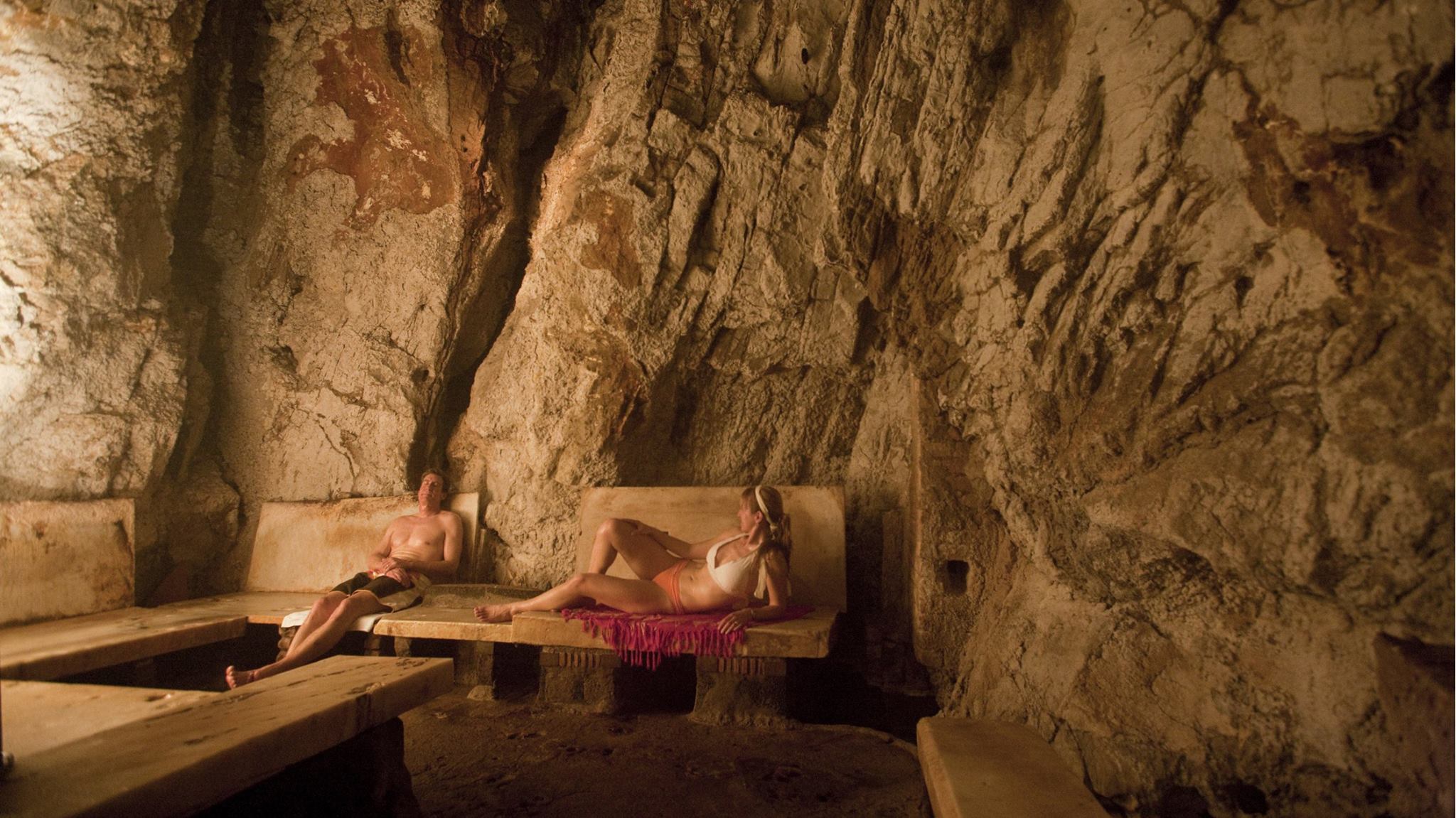 The Lowdown: The first on our list doesn’t require a hike at all since it’s a spa. Many tourists flock to the Glenwood Caverns Adventure Park and the hot springs for which the city is named, but the therapeutic Yampah Spa & Salon mix the two for a truly unique experience. Natural underground hot mineral water steam baths are at the bottom of a stairway and through a narrow corridor, and visitors will get to soak in the steam and enjoy temperatures of 110 to 112 degrees Fahrenheit. Afterward, you can cool down in colder water above ground. This is a rejuvenating cave experience for those looking to unwind. 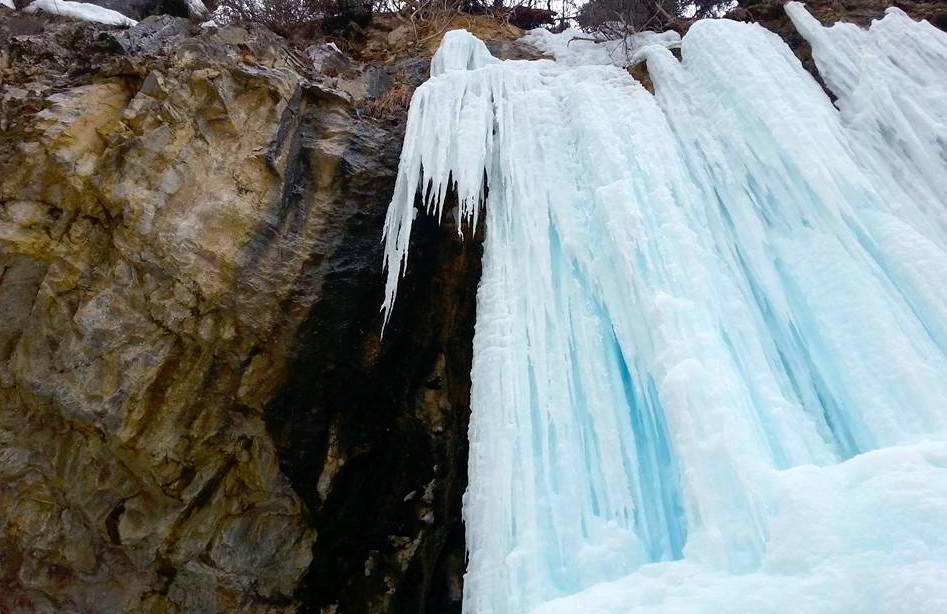 The Lowdown: Climbers rejoice. Rifle is home to what some say is the best limestone sport climbing in North America, and Rifle Mountain Park also takes the cake for spelunking too. With many small and large caves for exploring, Rifle Mountain Park also boasts bat caves and more. During winter months, you can also climb through ice caves that are created when waterfalls over the canyon walls, freezing and creating stunning ice formations and icicles. It’s truly a spectacle to see. 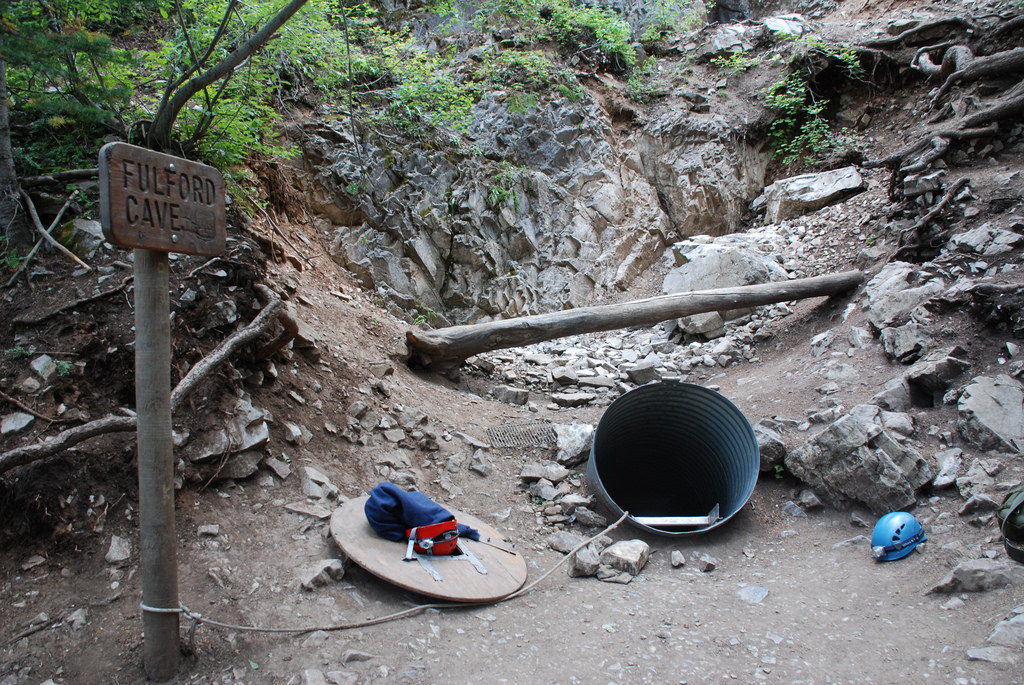 Where: 0.9-mile out and back trail near Eagle in White River National Forest
Difficulty: Easy with a moderate hike

The Lowdown: As a good beginner cave, Fulford Cave in Eagle County is a little cold and wet, so come prepared! At a consistent temperature of 42 degrees Fahrenheit, Fulford is a great place to cool down after a short hike during warmer months. If you’ve never gone spelunking, make sure you check this cave out. 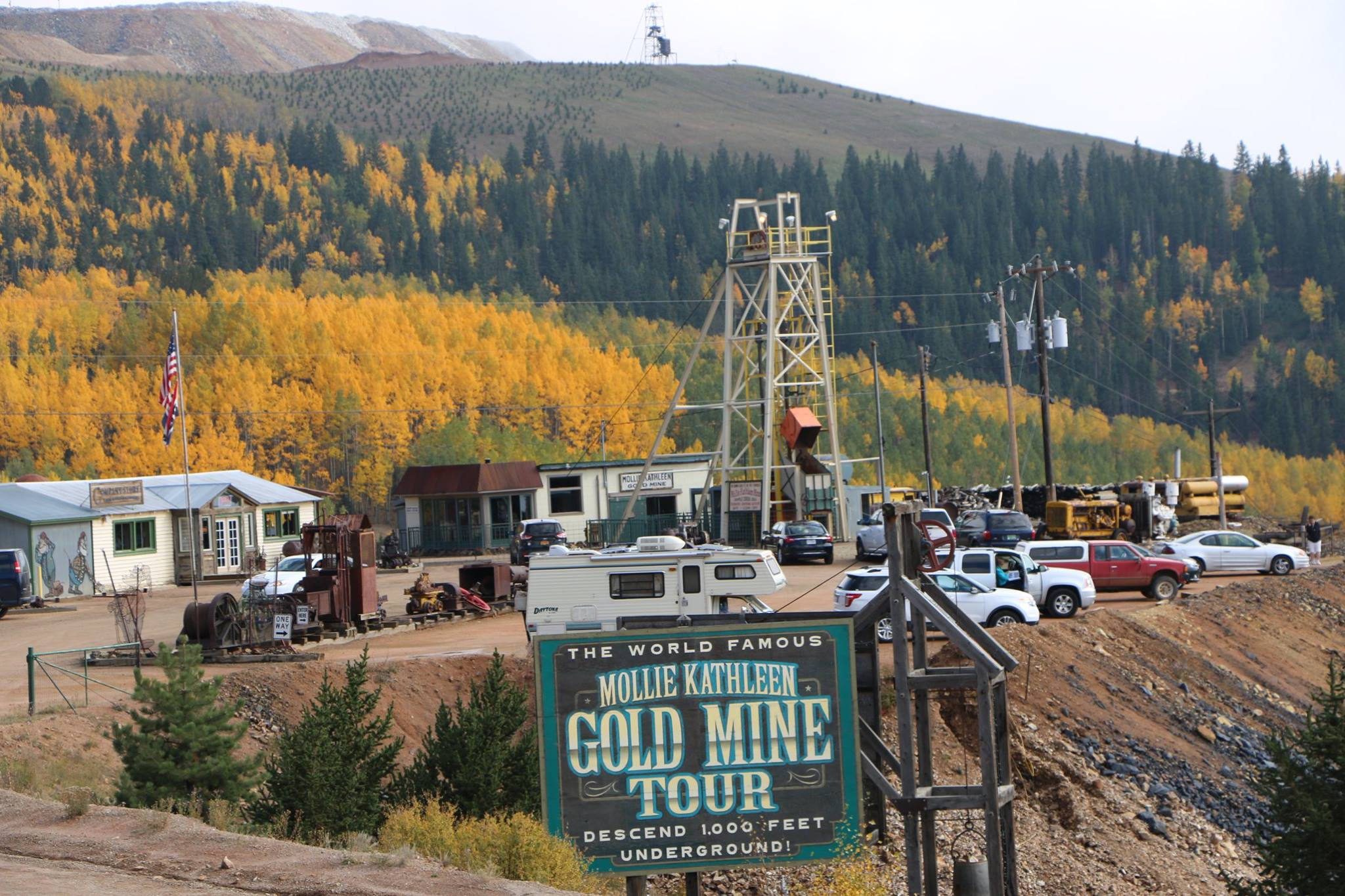 The Lowdown: The Mollie Kathleen Gold Mine located in Cripple Creek, Colorado might look like a tourist trap, but we ensure you this is the real deal in terms of cave exploration. With an old vertical mine shaft that descends 1,000 feet into the mountain, the Mollie Kathleen Gold Mine features a depth that’s almost as tall as the Empire State Building. Cave explorers of all ages can don hard hats and take the rattle cage elevator like miners used to for an underground adventure you’ll want to experience a second time. 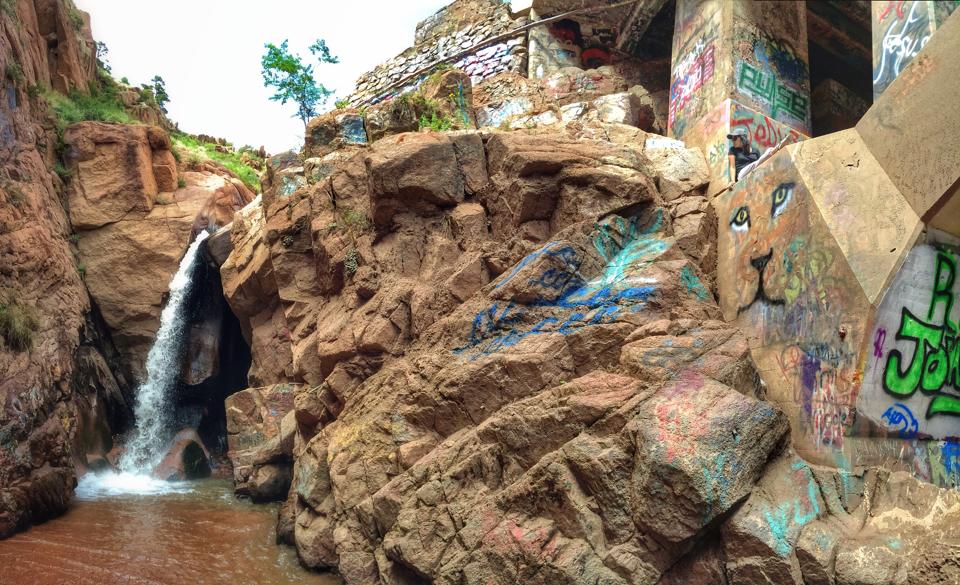 Where: 0.3-mile out and back trail near Manitou Springs in Rainbow Falls Recreation Area
Difficulty: Easy with a moderate hike

The Lowdown: Some people are mad that Rainbow Falls got a little extra “rainbow” from graffiti artists, but we still think this place is beautiful. A cascading waterfall surrounded by red rock formations that lead to caves is a beautiful Instagram shot you’ll want to show off to your friends. It’s not a trek to explore here, so you don’t have an excuse for not checking it out if you’re in the area. 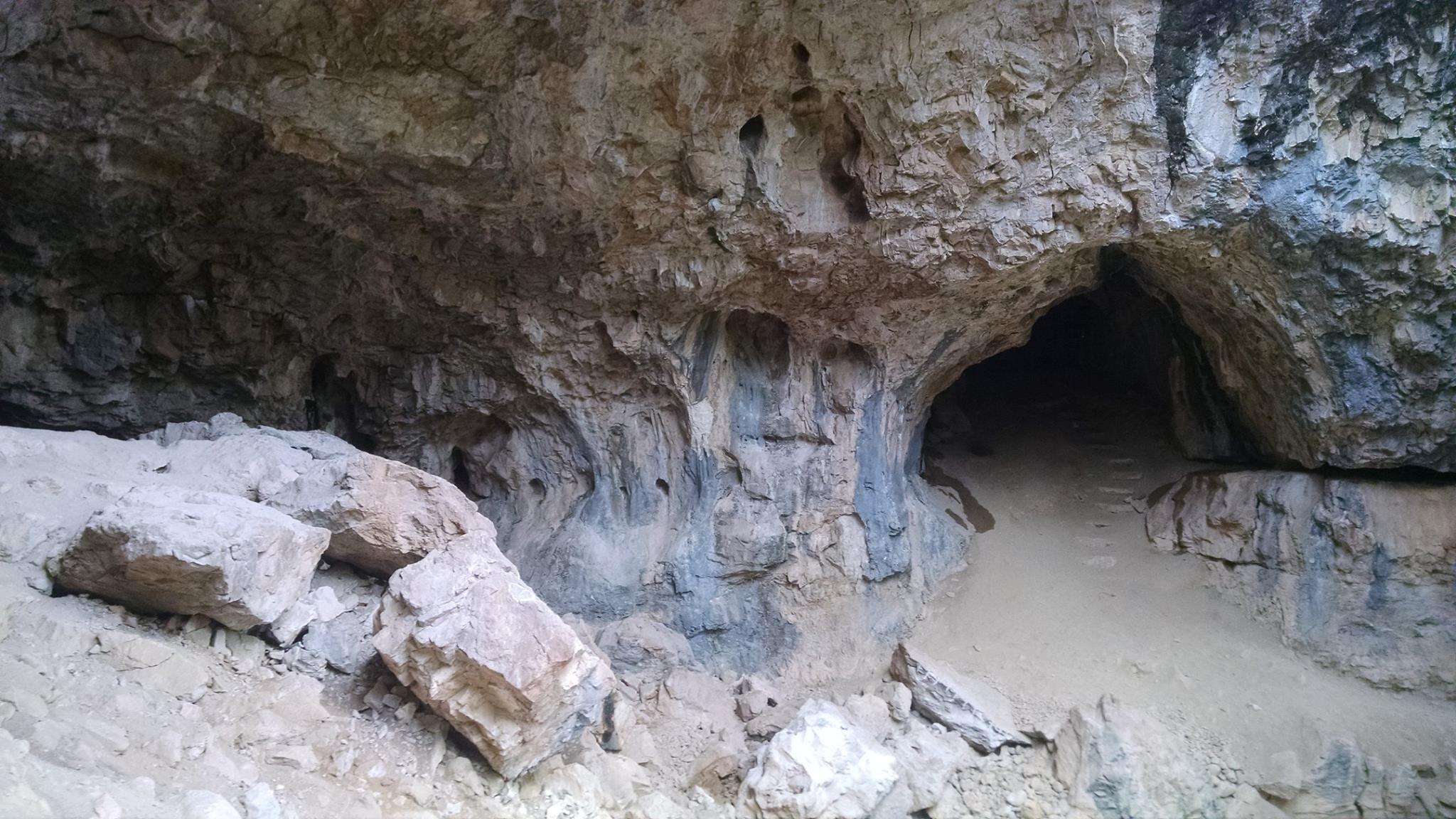 Where: 1.2-mile out and back trail near Meeker in White River National Forest
Difficulty: Hard with a moderate hike

The Lowdown: Take a short hike through blue spruce and aspen trees in this remote location near Meeker, and you’ll stumble upon Spring Cave — a location for more experienced spelunkers. Spring Cave is filled with tunnels and includes one of the largest waterways found underground in Colorado called Thunder Road.

The Lowdown: It’s definitely a trek to get out here, but once you do, Premonition Cave offers nearly two miles of passageways to cover — completely underground — for the adventurous spelunker. With chimneys and tight spaces to crawl through, Premonition Cave is a true undiscovered gem. We have a premonition you’ll love this one. Make sure you bring proper gear and a buddy. 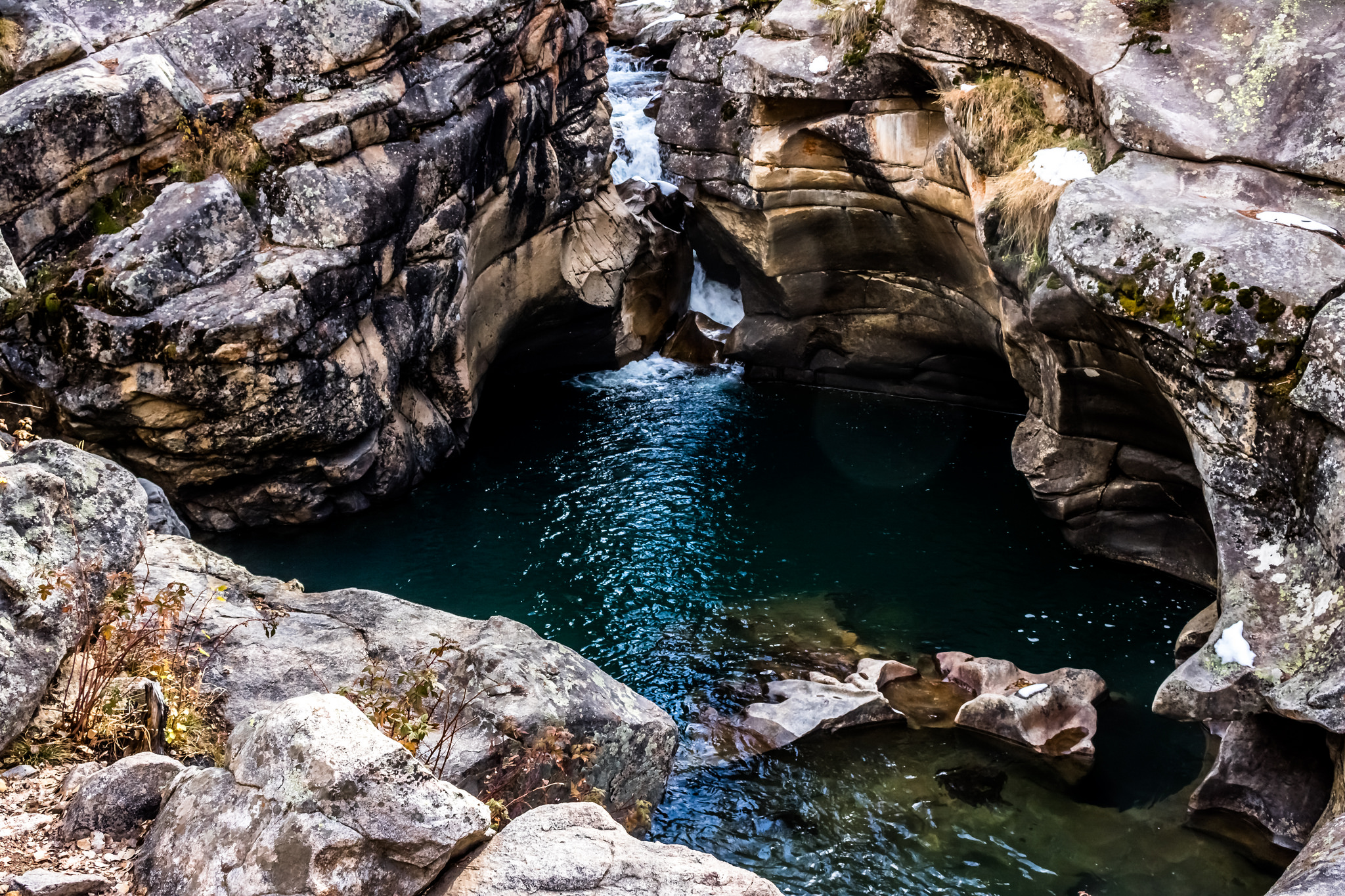 The Lowdown: You won’t find a cave entrance more beautiful than this. A short, easy hike near Aspen takes you to The Grottos, a picturesque location that promises rocky pools of water, cascading waterfalls and caves you can walk into that contain river water. Don’t try and swim in it though. The water is freezing. 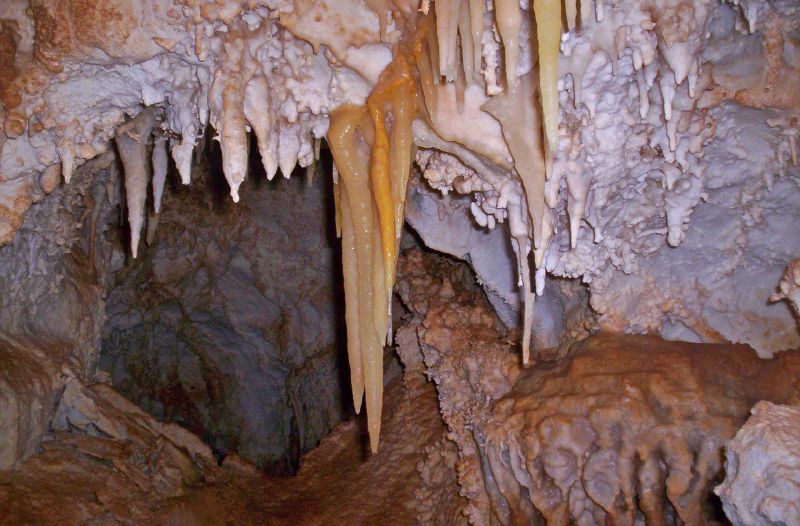 The Lowdown: Groaning Cave is the largest cave in Colorado with a length of nearly 12 miles, and it’s so remote we almost couldn’t write about it due to lack of information. This limestone canyon is beautiful and breathtaking, but only advanced spelunkers can enter it from April 16 through August 14 after they sign a waiver due to large bat colonies that live inside the cave during colder months. When you’re finally prepared, a trip to Groaning Cave is so worth it according to people that have gone. Go big or go home.