August 6 at Denver Performing Arts Complex is an ode to the angsty teen in us all. Taking Back Sunday and Coheed and Cambria will rock Sculpture Park this August as one stop on their 2018 summer tour. Taking Back Sunday’s seventh and latest studio album Tidal Wave topped charts in the U.S. and internationally. The Long Island Hailing band has performed on esteemed platforms such as The Tonight Show with Jay Leno, Jimmy Kimmel Live and Late Night with Conan O’Brien to name a few.

From touring with Linkin Park to My Chemical Romance and HIM, Taking Back Sunday has since their formation in 1999 rocked their way to the top of the alternative rock, punk charts. Being joined by progressive rock band Coheed and Cambria will certainly bring adolescent nostalgia to all in attendance. In addition, the bands will be joined by pop punk band The Story So Far. This California-based band has performed in Warped Tour, both in the U.S. and internationally and are in the process of recording their fourth studio album. They have been bringing a pop-punk sound to the music scene since 2007. Paired with the emo-rock and pop-rock sounds of both Taking Back Sunday and Coheed and Cambria, the show is sure to bring out the overly emotional teen in us all.

Doors open at 5 p.m., Monday, August 6. Pre-sale tickets for the summer show go on sale this Thursday at 10 a.m. here. 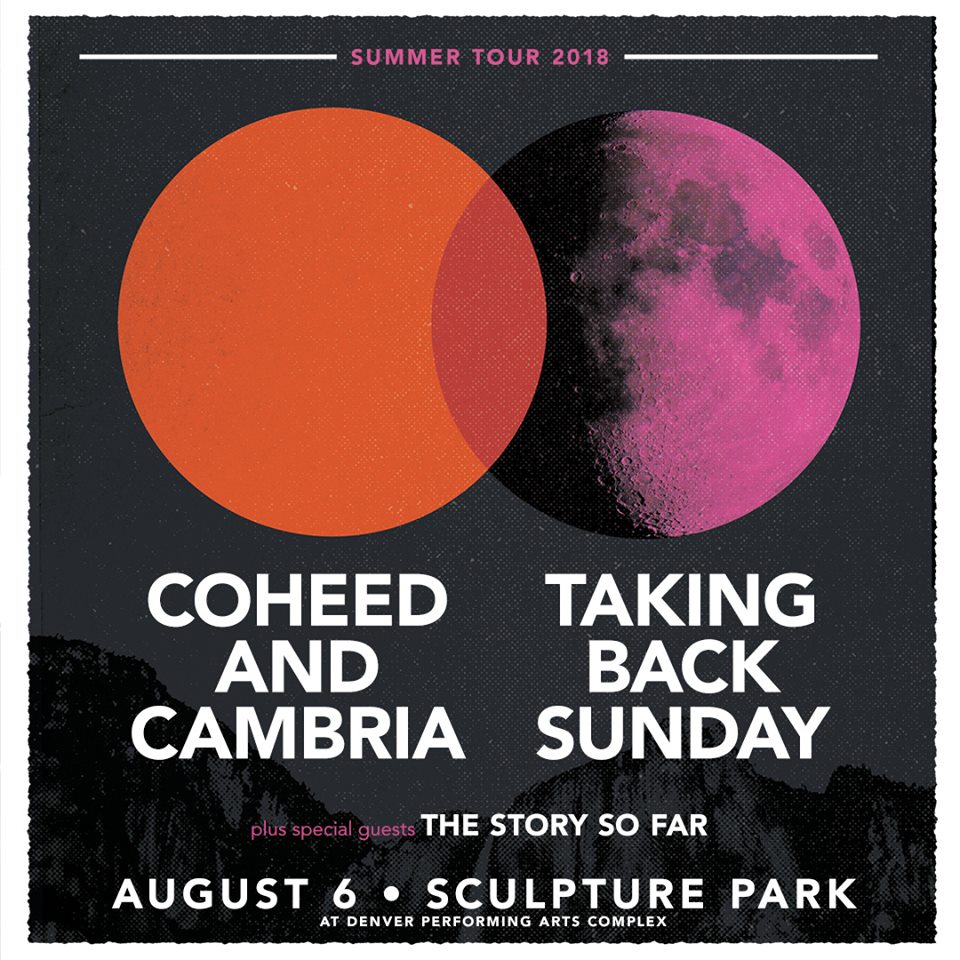