Review – Tyler, the Creator Recreated Himself At The Ogden

At one point in time, the name Tyler, the Creator was synonymous with shock art, aggression and myriad of other offensive things. Between threatening to stab Bruno Mars in his “goddamn esophagus,” stalking and masturbating to his crush and even going so far as to romanticize rape, Tyler, has made a name for himself pushing the envelope over soulful and often erratic beats. What was once a violent catharsis of words, has more or less mellowed out as the rapper has matured. Shows that used to instantly devolve into riots have softened into emotionally dynamic performances, perhaps a result of new perspective, or maybe Tyler just grew out of it. Regardless, stopping by the Ogden Theatre Wednesday night on the “Flower Boy Tour,” Tyler, the Creator successfully combined the brash and the beautiful together, offering his fans a consummate vision of who he is now. 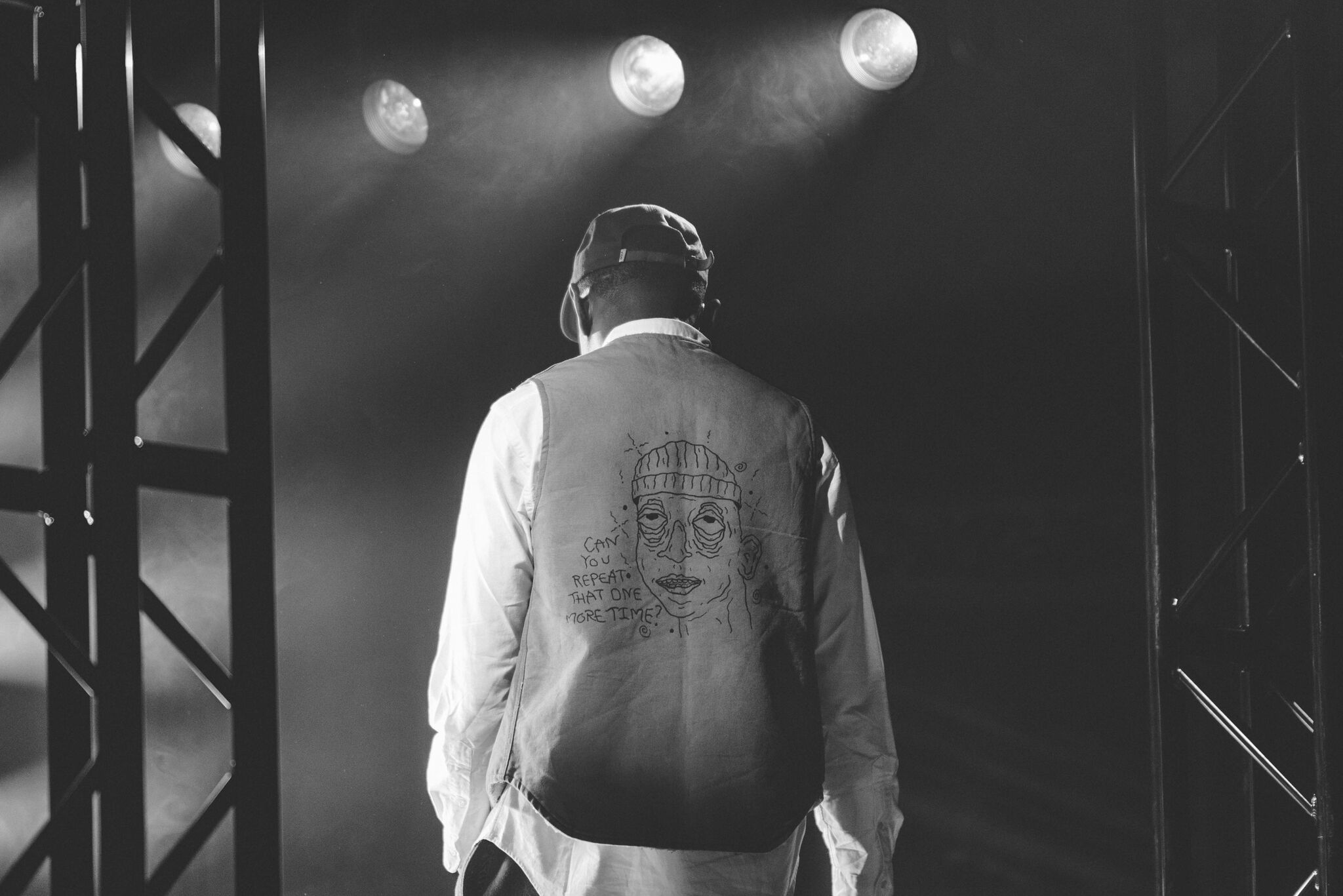 The crowd stood anxiously waiting before a gigantic black cube rising from the stage as King Krule played from the speakers. For what many originally anticipated being a very hype show, the music was melancholic and restrained, foreshadowing the performance to come. As the music faded and the lights dimmed, the stage crew pulled apart the black mass revealing a sea of blue light and Tyler wading in its center. Launching into “Where This Flower Blooms,” the crowd, transfixed with Tyler’s image yelled along to every word he rapped. 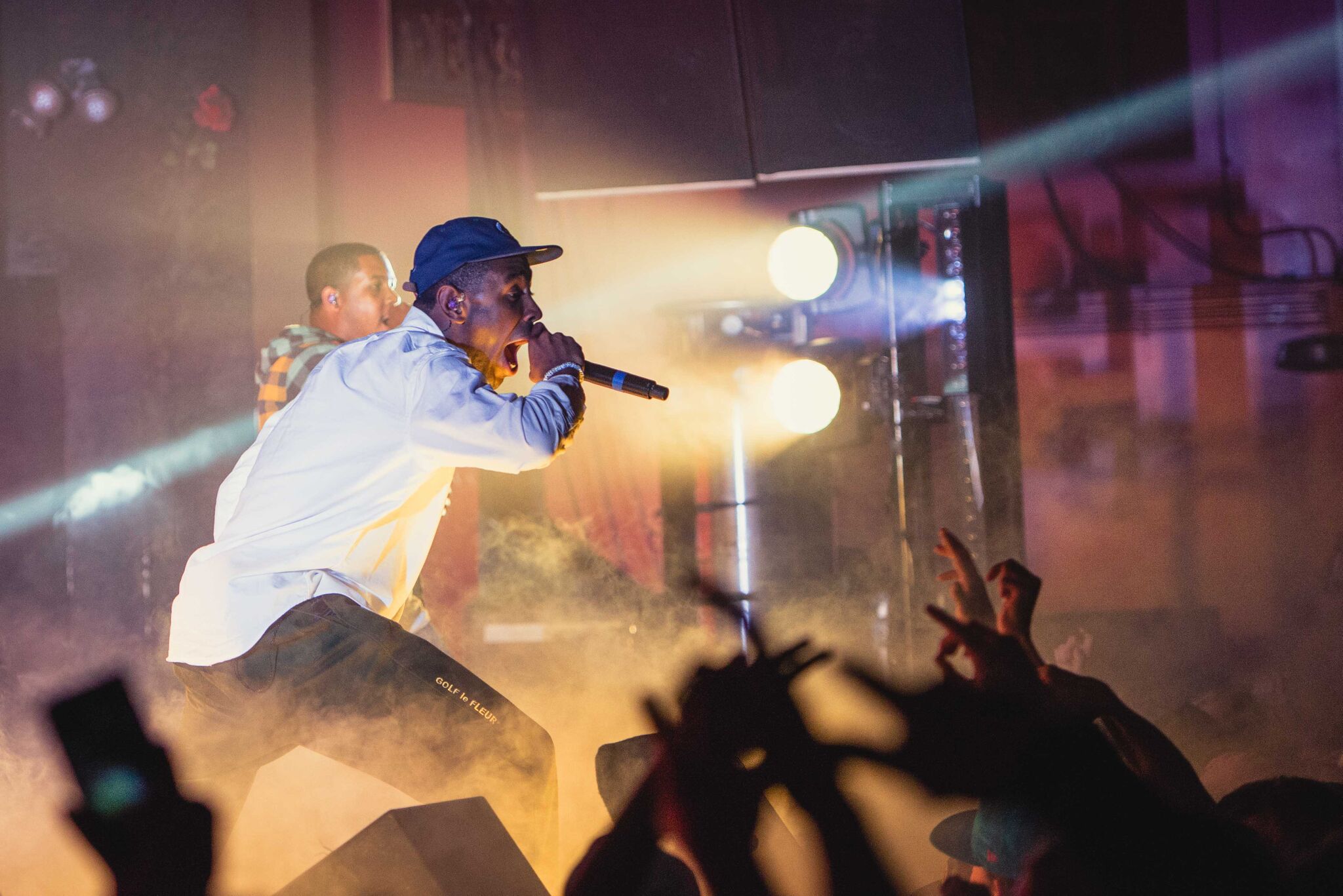 For having released his debut mixtape Bastard at the tail end of 2009, the crowd in the Ogden was surprisingly young. Understandably, Tyler’s set centered primarily on this year’s Flower Boy, but every so often through the set, he’d find himself dabbling in the past. No matter what he played though, the audience miraculously knew every song word for word. The sea of hands with black “x”’s raged just as hard to the thunderous new single “Who Dat Boy,” as they swayed and recited 2011’s diabolical “She.” Curiously enough, Tyler mostly coasted through it all, cherry-picking the most soulful cuts through his career. In fact, by the setlist alone, it was a shocking transition from the rapper who at one time, used to conjure images of Winnie the Pooh procreating with Christopher Robin. Change in perspective be damned though, because Tyler was just as engaging as he’d ever been, hyping up the crowd to the slower jams as the few rowdy ones he included. 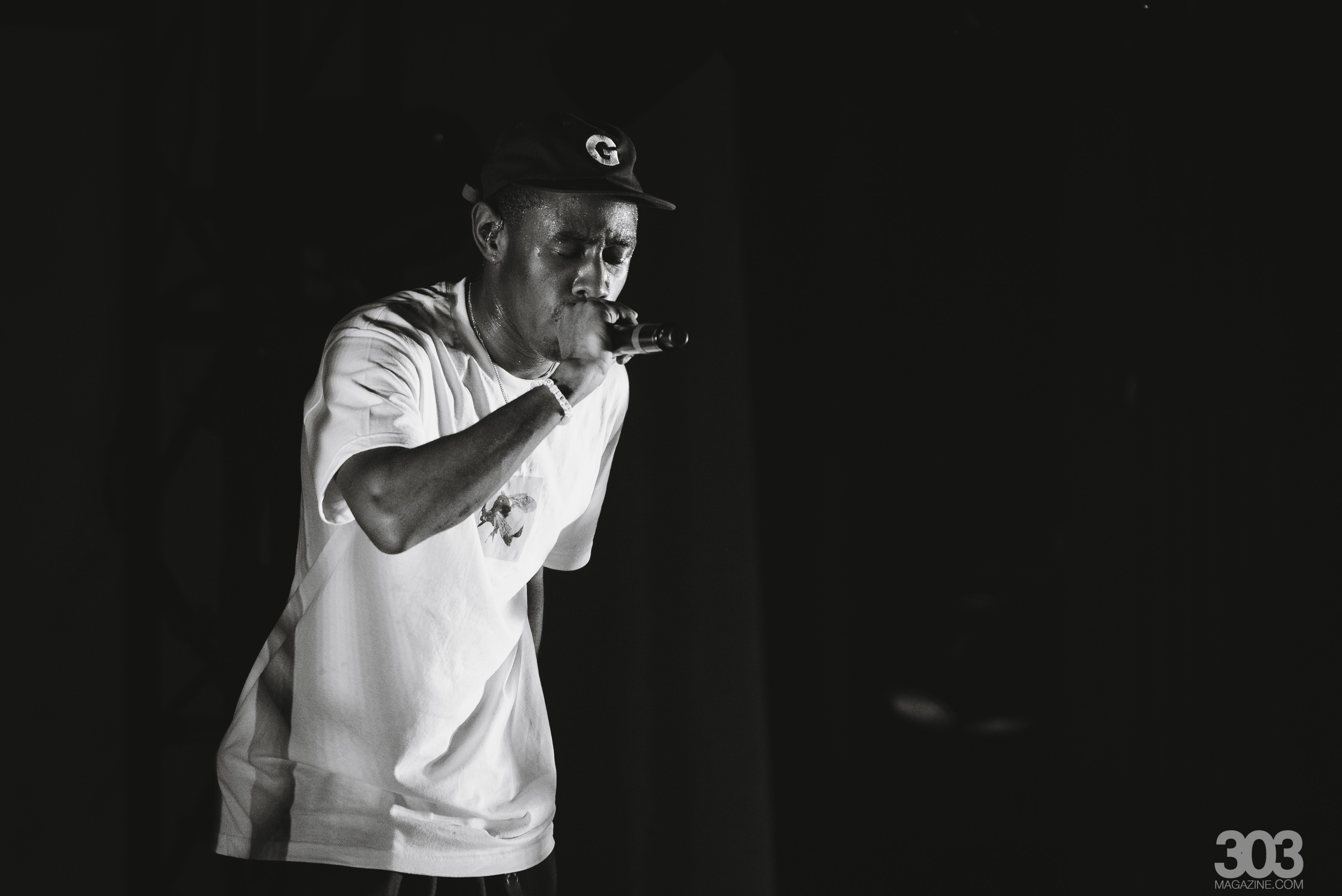 For those who had seen Tyler, the Creator before, the performance on this tour marked a turning point — where the music was put on the pedestal and the aggressive antics on the back burner. As the songs would playback from the DJ, there was a certain pride in the music that Tyler would inadvertently give away. He was laughing, singing along to the guest singers on jams like “Boredom” and “IFHY” and even taking the time to sign someone’s vinyl collection in the middle of the show. If Tyler of the past was an extension of the anger and confusion he’d felt in his younger days, this new Tyler was here to share a good time with his devoted fans. As jarring as that possibility may appear, it was a wholly refreshing experience to see.