On Saturday, October 28, all hell is guaranteed to break loose. Returning to the Bar Standard and Milk Bar just in time for Halloween is the HELLoween Ball. The annual event, now in its third year, has become a sinister Halloween staple that features an array of goth and industrial talent ringing in the night of horrors. This year’s edition is set to be headlined by Los Angeles dark electro-pop artist Robert Alfons known formally as TR/ST. Alongside TR/ST will be eight DJs spanning two floors and four different rooms, blasting everything from dark ’80s jams to seething house music. TR/ST however, will be performing a live set, bringing his brooding beats to life with a full band. Adding to the ante, the theme of this year’s event is themed around Alfred Hitchcock’s Psycho. If you thought your Halloween party last year was frightful, this party is a whole other level.

TR/ST has been a figurehead amongst the goth/industrial electronic scene since the release of their debut album, TRST. Reminiscent of Crystal Castles and The Knife, TR/ST occupies a vein of electronic music that seems to coast into dark oblivion but floats above in its pop sensibilities. Over melodic yet heavy industrial beats, Alfons utilizes his shaky voice to creep through the sounds he creates, synthesizing a terror that is uniquely his own. This year prior to a breakout performance at FYF Fest in Los Angeles, TR/ST released “Bicep” the first single off the forthcoming follow up to 2014’s Joyland. TR/ST’s upcoming HELLoween Ball performance is sure to offer a glimpse at the forthcoming project.

In addition to TR/ST, the other DJs playing the event are formidable in their own right. On the main floor in Bar Standard, hometown favorite DJ Boyhollow, who is also the founder of Lipgloss, will be throwing down alongside DJ Mudwulf and DJ Slave 1. In the “dark room” at Milk Bar, DJ Roland and DJ Kilgore will be spinning goth and industrial beats for the holiday heathens. DJ Randall will be taking charge of the “’80s room” of Milk Bar spanning hits from the likes of The Cure and Siouxie and the Banshees. Lastly, DJ E.D. Gain and DJ niq. V will be double teaming Milk Bar’s “green room” in what they’ve dubbed an ‘ascension.’ 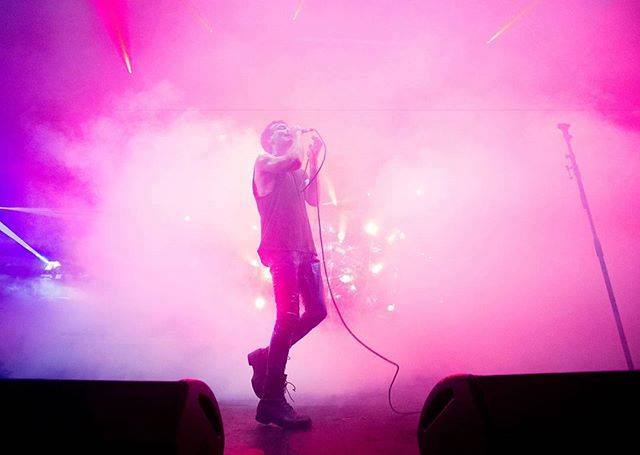 TR/ST. Photo by Oliver Walker, courtesy of TR/ST on Facebook.

While there are many options on the table for Halloween in Denver, few shows will come close to embodying the spirit of the night better than the HELLoween Ball. Where else can you go from reeling in sullen hits of the ’80s in a bar influenced by A Clockwork Orange to rocking out in the depth of some disparate utopia with TR/ST? The HELLoween Ball is not just another Halloween party. Through an array of unique themed rooms, it is an all-encompassing night of terrors and mystique that’ll surely send shivers down Broadway. The event has sold out in prior years, and this year should prove to be no different. Tickets can be purchased here in advance and also at the door if supplies last.