There exists a longstanding, primarily southern-Christian tradition known as a tent revival, in which the congregation gathers beneath large, erect circus-like tents to hear the preacher spew fiery sermons of healing and redemption. Tent revivals, particularly those of the African-American variety, often have a choir belting fervent spirituals and attendees holy dancing as if the spirit of God were entering the room. As you can imagine, the events often became full-fledged moments of praise and worship. Last night at Globe Hall, New Orleans’ Tank and the Bangas alongside openers Sweet Crude indulged in the tradition of the tent revival, took the reins of the Globe Hall stage as their secular pulpit, and invited Denver on a spiritually awakening performance. 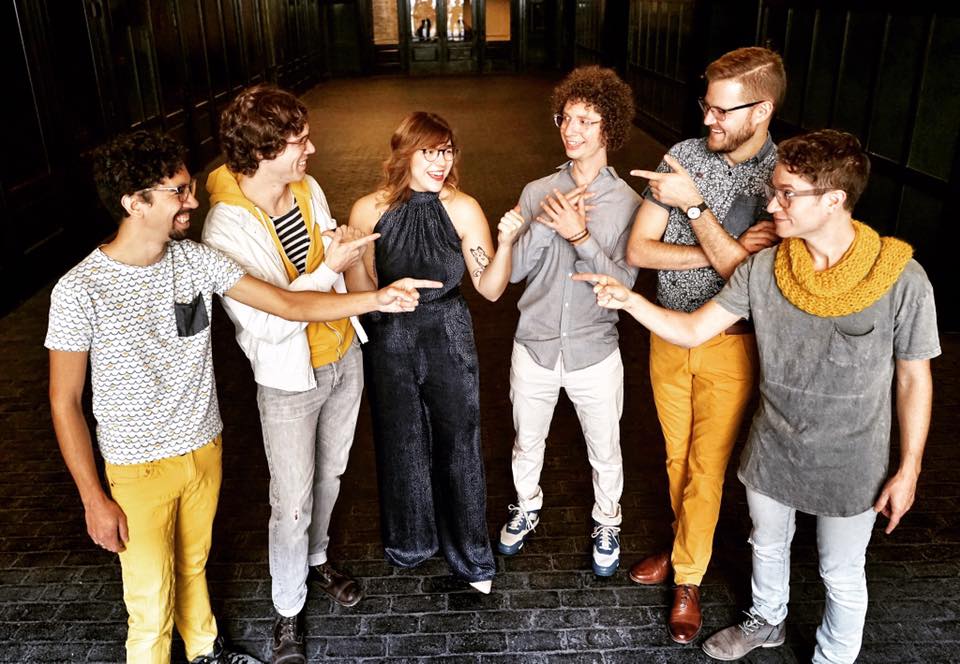 Fellow “Big Easy” six-piece group Sweet Crude opened the sold-out show in explosive fashion honoring the city that made them. The highly percussive band, often opting to sing in the region’s traditional French language, had a magnetic charisma oozing from each member collectively jamming on stage. To the beat of three separate drum kits, the band held the dance floor hostage to the tune of their rambunctious drumline, coaxing those who’d rather conserve themselves for the headliner to adopt a new strategy. Singers Sam Craft and Alexis Marceaux proved themselves to be a powerhouse of band leaders — Craft would volley his understated yet quirky vocals and violin prowess against Marceaux’s show-stopping voice and intoxicating stage presence. It was a bona fide party. The party only stopped temporarily when Marceaux sang their tour de force “Mon Espirit” complete with its pitch-perfect acapella intro, rendering the audience speechless in its power and beauty. While the party continued thereafter, the brilliance of the band was more than evident. 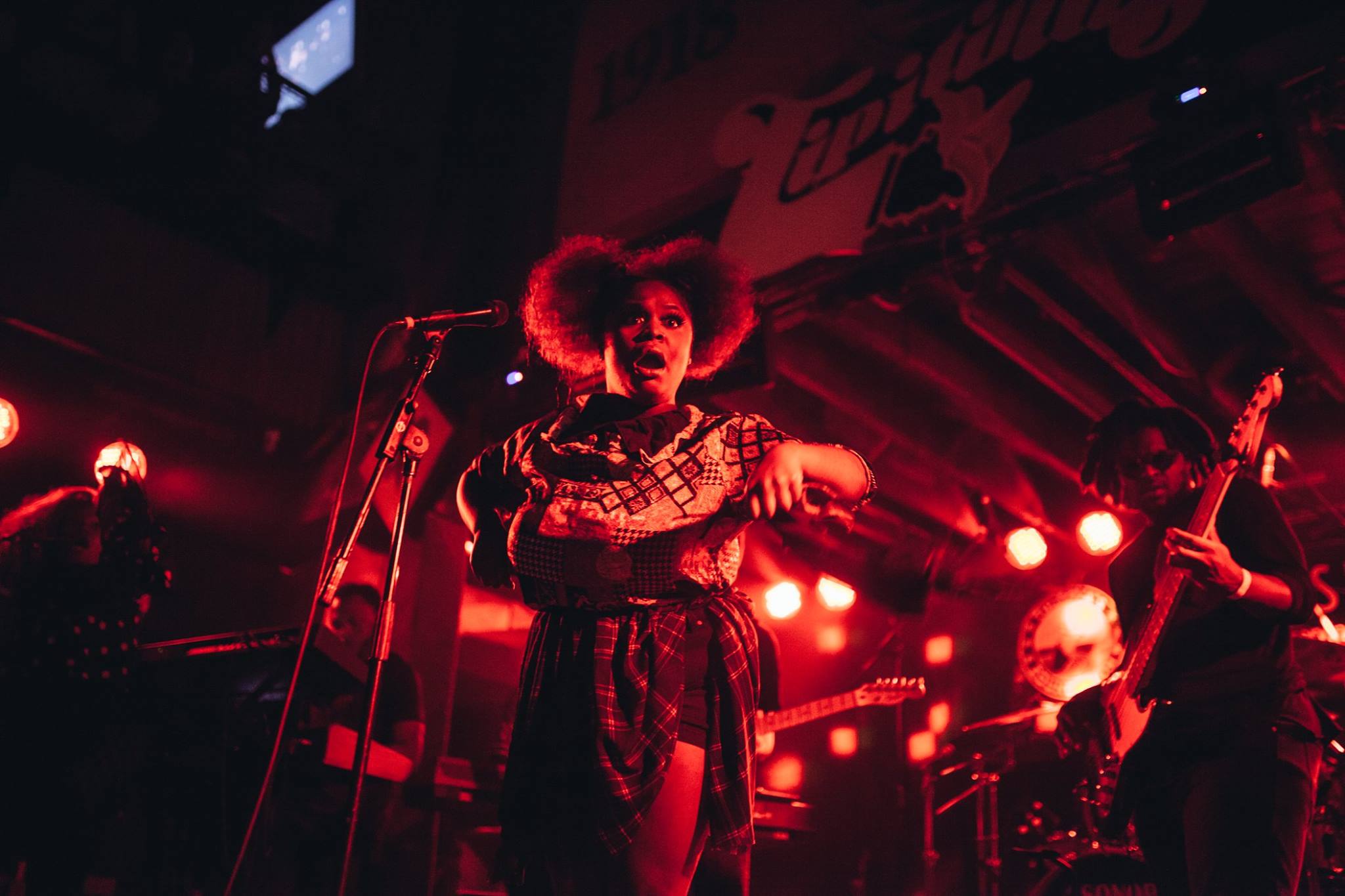 Photo Courtesy of Tank and the Bangas on Facebook

Considering how fast the show sold-out, to say Tank and the Bangas were highly anticipated would be an understatement. When they arrived on stage following Sweet Crude, their presence ushered in a cacophony of cheers. Amidst effortless stage banter, honest confessions cutting into a spectrum of emotions and a whole lot of dancing to tie it together, the resulting hour and a half metaphorically ripped the top off the revival. Tarriona Tank Bell, the eponymous band leader of sorts, has a keen ability to weave spoken word, rap, gospel and child-like vocals into a seamless performance. On the verge of tears, she spoke in powerful poetic verse about the feeling of growing apart from a man she loved amidst newfound fame all the while singing their song “Oh Heart.” She gave a masterful demonstration of emotional fortitude by alternating between the hearty voice of a woman who’s experienced hurt and a thin youthful voice speaking to the naivety of repetition and expecting a different outcome. With “Quick,” she made a perilous night-sound riotous, even more so as the song gave way to another, courtesy of a bass solo from Jonathan Johnson, to a cover of Anderson. Paak’s “Come Down.” 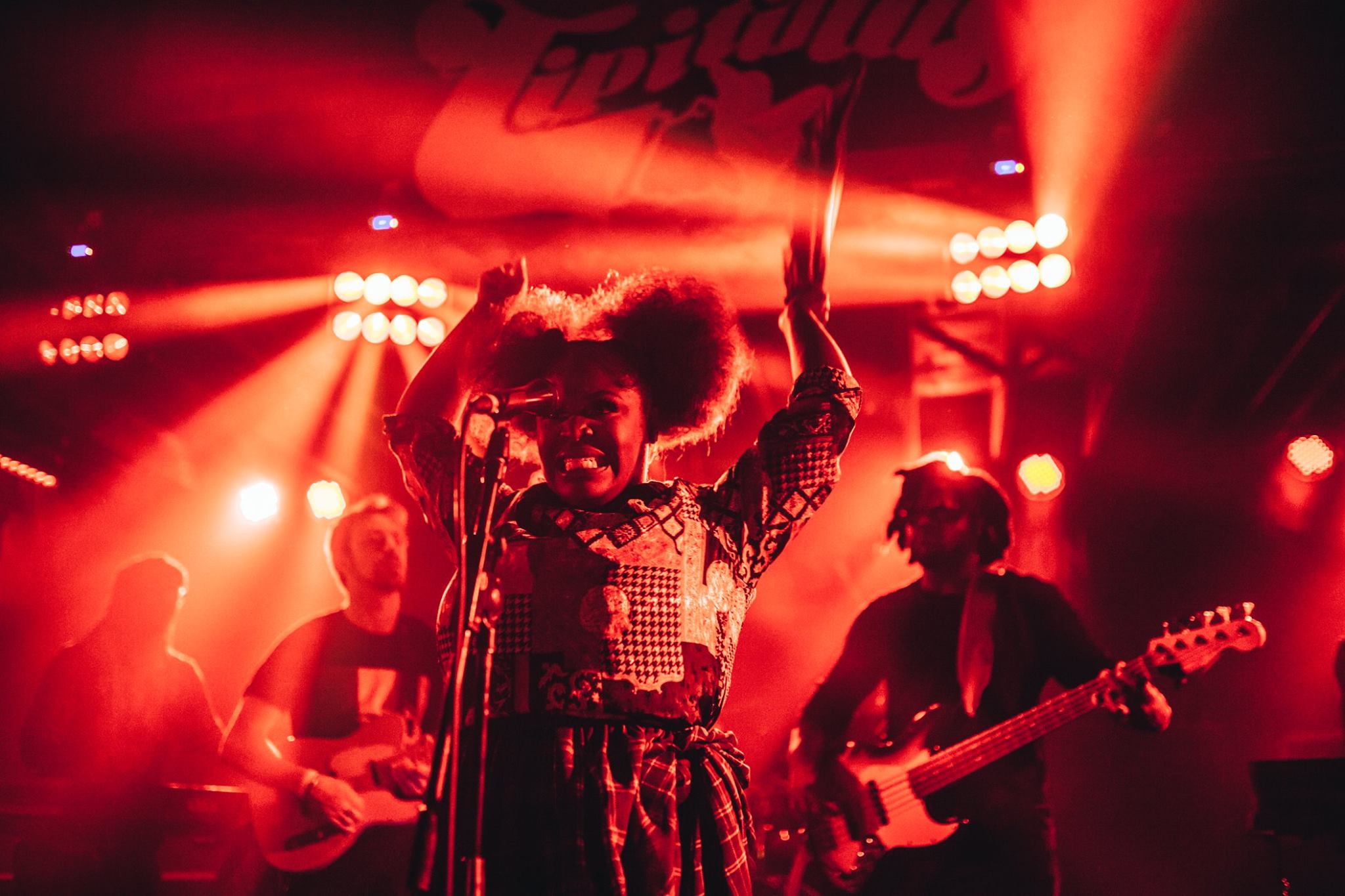 Photo Courtesy of Tank and the Bangas on Facebook

Much akin to how a church congregation feeds off of the energy of the preacher, so did the Bangas with Tank. Instrumental sections effortlessly transitioned to interpolations of songs by Lil Wayne and Snoop Dogg as drummer Joshua Johnson was consistently ready on a dime to change the beat, background vocalist Anjelika Joseph (Jelly) served extra helpings of sass and style underscoring the proverbial lessons flowing from Tank’s mouth, and flutist/saxophonist Albert Allenback was always ready to pick up on the get down and simply wail. The performance as a whole felt unburdened by typical rigid setlist structure and adherence to replicating their recordings, allowing for Tank and the Bangas to let their artistry shine.

Upon closing their performance with a rousing rendition of “Boxes and Squares” and a formidable cover of Childish Gambino’s “Redbone” that would give the original a run for its money, it was impossible not to have been touched on a deeply personal level by some aspect of Tank and the Bangas performance. Here was a band whose testimony is nothing more than hard work, sacrifice and an undeniable belief in their talents — a band whose conviction in their craft radiates out of their very existence. Whether it was something in the air or maybe something greater, one thing’s for sure, everybody in Globe Hall felt it.