The Denver concert community always takes great pride in seeing Denver artists venture back home. From local up-and-coming acts working their way up the Denver venue ladder to renowned Colorado based Grammy winning artists coming through at Red Rocks – the Denver concert community never fails to show its support. The gentlemen of OneRepublic revealed their true Colorado pride by putting on one of the most spectacular shows of the summer.

Throughout the last 16 years, The Honda Civic Tour has seen the likes of many mainstream national acts such as Kelly Clarkson, Blink-182, Linkin Park and so much more. The 16th iteration of the tour included OneRepublic as the headlining act with support coming from English singer James Arthur and the American neo-soul group, Fitz and The Tantrums.

James Arthur’s opening set easily earned a spot on the highlight reel of the evening. The UK-based singer was the champion of the UK TV show The X Factor in 2012 and sang his way into the hearts of all as he took the stage. Arthur’s talents as a vocalist were soulfully piercing. The level of humility and contentment Arthur demonstrated on stage put the audience in an incredibly perceptive position. 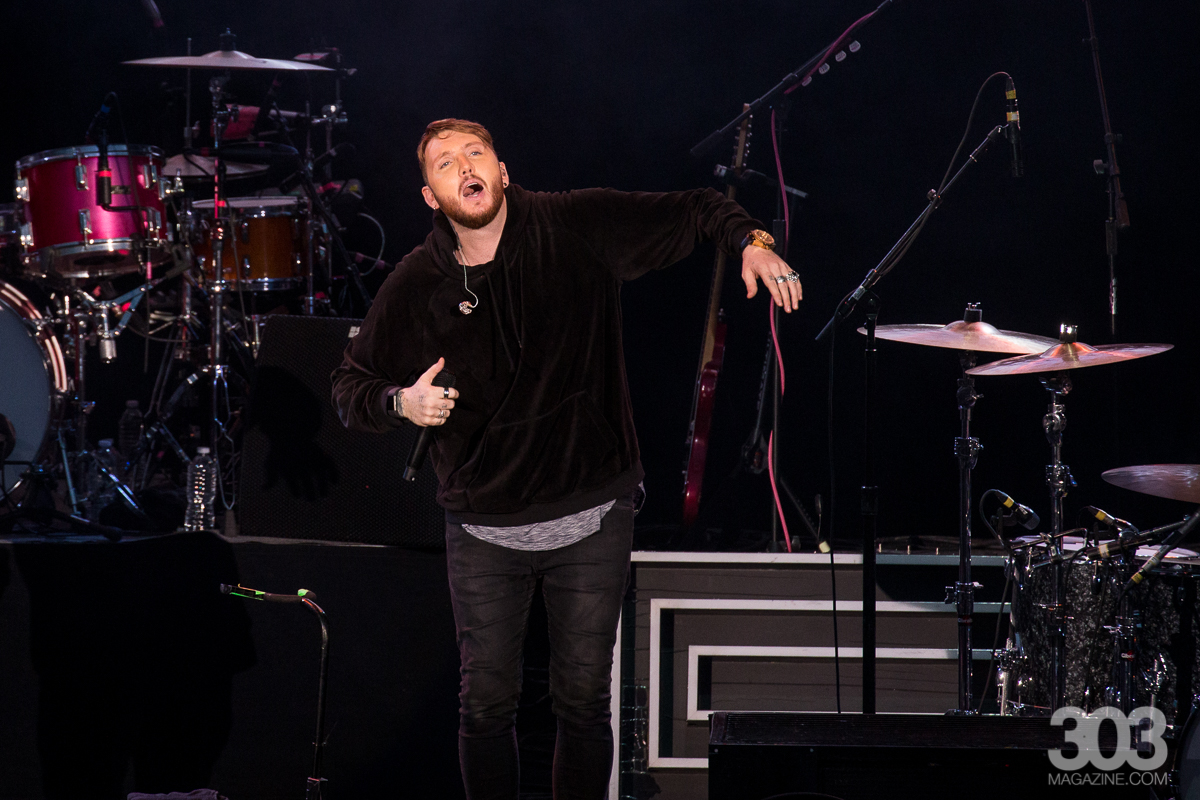 The British musician gave the audience a taste of his multiple talents that included rapping, playing guitar and belting out in sheer passion. In a venue like Fiddler’s Green, it’s a rare sight to see when an opening act is able to bring a crowd to their feet. By the end of his set, the entire amphitheater was standing and singing along. Arthur’s performance proved that he could have been the direct support for the evening.

Succeeding Arthur was the American neo-soul group, Fitz and The Tantrums. Unfortunately, Fitz and The Tantrums did not rise up to the level of performance set before them. Led by frontman Michael Fitzpatrick, Fitz and The Tantrums delivered a fairly generic performance. Fitzpatrick seemed reserved on stage for the majority of their set. Noelle Scaggs, the Denver-born powerhouse female vocalist, picked up most of the missing energy from the act. Although Scaggs could barely be heard in the mix, her energy radiated throughout the whole set. Certain sonic elements, such as the bass and background vocals, were missing throughout the set as well. The audience seemed to lose interest about halfway through The Tantrum’s performance. Despite their reserved performance, Fitzpatrick spoke on his group’s performance history in the state of Colorado, noting how the group has moved up from The Bluebird to The Ogden and even to Red Rocks over their decade-long existence. 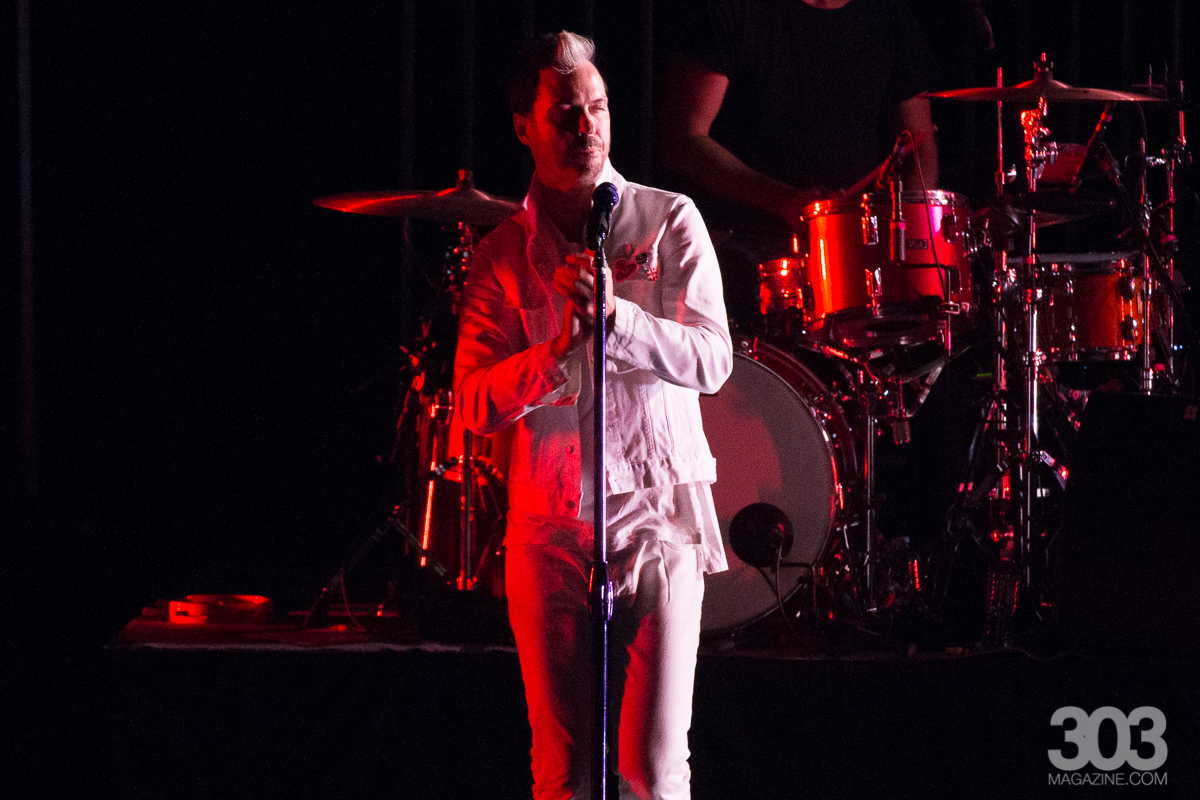 Michael Fitzpatrick of Fitz and The Tantrums

As soon as the stage was set and ready for OneRepublic, the lights cut out and a massive wall of sound hit the crowd in the best way possible. All members were accounted for, besides one – Ryan Tedder. After a few seconds, Tedder joined his band on stage. You could immediately tell OneRepublic was happy to be home just by watching how they interacted with each other and the crowd. The OneRepublic ensemble began their set by playing three songs straight before even addressing their hometown crowd.

OneRepublic’s genre is difficult to pin down. Over the years, their music has ranged from rock to electronic and almost everything in between. Through their musical diversity, they still are able to deliver a trademark sound. For OneRepublic, this tour is the first one they’ve been on in nearly two years. With the way they left everything on the stage during their performance, it felt like the band never skipped a beat. During the set, Tedder told the crowd the band was working on a small album set to be released soon. Tedder announced and showed his gratitude to the Denver crowd.

“…Then we put the tickets on sale and tens of thousands, hundreds of thousands of you across the country showed up. Look at you tonight. Basically, from here I can see people all the way to Aurora. So, thank you for showing up tonight.” – Ryan Tedder of OneRepublic 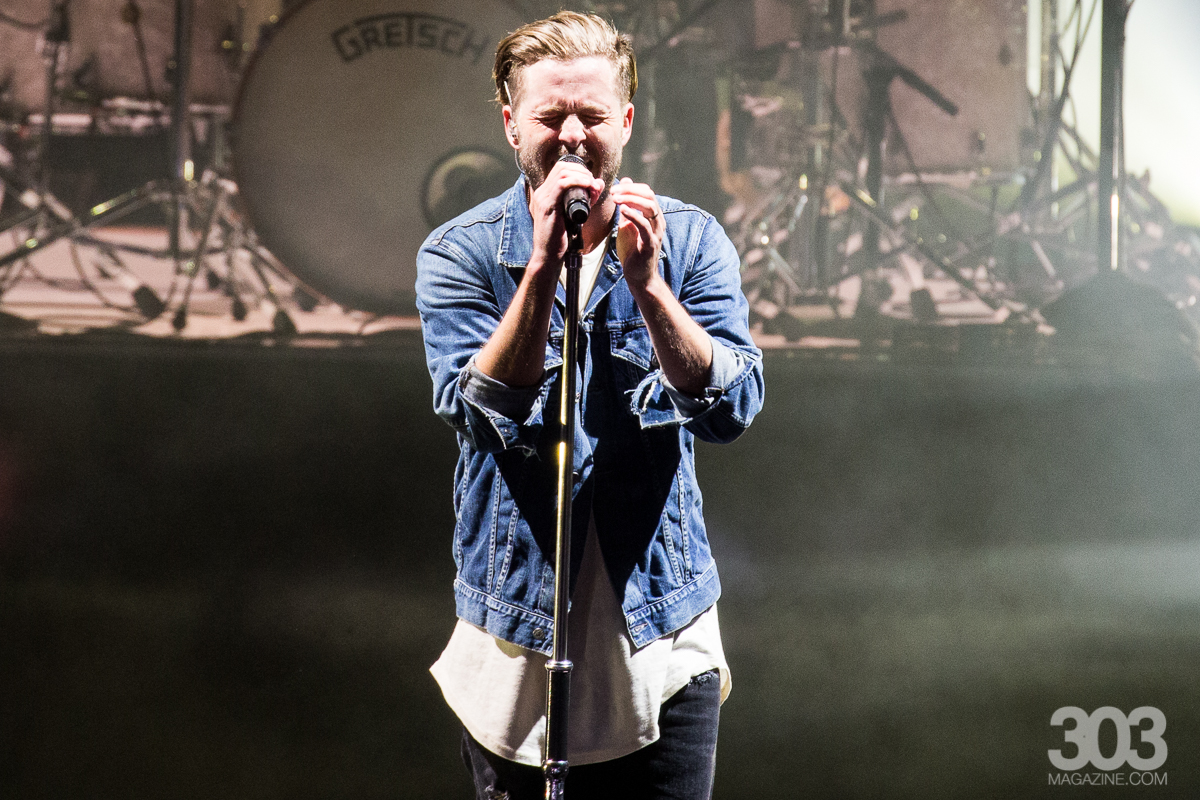 OneRepublic played everything the audience wanted to hear. Their set could easily pass as a “greatest hits” album if it had been recorded. They played everything from their 2007 hit “Apologize” to their 2014 chart-topper “Counting Stars.” The band beautifully executed an impressive catalog of hits from across the years. Their ability to recreate studio level work was nothing short of extraordinary. From Tedder’s extreme vocal range to the flamenco stylings of guitarist Zach Filkins, there was truly a little bit of everything. Every member was giving the performance everything they had.

Unbeknownst to some, Tedder is a songwriter who has written massively successful songs for artists such as Adele, Beyonce and Ed Sheeran. Midway through the headlining set, Tedder sat at his piano and paid tribute to the artists that took his songs to the next level. Tedder, accompanied by one of his band mates on the cello, performed Beyonce’s “Halo.” As the Beyonce song rang out into Fiddler’s Green, the audience provided a light to the darkness with the flashlights of their phones.

OneRepublic wrapped up the evening by inviting James Arthur and Fitz and The Tantrums out on stage to perform “Rumor Has It,” another song Tedder wrote for Adele. The three acts on stage together gave for one electrifying performance. Upon getting called back out for an inevitable encore, OneRepublic left us with a powerful performance of “Love Runs Out” and a blast of confetti to celebrate a night of iconic Colorado talent. 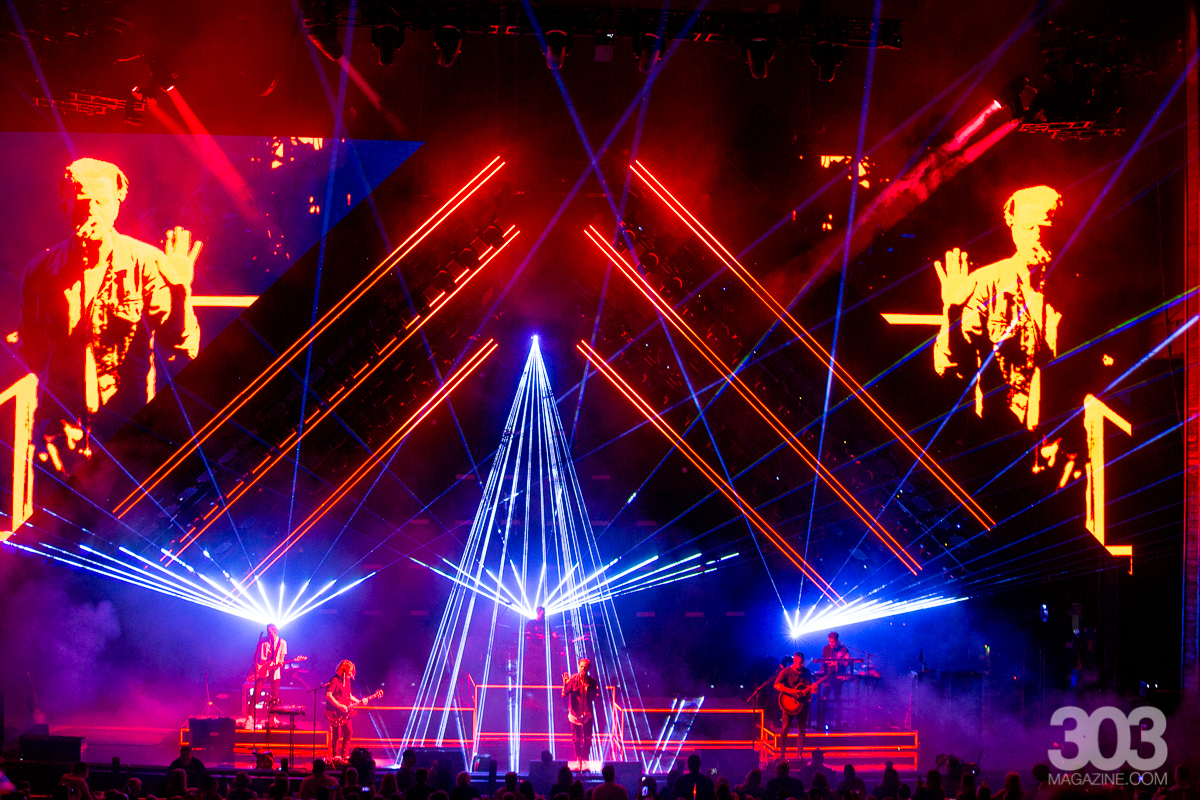 All photography by Kyle Cooper. Check out our full gallery here.