Mistakes You Don’t Want to Make While At GABF

When it comes to GABF (the Great American Beer Festival), people spend the majority of their time and planning on actually getting tickets. They sell out every year and are gone within hours – sometimes minutes. Beer lovers from all around the country fly in – drink the most diverse collection of beer in any city for the week – and attend as many sessions of GABF as possible. People will line up every mobile device they own and countdown the seconds until the event goes live on Ticketmaster in hopes of snagging that golden beer ticket.

The talented, the well-connected and — of course — the lucky score tickets. But if you think the planning ends there, you’re making the biggest mistake. GABF will host more than 800 breweries, 3,800 beers and will have around 60,000 total attendees over its three-day span. Of course, you can’t drink 3,800 beers (trust us we tried last year), but you can make sure you’re not the person huddled in the corner too hammered to have a good time.

If it’s your first time or if you’re a regular, we have put together a game plan for your GABF day to make sure no one is peeling you off the concrete floor at the Colorado Convention center when the bell sounds to end your session. 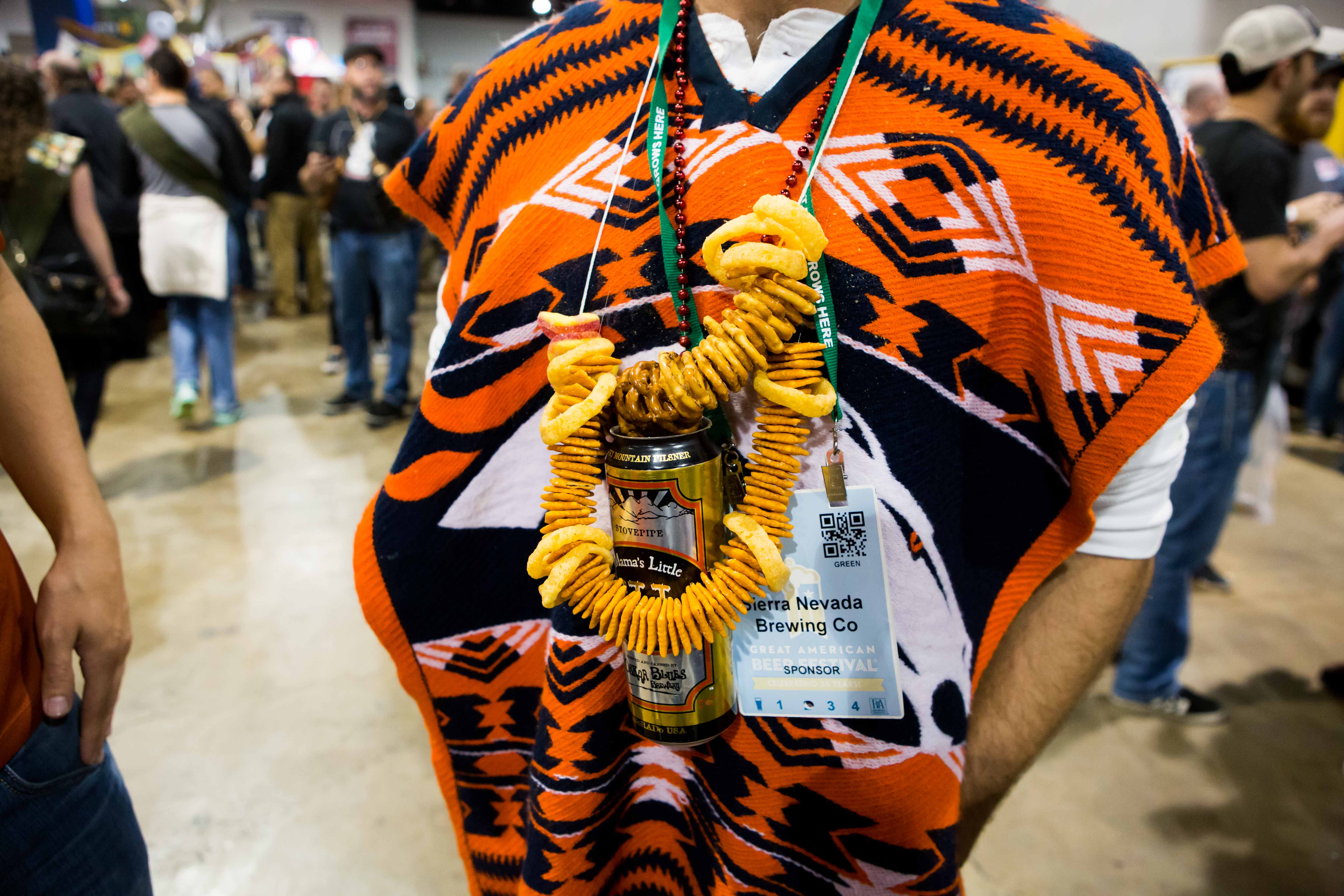 There is going to be temptation wherever you look. Almost every brewery, restaurant and taproom will be hosting a special release or tapping every single day of GABF week. Beer will be everywhere. We have even put together a list and will be updating it until the day before – you can check it out here. Do not pregame. It’s okay to have a beer or two but stay with sessionable and light. If you are buzzed when you arrive, instead of sampling an absurd amount of beer you will likely end up dancing as one of the Oskar Blues cans in the silent disco. Nothing wrong with that by the way – we were there last year by the end of the night.

Eat something. It doesn’t need to be a huge meal, and I wouldn’t suggest eating it any later than two hours before your session starts – you need all the room for beer in your stomach you can get. Go for meats and cheeses since they have a higher fat content which can slow down the absorption of alcohol which means more beer. Drink water to be hydrated the day of your drinking session.

Make a badass pretzel necklace. You will need to snack to make it through the full drinking session but more importantly, the pretzel will help clear your palate for each new beer. Don’t just stop at pretzels either, if it hangs from the necklace it’s allowed in the building. Beef jerky, cheese sticks even a full sandwich if you can make it work. The more the better, and bonus — the necklace is a great way to make new friends.

Create a drinking plan. This will make the thousands upon thousands of square feet of the convention center more manageable. The tables are arranged and there is a map so you can make a plan by geographical area, the homebrew marketplace or you can hang out and meet the brewers at those booths. You can also create a plan based on beer styles – which happens as soon as the pour list is released. Get the My GABF app on your phone here – it will have the map and you can select beers as you go plus it’s free. You can also track your beers for boasting or roasting the next day.

While You’re At GABF 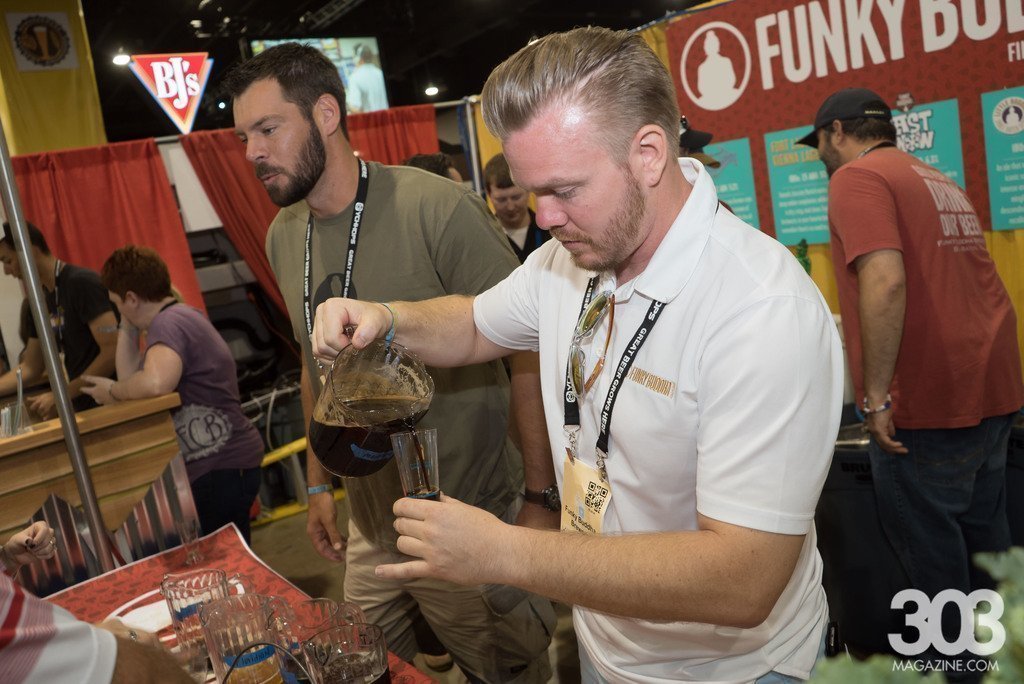 Do not under any circumstances feel obligated to finish every pour you get. There will be beers you truly enjoy and will want to enjoy each of the ounces that hit your glass — do it. If you don’t like the beer, smile and then head over to the nearest water station away from whatever table you were at and pour it out into one of the handy dump buckets. It’s polite and saves you for something you enjoy better at the next stop. Also, while you are there, rinse your glass and have a full (and I mean to the very top of your taster) pour of water.

Cleanse the palate, munch on a pretzel and even have a second glass of water. The more you do this, the more likely you are to be still standing with all of your friends at the end of the night. If you are still standing you will be ready to hit up any of the after parties.

Be flexible. There are a lot of popular breweries from both Colorado and out of state that everyone will have on their list to try. There will be lines – some of them will appear to be insane. They move quickly but also use the buddy system – have one of your friends stand in line while you dart over the place next door. You won’t lose your spot and will get to try some added beers, not on the agenda. It’s a win for everyone. 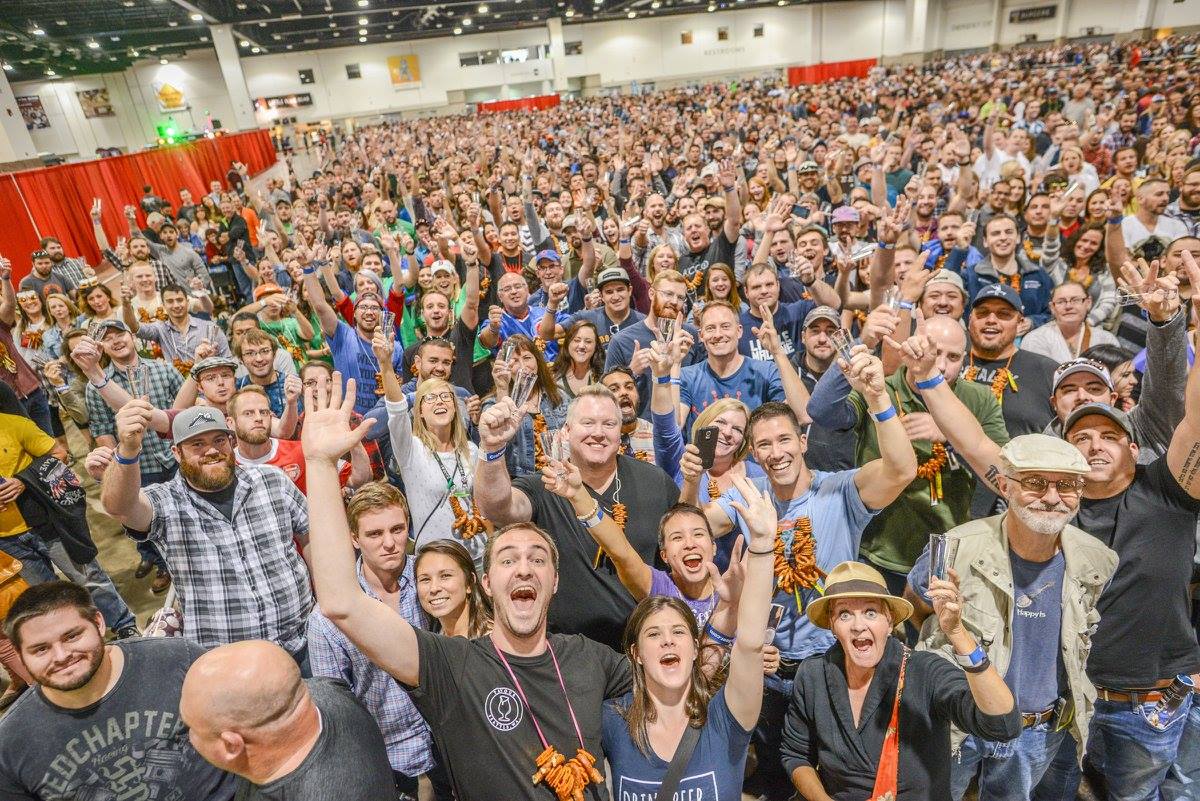 Have an exit strategy. Just like LoDo at 2 a.m. on a Saturday, there is a mass exodus of people when each session ends. Everyone scurries to get their final beer and then there is a mad dash outside. People will be everywhere. There will be a cab line and plenty of different ways to get where you need to be right outside of the convention center. But if you want to move quickly, pick a place you can walk to and hang out while it calms down or have a rendezvous point where your ride can actually find you.

GABF can be a ton of fun, but it can also be incredibly overwhelming. There is just so much good stuff everywhere that the magnitude is almost difficult to comprehend when you walk in the door. Take the time to make a plan – even if it’s just a small one and you’ll make sure to not miss out and still be standing by the end of the night.