Review – The Head and the Heart United Red Rocks Amphitheatre

The moment the stage lights dimmed at Red Rocks Amphitheatre on August 3 for The Head and the Heart show, the entire audience moved to their feet. It took just a few notes from the first song “Traumatized,” by opening act Grouplove, before the audience was dancing. The Los Angeles-based band introduced a raw quirkiness to the amphitheatre. While frontman Christian Zucconi belted the band’s music with his charismatic vocals, vocalist and keyboardist, Hannah Hooper, engaged the audience with her buoyant energy. The band undoubtedly was comfortable performing in front of the filled amphitheatre. 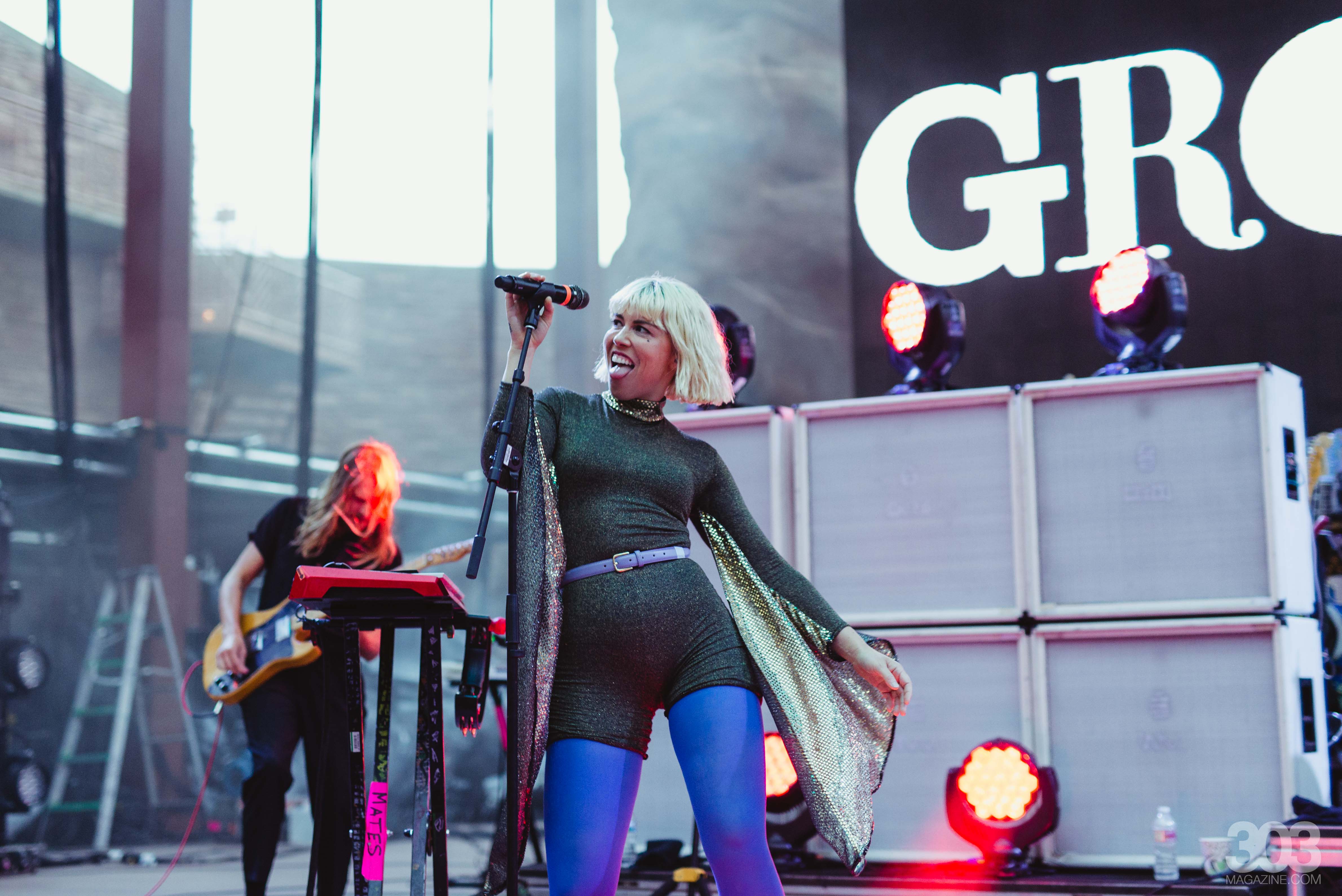 With an album said to be released on September 9, the band introduced a new song called “Remember That Night.” “So, we have been writing a lot of new music lately. It takes so long to put music out sometimes,” Hooper said. The fast-paced song sang by Hooper was an exciting change from Grouplove’s typical hypnotic-pop dance rhythms.

“Do you always feel this good? This is what music does to people. This is what it feels like to be alive. We all go through shit, but we can all lean on each other and we can all feel way more of this. Life can really be beautiful,” Hooper said before the band started playing “Welcome to Your Life.” The sound of the crowd singing along echoed off the rocks at the stadium. The energy of the night reached its climax during a cover of the Beastie Boys song, “Sabotage.” Zucconi did a headstand and fell across a speaker as Hooper danced with the audience. 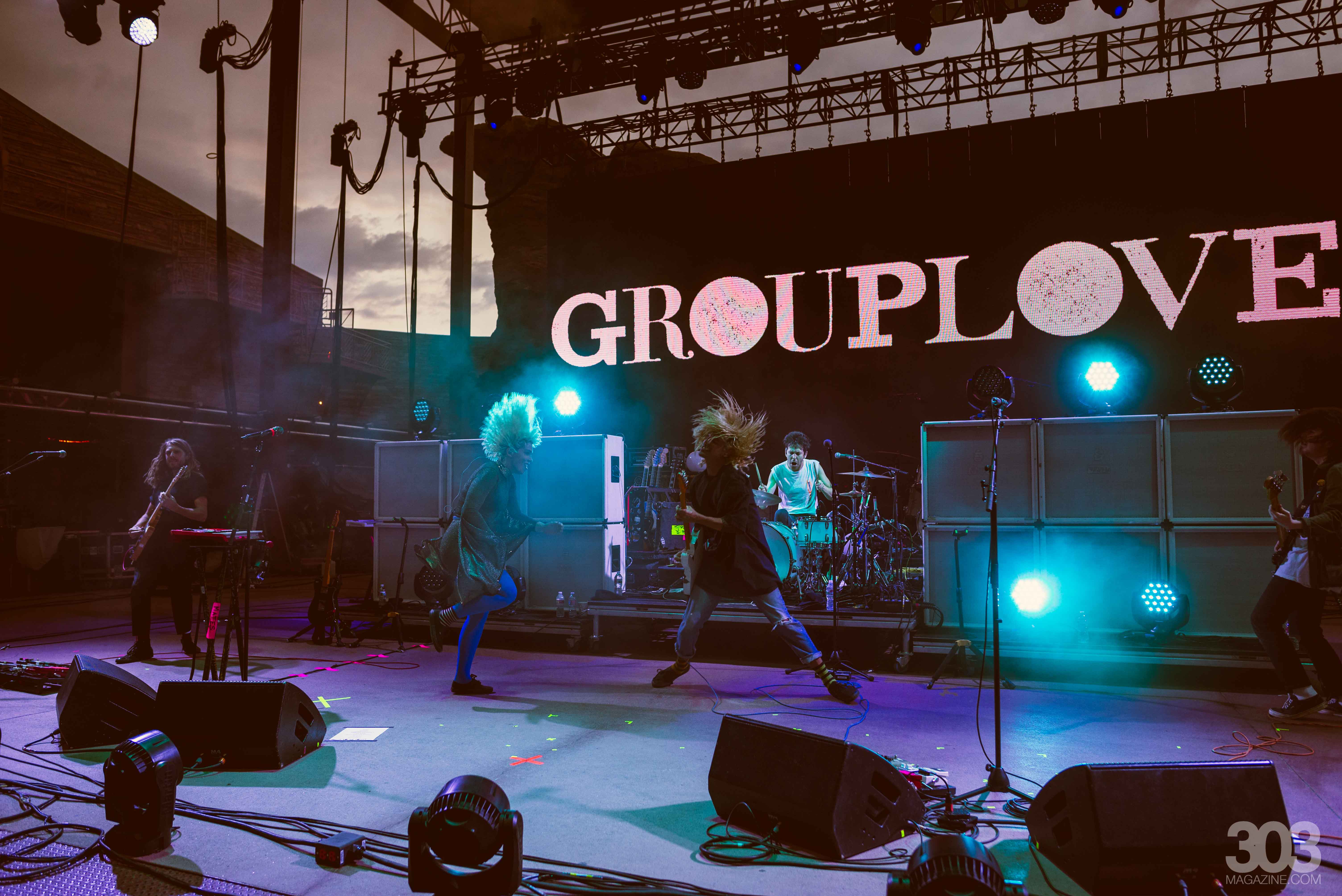 Vocals throughout the night seemed to lack control, but the flaw blended with the band’s contagious, care-free energy. When Grouplove left the stage, members of the audience kept dancing, unable to let go of the lingering energy.

The Head and the Heart came on stage with a sense of grounded excellence. After the first line of the opening song, “All We Ever Knew,” the crowd cheered with burning excitement. As the music shifted to the song, “City of Angels,” the well-rehearsed precision of the band showed, but The Head and the Heart seemed to lack their usual folk-rock energy. 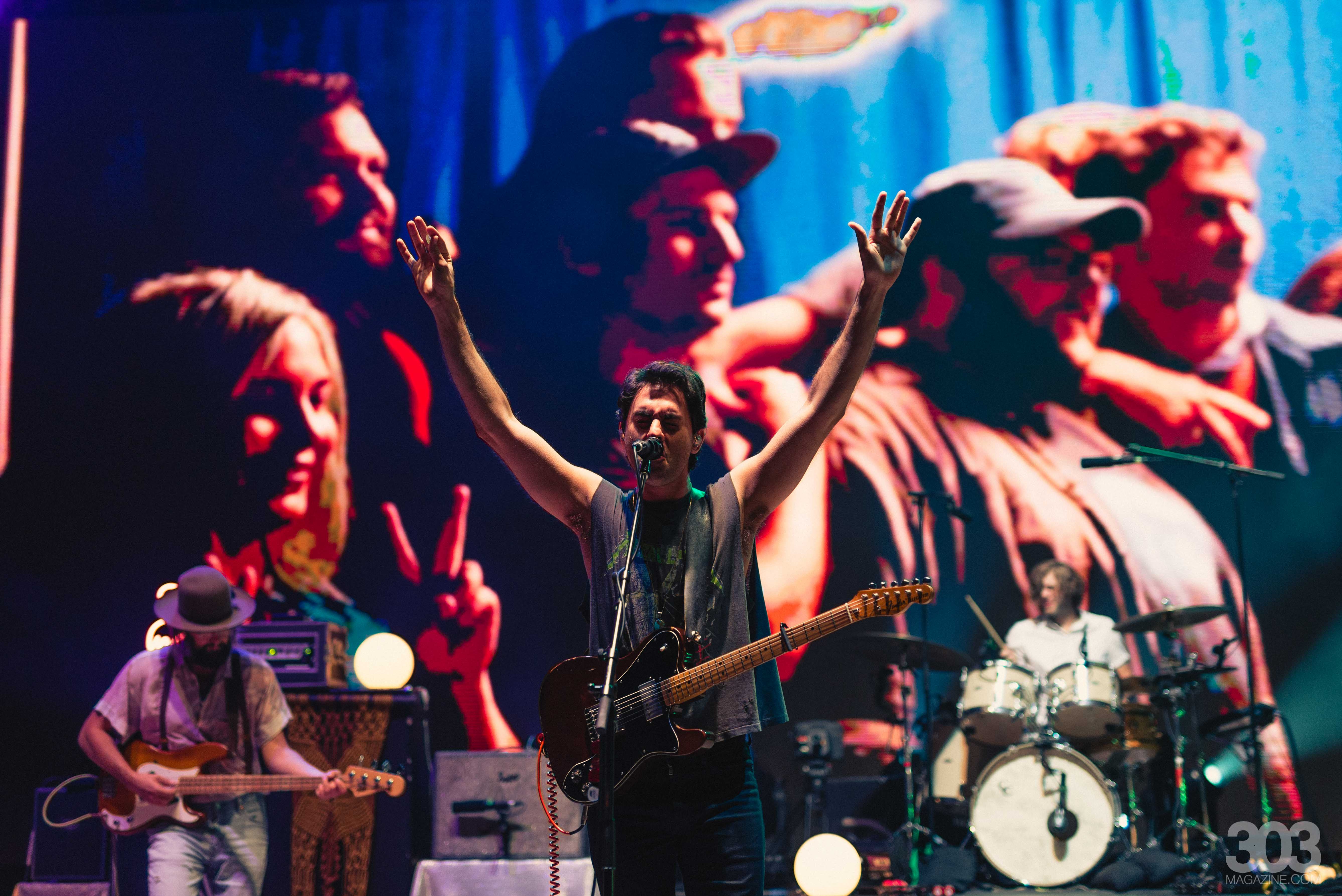 The Head and the Heart

Each of the band members moved, played, sang and danced with their own unique style throughout the night. When singing “Rhythm and Blues,” the band came together as a cohesive machine. Any fuel that was missing in the first few songs was suddenly overflowing, igniting especially through the band’s harmonies. “It is beyond our comprehension to be playing here two nights in a row,” said Charity Thielen, a vocalist and violinist in the band. The rhythmic transitions, common within The Head and the Heart’s music, kept the audience’s attention throughout the night as audience members often phased from enthusiastic jumping to heartfelt swaying within the same song.

This stop at Red Rocks is part of the band’s “Signs of Light Tour,” named after their most recent album. The tour, which started in late Fall 2016, has 38 more stops before it is scheduled to end next February. The band played a show at Red Rocks last August and was welcomed back with open arms, settling into two sold-out days at the amphitheatre. 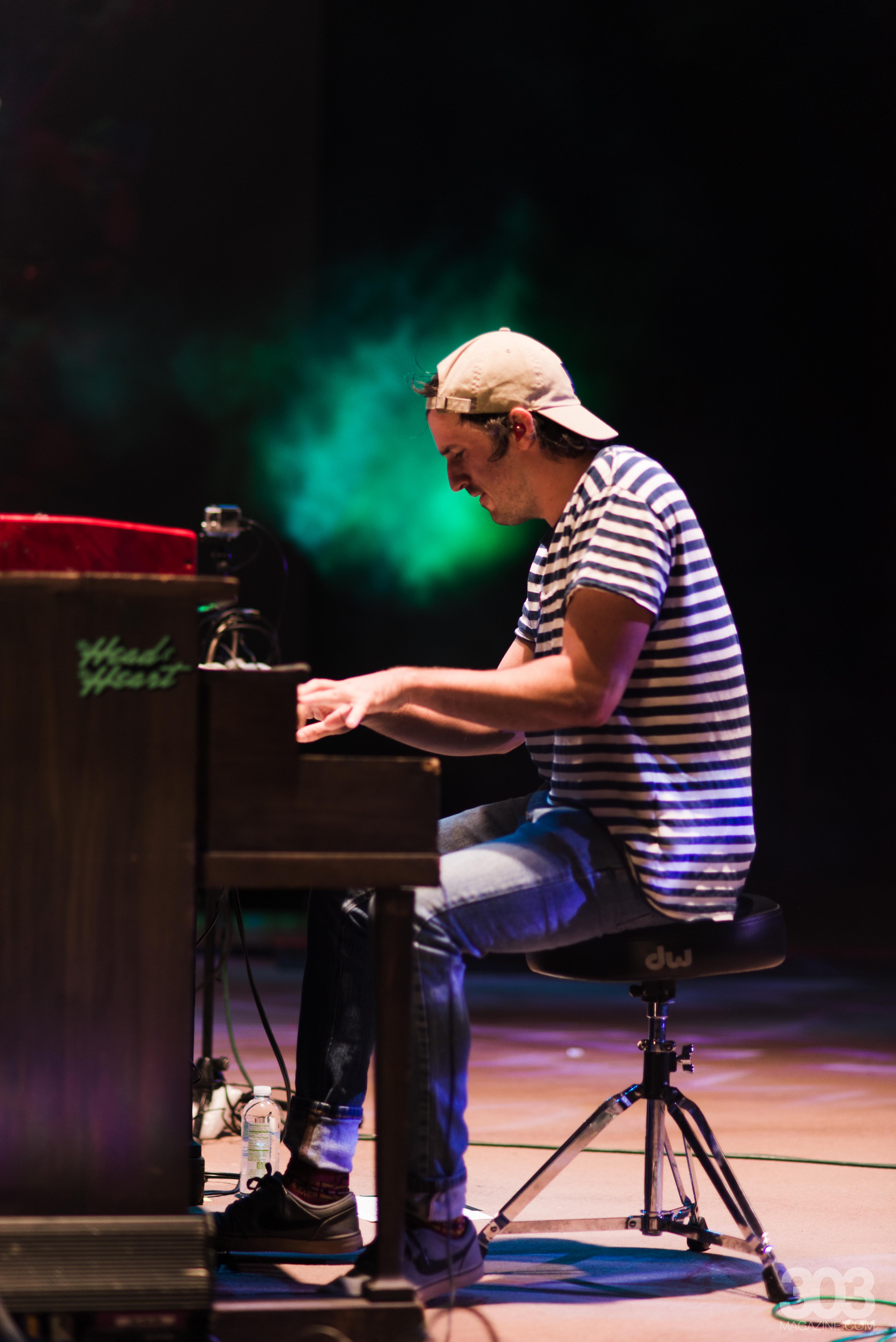 During “Winter Song,” the band noticed an audience member get on his knee and propose to his girlfriend. They called the couple on stage and each gave the newly engaged pair a hug before asking them to dance together to “Turn It Around.”

This was not the only unison highlighting the evening. During the encore, Josiah Johnson — co-frontman of the group who was sidelined for the tour to focus on recovering from his addiction problems — made an emotional appearance playing with his band. “You find your soulmate in music and you do your best,” said other co-frontman, Jonathan Russell. The two embraced, singing together in harmony during the encore. The audience erupted at the sight of Russell reunited with the band. A feeling of energy, redemption and unity moved through Red Rocks. 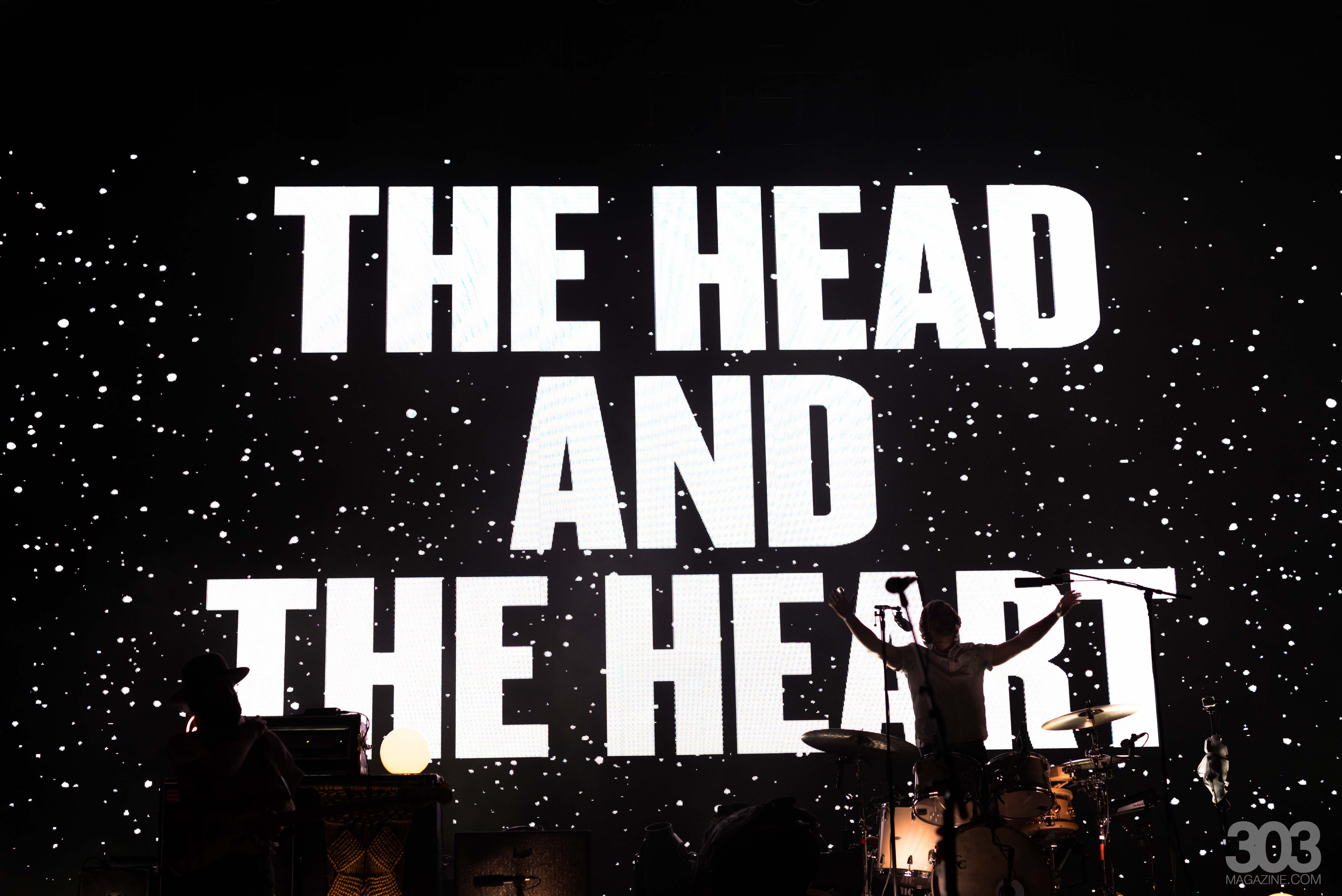 As the band sang their final song “Rivers And Roads,” the lyrics sounded more like a promise of a new beginning for the band than a conclusion to the night.