Ever been hiking in the Colorado wilderness, admiring the beautiful sights and sounds, only to have your mood soured by stepping in someone’s dog’s poop or finding trash bags on the trail? The person behind Trail Trash of Colorado — more commonly known @trailtrashco — a ‘naming and shaming’ Instagram, is taking matters into their owns hands. Trailtrashco brings light to Colorado’s ‘trail trash’ and reposts other public Instagram posts of people blatantly breaking the law — and showing off while doing it. 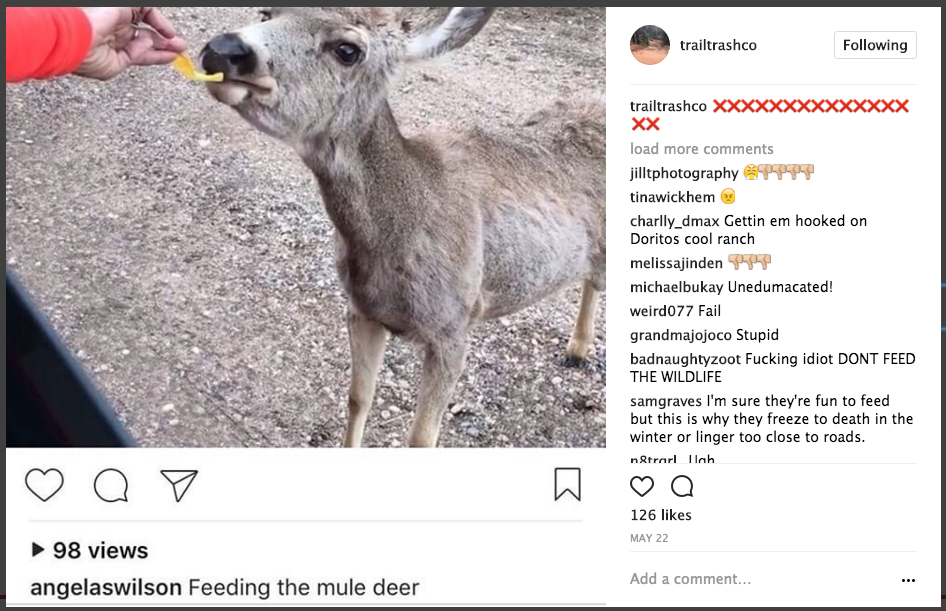 Trailtrashco’s first post was on March 31 and already has nearly 9,000 followers. Due to safety concerns, Trailtrashco wouldn’t sit down with 303 Magazine in person nor have their voice recorded, but agreed to an anonymous interview with us through Reddit messenger.

303 Magazine: What is your motivation behind the postings?

Trailtrashco: It honestly was just an outlet for me, since week after week I’d go camping or day hiking and I’d end up with a full trash bag of other people’s garbage. Dog poop bags are the worst, and I still don’t clean them up because they nauseate me. I’ve never seen a place so littered with dog poop bags than Colorado. I always try to bring a small trash bag when I go out.

303: What is the worst case you’ve shamed? Have you ever thought a posting was too bad to be publicized by you?

TTC: I posted a picture of a dog at Hanging Lake and received death threats about it because supposedly it was a service dog. I still don’t actually believe it was a service dog, but I did take that post down because of the backlash, and because I really don’t know if it was or not.

I keep getting sent this one particular photo of a young girl doing a photo shoot at the Paint Mines. I know you’re not supposed to walk off trail there, but the girl in the picture is obviously underage and pretty scantily clad. I don’t think it’d be good form for me to post that. I’d like to bring it to light, but I can only imagine the terrible, terrible comments that would be left.

303: We saw the post of the girl and her dog where you disabled the comments. Do you think it is important to compromise with someone who has apologized for their disrespect of the rules? Why only disable the comments instead of deleting the post entirely?

TTC: I don’t have too much sympathy for that situation. She passed several signs that say no dogs allowed, so I think she was genuinely sorry, genuinely sorry that she got caught. I turned the comments off because people were saying horrible, horrible things about her.

303: A lot of people think of you as a vigilante. Do you view yourself as such? Why or why not?

TTC: I don’t think I’m a vigilante. I’m just a person who’s had too much. Big shocker incoming: I’m a transplant, and I moved here because of the beautiful outdoors. It kills me to see what people are doing to it, and if I can out them then maybe people will think twice about leaving their stale poo bags or candy wrappers on the trail. 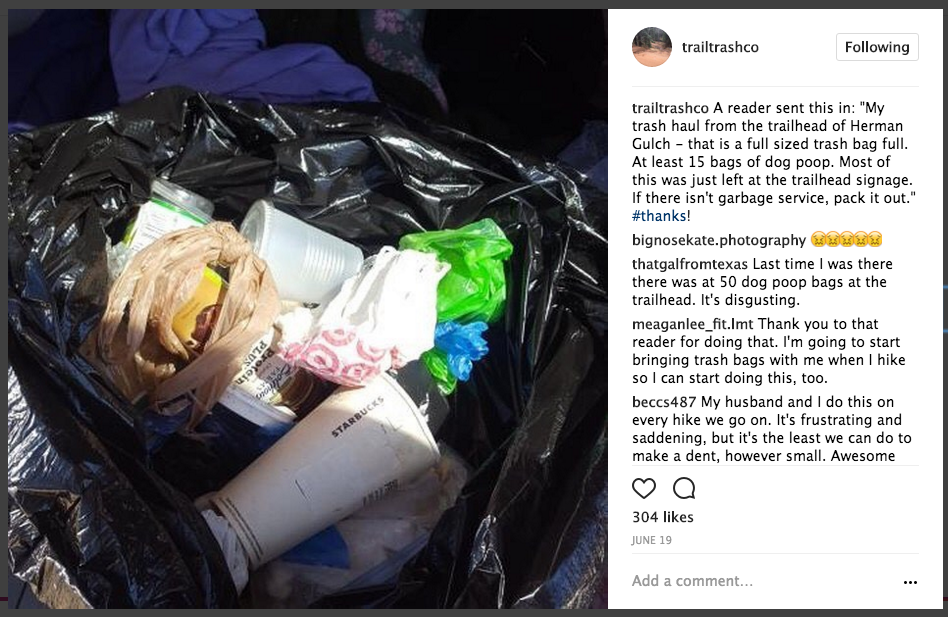 303: How do you see the ‘naming and shaming’ evolving in the future?

TTC: Honestly, I have no idea. This account has already gotten so far out of hand that I’d considered quitting. People have offered to buy the account from me (what the hell), and I get daily messages telling me to keep going. I’m not sure it’s sustainable though.

303: Can you expand on why it is important for you to stay anonymous?

TTC: While I’ve gotten almost exclusively positive feedback, there have been some concerning messages and threats on my well-being. I’m sure that they’re just internet trolls but I’ve seen what can happen when people get angry on the internet. I know people who have been “swatted,” and I don’t want to put the people I live with at risk because of my account. I don’t even want to reveal my gender, so “they” is what I prefer to be called. 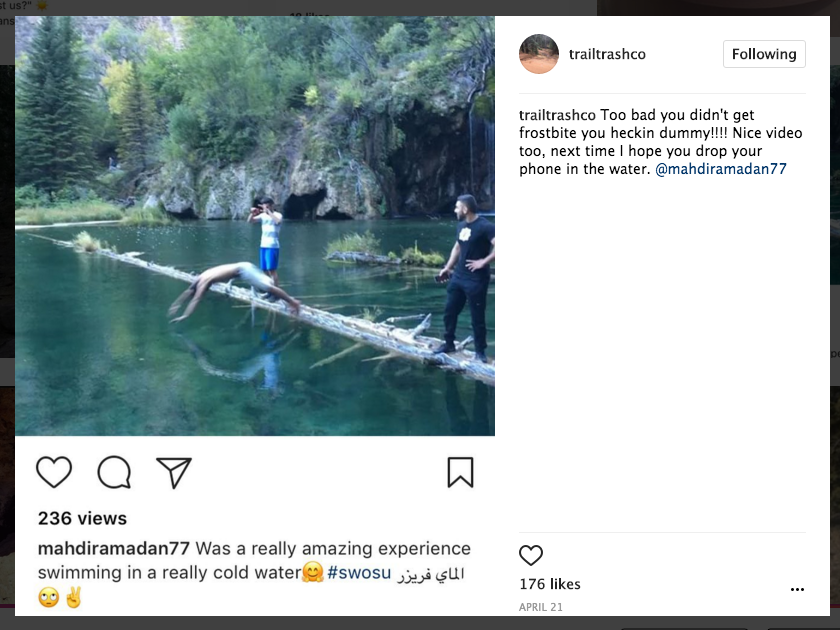 TTC: I get that people are upset when they see the things that I repost, but some people take it over the top. The Liquido Active case got fined and I think they deserve that. Josie, the girl who scratched her name in the rocks, got charged for vandalism and that’s going to be on her record forever now. I’m not sure how I feel about that. If it were up to me, the appropriate punishment would have been to make her go clean it up. I started the account mainly to antagonize the people who get caught ruining our mountains, but some of the followers take it to the next level. I think some of the angrier followers should chill out just a little bit before they fire off some hateful comments over the internet. I try to keep it lighthearted.