Bassnectar has been bringing the proverbial ruckus to Colorado for some time. The past few summers the Bay Area native has brought large, multi-night affairs to eager crowds ready for sonic immersion. Three nights at Red Rocks in 2015 was followed by last year’s two-night Bass Center at Dick’s Sporting Goods Park in Commerce City, complete with on-site camping and appearances from the Wu-Tan Clan, Flying Lotus, Porter Robinson and others. Each year the sheer enormity of the sound has caused fear, confusion and anger in the hearts of the venue’s neighbors. Last year’s event was even briefly confused for an earthquake. Huge sound, a large following of highly devoted fans and a defiant attitude that places the quality of the scene over the desires of cantankerous early-birds have set Bassnectar apart for some time. This year’s incarnation dubbed the Freestyle Sessions was no different. 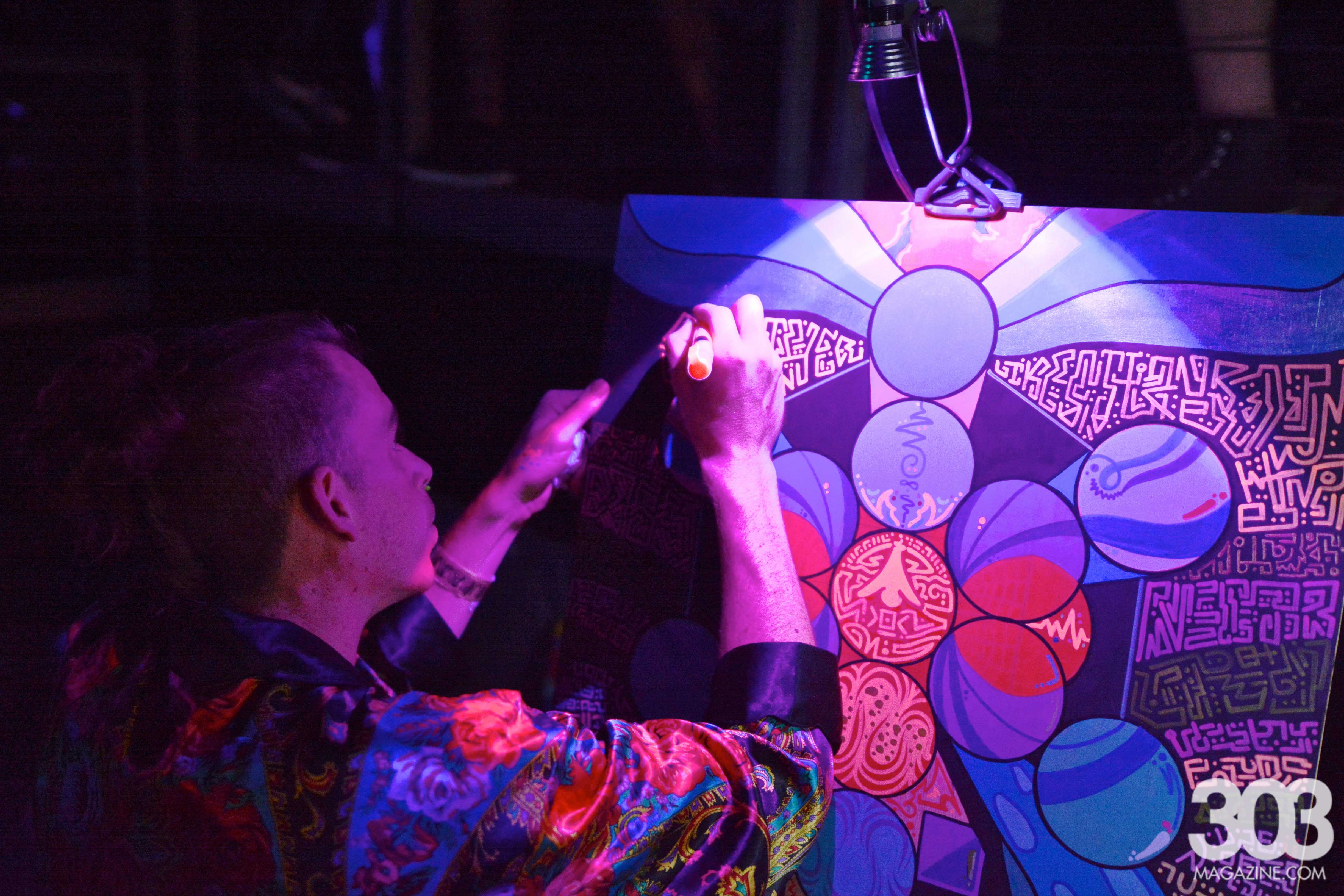 Consisting of three individually-themed nights at the 1st Bank Center in Broomfield the Freestyle Sessions set out to create an atmosphere that was reminiscent of classic rave-era parties that placed musicality and crowd interaction over the cult of celebrity that has come to characterize a great deal of EDM culture today. The festivity appeared to succeed in its ambitions, the 6,500 person venue was filled with party people from every corner of Colorado’s vibrant scene. Lighted hula-hoops, live painters and flat-brimmed hats were out in mass — plumes of smoke were also common occurrence. 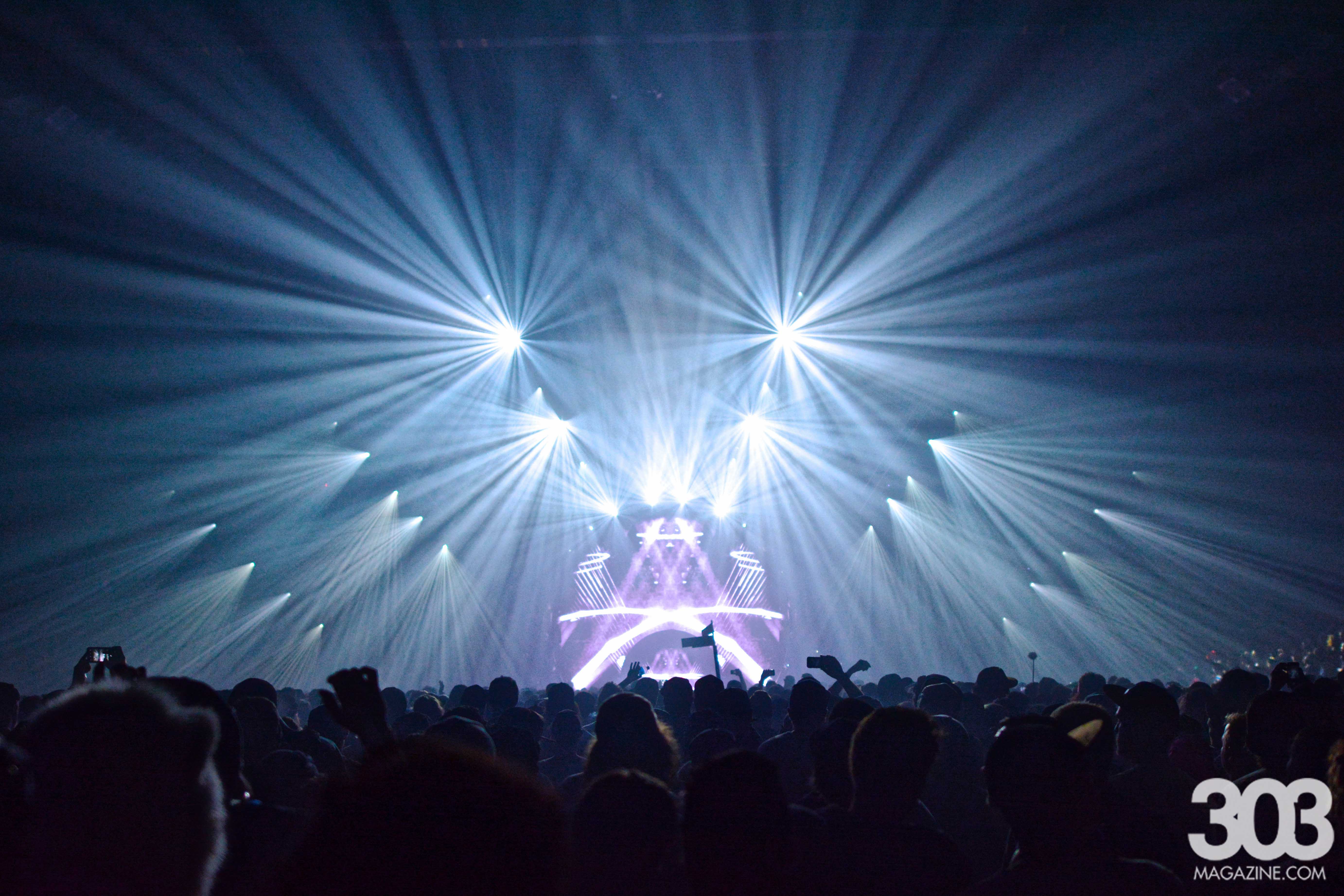 Night one kicked off with British Columbia resident Goopsteppa. The name alone left me expecting enormous, obtrusive dubstep with a vibe that was, for lack of a better term, sludge-y. What I was met with was quite the opposite. The sound was delicate and melodic with an enormous low-end that sat deep in the sub range. The intricate sound design gave the music something of an aquatic feel — audible water droplets could be heard during transitions, but more than that the sound evoked fountain-like tranquility. Berkeley resident Thriftworks followed, continuing the hypnotic ambiance. The final opener, New Zealand dubstep duo Truth, was in the same vein. Hitting the audience with deep and driving sounds reminiscent of the older UK-style the two smoothly warmed up the crowd for the impending madness, while continuing the entrancing atmosphere set up by the preceding acts. 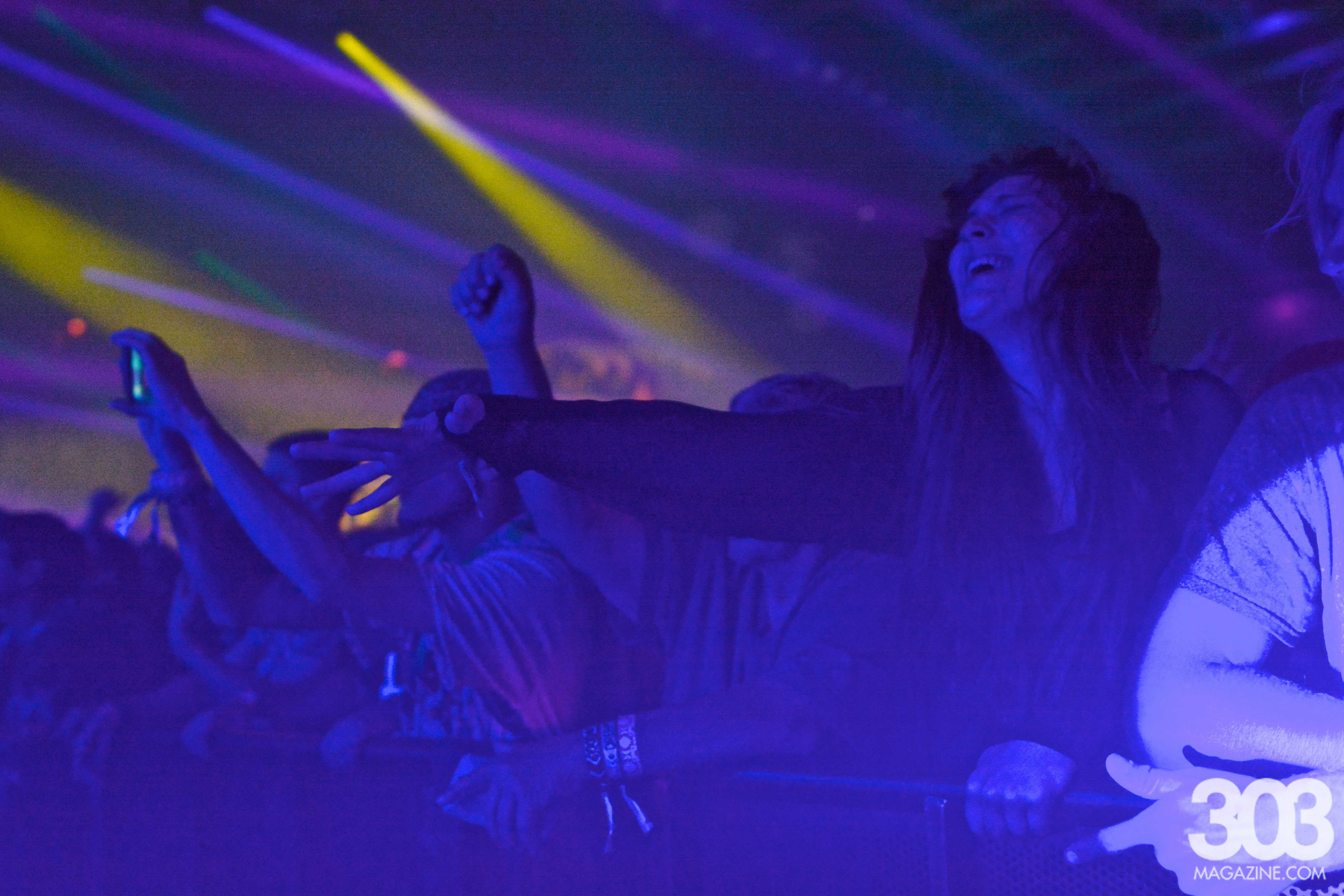 There was no announcement when Bassnectar hit the stage, but the volume took an immediate and massive boost. The set was all over the place but the music remained tremendous, expansive and at times even marauding. The evening’s theme, “freestyle,” stayed true to its name. Barely visible in a well-enclosed DJ booth the long-maned virtuoso was clearly in his element, successfully allowing the music to take center stage. Classic tracks “Belly Dancer” and “Alkher Illa Doffor” were set against newer, heavier sounds. Classic hip-hop made an appearance with Black Sheep’s “The Choice is Yours” receiving a high-intensity update. The result was at times incongruous — but for most in attendance, the stark contrasts did nothing to slow the energy. 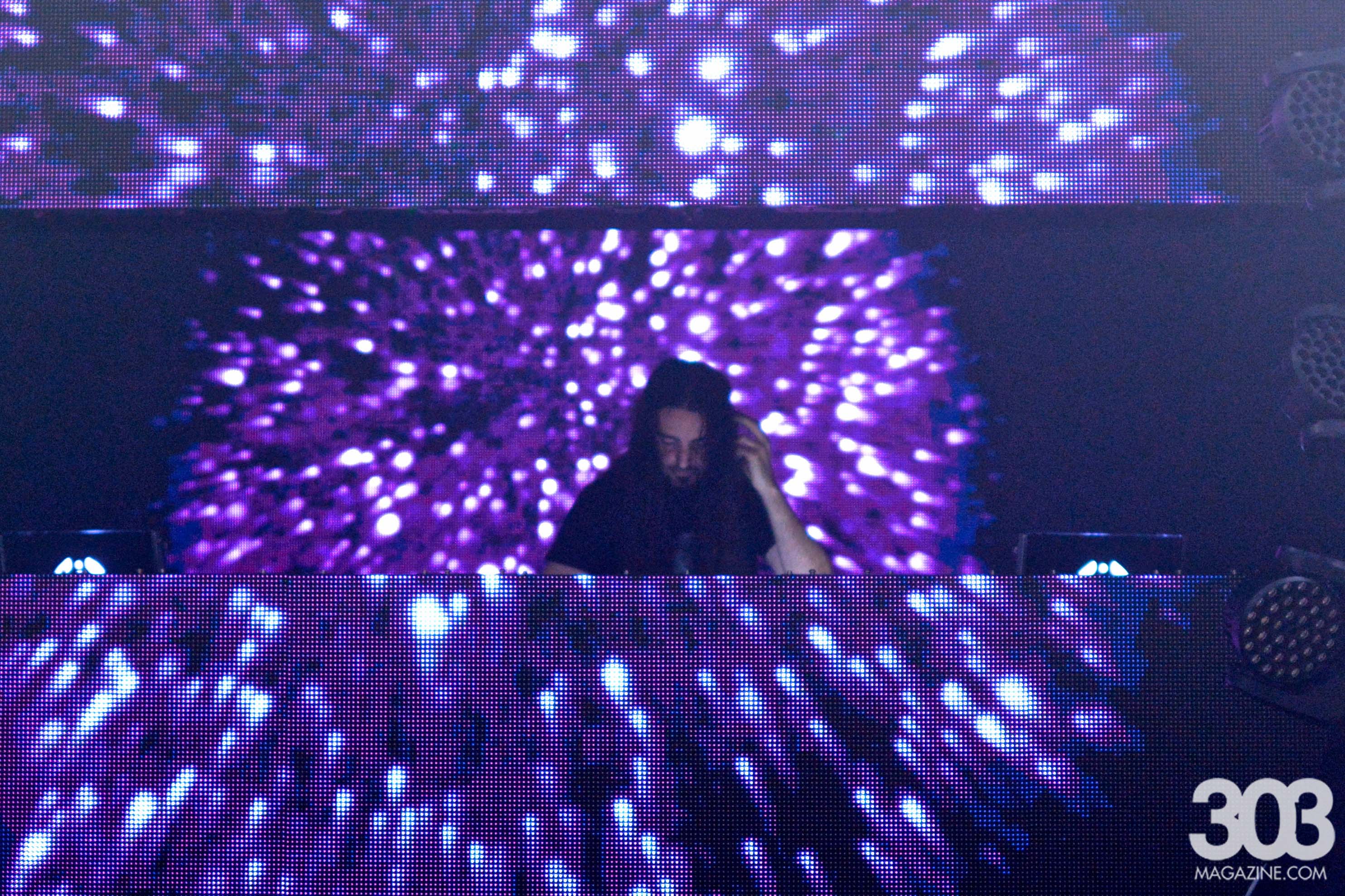 The choice of the enclosed 1st Bank Center was a wise one. The show was tremendous from beginning to end, though we believe it’s safe to assume that no one in Broomfield will be confusing it for a natural disaster of any sort. Only time will tell. One thing is for certain — regardless of location, the annual party continues to impress and inspire enough to draw excited crowds year after year.

All Photography by Will Sheehan. Check out our full gallery here.